With over seven years since the last Ninja Gaiden entry, we are incredibly excited to bring back fan-favourite ninja, Ryu Hayabausa, to the PlayStation 4 (and PlayStation 5 via backwards compatibility) on June 10, with the Ninja Gaiden: Master Collection.

With it being several years since the last game in the Ninja Gaiden series was released, we thought it would be a great opportunity to take a little walk down memory lane to see how Hayabusa came to be such a renowned character in the games industry. Along with that – a selection of combat tips to help you survive the challenges awaiting Ryu. 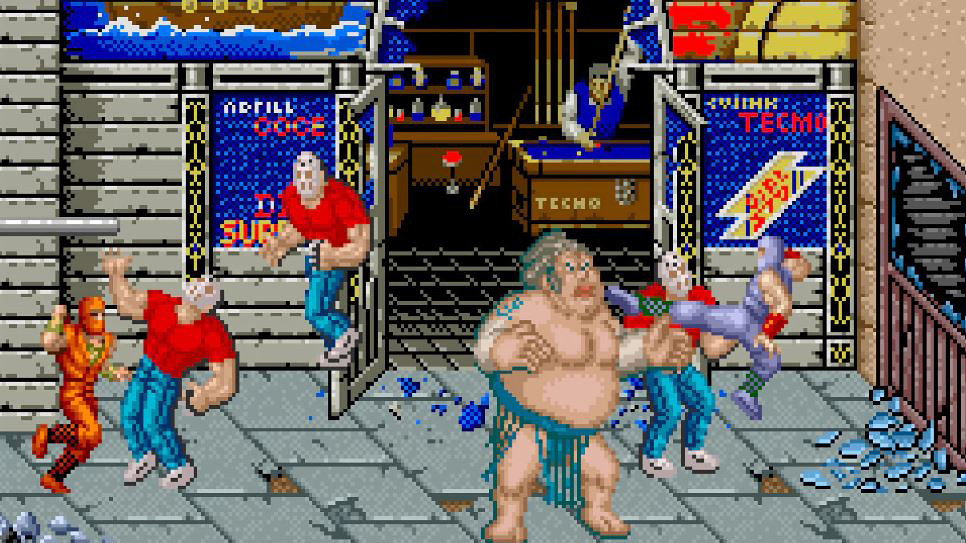 The Origins of Ryu Hayabusa

Hayabusa first graced our screens back in the 1988 arcade game, Ninja Gaiden, donning his classic blue ninja costume (which he also wears at the beginning of Sigma). In this first outing, he travelled across America in a side-scrolling beat ‘em up adventure to defeat an evil cult seeking to end the world. The game quickly became a hit across the world for its unforgiving white-knuckle gameplay, pushing players to bring their A-game.

With the series’ success, Hayabusa would go on to star in a variety of different home-console Ninja Gaiden releases, as well as appearing in the Dead Or Alive series where he became an ass-kicking mainstay, further rocketing his popularity as the ultimate ninja in video game lore.

Nearly 20 years after the arcade classic was released, Ninja Gaiden Sigma finally brought the brutally challenging gameplay to the 3D battlefield of PlayStation, making its long-awaited debut on the PlayStation 3. The developers of Team Ninja drew inspiration from popular action-adventure games and titles such as Onimusha, working by trial and error to come up with a unique identity for a modern 3D Ninja Gaiden experience. These games would challenge gamers with no-holds-barred fights, forcing them to improve their gameplay skills in order to progress – something very different from how the highly-difficult “masocore” style games of today (such as the Nioh series), which provide various options aside from full-on combat to empower yourself. These modern Ninja Gaiden games set the trailblazing standard for stylish action games thanks to their merciless but rewarding difficulty level!

With the series requiring you to hone your skills to overcome the challenge, we thought it would be best to provide some tips and tricks to Ninja Gaiden veterans and newcomers alike, giving everyone a fighting chance with the collection.

The ultimate ninja, Ryu Hayabusa, has incredible agility – allowing him to run along walls and jump between them to reach high-up locations. Be sure to get to grips with this ability early on in the collection, as it will allow you to efficiently re-position yourself in battle, as well as make it easy to reach secret locations to find unique items outside of combat.

Sometimes several enemies might ambush you all at once! A perfect way to wipe them out is to make use of the powerful ‘Flying Swallow’ technique. This ability allows Hayabusa to jump into the air and slash through several enemies quickly as he lands, in some cases decapitating those that stand in his way. Once you master this technique, you will be able to quickly recover and combine this with a flurry of other attacks.

One of Hayabusa’s old-school techniques from the Ninja Gaiden arcade game, the Guillotine Throw, makes its way into these modern entries! This popular ability is incredibly strong and allows you to eliminate enemies faster by grabbing their neck and tossing them into the ground or a wall. This attack isn’t only great at defeating enemies, but it is also a perfect way to move enemies around the battleground so that you have more breathing room when things get tough.

As a “super ninja”, Ryu Hayabusa is proficient with a wide range of different weaponry to help him on his adventure. One weapon type that plays an important role in battle, and is a ninja’s weapon of choice, is the Shuriken. Not only can these projectile weapons briefly stun an enemy from afar and open them up to deliver the perfect blow, they can be used mid-combo to help lengthen the amount of attacks you can deliver to an enemy – creating unique possibilities in battle.

These tips should help you get to grips with every game in the collection! As you progress through each title, you will meet many powerful foes, but keep your wits about you fearless ninjas and you’ll be able to overcome even the toughest of enemies. Ninja Gaiden: Master Collection leaps onto PS4 June 10. Do you have what it takes to become a master ninja?