Citizens of Appalachia, get excited: A new major update for Fallout 76 is here! The Locked & Loaded Update brings not just a new Season of unlockable content to the game, but also several eagerly anticipated features fans are sure to enjoy right out the gate.

To help us dive deeper into Locked & Loaded, Bethesda Game Studios Design Director Mark Tucker took the time to share his thoughts on all the exciting content now available to players, starting with an all-new Fallout 76 Season.

“For Season 4, Armor Ace will make his second appearance in the new Cold Steel game board,” says Tucker. “In Cold Steel, Armor Ace teams up with his other Power Patrol teammates, Ice Breaker and Oneshot, to take on the Yukon Five – led by Commander Chaos.”

As with past Seasons, players can look forward to unlocking all kinds of new content as they progress through the game board, including outfits, Power Armor skins, weapon skins, workshop items (including a new Collectron) on top of an assortment of consumable rewards such as Perk Card Packs, Scrap Kits, Gold Bullion and more. 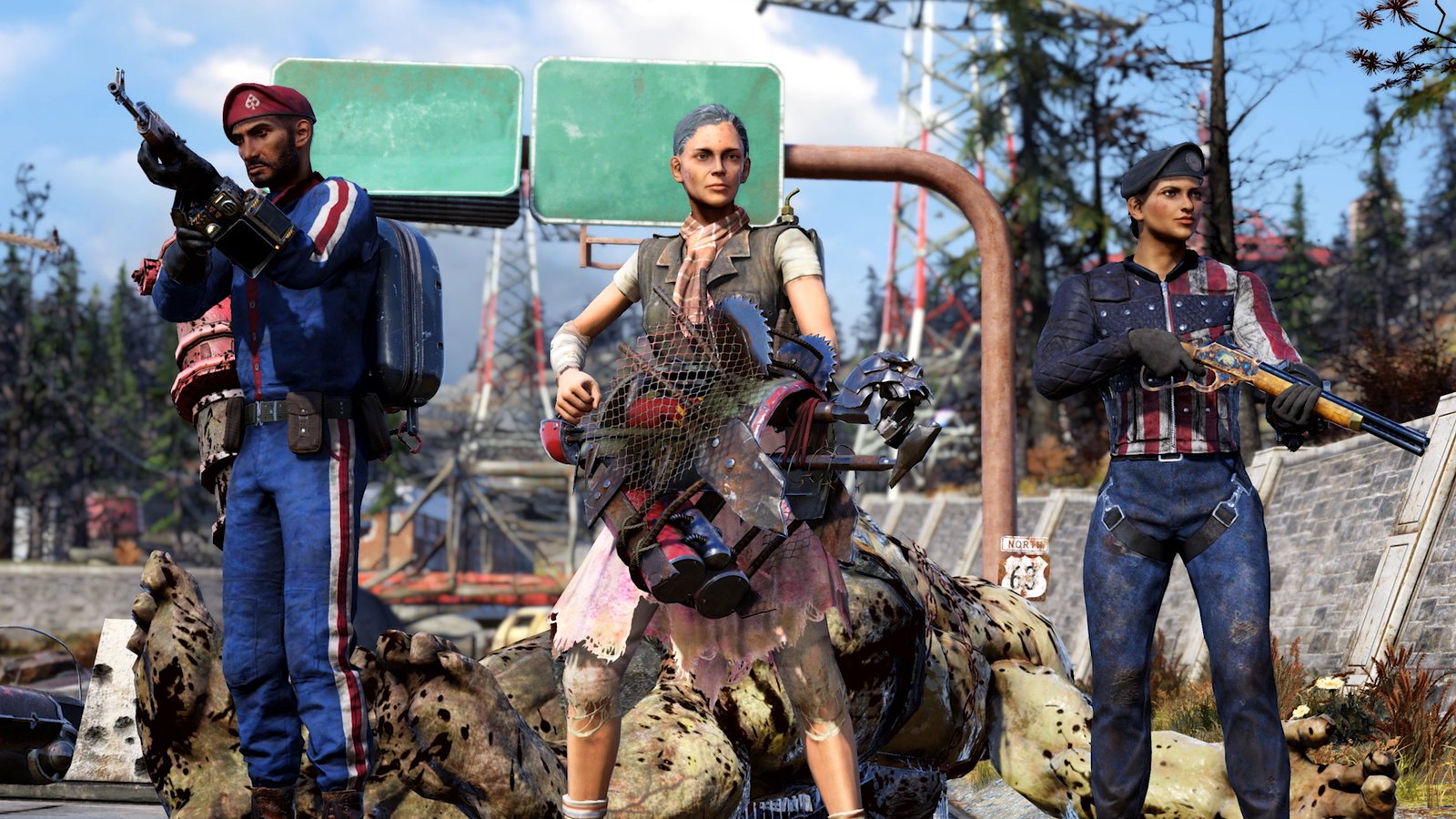 “My personal favorites from the upcoming Season are the Commander Chaos Power Armor skin and the Breath of Death flamethrower skin,” reveals Tucker. “The Commander Chaos skin might be one of the most unique and cool looking skins we’ve ever put in the game – and that’s saying something because we have some amazing and unique Power Armor skins in the game! The Breath of Death skin is going to put me on the hunt for a good Legendary Flamethrower to apply this skin to, because it is sick.”

Sounds like we’ll need space to show off all those goodies – thankfully, Locked & Loaded is giving all players an extra C.A.M.P. slot to help expand their territory in Appalachia! With that extra slot, avid builders can set up a new base of operations, hangout den, home away from home or whatever else they can imagine, separate from their original C.A.M.P. 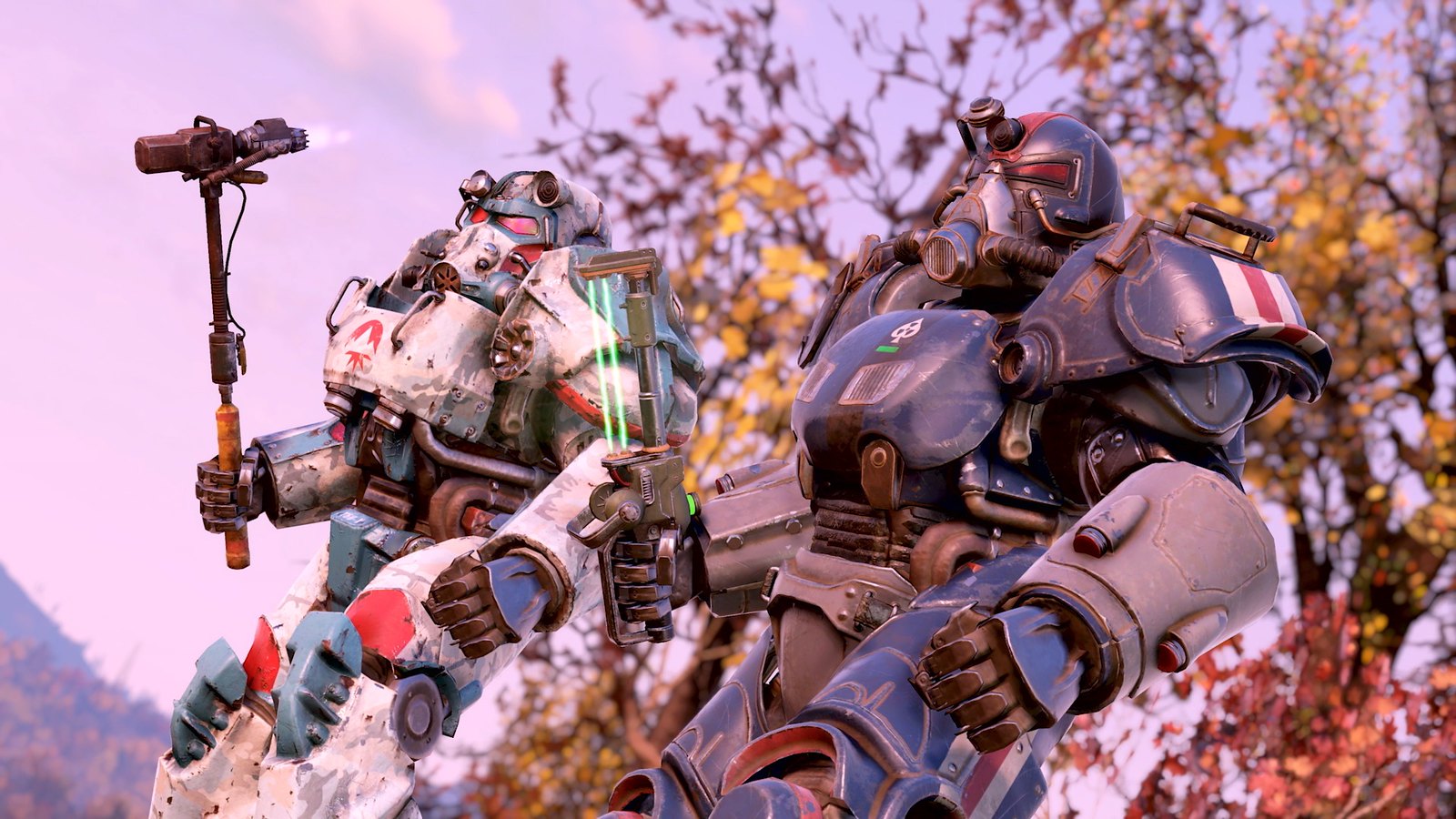 “No one needs to worry about how they get an extra slot. Everyone will get an additional C.A.M.P. slot when the Update goes live, for a total of two C.A.M.P.s!” says Tucker. “We’re also focused on addressing a lot of the feedback and suggestions from our players on [C.A.M.P.s and Shelters]. We hope to reveal more in future updates, so to anyone who likes to build stuff in our game: please stay tuned.”

“Players have been asking for this feature pretty much since launch, so it’s something we have wanted to get into the game since then,” says Tucker. “That said, we wanted to make sure we did it right and gave players something we thought they would really appreciate.” 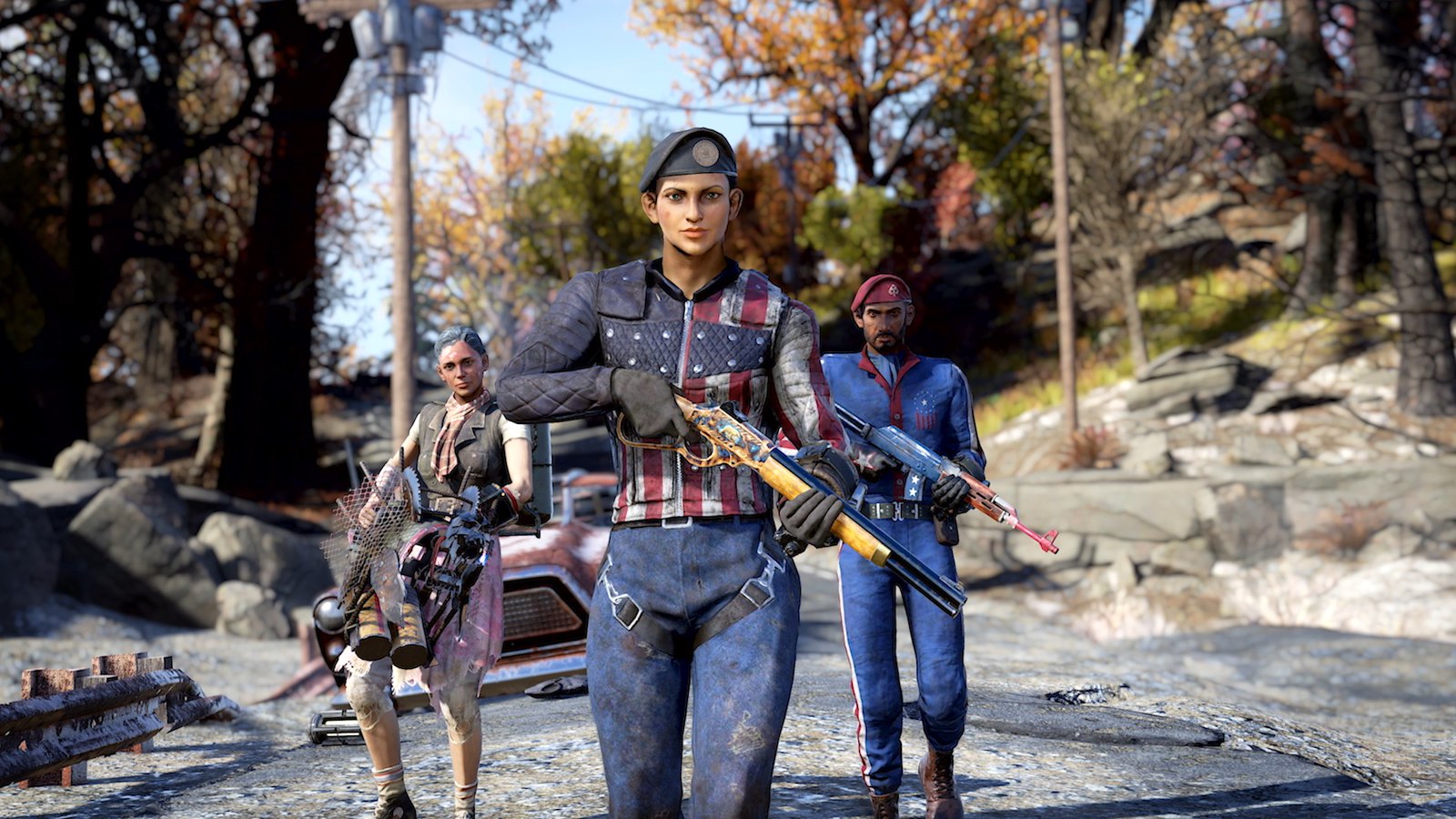 “Initially, we looked at making just Perk loadouts but the more we played with that design, the more we realized it fell short on providing players with the ability to truly change builds. So, we expanded the design to also allow players to not only change their Perks, but also their S.P.E.C.I.A.L points – this allows players to not only change the things they are good at (Perks), but also the ‘DNA’ of who their character is (S.P.E.C.I.A.L stats), which directly influences what they are good at. I also like knowing I can easily try out different builds whenever I get a good roll on new Legendary loot and not have to delete my “standard” build, and I can experiment with different S.P.E.C.I.A.L. and Perk builds without losing the one I am currently having fun with.”

Does the mission at hand call for fleet-footed stealth character? An especially hardy build with high Endurance? As much weapons proficiency as possible? On top of offering players more choice on how they play, loadouts are an especially useful tool for tackling challenges like Fallout 76’s Daily Ops missions. 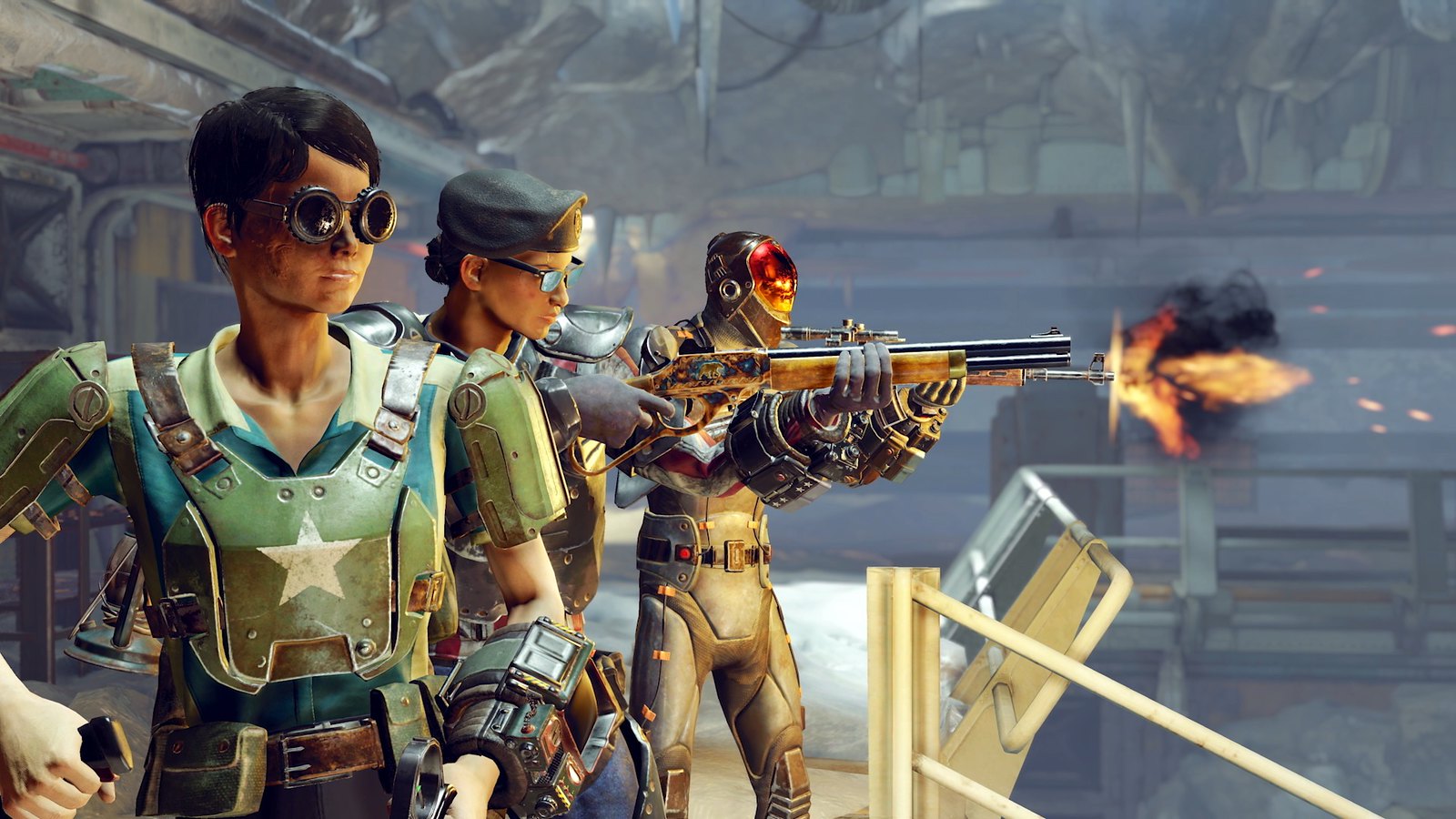 Speaking of Daily Ops, the Locked & Loaded Update brings a host of new locations and mutators to the Daily Ops rotation. Players can now encounter Vault 96, The Watoga Raider Arena and West Tek Research Center as they try their hand at Fallout 76’s recurring encounters.

“Each location has not only a unique look and feel, but also really changes the gameplay experience,” explains Tucker. “West Tek is a bit more maze-like with short sight lines and tight combat spaces, whereas the Watoga Raider Arena has much longer sight lines and more open combat spaces with lots of verticality.”

A new Daily Ops game mode, Decryption, also offers its own set of challenges, including hard-hitting enemies buffed with the armor-bypassing Savage Strike mutation. “Decryption encourages players to take out enemies before they can attack you,” explains Tucker. “Basically, it embraces sneak builds and stealthy play styles. If you are more of a ‘run and gun’-type player, you might find this mode a bit more challenging.” 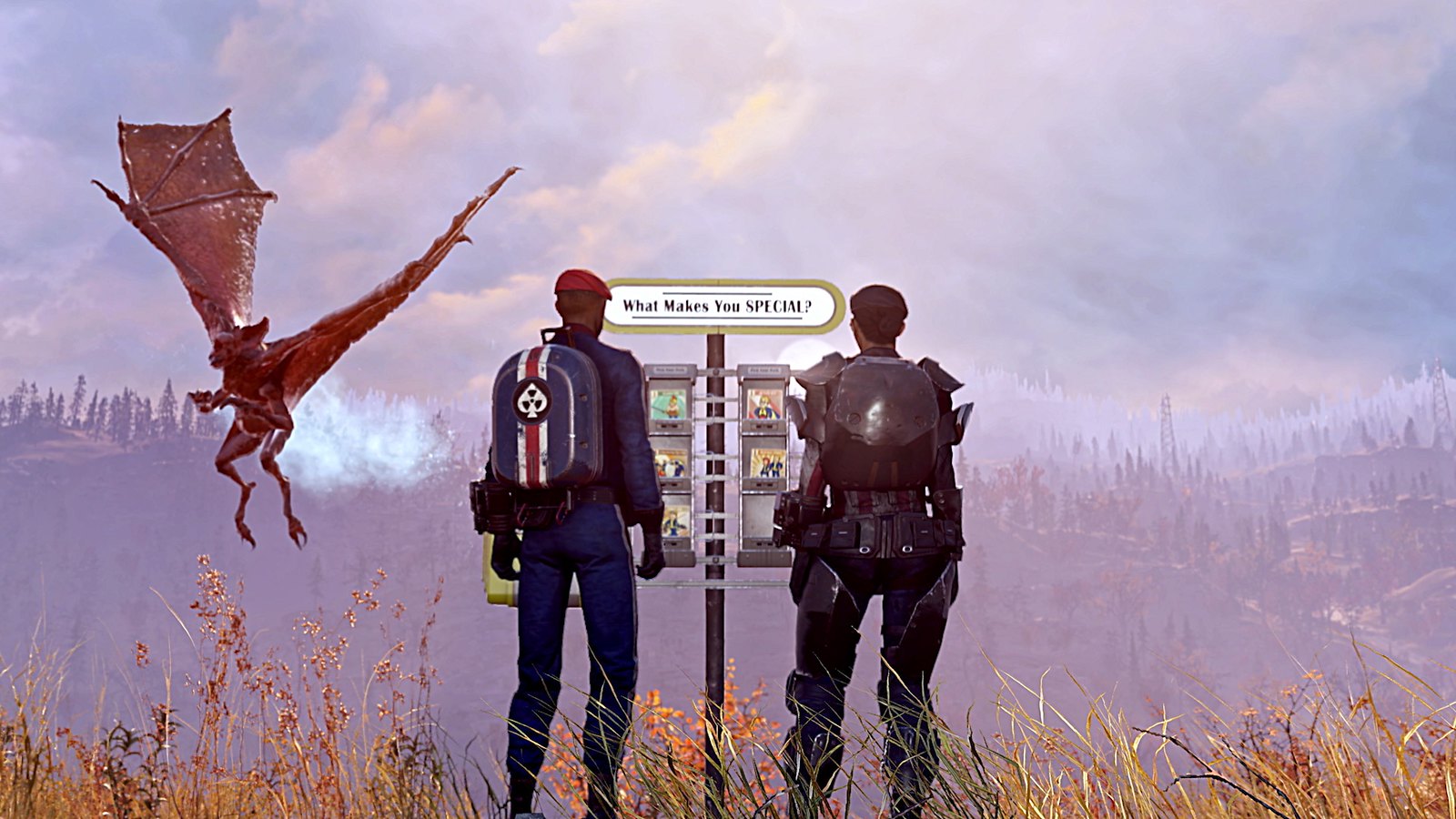 “Personally, I usually do pretty well in this mode with a teammate because I tend to play a sneak-rifle build. However, some enemy mutations like Resilient can make it far more challenging. When I see that one pop up, that motivates me to switch my build to be more melee-focused (which is pretty easy now thanks to S.P.E.C.I.A.L loadouts.)”

Regarding mutations, the latest batch of enemy buffs force players to embrace fresh tactics on the fly, spicing up the combat during a Daily Op. Toxic Blood enemies, for example, leave behind poisonous hazards on death that can deal tons of damage to unaware players, especially in crucial chokepoints or objective areas. Meanwhile, Group Regeneration allows enemies in proximity with each other to heal at a very rapid rate and the Swift-Footed mutation greatly increases enemy movement speed, keeping players on their toes at all times. 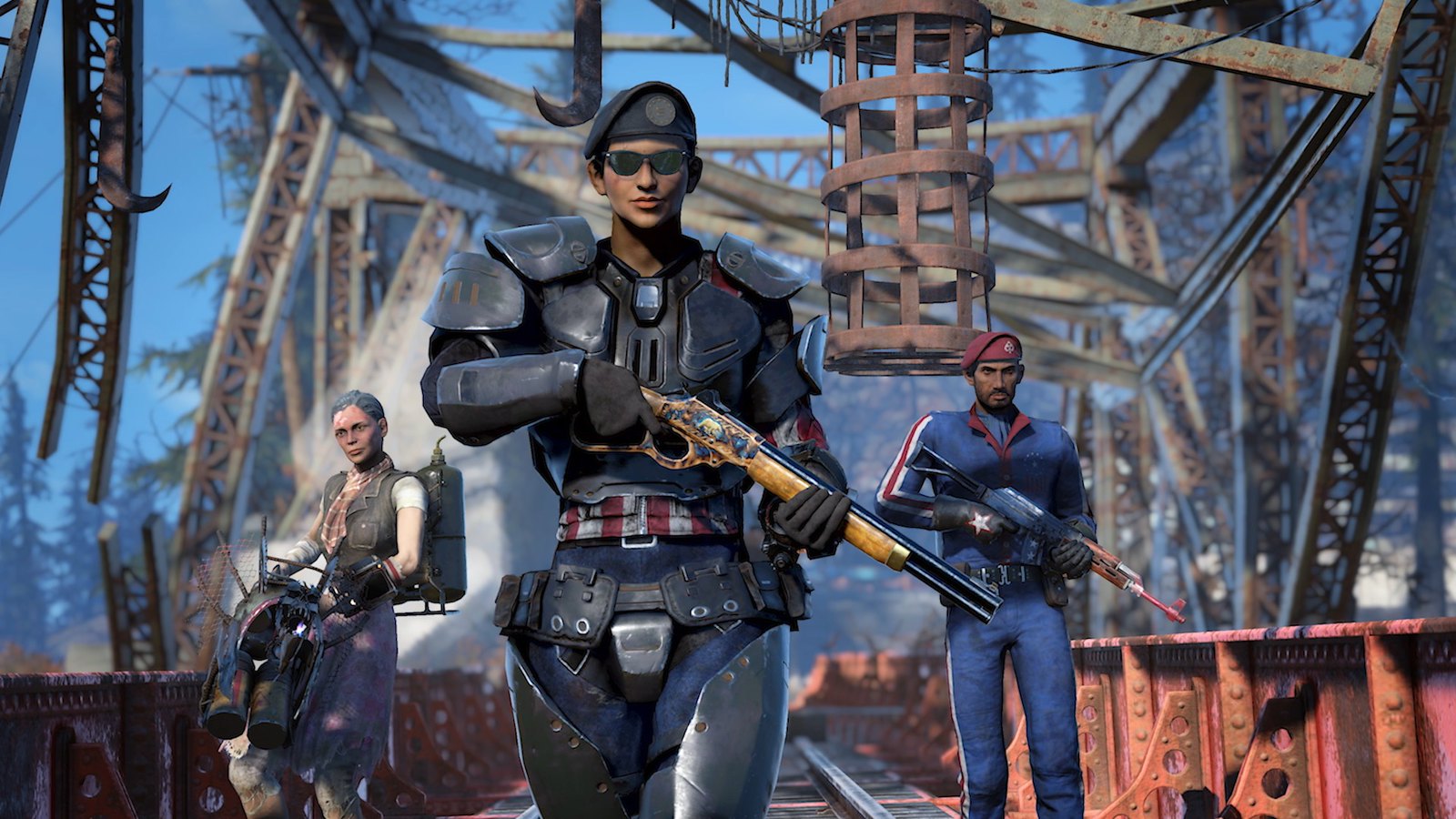 As for what’s next for Fallout 76, the team at Bethesda Game Studios is always looking ahead and welcomes community input, from new features to Daily Ops locales. “We have some ideas, but we aren’t ready to share them just yet. I encourage our players to continue offering up their suggestions on locations they would like to see added!” concludes Tucker. “Player feedback and input is an important factor that helps us with our decisions.”

The Locked & Loaded Update is available tomorrow for all Fallout 76 players. There’s no better time to emerge from the Vault, so download Fallout 76 from the PlayStation Store and start your adventure today on PlayStation 4 systems (as well as PlayStation 5 via backwards compatibility.)