Prepare to return to the ultimate medieval battlefield April 23 to 26.

At long last, the battle shall commence! We’re excited to announce that pre-orders are now available for Chivalry 2 on PlayStation 4 and PlayStation 5 Both versions come with a guaranteed spot in the Cross-Play Closed Beta on April 23-26.

The Chivalry 2 Closed beta is guaranteed with all pre-orders of the game and will be available on April 23, 2021 at 7:30am PT / 3:30pm BST / 4:30pm CEST. To download it to your PlayStation 4 or PlayStation 5 system, visit the Chivalry 2 page at PlayStation Store, and simply add the beta to your library.

To celebrate the news, we present this special animated trailer that reveals the motivations of the Agatha Knights – one of the two factions you’ll play as in Chivalry 2 along with the Mason Order.

Buy Chivalry 2 on PlayStation 4 and you’ll get a free upgrade to the PlayStation 5 version.

Chivalry 2 is enhanced for PlayStation 5 and features 4K visuals and DualSense controller adaptive triggers and haptics. A few examples:

Chivalry 2 is a multiplayer first person slasher launching June 8 that throws players into the thick of epic, medieval warfare. Fight in massive 64-player battles across a variety of maps that feel straight out of the best medieval movies of all time. Whether you’re sieging a walled city to assassinate the heir to the throne, or setting a village on fire while peasants (and chickens) scream in protest – in Chivalry 2 you’ll use the freedom of traditional FPS-style control to become a whirlwind of steel on the battlefield. 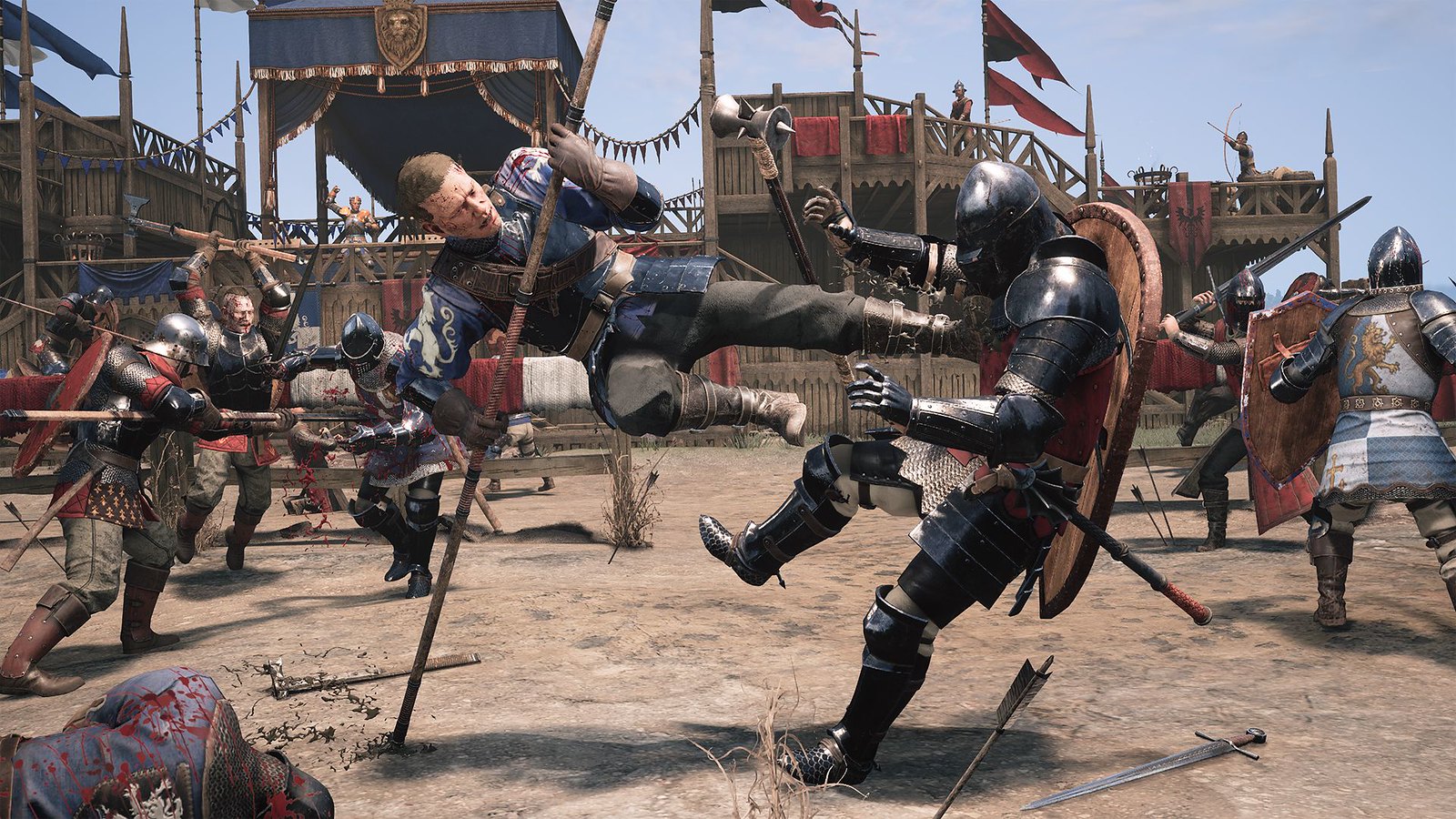 Our team Torn Banner Studios is composed of industry veterans as well as members of the original development team for Chivalry: Medieval Warfare (2012). Chivalry 2 began development in 2017 and we’re so excited to finally unleash the full game in June 2021.

The Cross-Play Closed Beta (April 23-26) will be a global test with servers available worldwide.

Here’s a tease of what you’ll be able to try out in the Cross-Play Closed Beta:

The full release will include all of the above — and more. In total you’ll fight in five unique Team Objective mode maps, which are sprawling, multi-stage levels where attackers have to push through each stage successfully or risk the entire game ending early. Siege entire cities in this mind-blowing game mode that truly feels like all-out war on a massive scale.

Chivalry 2 at full release will also have three additional, normal size maps to conquer in traditional Team Deathmatch and Free-for-all modes. But the conflict won’t end there! Much, much more content will be added after launch, including more maps, weapons and game modes.

As the battle approaches, here’s five tips for how to succeed in the Cross-Play Closed Beta: