Master all the drone skills you need to fly, build, and race drones like the pro pilots on PS4.

The Drone Racing League Simulator, the official game of the Drone Racing League (DRL), the #1 drone racing property in the world, is now on PlayStation 4. If you’ve ever dreamed about flying FPV (First Person View), DRL SIM is the fastest, easiest, and most cost-effective way to get the drone skills you’ll need to soar while experiencing the most immersive, out-of-body sensations only FPV drones can provide.

DRL drone and simulation engineers built the simulator with true-to-life drone components, physics, and aerodynamics, enabling players to fly, build and race drones exactly the same as in real life (IRL). The world’s best pilots fly in DRL and train, compete and win professional contracts in the DRL SIM — as seen on NBC, Twitter, Facebook and other premier sports networks around the globe.

And now you can, too! Download the DRL SIM today to master these drone skills:

The DRL SIM features 54 training missions that’ll teach you how to hover, pitch, yaw, and other skills you’ll need to learn to navigate a drone without crashing and breaking the bank on your new drone.

Each mission takes only a few minutes and you can hop around the training as you like, but be prepared: the challenges get harder as you advance.

You’ll get real-time feedback to help you improve and once you complete the tutorial, you’ll be able to fly high-speed FPV drones IRL nice and smooth — because as DRL pilots know — slow is smooth and smooth is fast. 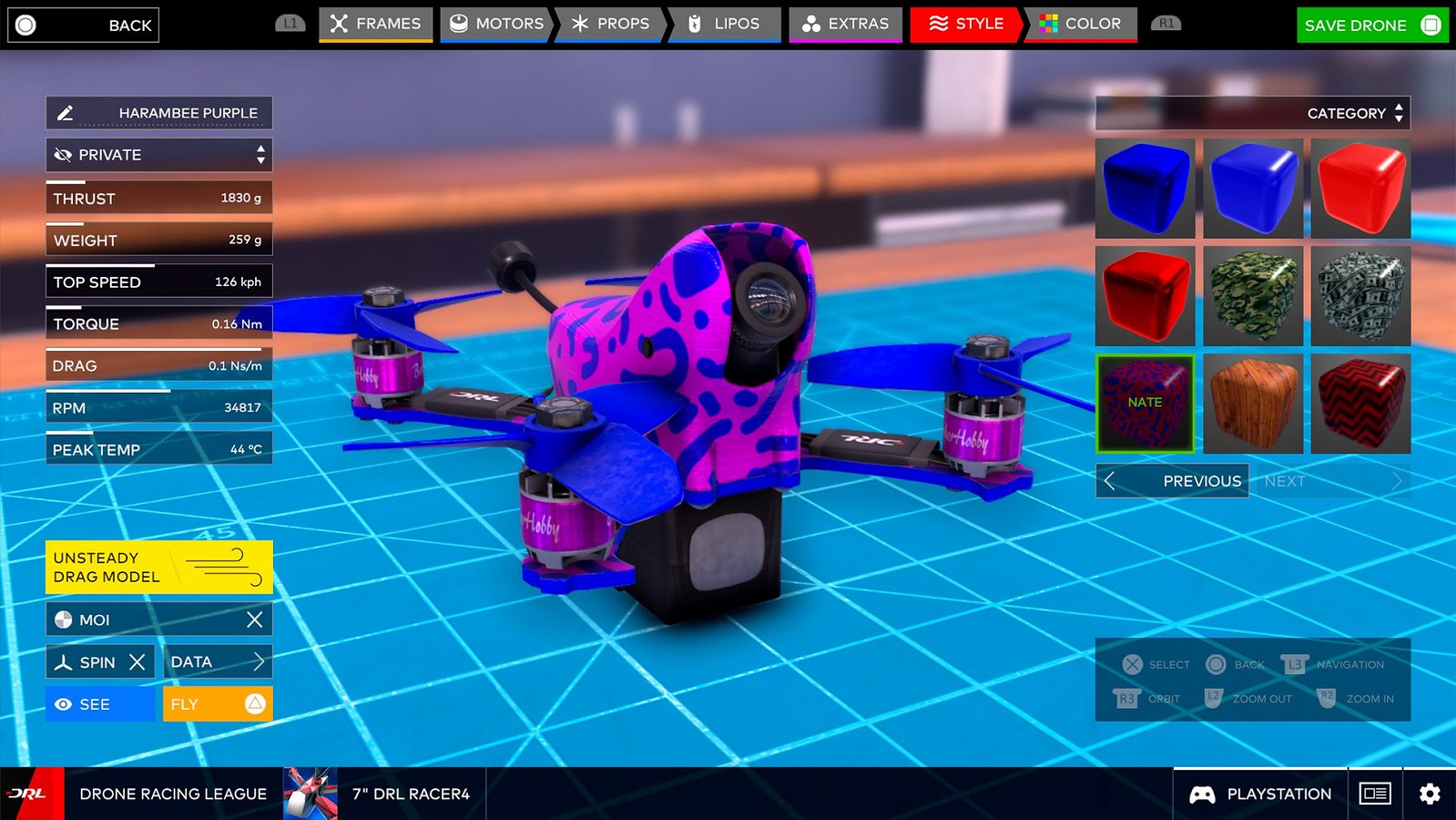 With the game’s interactive workbench, you can choose from real DRL drones flown by the best pilots in the world or design your own supercharged drone through tens of thousands of different combinations, customizing everything from the drone’s size, weight, thrust, prop colors, and more.

Choose from thousands of motors, batteries and props, licensed from top drone manufacturers, to control the air flow, set top speeds, and control launch-to-flight acceleration rates. Plus, you’ll get to unlock over 50 epic drone skins to cover your quad with a sleek canopy.

Make your one-of-a-kind drones public to share with other players in the DRL SIM community too, or keep them private and hog that quad for yourself.

Race like the DRL pros through a real-time multiplayer mode, battling it out against friends and competitors across more than 20 unique maps — including 18 replicas of real DRL courses as seen on TV — like the sports and entertainment arena, Allianz Riviera in France, U.S. Air Force Boneyard map of a deserted airport, and Hard Rock Stadium, home to NFL’s Miami Dolphins in Miami Gardens, Florida.

Navigate nonstop obstacles including diamond-shaped gates, tight corners and real-world forces like gravity and turbulence. Watch your performance in the advanced replay system and compare your times against players and pros on the leaderboard. And take your new drone skills for a spin offline to feel what it’s like to fly like a bird, soaring through the world from a drone’s eye view.