The benefits of the DualSense wireless controller are obvious given a typical scenario for a skilled ranger. The enhanced haptics emulate power surging through the bow. Adaptive triggers convey the string tension as it reaches maximum potency. The feedback of a killing blow delivered to the player through a satisfying pulse. The reverberation of an explosive arrow fired into a crowd of enemies. These are just some of the advantages provided to those playing Hood: Outlaws & Legends on PS5 as it reinforces the experience when playing as the master archer, but many other areas of the game have also been augmented with new features.

A new, deep look at the intense gameplay of Hood: Outlaws & Legends

As stamina depletes in melee combat, the resistance on the trigger increases to signify the strain and reduces the effectiveness of performing the action. This is in addition to receiving incoming impacts and dealing damage to foes, both signified by the haptics. The former is very aggressive, helping to convey the sharp strike of an arrow or the crushing blow of a hammer taken during an enemy encounter. In contrast, the latter is more subdued, a satisfying drum accompanies positive actions such as landing a hit, the intensity of which correlates with the damage dealt. These approaches help players’ to focus on the intended target or incoming danger by providing them with an additional layer of feedback and reducing the need to look elsewhere for a status update. 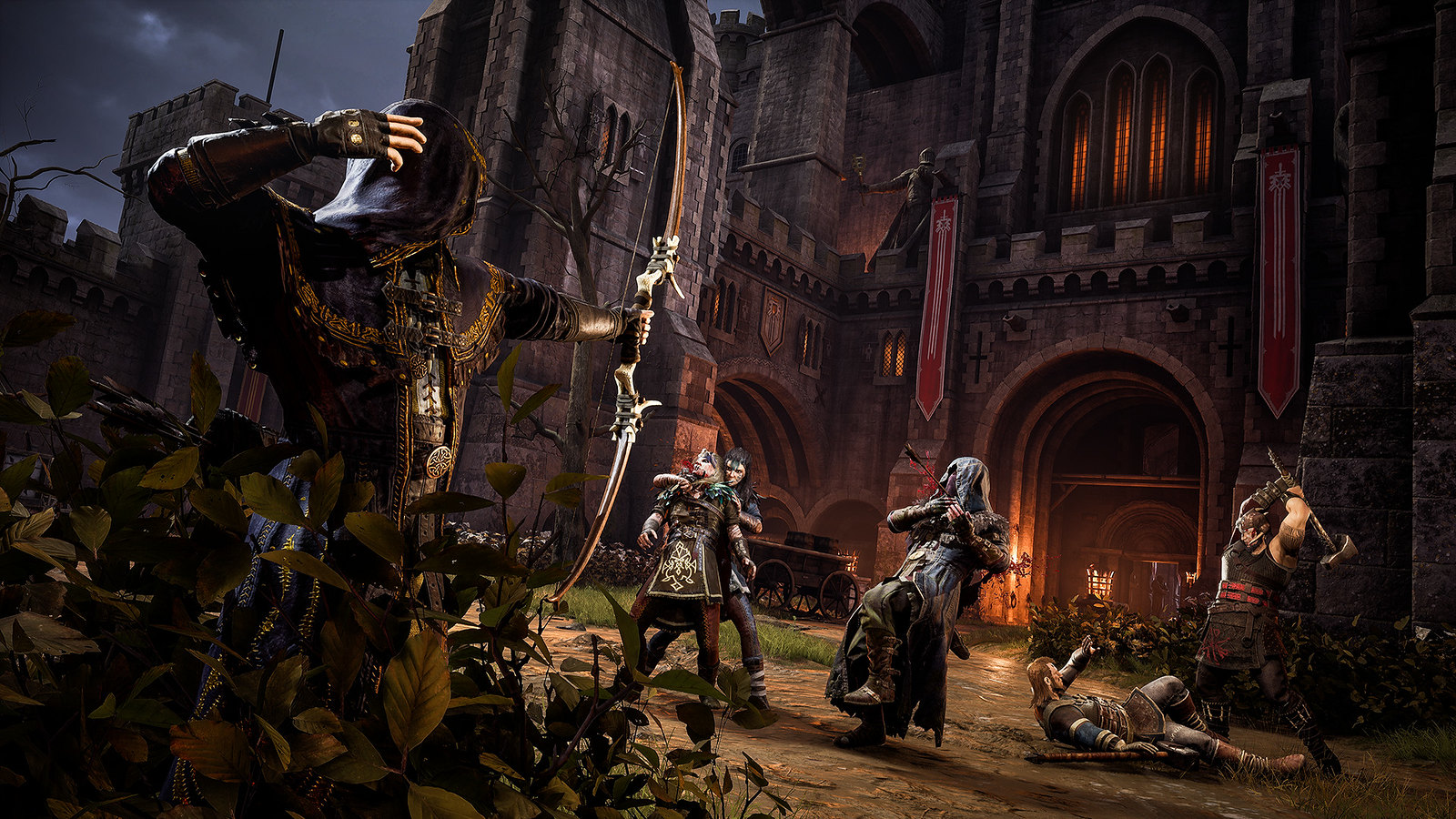 The DualSense controller also helps ground players as they traverse the world. When transitioning into a slide from sprinting, the coarse gravel that litters much of the world grinds against the player as they strive to get back into a stealthy position. This is in contrast to falling from a height which penalises such an action with a forceful thud, reinforcing the damage taken from a harsh landing. Doors, on the other hand, are environmental blockers that can be lock-picked or barged open. Depending on a given character’s approach, the enhanced haptics bolster or suppress the interaction with consequential feedback.

For individuality, there is a signifier to convey when each of the playable character abilities has been triggered. Due to their infrequency of activation, this further amplifies their personality and unique appeal for each gameplay role. In the case of The Brawler though, a man mountain of a character, he is also able to lift and withstand the weight of a portcullis, used to bypass defences. The DualSense controller supports the unrivalled strength and power required to perform such a feat which synergises with the interaction. 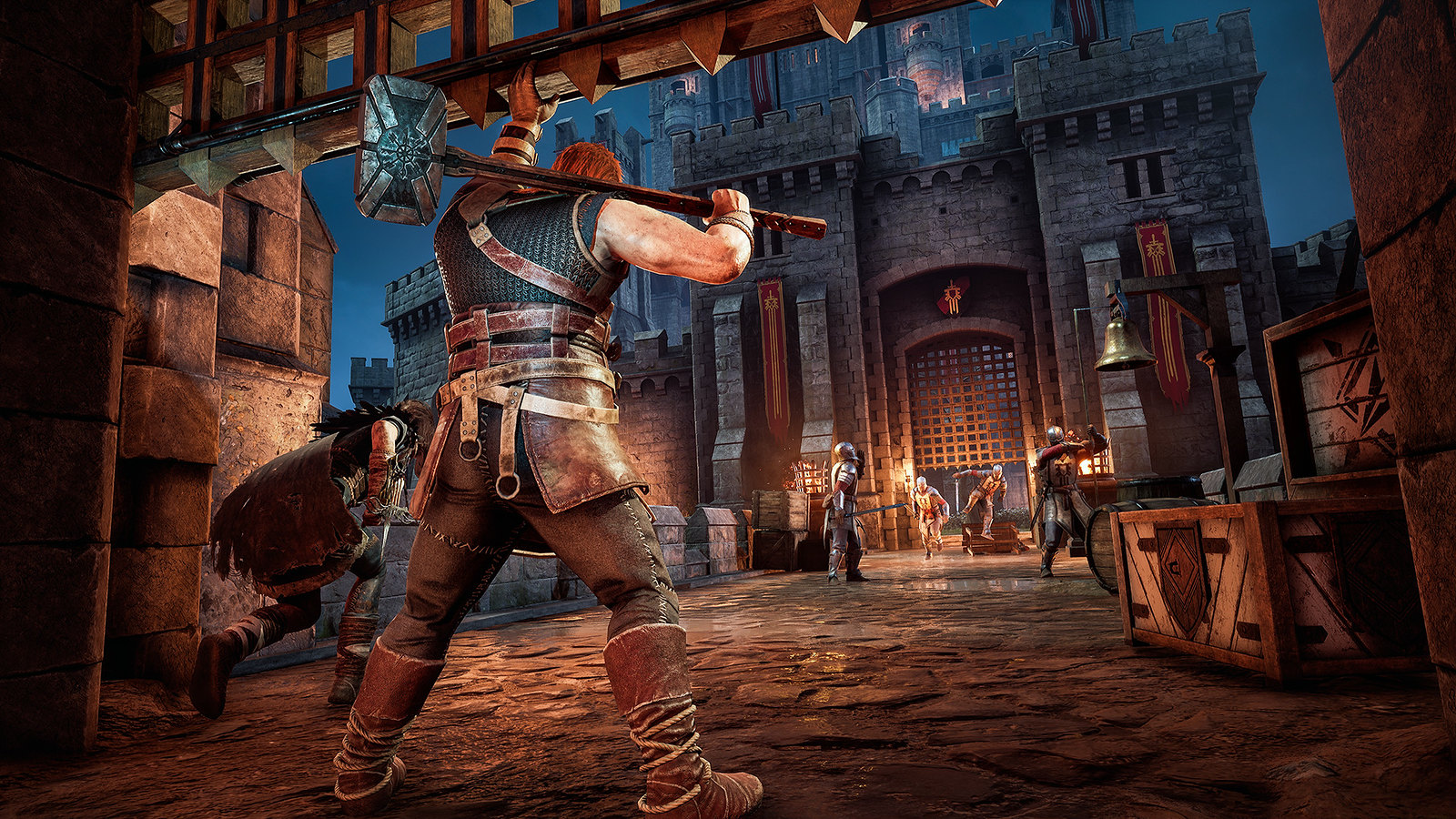 Steal from the rich

The predominant goal of the game though, is to escape with the riches found within a multitude of fortified buildings. The Sheriff, a patrolling warden capable of executions, is carrying the key to the treasure vault, and his position in the world is randomised. Thanks to the DualSense controller though, the task of locating him is made a little easier due to the directional haptics that convey his footsteps, the strength of which increases when he is in close proximity. This allows teams to both avoid the significant threat he poses and to strategise their approach in acquiring the key. 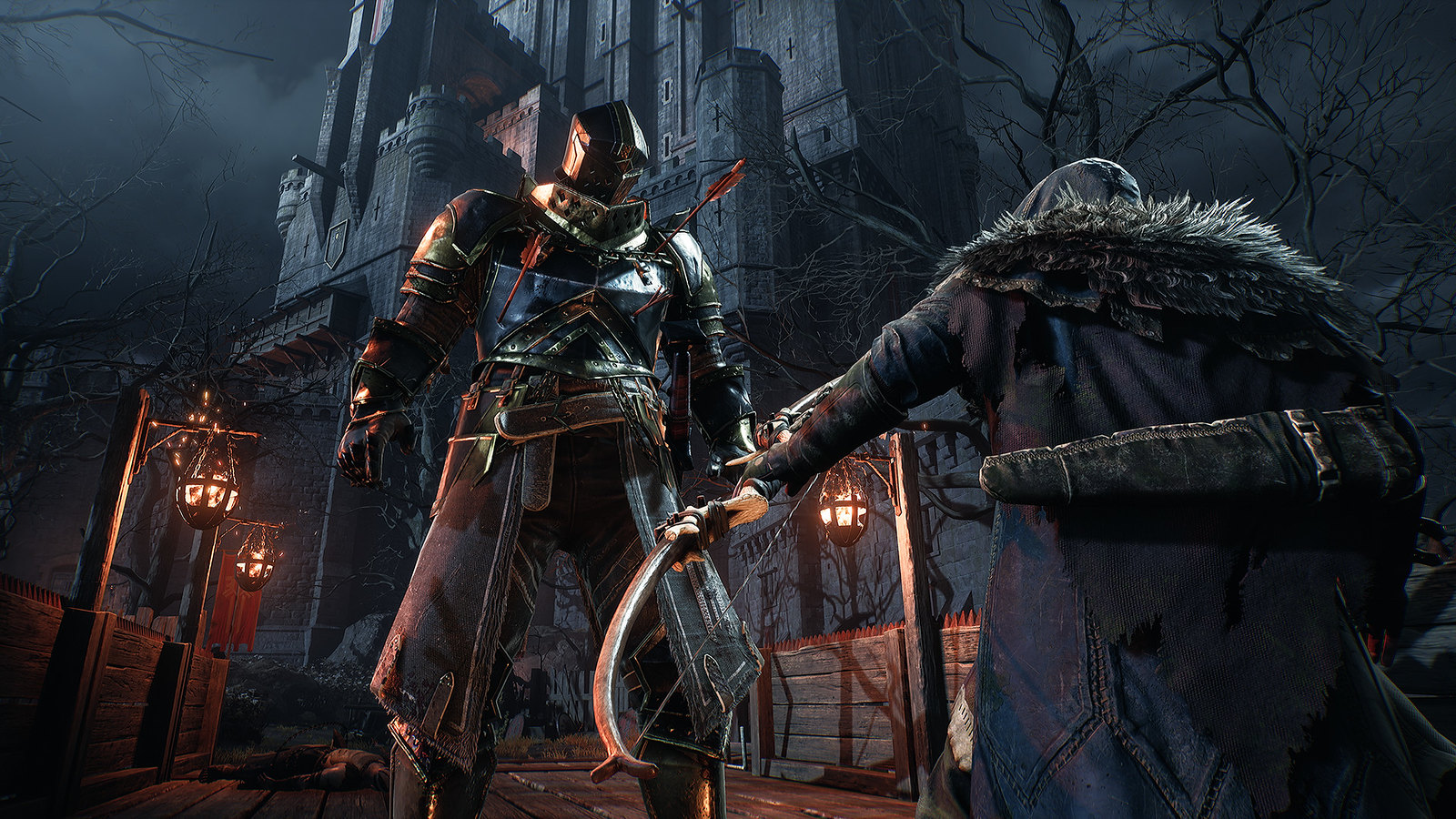 Once the vault has been accessed, the treasure chest must be slowly carried to the extraction zone. The objective carrier is burdened due to the excessive amounts of gold found inside and alternating footsteps pound on each side of the DualSense controller in sync with the movement. When the treasure chest is dropped, the scattering of gold nearby dissipates in the player’s hand, leaving them to reflect on what could have been earned.

Upon successfully depositing the chest onto the winch, our take on a medieval getaway device, the player is tasked with cranking a handle to extract. What begins with a subtle hum in the player’s hands soon ramps up to a rattle which oscillates with the crank as it is rotated at a frantic pace, further adding to the tension and panic of a daring escape.

Working on the game in tandem with the DualSense wireless controller has been a fantastic experience and we hope you get to feel the benefit for yourselves upon release.

Pre-order Hood: Outlaws & Legends now for PlayStation 5 and PlayStation 4 to play early on May 7 and receive the Forest Lords Pack!