Greetings, everyone! Matt “Bayohne” Hilton here from the Final Fantasy XIV community team, and I’m excited to bring you more details about the PS5 version of FFXIV launching into open beta tomorrow.

The PS5 version of FFXIV brings many new enhancements to the game that make use of the console’s power and features, so we wanted to give you an introduction as to what you can expect.

If you hadn’t caught the first showcase of the PS5 version, check out the reveal trailer below.

There is even more coming with the PS5 version, and we enlisted the help of Final Fantasy XIV Lead Project Manager Shoichi Matsuzawa to dive into the details and what to expect.

An open beta without limits

We’ve mentioned the start of our open beta a few times, but what exactly does this mean? Most importantly, this open beta doesn’t mean limiting what you can play.

Even if you haven’t played FFXIV on the PS4 yet, this is still the perfect time for those of you with a PS5 to hop in.

Shoichi Matsuzawa: “During the open beta period, players who own the PS4 version of FFXIV can experience all of the same content, but on PlayStation 5. The Worlds (or game servers) that you’ll connect to are the same ones that players on PS4 and other platforms play on, and there are no restrictions from a functionality perspective for open beta participants.

We are launching into an open beta as a precaution, since there is a massive amount of existing content in FFXIV. If we do not see any critical issues, we plan to transition straight into official service.”

Matsuzawa: “If you are starting FFXIV fresh, the Free Trial version will also be available during the open beta on PS5—you can play A Realm Reborn and the first expansion pack, Heavensward, up to level 60. Worry not—your character, progress and everything else will carry over to the full version.

The full version for the PlayStation 5 will be available after the conclusion of the open beta, so we would encourage new players who start on the free trial to consider switching over to the full product version.”

The PS5 version will make FFXIV look better than ever before with new display options and improved frame rates. Here are some of the specifics:

I wouldn’t want to make sweeping generalizations since there are so many different types of content in FFXIV, but in general, WQHD (1440p) and Full HD (1080p) should run at around 60 FPS during normal gameplay, and even in 4K (2160p) you should see frame rates around 40 FPS—significantly higher than the PS4 version.

Of course, there are some instances where you have a few dozen (to a few hundred!) players gathering in certain areas, which places a heavy load on rendering, but even then I believe you can still achieve around a stable 30 FPS.” 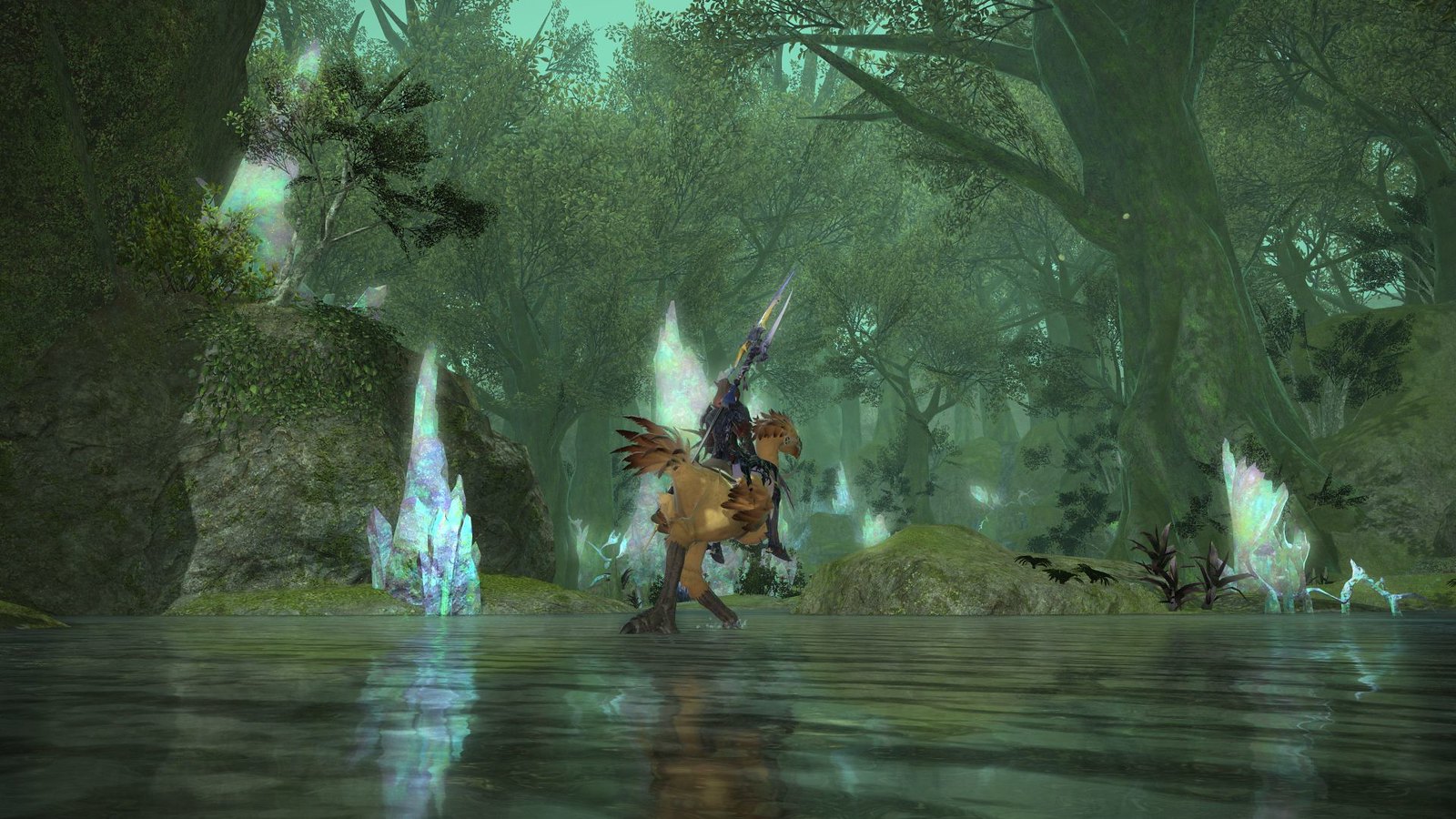 A crisp and clean UI

In addition to new resolution options, we’ve also updated the in-game menus and UI so your inventory, Armoury chest, and action bars look stunning as well!

Matsuzawa: “Final Fantasy XIV’s UI was originally intended for a 720p display, so we worked to up-res those original images for the PS5 version. Naturally, going through each and every item, equipment, and ability icon by hand would have been impossible to achieve in a short amount of time, so we incorporated a few tricks to find ways to be efficient; for example, we utilized AI tools to boost the resolution and tweaked any parts of the icons that needed it by hand.

Aside from the UI elements, things like the font has a higher resolution now as well, so overall these elements will look a lot smoother.” 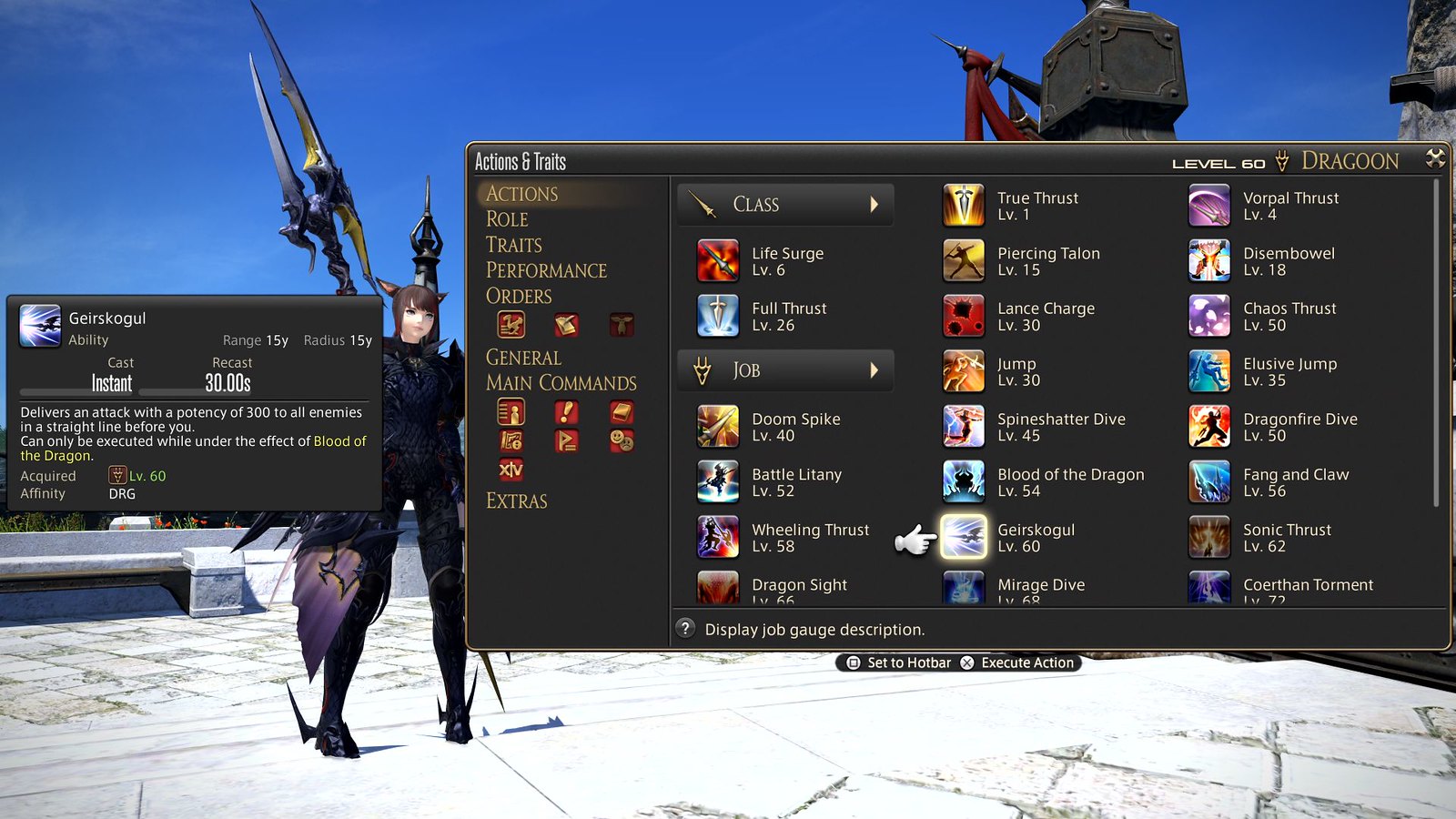 Get where you want to go faster

I’m fairly certain this might be one upgrade a lot of our players are excited about! Utilizing the PS5’s SSD will allow you to teleport between areas quicker than ever before.

Matsuzawa: “I’m sure if you took a look at our PS5 trailer you’ll have noticed, but load times are now faster for both logging in and traveling between areas using teleport.

We actually did some code refactoring on the log-in processes etc. as well, so to tell you the truth, the load times on the PS4 version are slightly improved, too.” 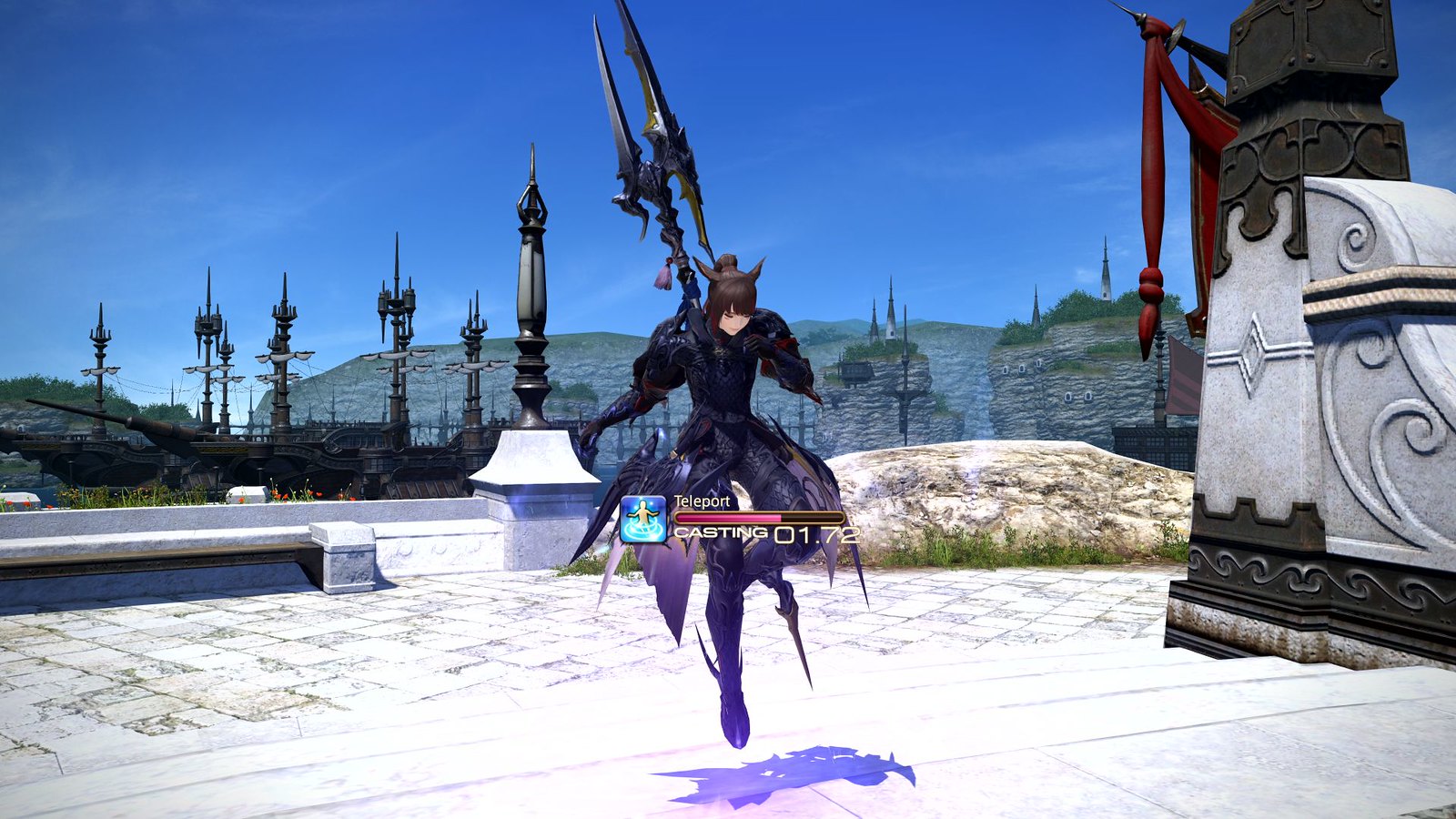 FFXIV has had full controller support since we’ve launched, and we’re not stopping now. We’ve added some additions to make playing with the new DualSense controller an even better experience than before.

Matsuzawa: “We were working down to the wire to get this in, but we were able implement some features for the DualSense wireless controller.

First, we implemented haptic feedback for a number of actions to deepen our players’ immersion further: this includes [introducing unique haptic feedback to things like] the footsteps of various mounts, actions for Disciples of the Land and Hand, and more. When it came to battle content, we deliberately kept the feedback to a minimum—for example, when a player uses a limit break—as we did not want to interfere with players’ concentration during a fight. We would love to hear player feedback regarding this, as we can take that into consideration as we make future adjustments.

When it comes to adaptive triggers, there aren’t too many areas within the game’s systems to which this feature would apply, but we did integrate it into smaller-scale content where we could, such as quests where you enter an FPS-type mode to complete certain objectives.”

We’ve talked a lot about visuals so far, but let’s not forget about the amazing work of the FFXIV sound team! The team has brought some additional features utilizing 3D audio as well.

Matsuzawa: “We are utilizing 3D audio output for the PS5 version of FFXIV. Since our initial launch, ambient sounds in FFXIV were assigned different parameters, such as audible range, but with the implementation of the 3D audio feature on the PS5, these settings can be fully leveraged.

For example, whenever you change the position of the camera, the location of the surrounding ambient sound will shift accordingly, bringing you a more immersive experience. I would recommend trying it out with headsets that support 3D audio.”

Even more to look forward to

The PS5 open beta is bringing a lot to the table in terms of upgrades, but we aren’t stopping there—the team is looking to add even more in the future.

Matsuzawa: “We are thinking of eventually upgrading in-game textures in phases and are starting initial preparations for that update.

However, we do need to keep in mind that other platforms, including the PlayStation 4 version, are still in service. Since FFXIV is an MMO, we need to place some emphasis on being able to simultaneously render player characters and their equipment, while still ensuring everything works smoothly. We do need to take care when planning major updates like this and start with testing and verifying it all works well.

Plus, assets that we created nearly ten years ago didn’t factor in the possibility of being displayed at the high resolutions available to us today, so we have to think about how to revise quite a massive amount of assets efficiently.

We also are looking at adding additional Trophies to FFXIV on a regular basis, given that the Trophy system is now more flexible in that regard.

Things are in progress, but we’d appreciate your patience for future updates regarding this.”

We hope you’re as excited as we are for all of these features coming with the PS5 version.

Tomorrow’s release of Patch 5.5 also marks the start of the open beta, and all current PS4 users can upgrade to the PS5 version at no additional cost. If you’re new to FFXIV, you can download the Free Trial on PS5 when it goes live today in readiness for it going live tomorrow, so you can experience all of these new features as you try out the game.

That’s it for now, and we hope that you’ll enjoy Patch 5.5 and the PS5 version—see you in game!