Rose returns on April 19, along with new costumes.

Hey there PlayStation Nation! We hope that everyone has been enjoying Dan, the new V-Shift mechanic, and the major Battle Balance updates that came with the kickoff of Season 5. We are thankful for all your support with the new content so far.

For the full picture, check out the Spring Update video below: 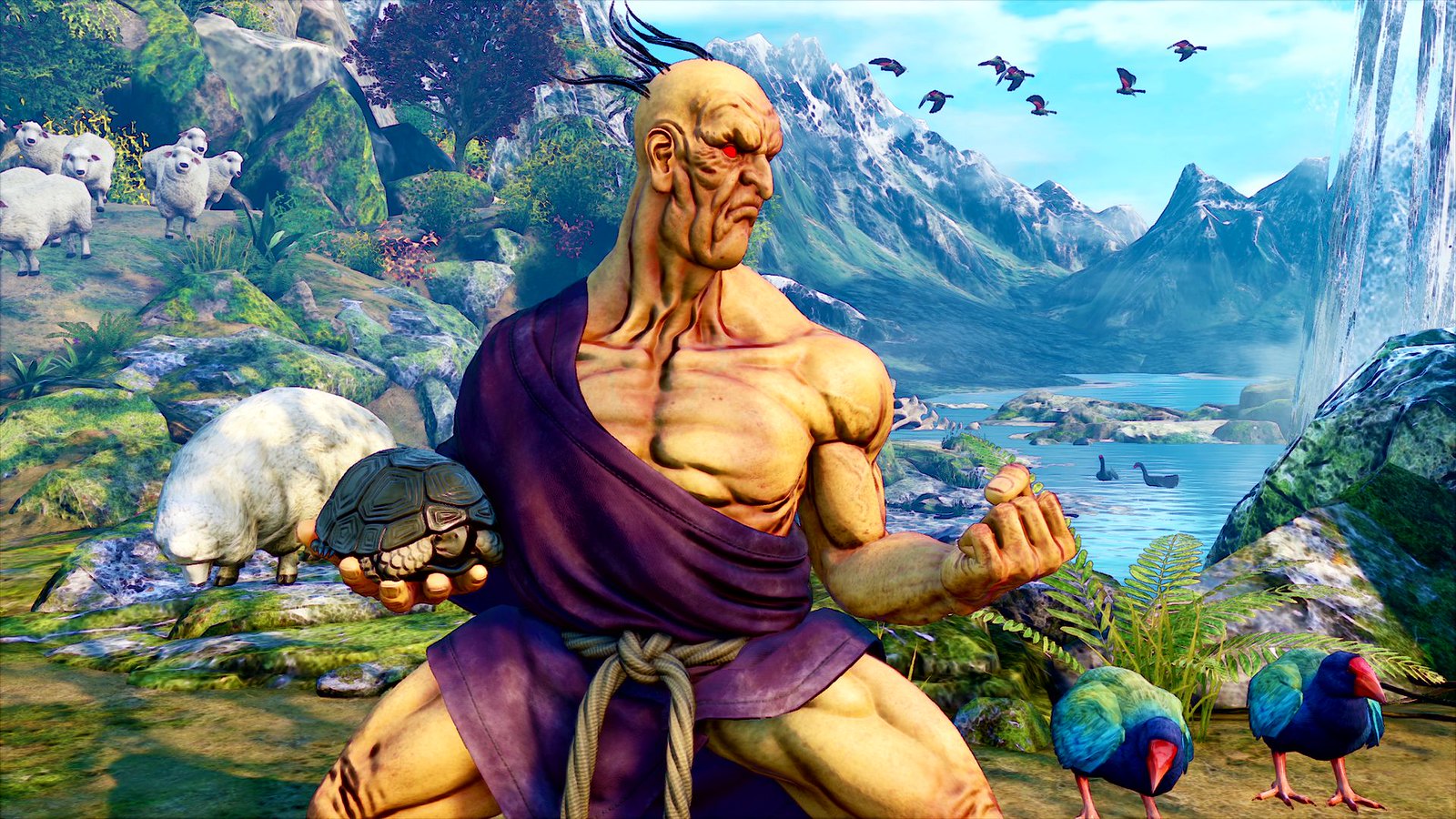 Making his return from Street Fighter III, Oro is coming equipped with his classic moveset along with a handful of new ones. He even retains his one-armed combat style. However, unlike SFIII where he sealed one of his arms, here he is holding his new turtle pet during combat. While Oro is not playable in SFV quite yet, he’s not a stranger to the rest of the cast, having appeared multiple times in other characters’ stories already: 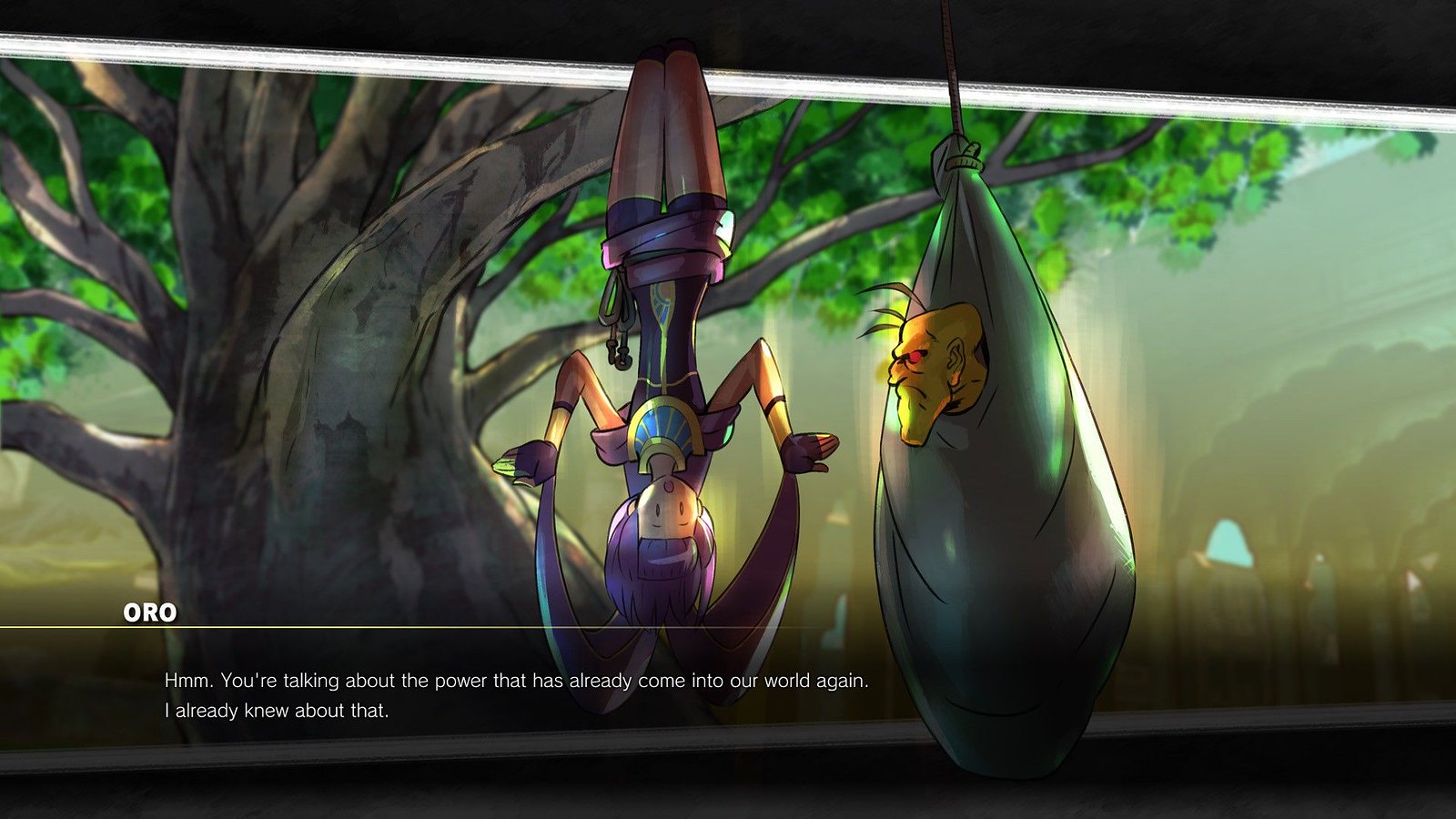 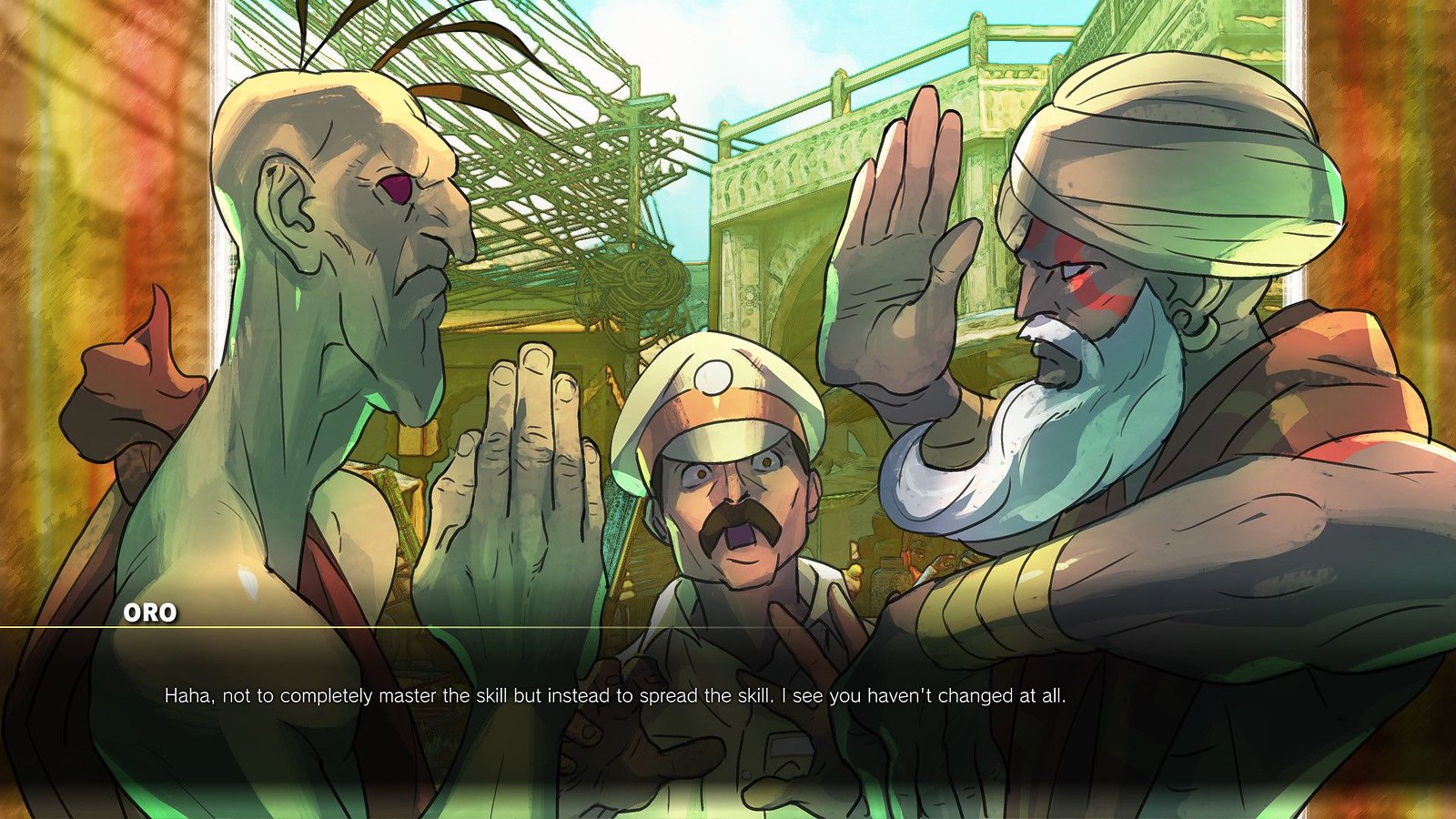 He has appeared in Menat’s story, as well as Dhalsim’s

Here’s a deeper look into Oro’s moves and what he’s bringing to the ring.

One of Oro’s classic moves, the leap attack, will avoid the opponent’s low attacks and lead to a counter hit when timed correctly. He is also able to perform his patented double jump, which gives him a breadth of offensive and defensive opportunities whether it’s shortening the gap from the opponent or changing his landing point. 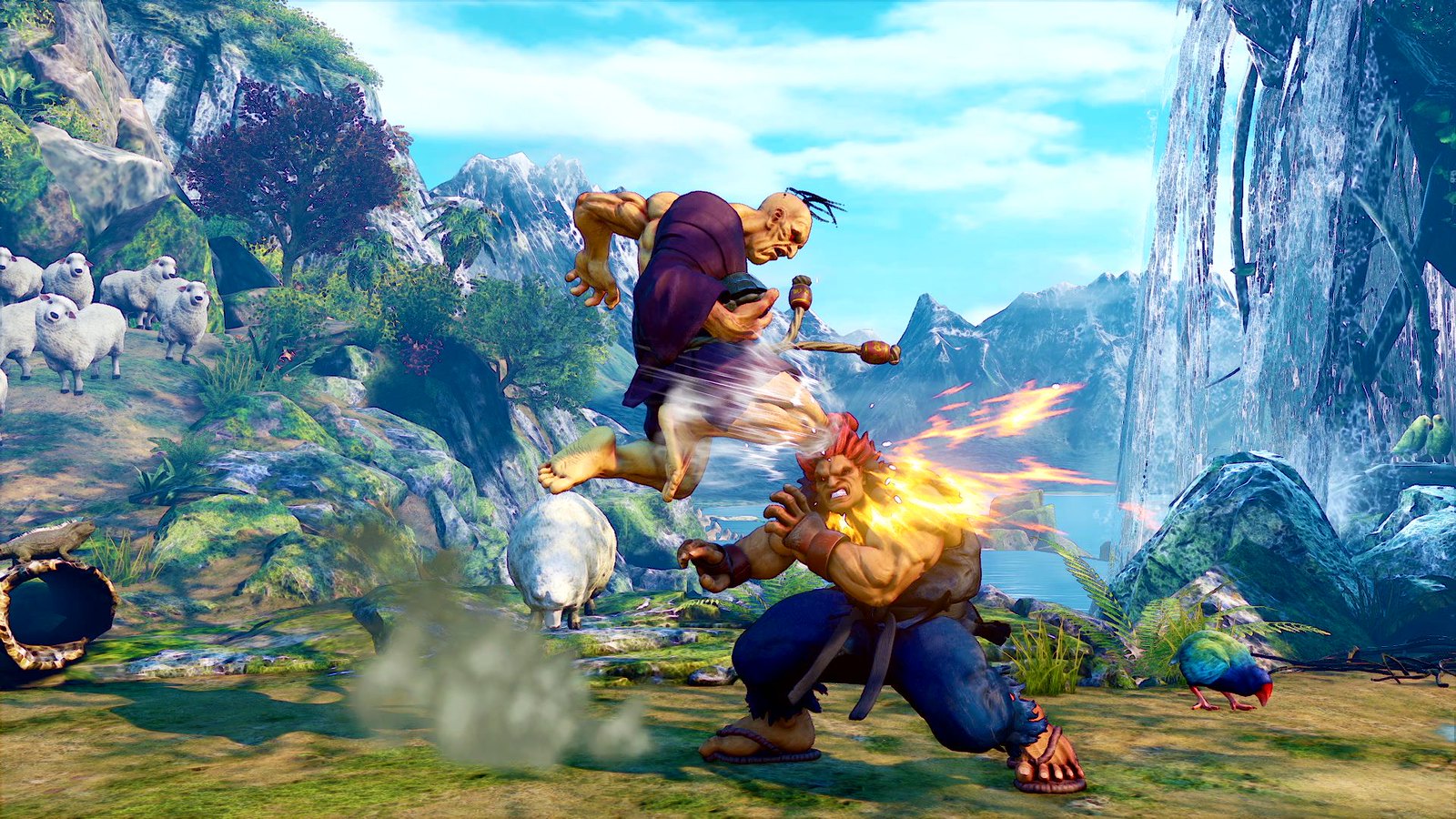 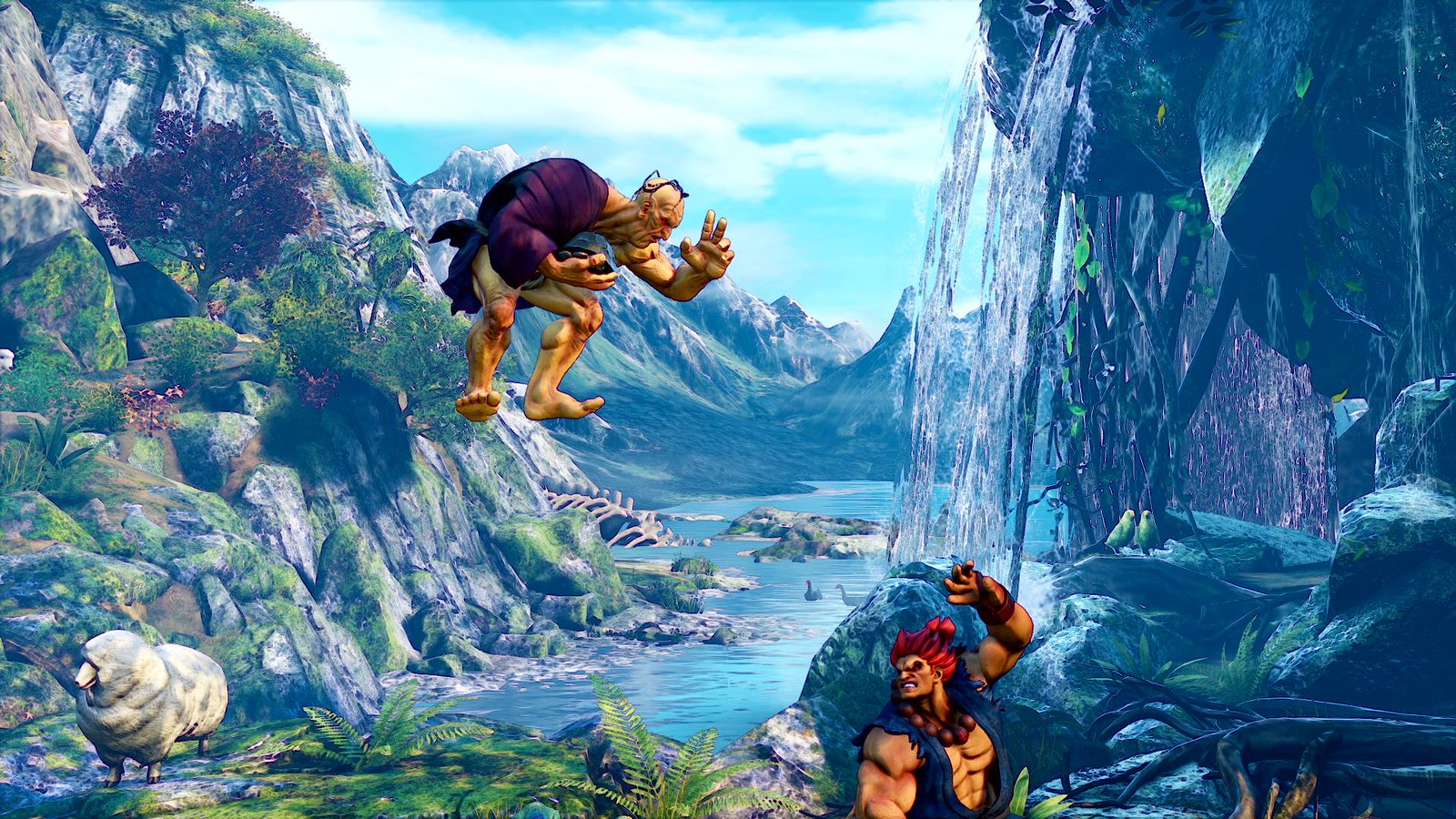 A hop, skip, and a double jump

Oro has a new move called Tsuranekeashi. This kick move is used to help keep opponents at bay but can also be used in combos. The EX version can allow for some follow-up attacks. 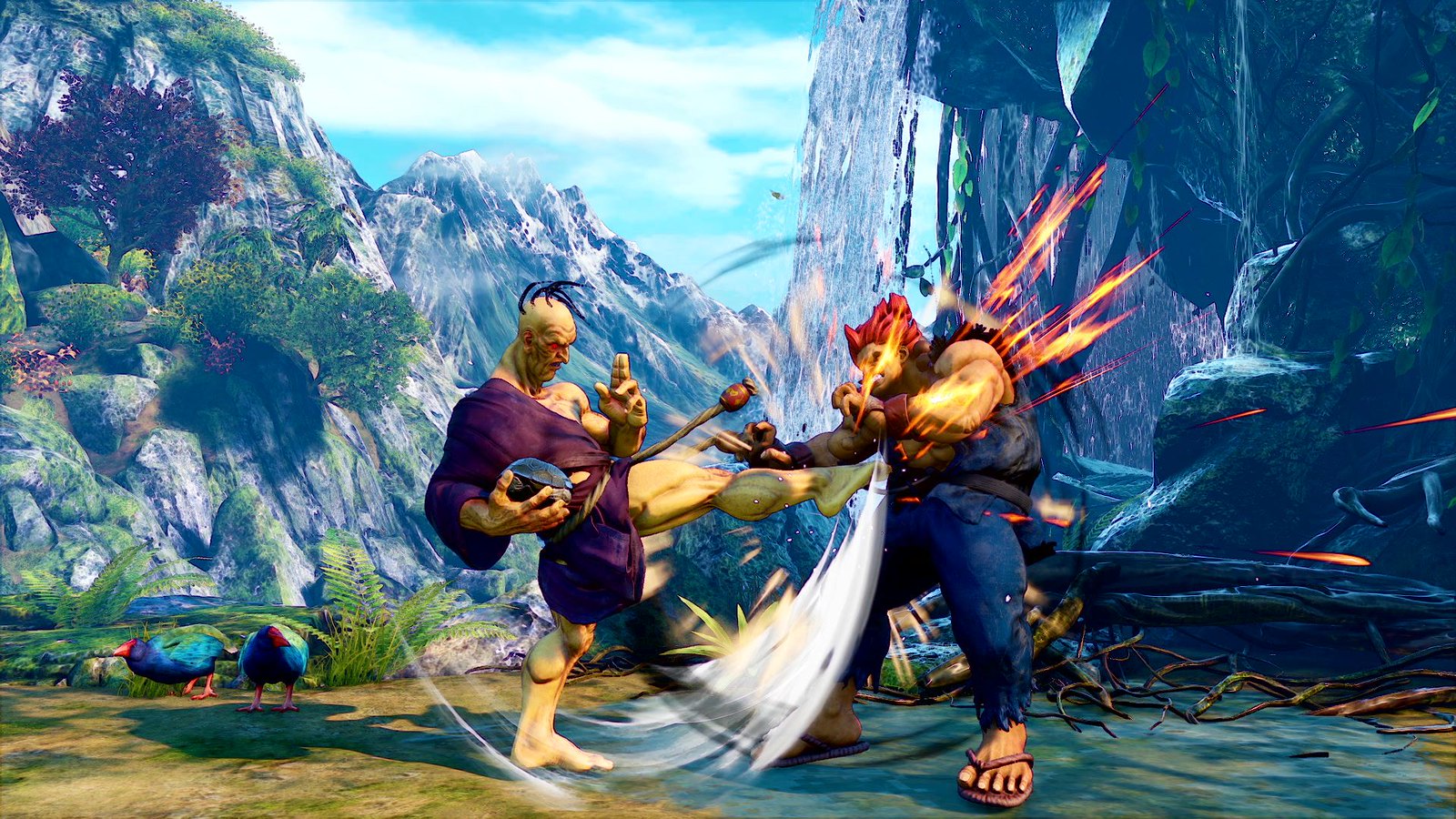 A quick leg swing puts the hurt on opponents

Oro’s V-Skill I is called Onibi. This move has Oro throwing out a smaller version of his SFIII projectile Super Art Yagyou Dama, which will bounce off the floor at different angles. This gives Oro a chance to put more pressure on his opponent. It’s a bit slow to come out, but has several hits of projectile damage so it can blow through opponents’ fireballs.

His V-Skill II is a new move called Minomushi, where he makes a small hop. By inputting a punch or kick after this move, Oro can follow up with additional moves. 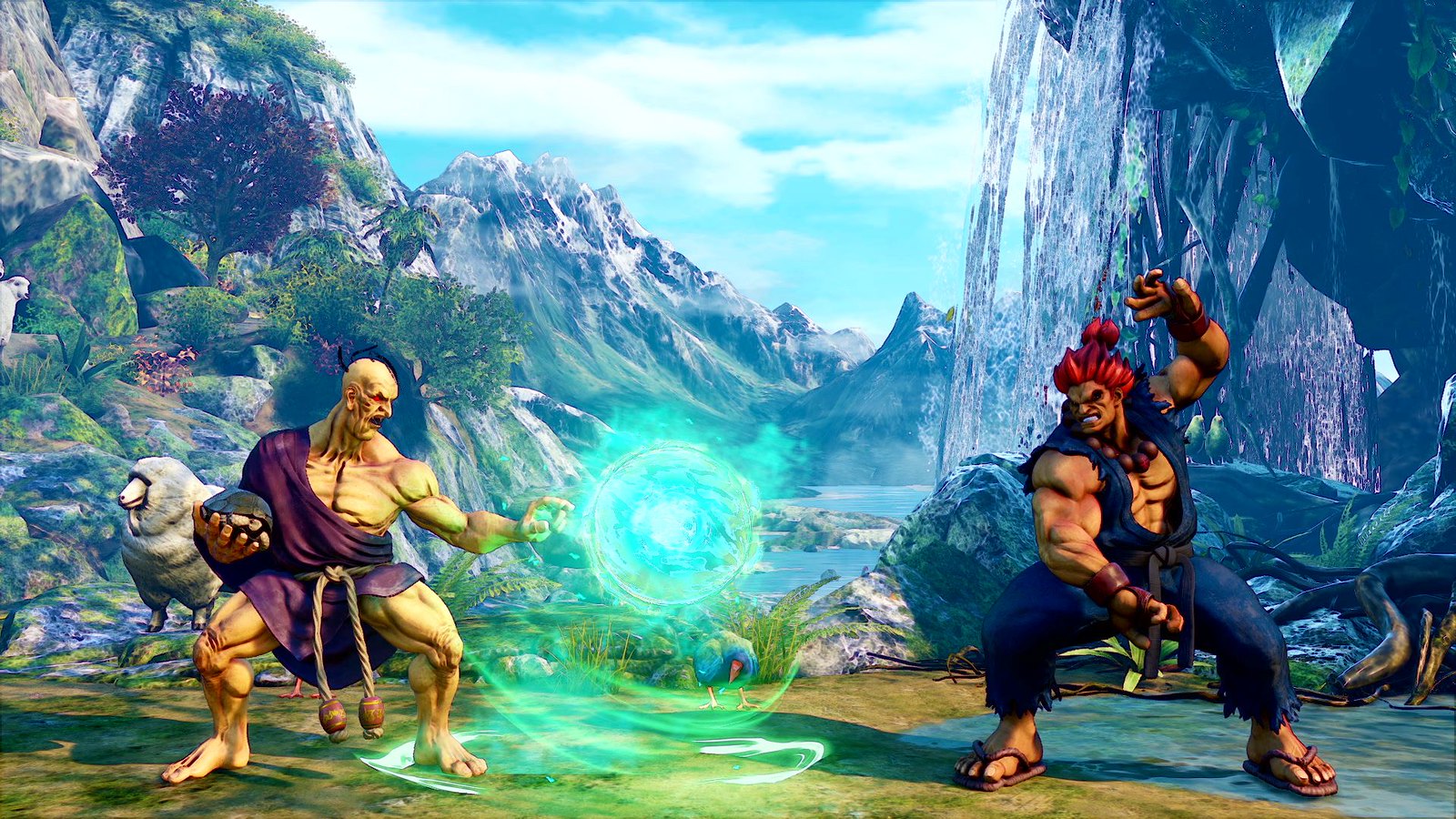 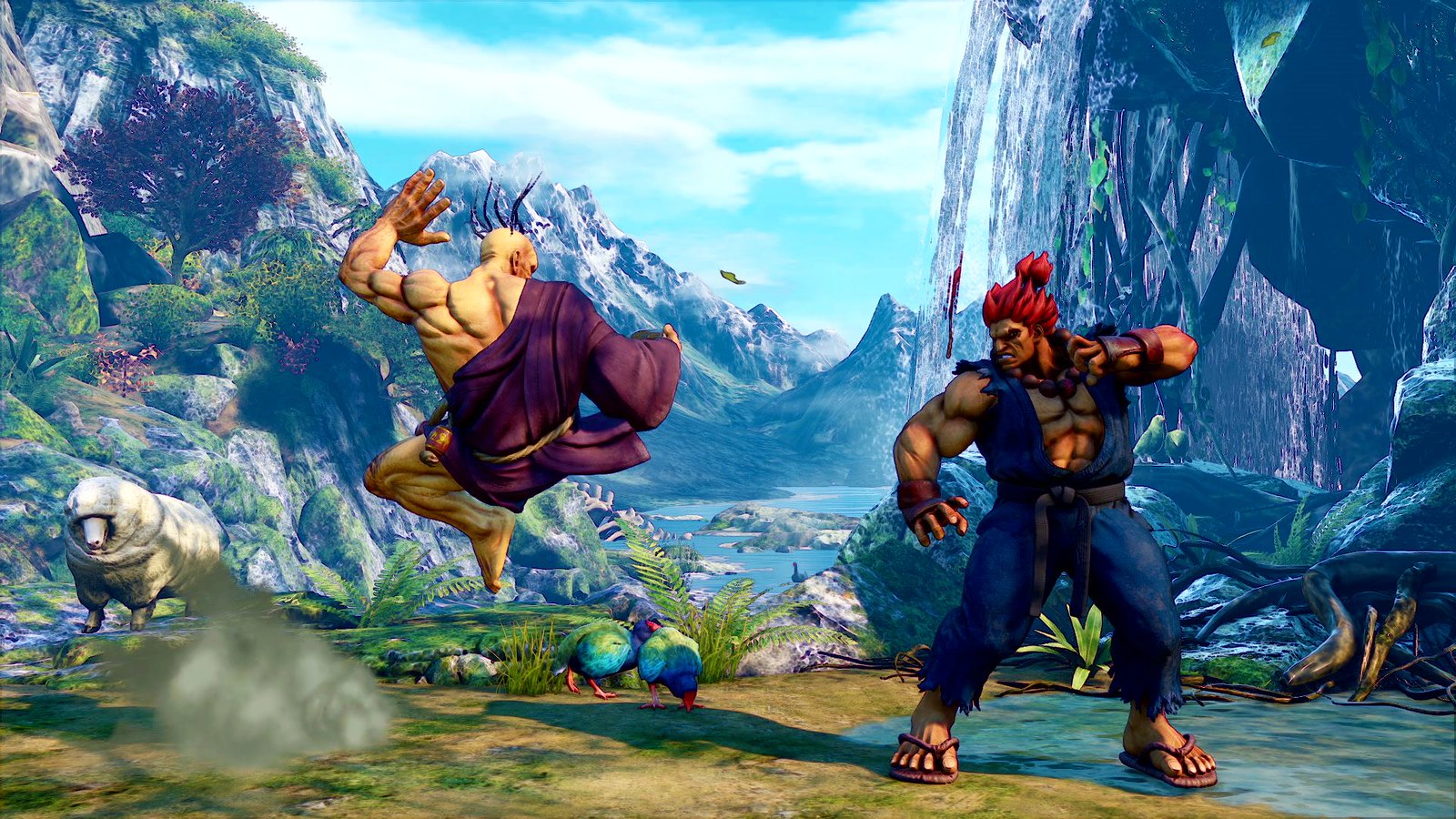 Oro’s V-Trigger I is called Manrikitan. This gives him access to his Kishinriki command throw which snags opponents and slams them repeatedly into the ground. This command grab can be used in combos, on the ground, and in the air. 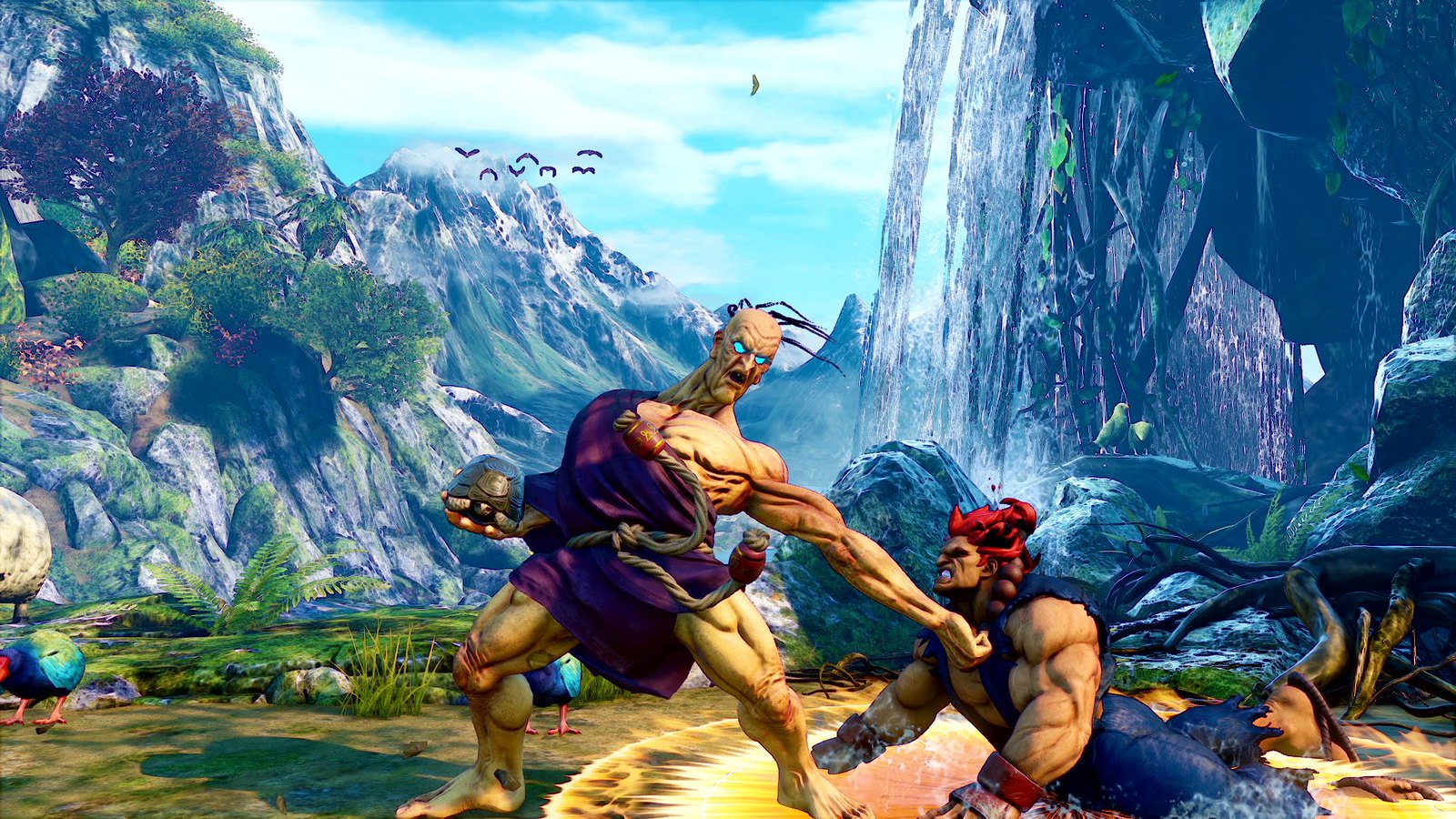 Use Kishinriki on the ground 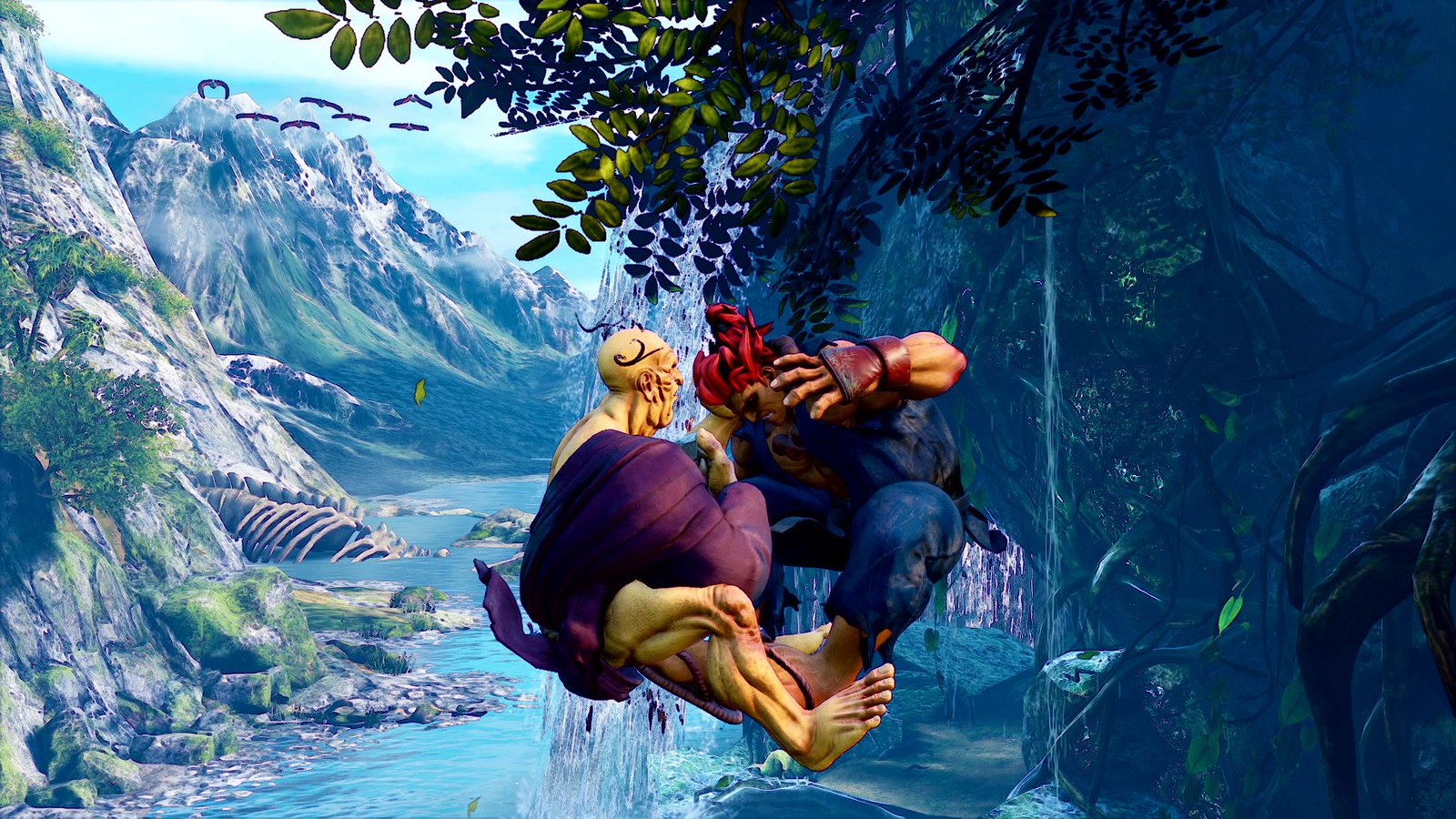 or in the air

Oro’s V-Trigger II is his popular returning move, Tengu Stone. Oro summons several rocks and objects that hover above him to use as follow ups to his normal attacks. Special items sometimes get pulled in that have different effects on opponents. 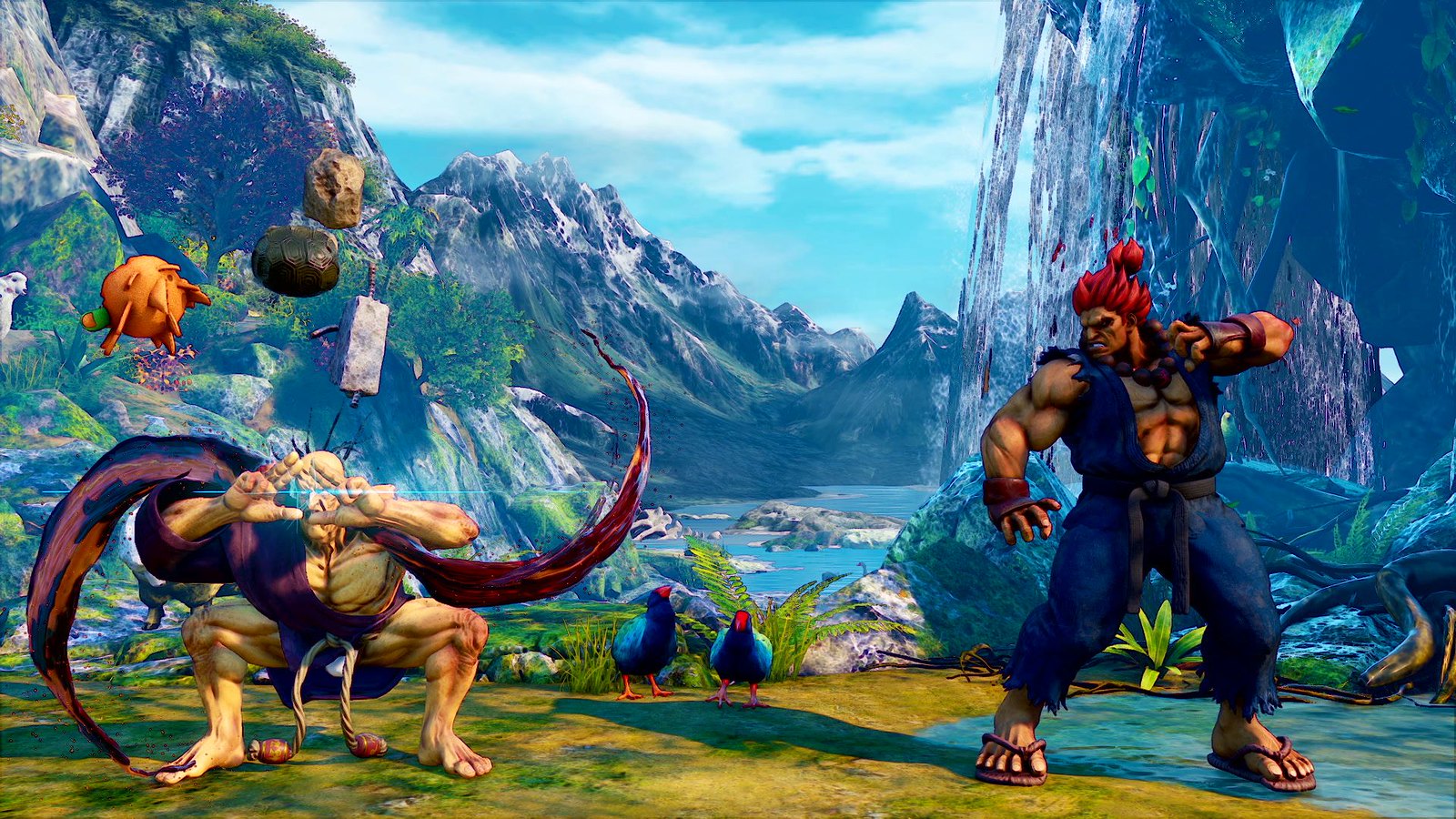 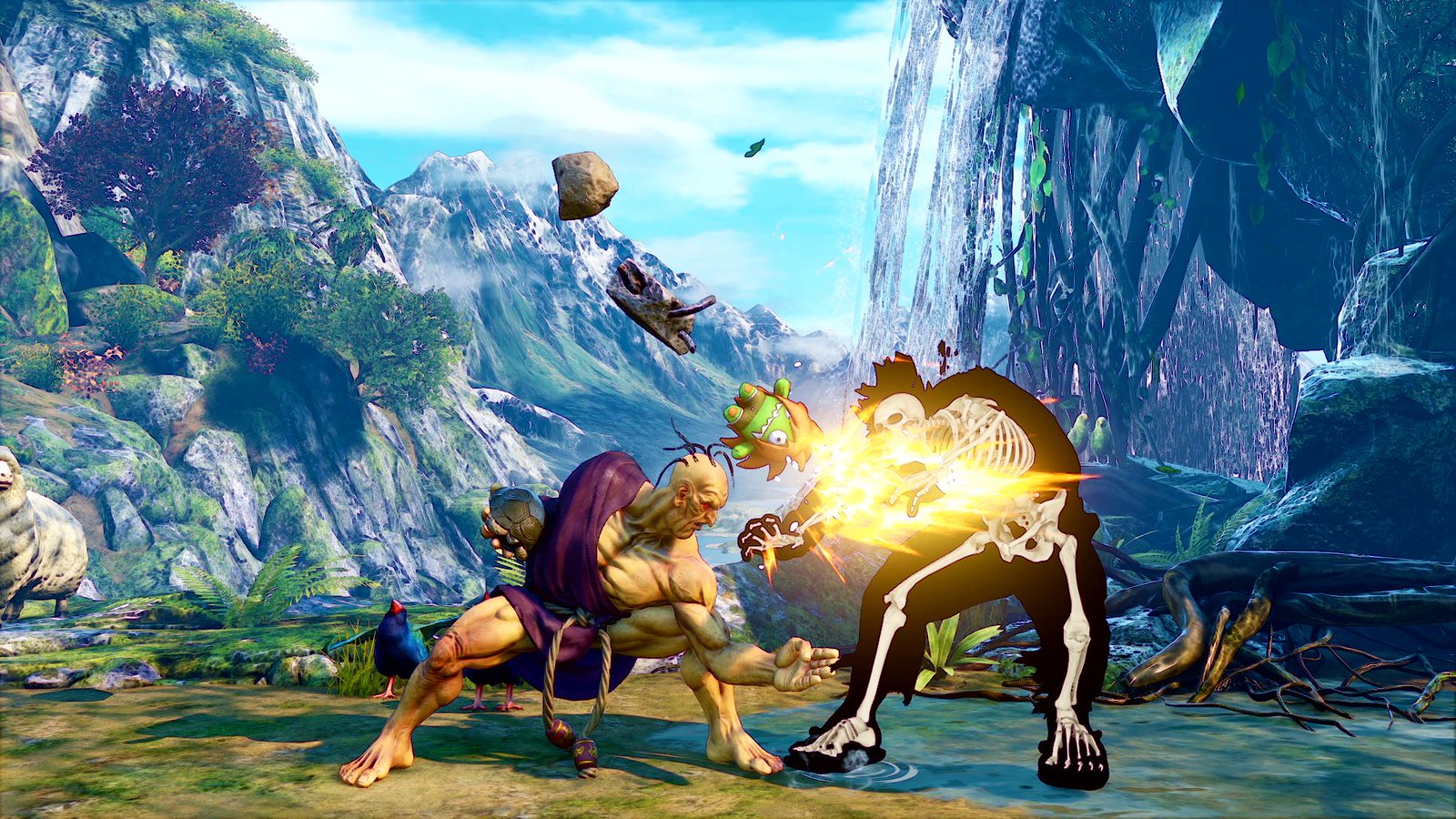 Oro is looking to make a powerful impact on Street Fighter V when he releases this Summer.

Rose makes her destined return to SFV on April 19 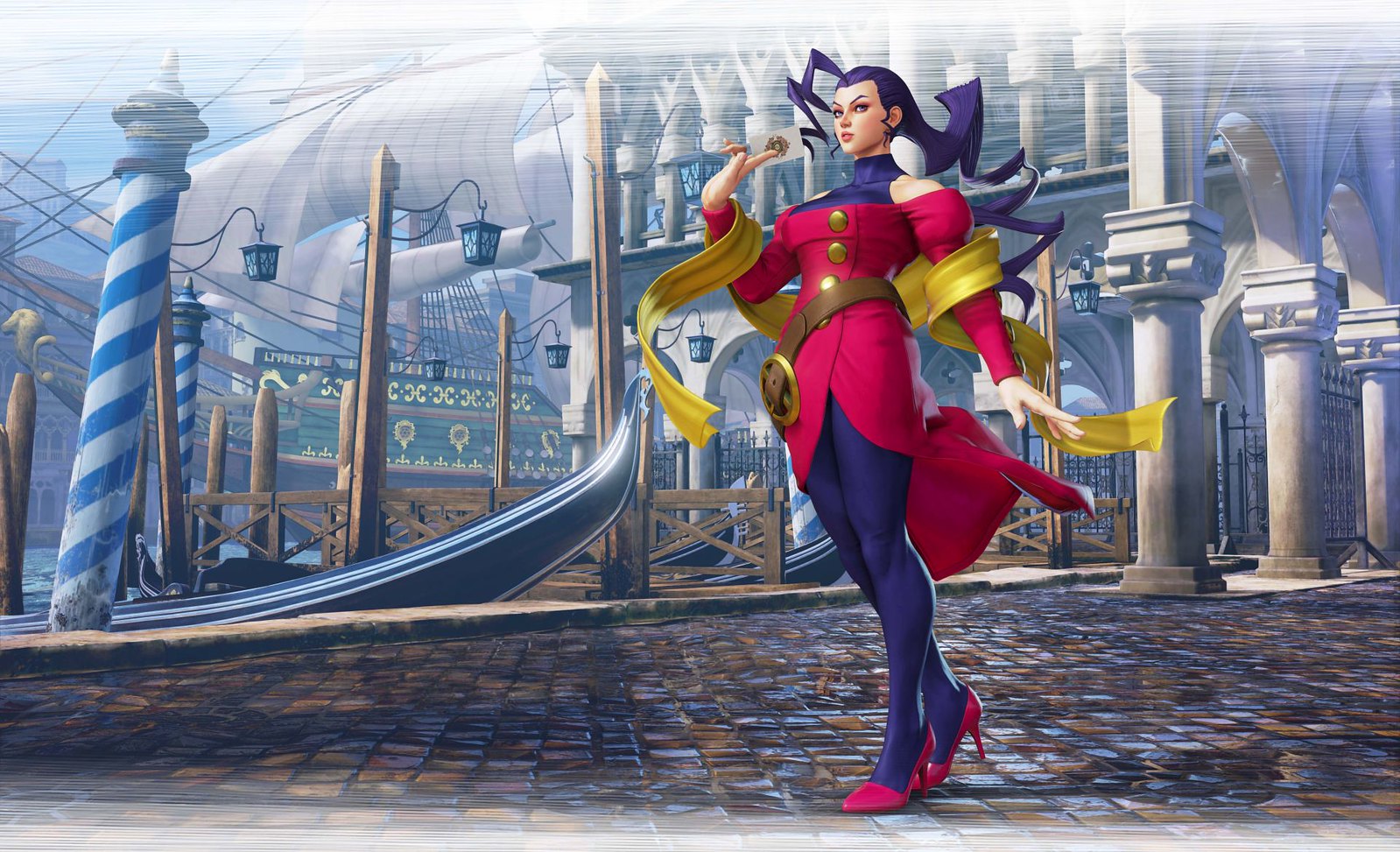 Rose, the soul-powered fortune teller, returns with her tarot cards in tow and some new moves to change the future of Street Fighter V. As we revealed with the SFV Winter Update, Rose is back with a handful of new powerful moves at her disposal. Let’s break down her moves a bit further.

Rose’s V-Skill I is Soul Fortune. This move allows Rose to pull out a tarot card to either buff herself or debuff her opponents. Each card has a different color and has a different effect on Rose or her opponent. You can tell which card she has in her possession at the bottom of the screen next to her V-Gauge bar. 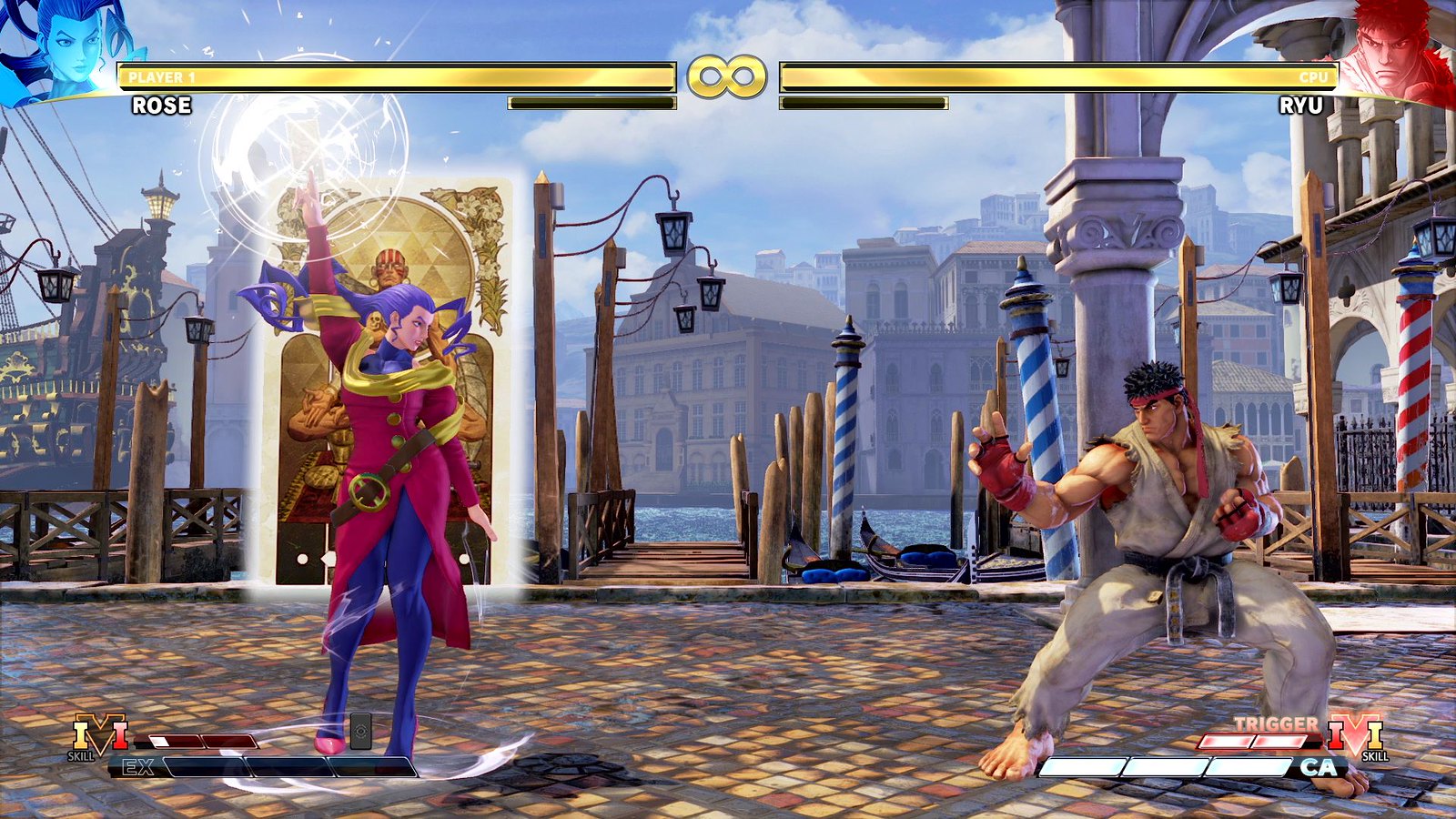 The Magician fills her V-Gauge 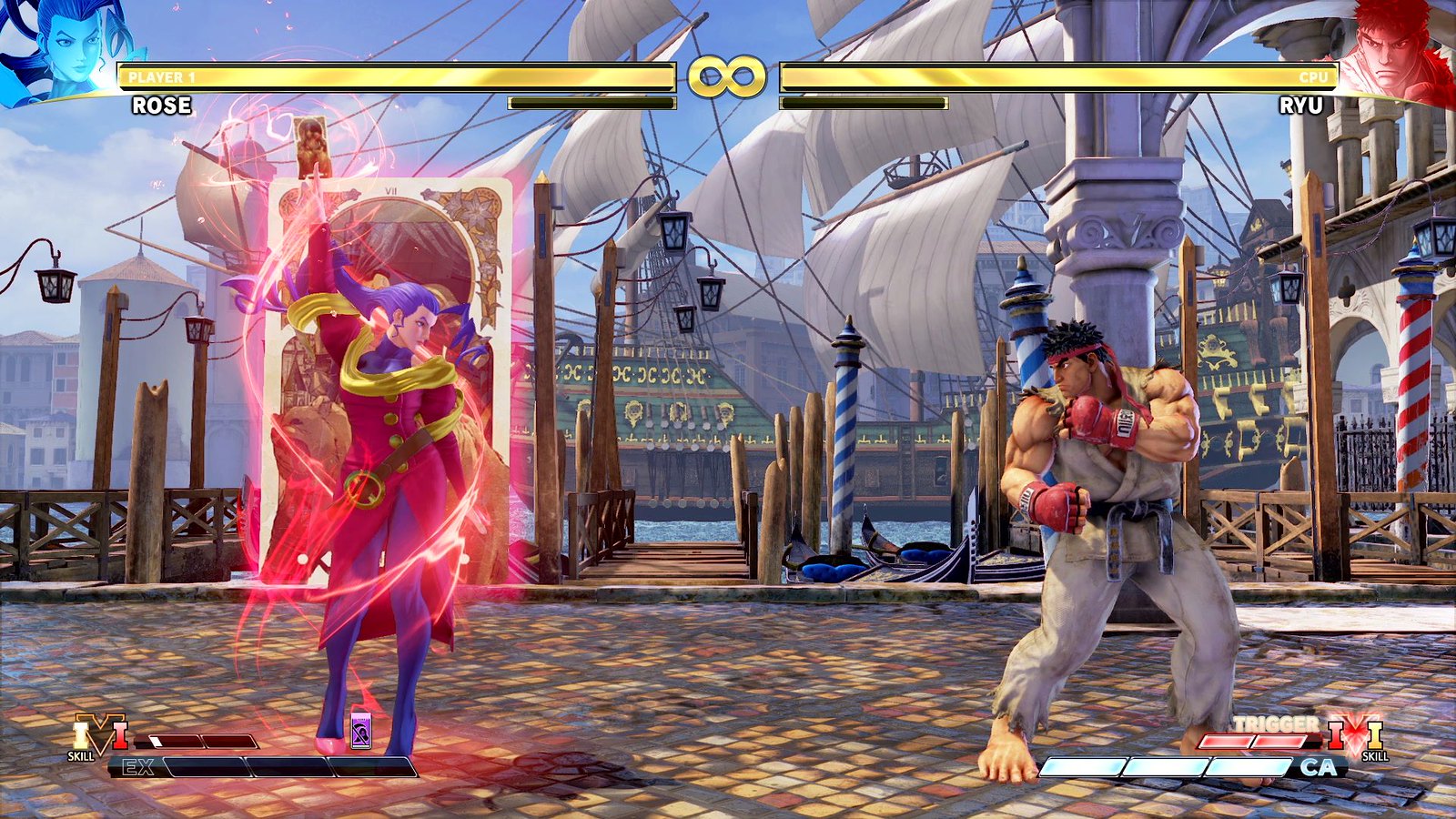 The Chariot increases her damage

With her debuff cards, Rose throws them at her opponent. These cards count as a single hit projectile and they will also apply the debuff even if the opponent is blocking. The green card, The Tower, will decrease her opponent’s damage output. The purple Death card increases the amount of chip damage and gray life that Rose will inflict on her foe. 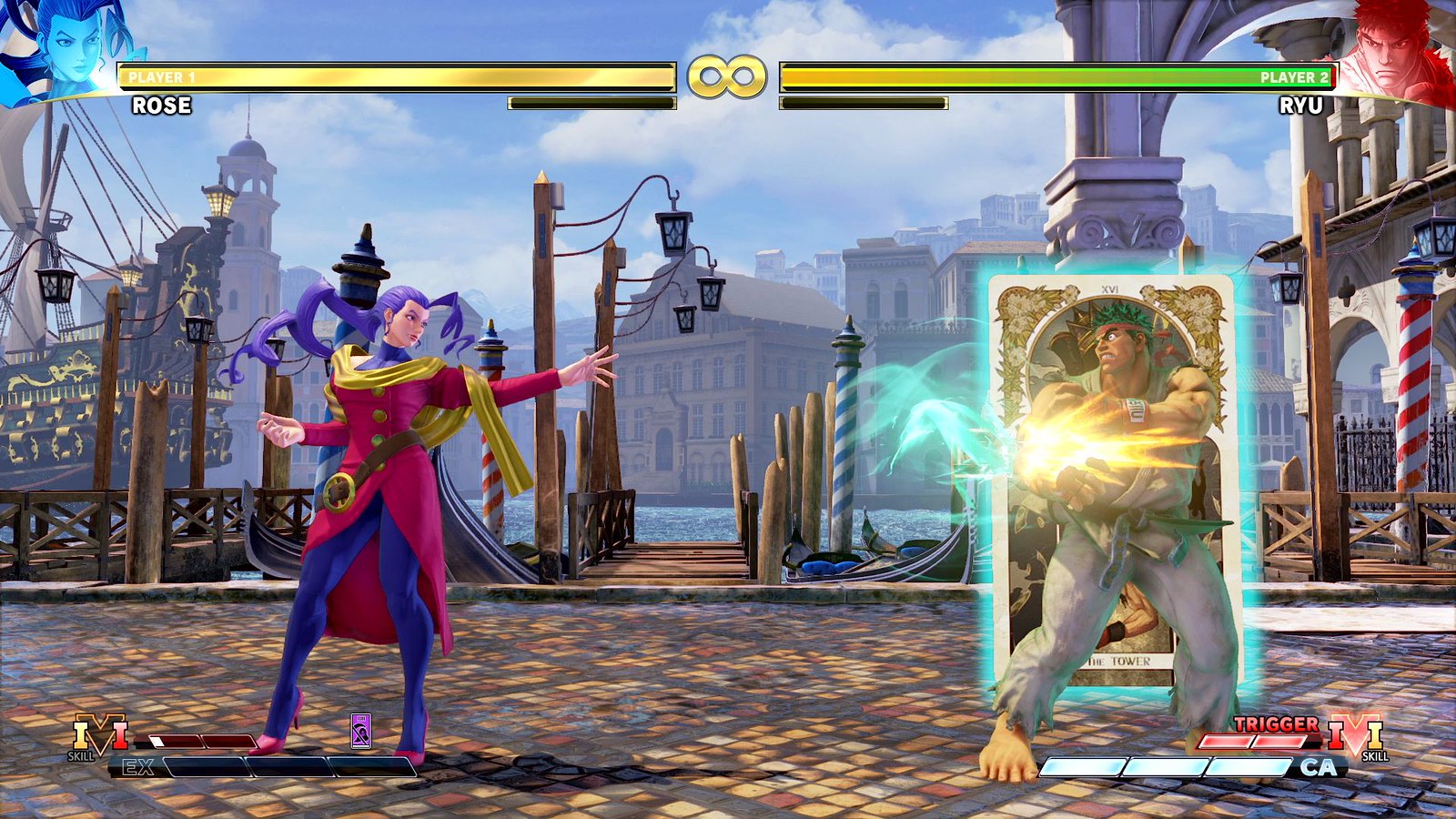 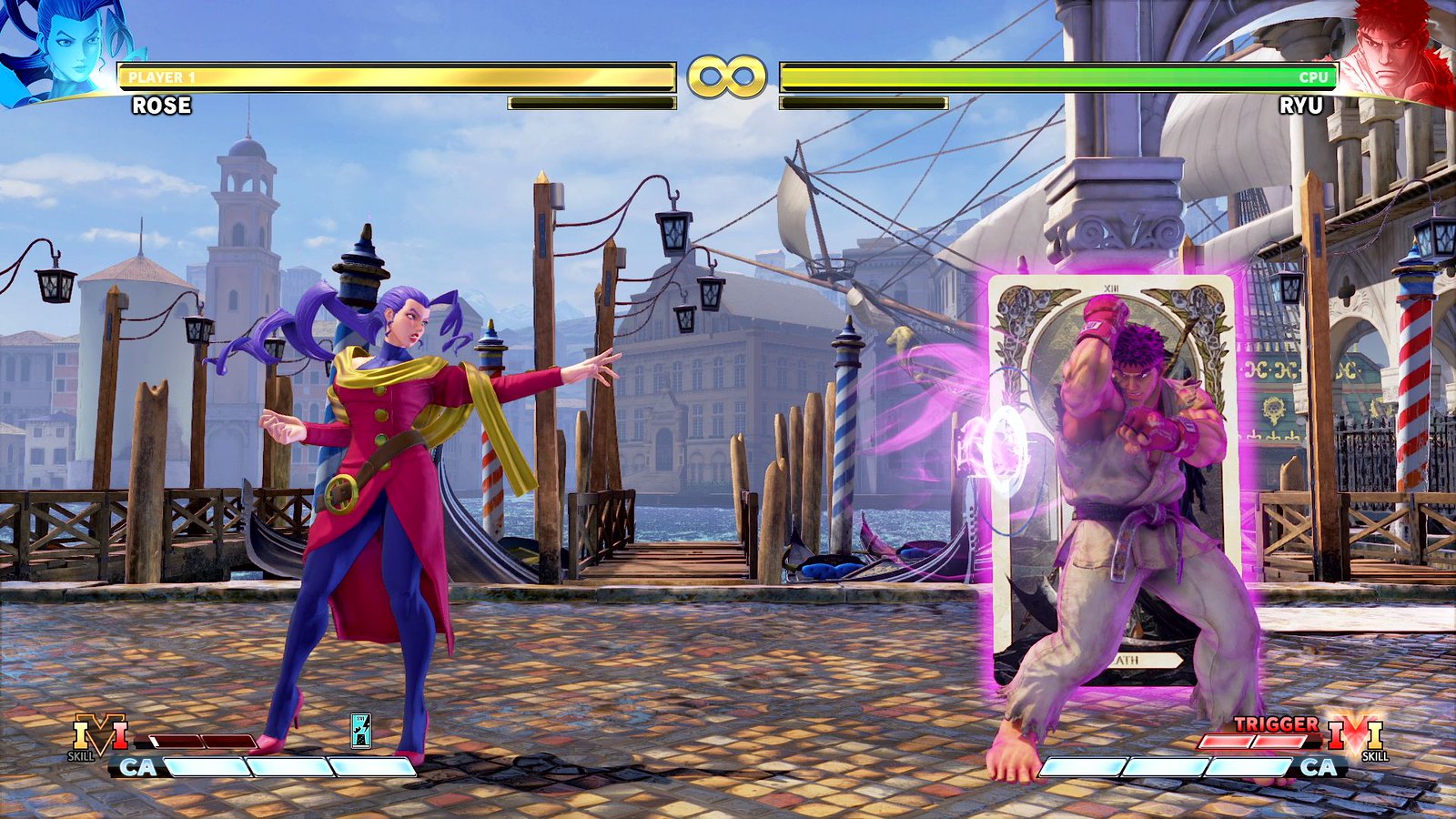 This new V-Skill adds a whole new depth of play to Rose. Do you go on the offense and buff yourself, or play defensively and hinder your opponent’s offensive capabilities?

V-Trigger I, Soul Dimension, is a 2-bar V-Trigger that allows Rose to teleport to one of three spots on the screen: Back side of the screen, right behind her opponent, and mid-air behind her opponent. The teleport can be cancelled off of most of her special moves on the ground and in the air. Use this V-Trigger to mix up and confuse your opponents as well as extend combos. 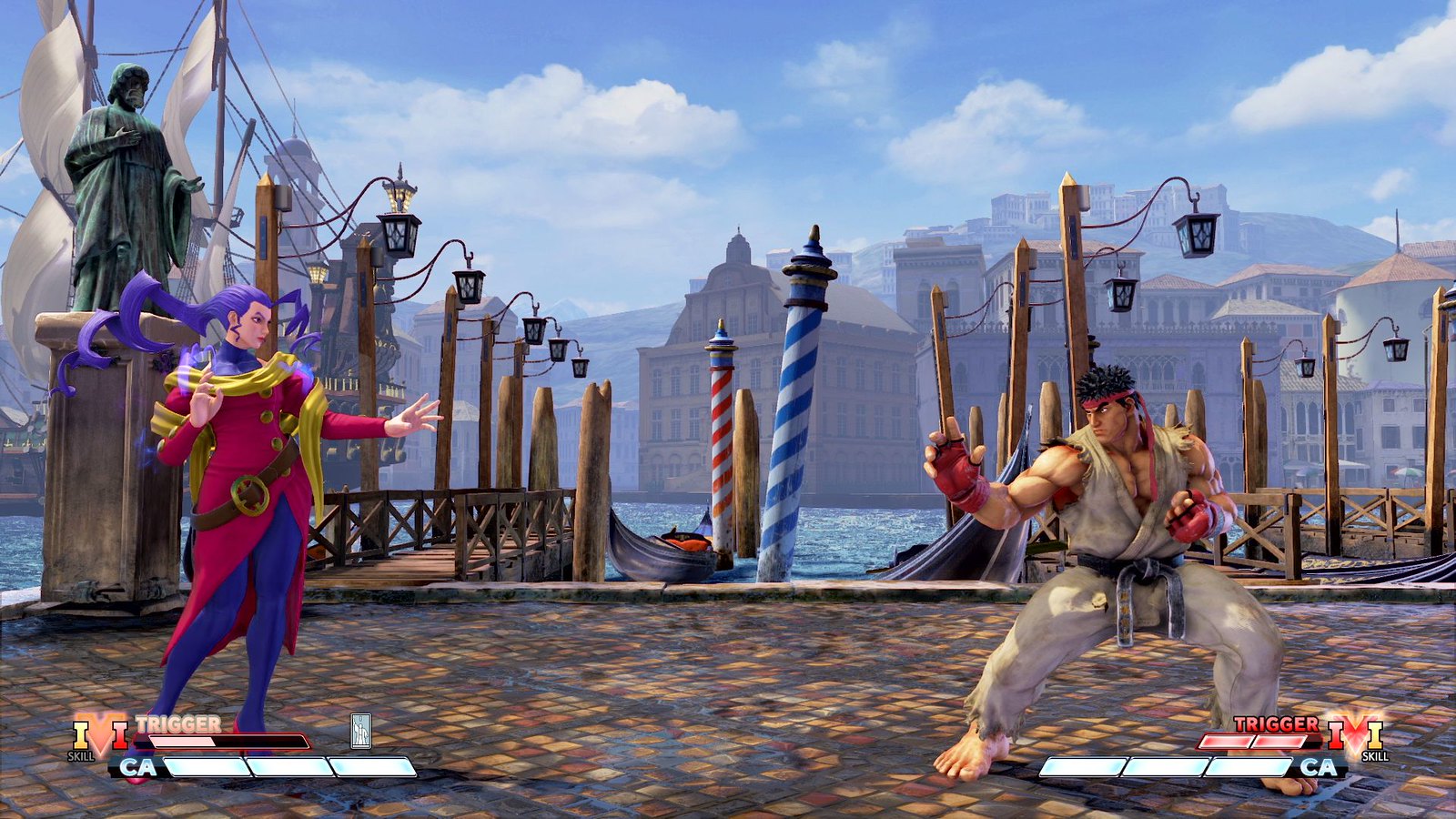 Now you see her… 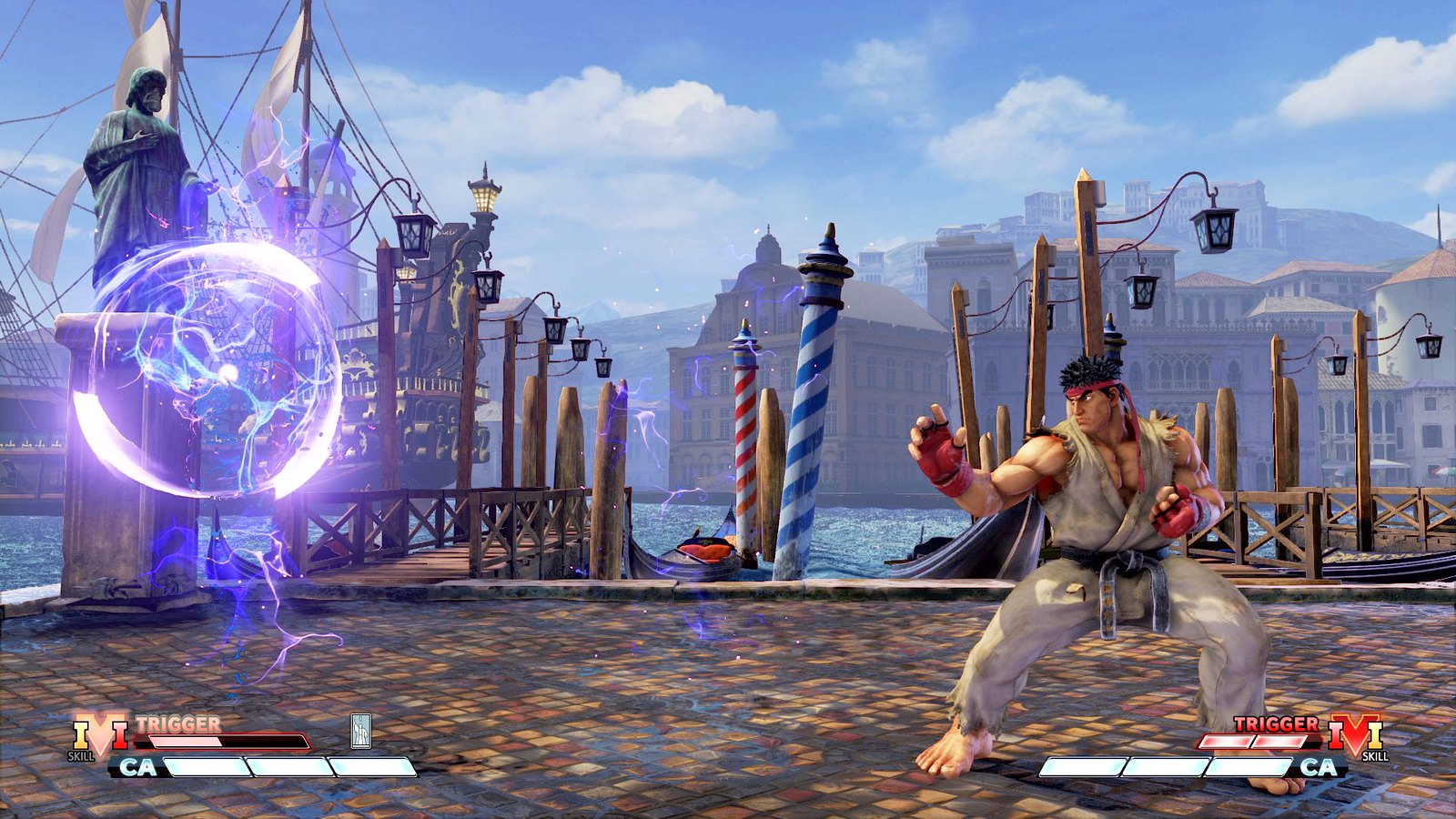 Rose’s V-Skill II, Soul Satellite, makes a return from Street Fighter IV. When activated, Rose summons an orb that will circle around her. Hit V-Skill again to summon a second orb. Each orb can either hit once or negate a single projectile hit. Use this V-Skill to put more pressure on opponents. 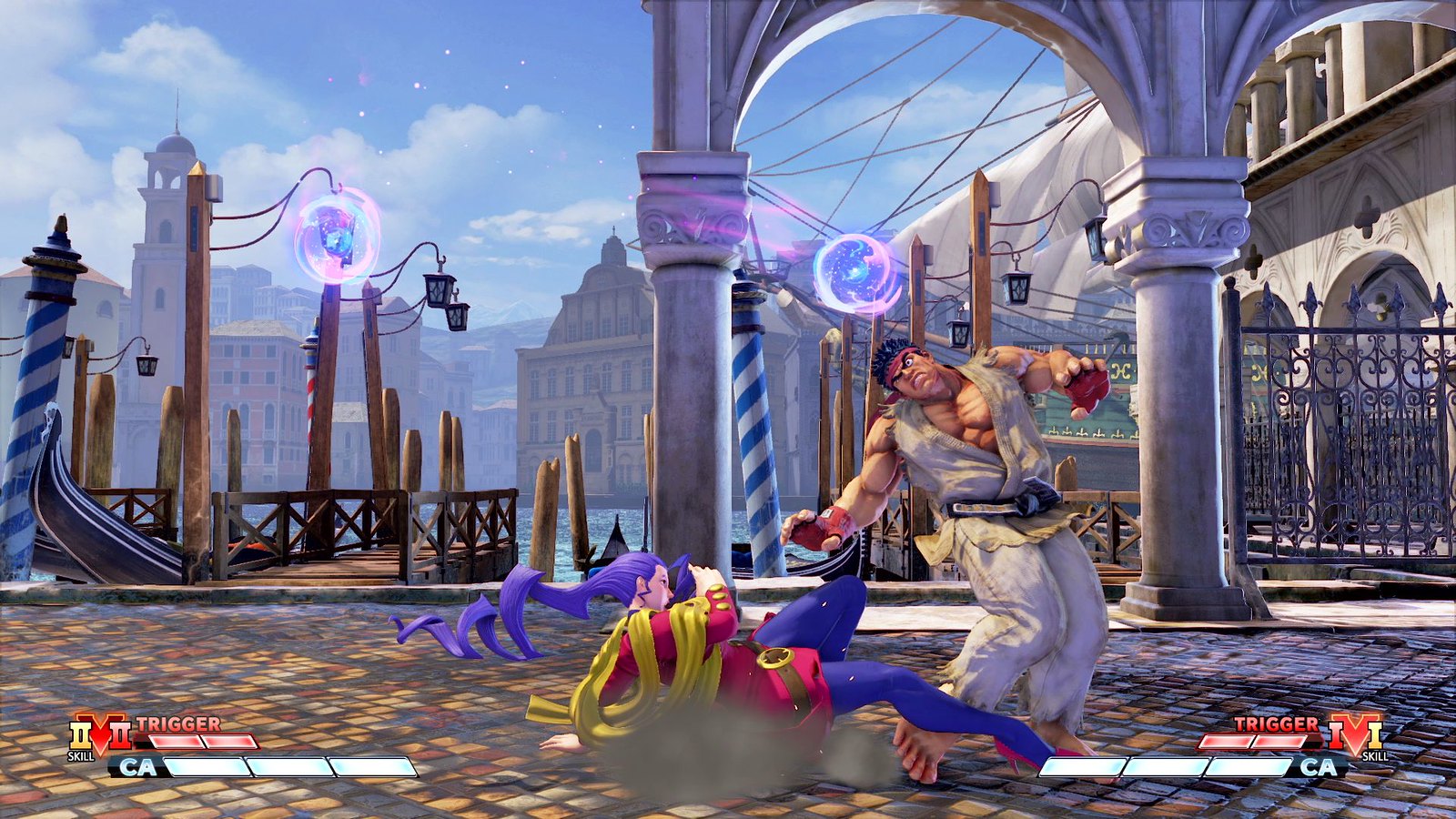 Two orbs are better than one

Since the move has become a V-Skill, Rose can use it at no cost. However, she is a bit slower to summon the orbs compared to SFIV, so make sure to only use it at an opportune moment away from your opponents.

Soul Illusion is another returning move, this time from the Street Fighter Alpha series. This 2-bar V-Trigger summons a mirrored image that follows Rose and performs the same attack after she does. 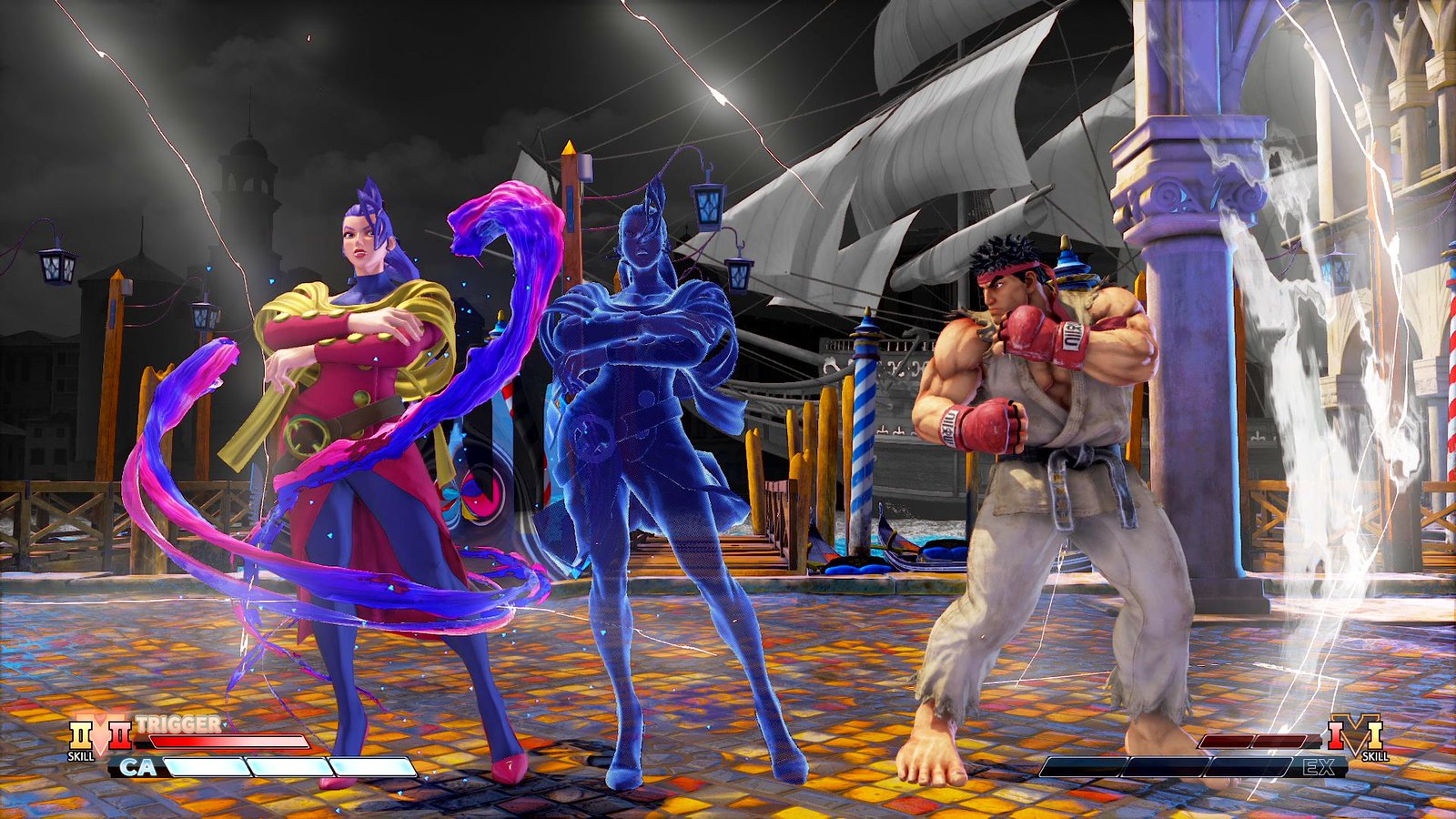 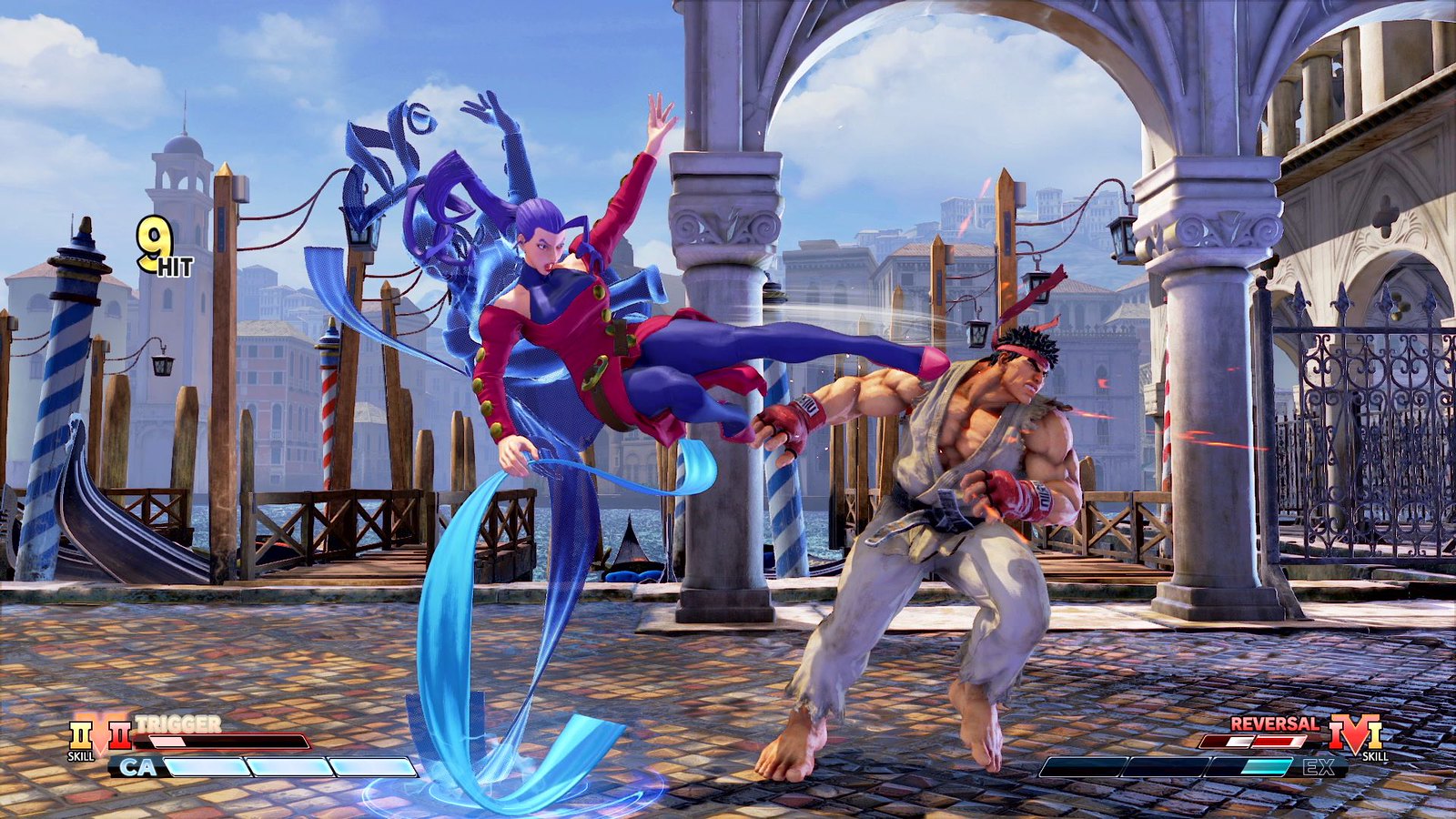 This V-Trigger opens a lot of combo opportunities. This also increases the damage of her Soul Spark projectiles. One thing to note is that if you use the same normal move twice in the same combo, the opponent will be sent airborne.

Rose is looking to be pretty dynamic in her playstyles, allowing for a frantic offensive style or a more classic defensive style. 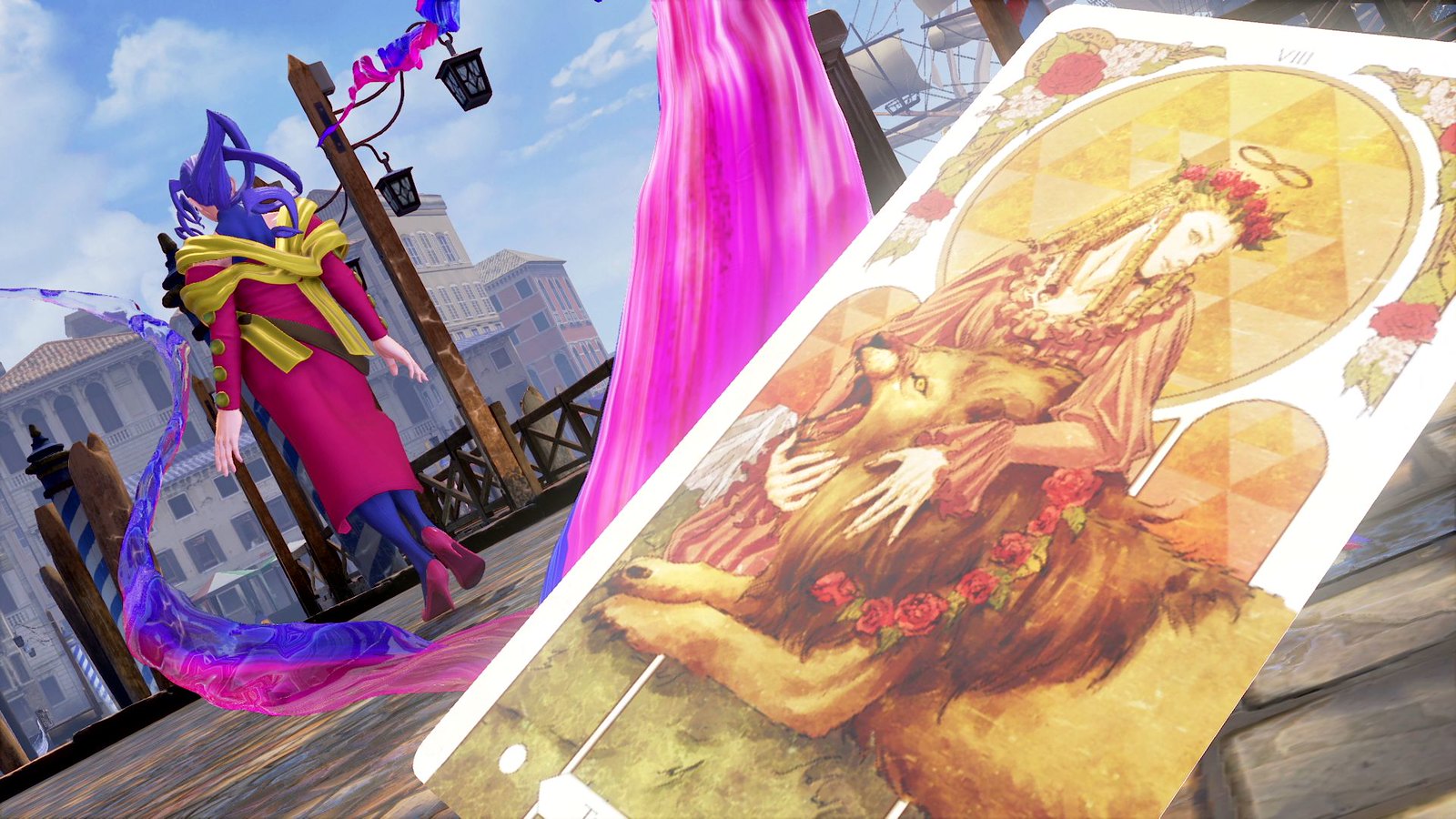 “What’s the meaning of fate? You shall know.”

During Rose’s victory screen, she throws a tarot card as the results display. This tarot card will change each match. How many different cards does Rose have up her sleeve? Find out on April 19 when Rose releases in SFV.

Here comes a new challenger: Akira Kazama is ready to school her opponents

It wouldn’t be a SFV update without a little surprise. The development team snuck in some work-in-progress footage of SFV newcomer Akira Kazama.

Akira looks to be retaining some of her Rival Schools style in SFV. Also Akira’s older brother Daigo will be making an appearance too. 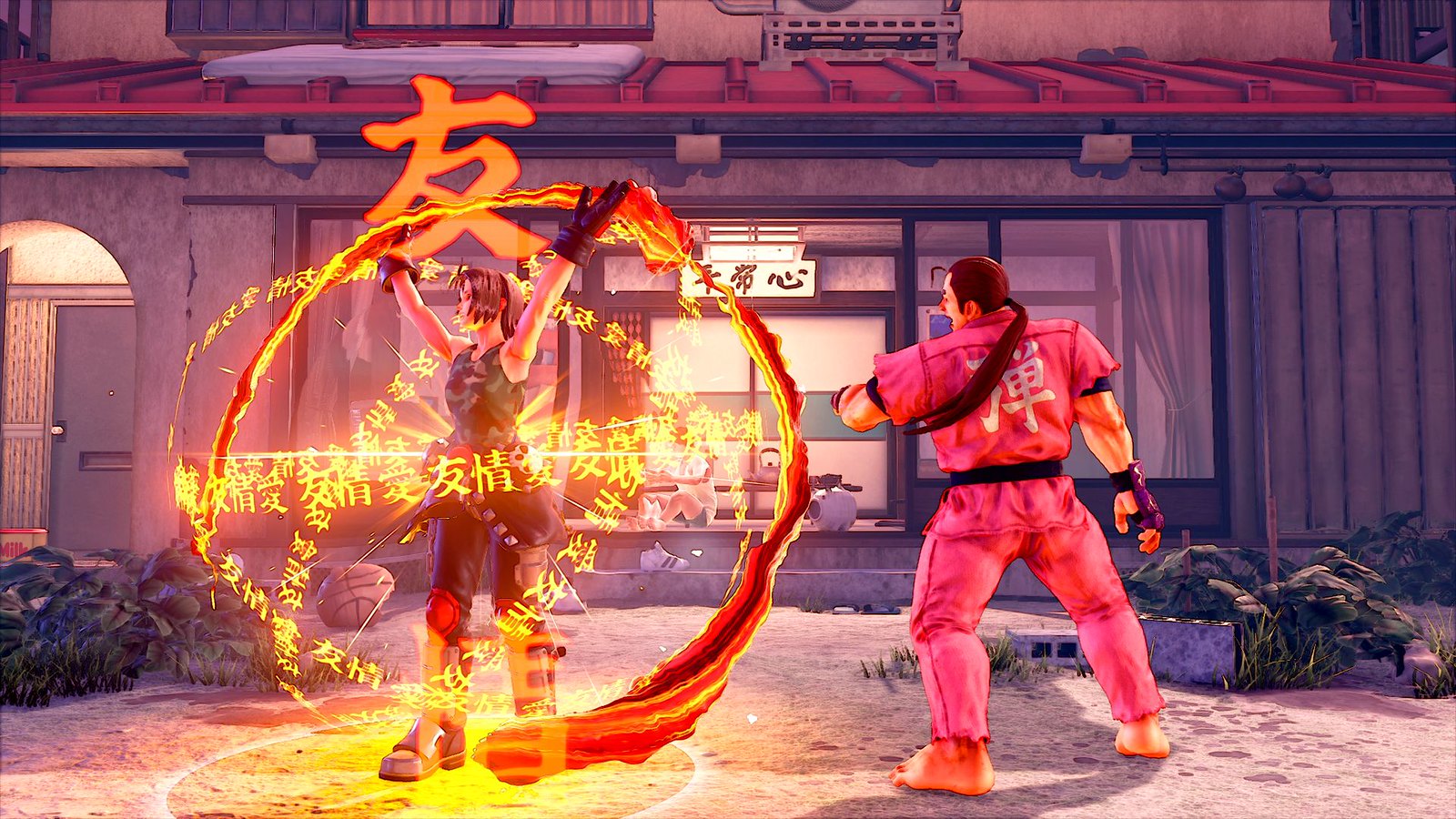 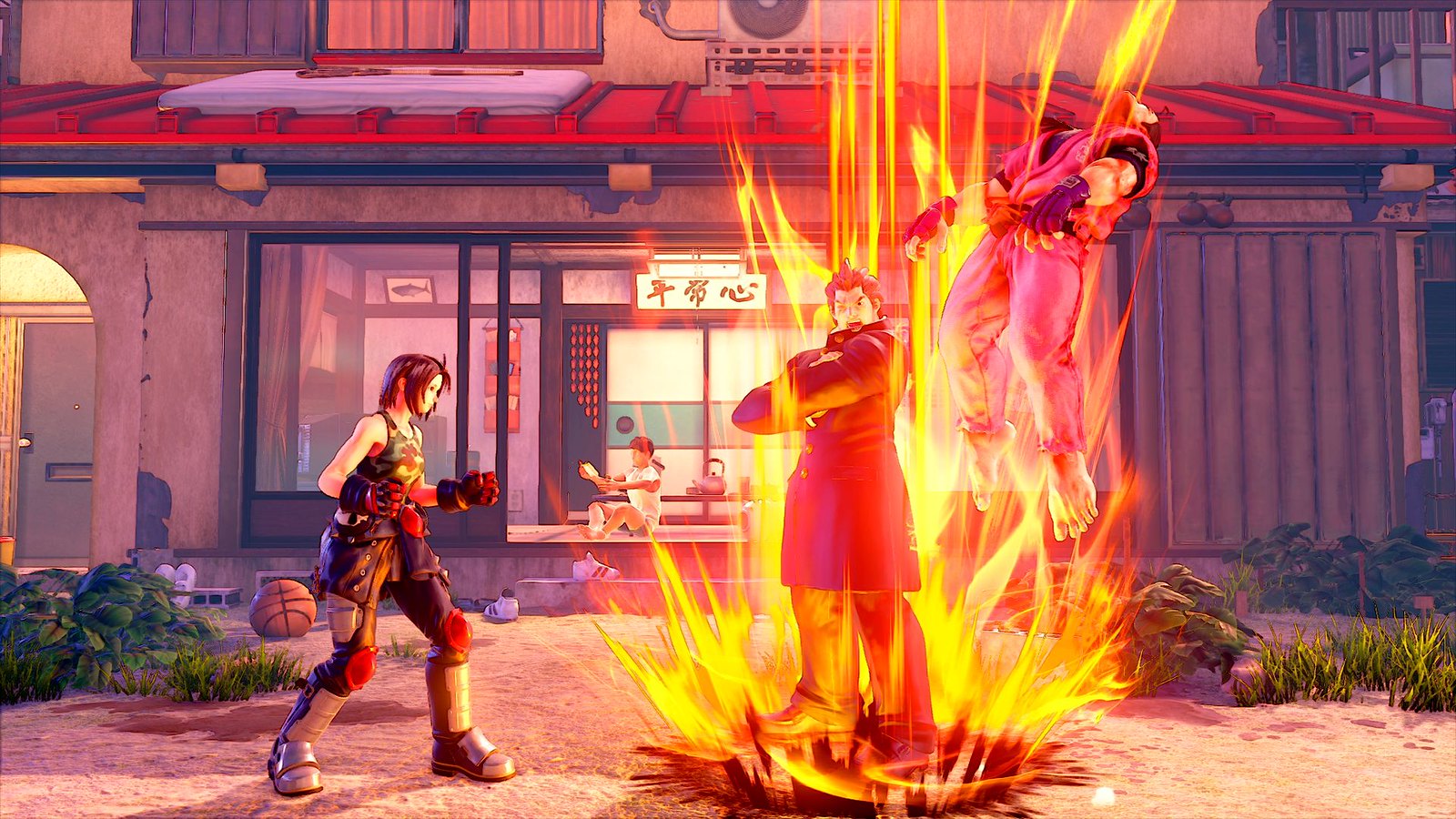 We look forward to revealing more about Rival Schools veteran Akira in the near future.

Coming alongside Rose’s release are these new Professional style costumes for Vega, Seth, and Juri. 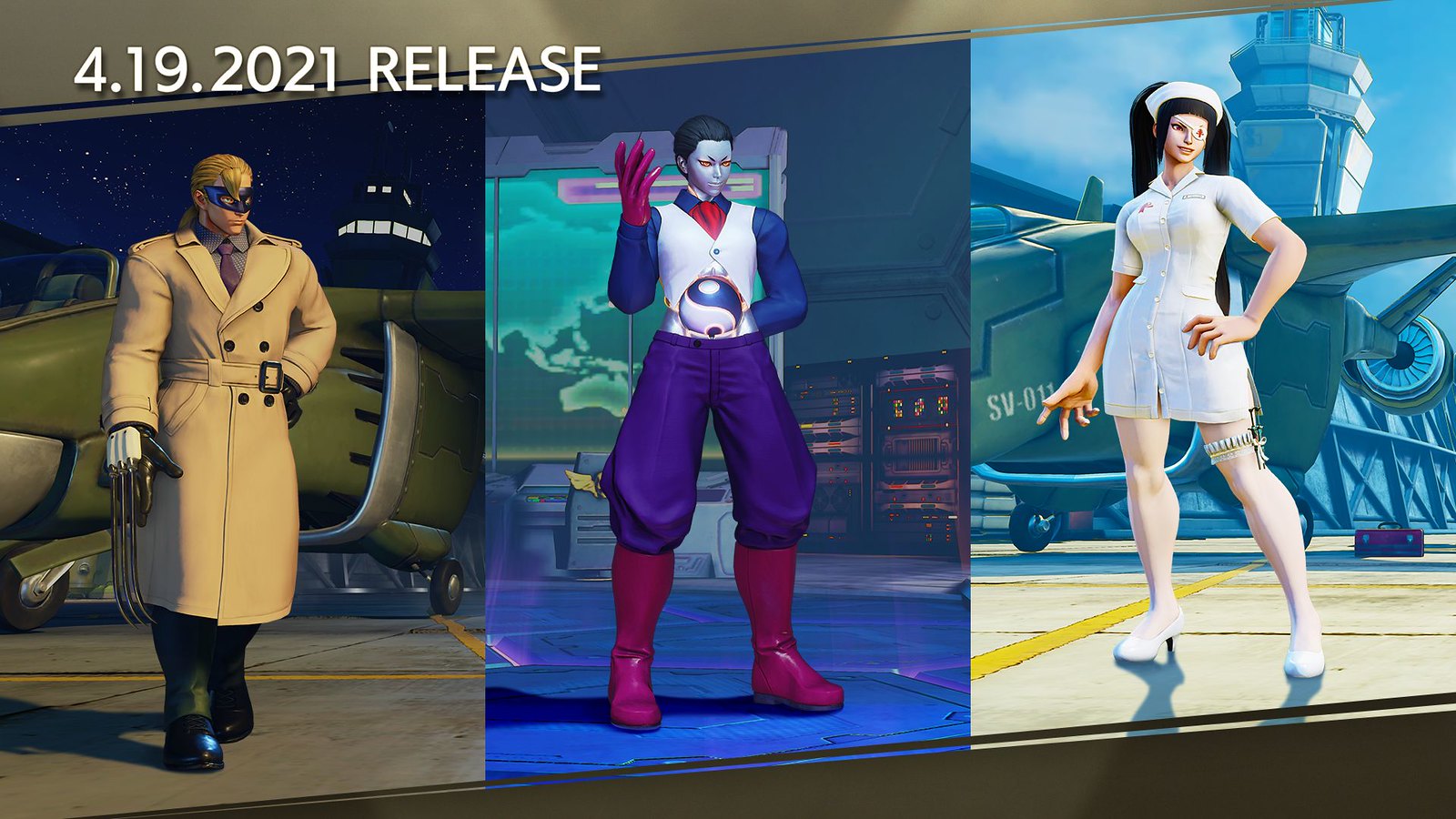 These costumes will be available on April 19 as part of the Season 5 Premium Pass or can be purchased in-store individually for $3.99 each.

Speaking of Premium Pass, the Season 5 Character and Premium passes are available now. Check out what’s included with each one: 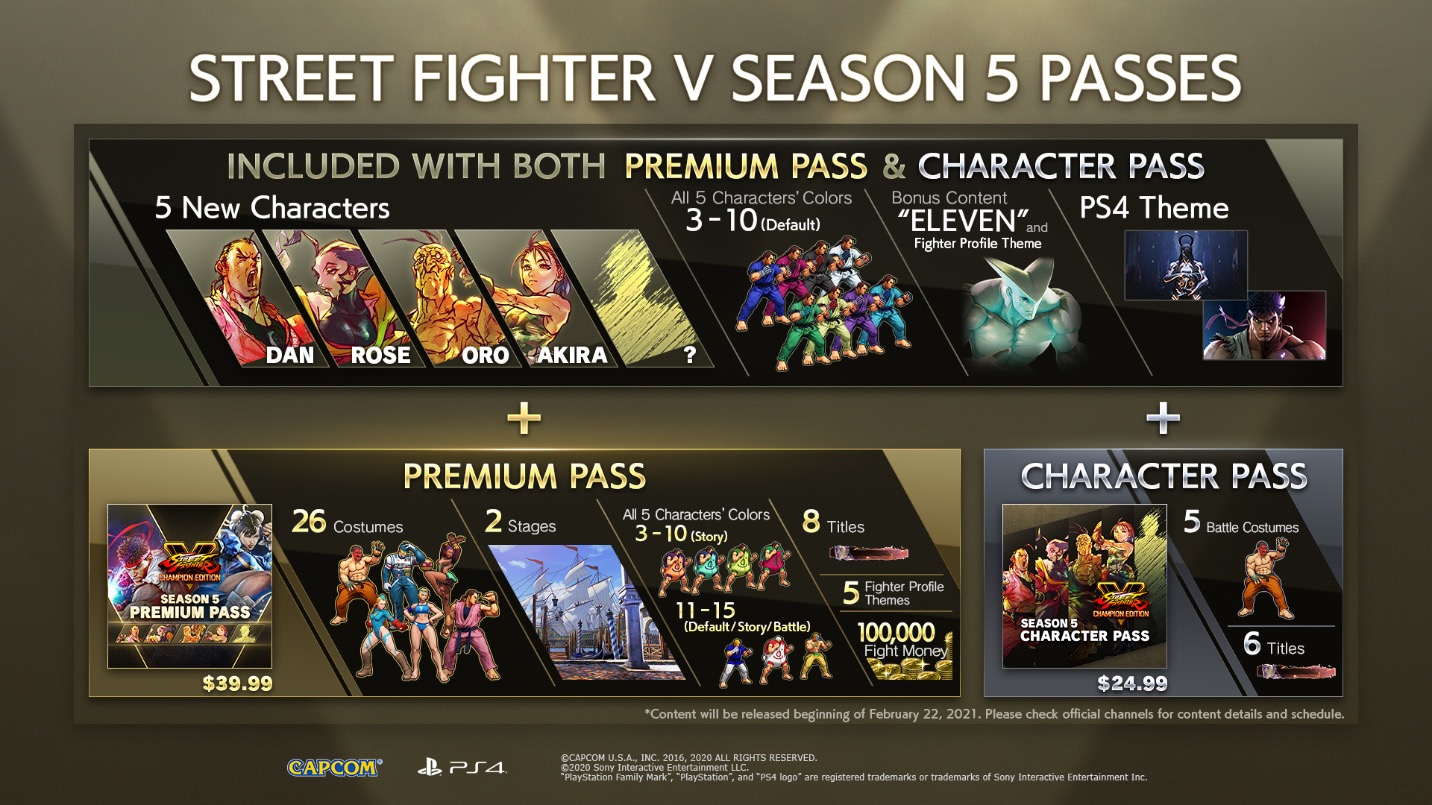 We hope you all enjoyed taking a deeper dive into Rose and Oro as well as the little teaser of Akira we were able to show off. Look forward to more as we will have additional info soon on Oro, Akira, and that fifth mystery character. And don’t forget, the future is set with Rose releasing on April 19. Thanks again for all of your continued support.