Read up on the dangers of outer space and how to deal with them in this handy guide.

Hey there! We at HypeTrain Digital are incredibly happy to present you with the fruit of our glorious labor – Breathedge, an awesome space survival adventure with humorous flair, which launches on PS4 tomorrow, April 6! Stepping out into space isn’t nearly predictable as it would seem. Breathedge has many life-threatening hazards, including but not limited to suffocation, freezing, burning, getting beat up and/or shot, dying of hunger and thirst, electrocution and so much more.

That’s why we’ve decided to provide you with a helping hand (on a stick!) and guide you during your first voyages outside. 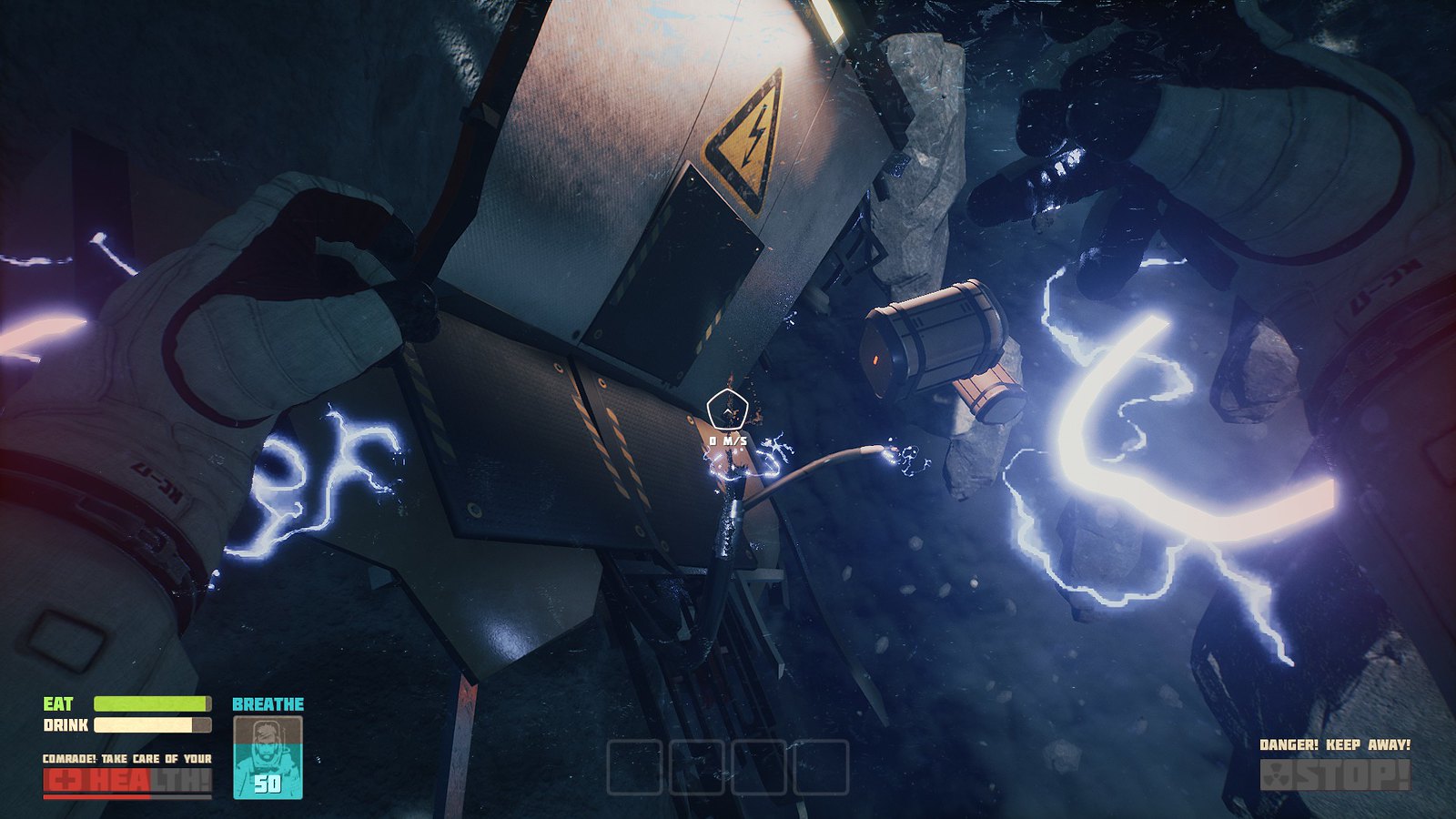 The civilization is built with tools. Too bad the tools you create don’t match the blueprints at all. But don’t worry, comrade, they still get the job done. Venture outside your shuttle and start touching things. Somehow, your suit’s onboard AI will figure out how to make something useful with what you find. It could be anything – metal, paint, an old back scratcher, batteries, even stale shawarma may come in handy.

Get yourself a new oxygen tank, a booster, and a flashlight – ta-daaa, exploration is now a whole lot more enjoyable. Don’t skimp on exploring around your starting area – all the good stuff is scattered around there somewhere. Pay extra attention to floating shipping containers – these often have some goodies that you would have to craft or harvest elsewhere.

Take advantage of the environment

Flex your ingenuity. Do things that make sense, and things that really don’t. It all works out! When feeling cold, look for a warm place. Need to connect two broken wires together?…throw a corpse between them! Chased after by a bad police robot? Short-circuit it with your own bodily fluids. The list goes on.

Keep an eye out for harvestable materials, too. Plastic and wiring, predictably, stick out from wrecked hulls (mainly from the walls). Raw materials such as aluminum, alkali, or ice – can be found etched in floating rock mass.

You are stranded deep in outer space, in a sea of debris and junk. Your next objective can be quite far away. Explore your surroundings steadily and plot your course around places with oxygen pockets, or bring oxygen out of your own pocket. Oxygen candles and oxygen stations will help you get an extra breath or two on your way forward.

Of course, if that doesn’t seem like a good idea, then…

There’s only so much distance you can cover with the help of your suit’s engine. You can build your own station and call it home (that’s for starters), and what’s more, you can build vehicles too.

Ride forward atop a vacuum cleaner, with the imaginary wind in your beard, and traverse space at ludicrous speeds. Don’t forget to fuel up, and hint-hint, one operational (but damaged) vehicle can be found in a dark place somewhere during Chapter 2…

You are what you eat, and your hero will have a hard time being a complete kleptomaniac in an ocean of space junk. Try to be rational on what to bring with you to your next waypoint, and conserve some space for the stuff you may come across while you’re getting there. Rest assured, you’re surrounded by all sorts of goodies, so chances are, a return trip may not even be necessary.

That’s it. We hope these tips will help you during your first voyages into outer space and on your journey forward. Breathedge and its story await you.