Hello, people of the Fog! We’re excited to announce that Dead by Daylight’s new Chapter is now available, bringing with it a resilient new Survivor, Yun-Jin Lee, and a sadistic, flamboyant new Killer, The Trickster. Keep reading for a closer look at how one of the most unique Killers to ever join the Dead by Daylight roster came to life.

The Trickster is a crazed pop-idol named Ji-Woon Hak and his thirst for fan adoration is only surpassed by his desire to kill in the most extravagant possible ways. On and off of the stage, Ji-Woon has a decadent personality and a giant ego. He sees both his music and his murders as high art, even going so far as to mix his victims’ screams into his own tracks.

In order to create his look, we placed ourselves in the shoes of a K-Pop entertainment company and created a brand around this character. The goal was to make him stand out in our universe, while also standing apart from real industry idols. The K-Pop universe has an extensive palette – it can be lighthearted and bright, but also dark and edgy. We felt this gave us enough wiggle room to interpret what K-Pop meant in a DBD context. 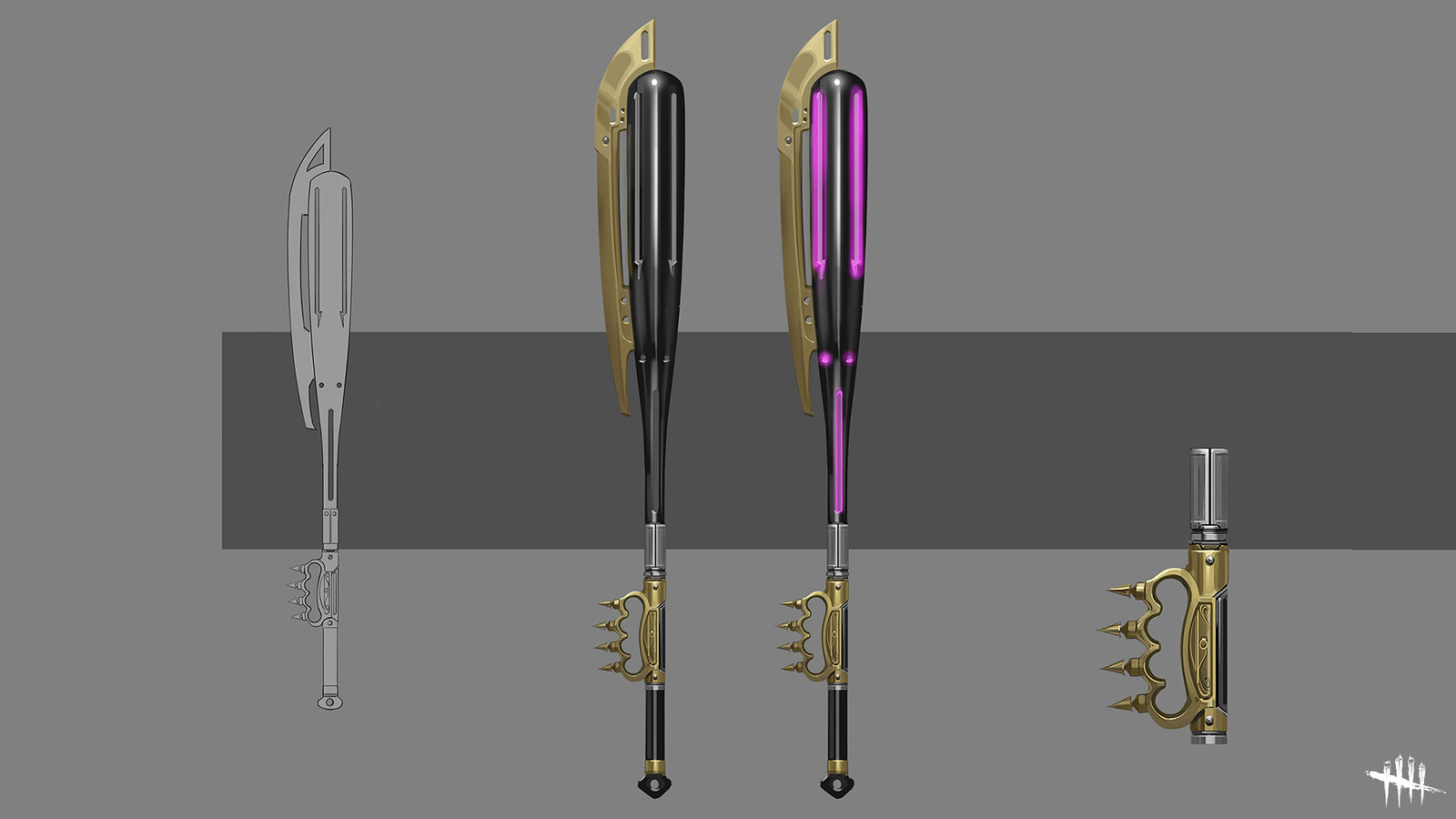 “One thing we really wanted to push with the Trickster was his flamboyant style and his color palette. Being a performer and wanting to be under the spotlight, he’s all-in. He wants to be seen and he’s not trying to hide.” – Filip Ivanović, Art Director

In The Trickster’s mind, he always performs for an adoring crowd which created fun opportunities for us to develop his personality. You’ll see him break the fourth wall and wink directly at the camera, for example. Ji-Woon is unique in that he isn’t a supernatural being, and he doesn’t wear a mask. He’s a killer that shows his real face, and he’s also the first to actually speak in-game! 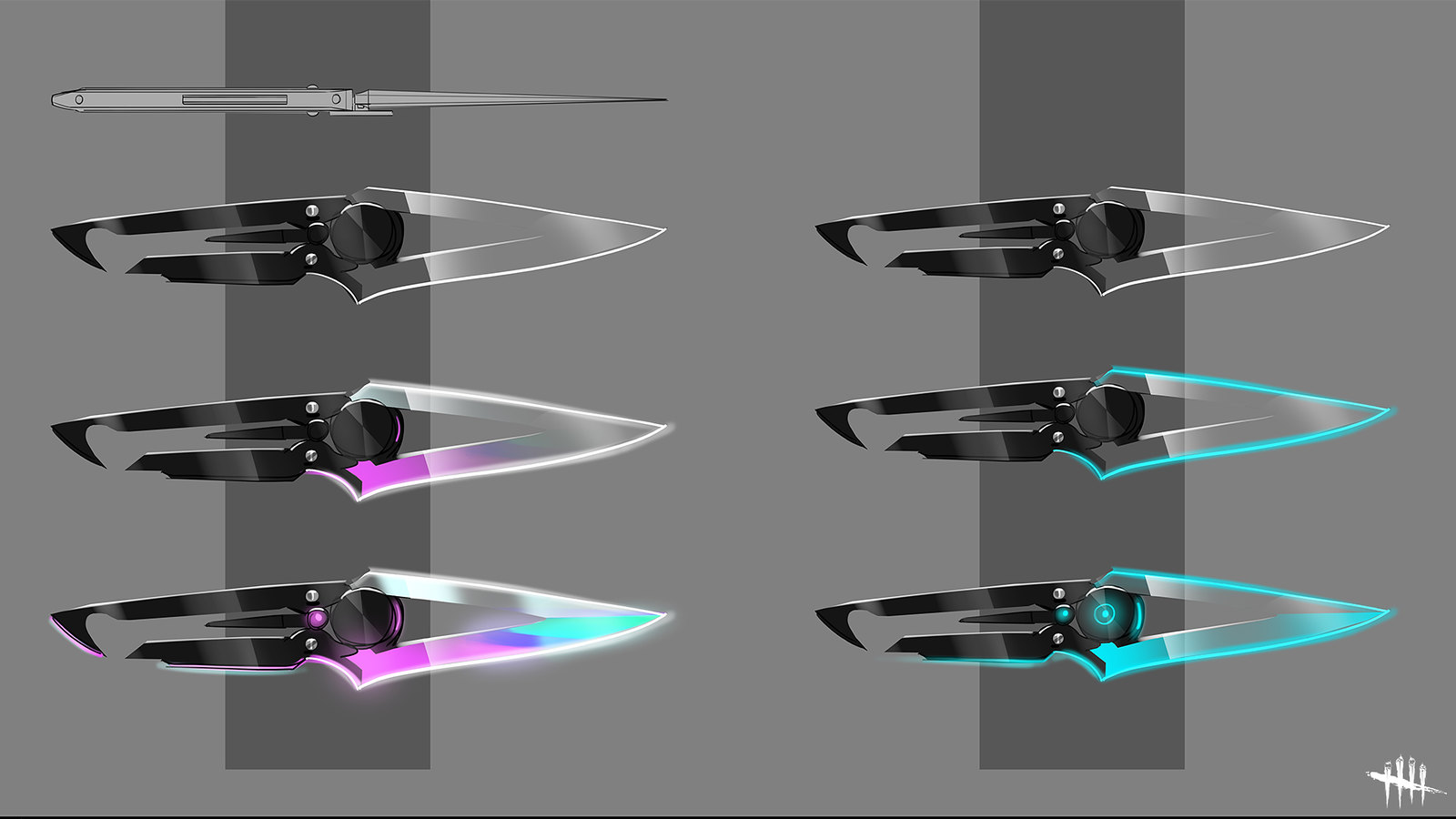 Gameplay-wise, The Trickster has some very interesting mechanics, including a new adrenaline-pumping perk called “Showstopper”. The player can quickly and accurately throw a flurry of sharp blades from a distance in order to take down a Survivor. As the Killer, you also have the choice to throw a single knife with greater precision or go all out and throw a lot of knives with great speed. We like to think of The Trickster as the machine gun of Dead by Daylight Killers, which makes him even more unique. 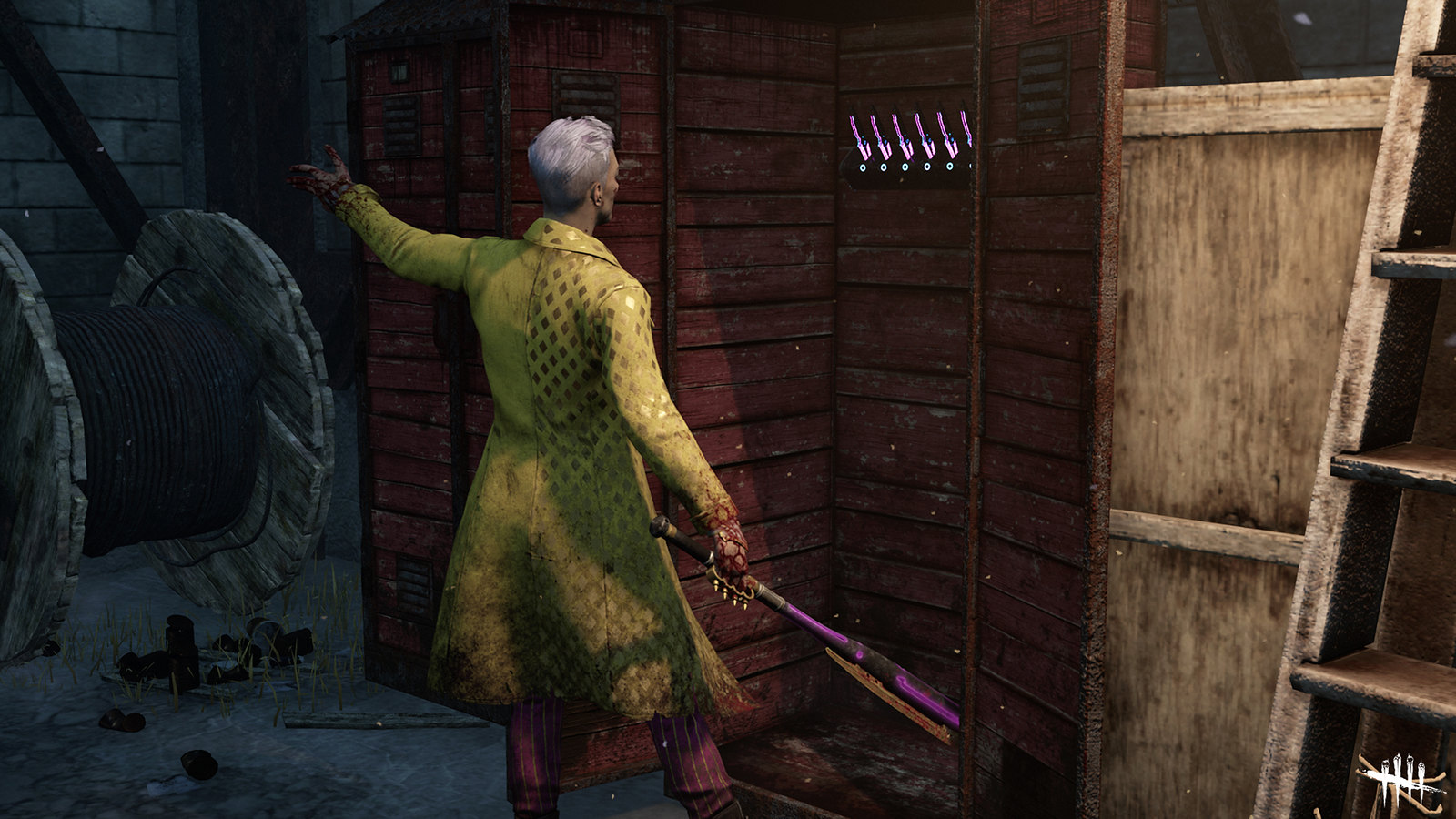 The Trickster can refill his stock of knives using lockers

“One of our challenges working on that specific Chapter was to make sure we remained authentic and true to the K-Pop identity. We immersed ourselves in the culture of K-Pop by watching, reading, and listening to everything we could put our hands on.” Dave Richard – Creative Director

To guarantee that authenticity, we made sure to collaborate with industry insiders like K-Pop star Kevin Woo, famously known from the K-Pop band U-Kiss, and DJ Swivel, a Canadian music producer who has worked with groups such as BTS to make sure we stayed true to the world of K-Pop in everything we created. Even the Chapter’s name is deeply rooted in that universe as it refers to the moment when a song or album simultaneously reaches #1 on all eight K-Pop charts. 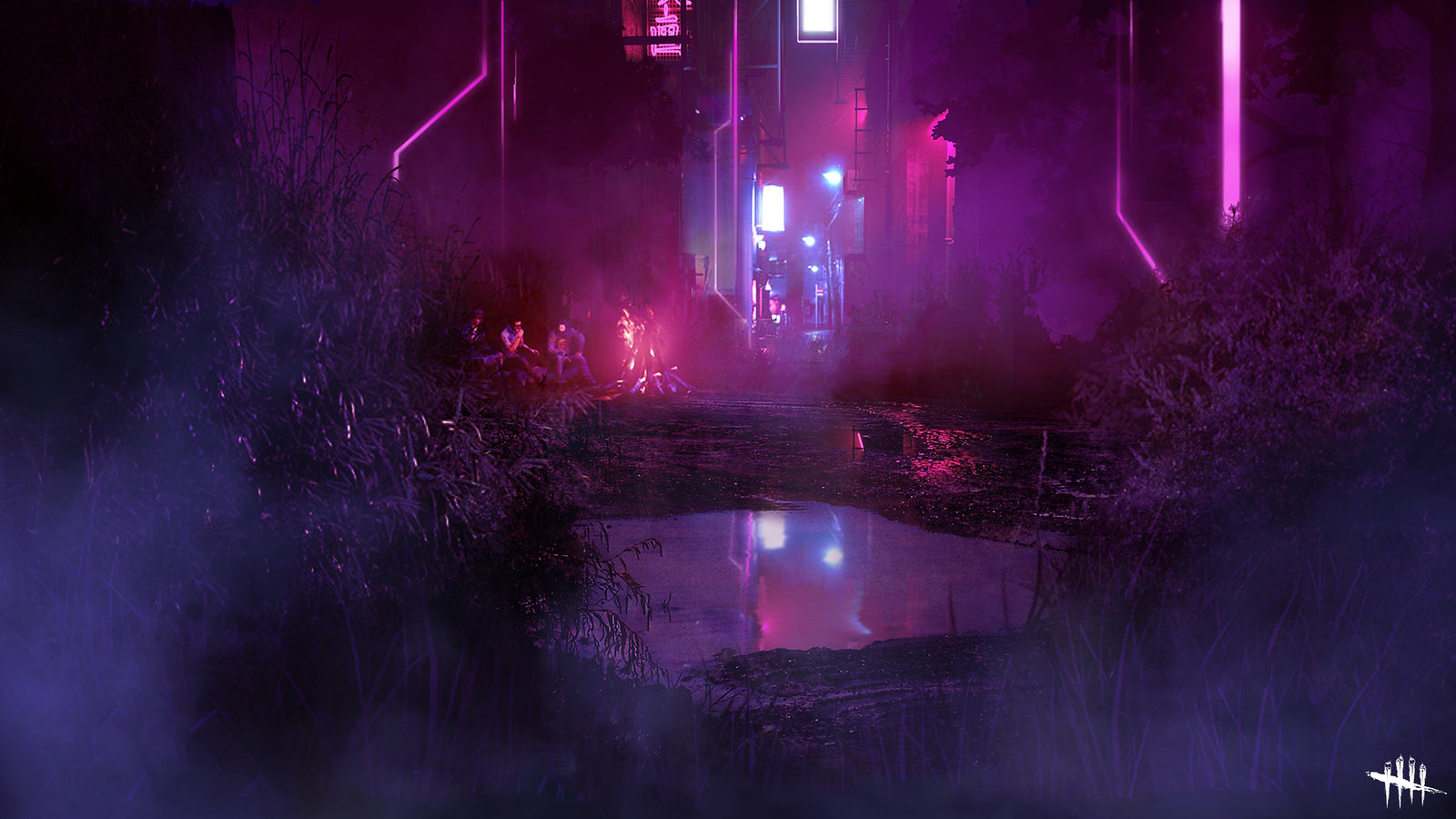 Dead by Daylight is a universe where it is possible to transform diverse styles, stories, and themes into horror. The team is fantastic at taking on these types of challenges. The vibrant and highly polished aesthetic of K-Pop culture juxtaposed with Dead by Daylight’s sick grim world makes for an alluring combination. We saw it as an opportunity to expand the creative space within our universe.