Armature's new adventure offers a lifetime of choices and a chance to change your past.

When husband and father Whit Anderson descends into a sinkhole to save the family dog, he unwittingly tumbles into a journey through time. Suddenly enveloped by visions of his past, present, and future, Whit discovers he can change them, altering the course of his and others’ lives forever.

Hi everyone! Thanks for checking out Where the Heart Leads, our game about relationships spanning a lifetime of interactions where you, the player, make choices that change your world.

From the jump, our focus was to create a narrative experience that wraps its arms around you—like a well-worn, comfortable couch, or your favorite sweater, or a luxurious van. You get the idea. We’ve built a narrative framework and a subtle incentive, but it’s all to support your journey forward. The decisions are yours to make. 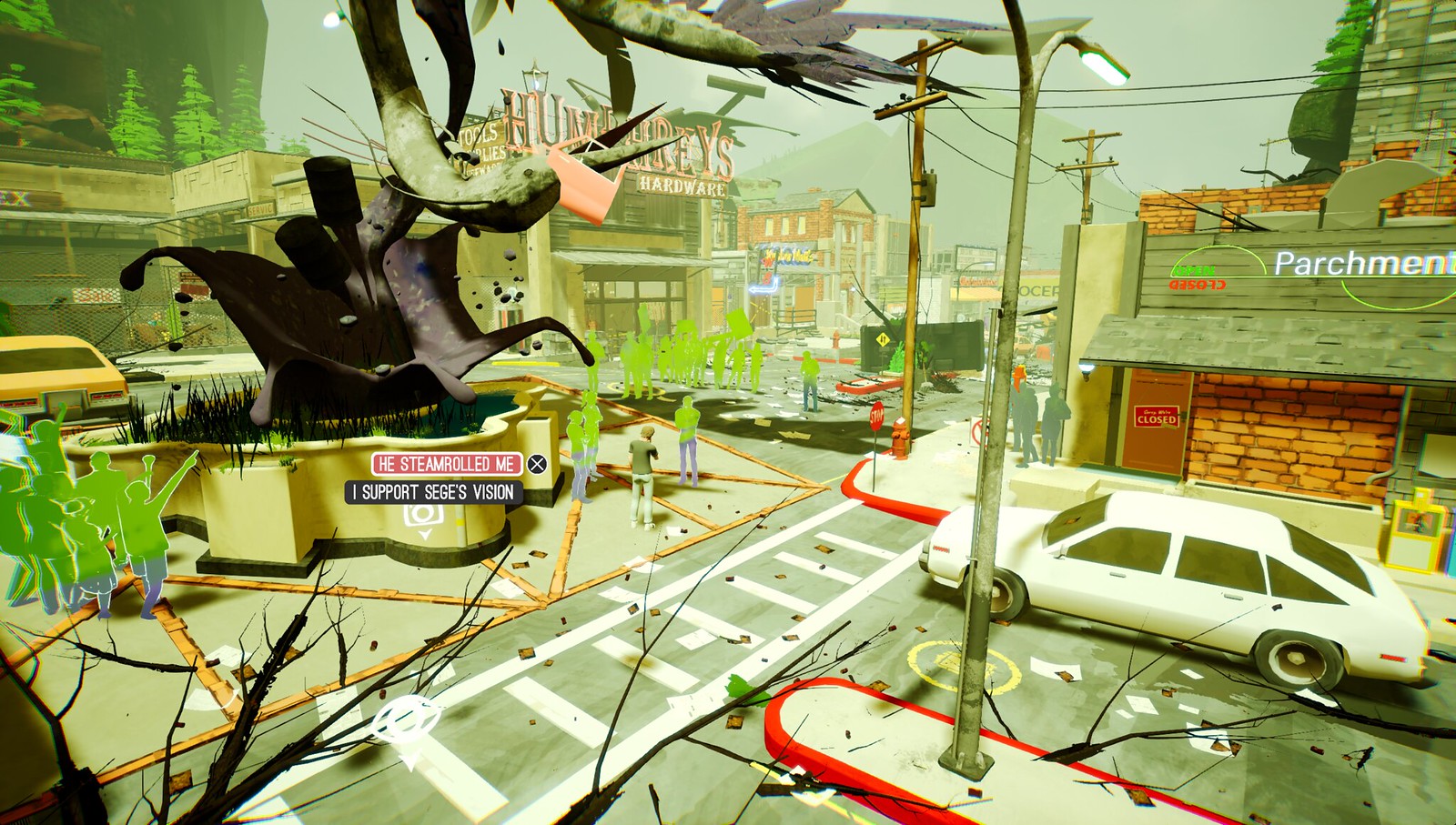 And there are lots of decisions. You’ll guide family man Whit Anderson through his past, present, and future as he reflects on his life and the pivotal moments where one choice or another made him who he is. With thousands of choices and dozens of endings, the story is very much yours to write. Along the way, maybe we can learn something about each other.

Meaningful moments create a mark on us which we can easily recall at a later time.

Our own families and the people we admire provide endless inspiration when making a game like this. And while not directly related, games like Heavy Rain, Oxenfree, Xenogears, and Vagrant Story all contributed to the game’s functionality. We are big action/narrative/puzzle gamers, but also avid filmgoers. Keen-eyed cinephiles may notice influences from the likes of David Lynch, Wes Anderson, and Nicolas Winding Refn. 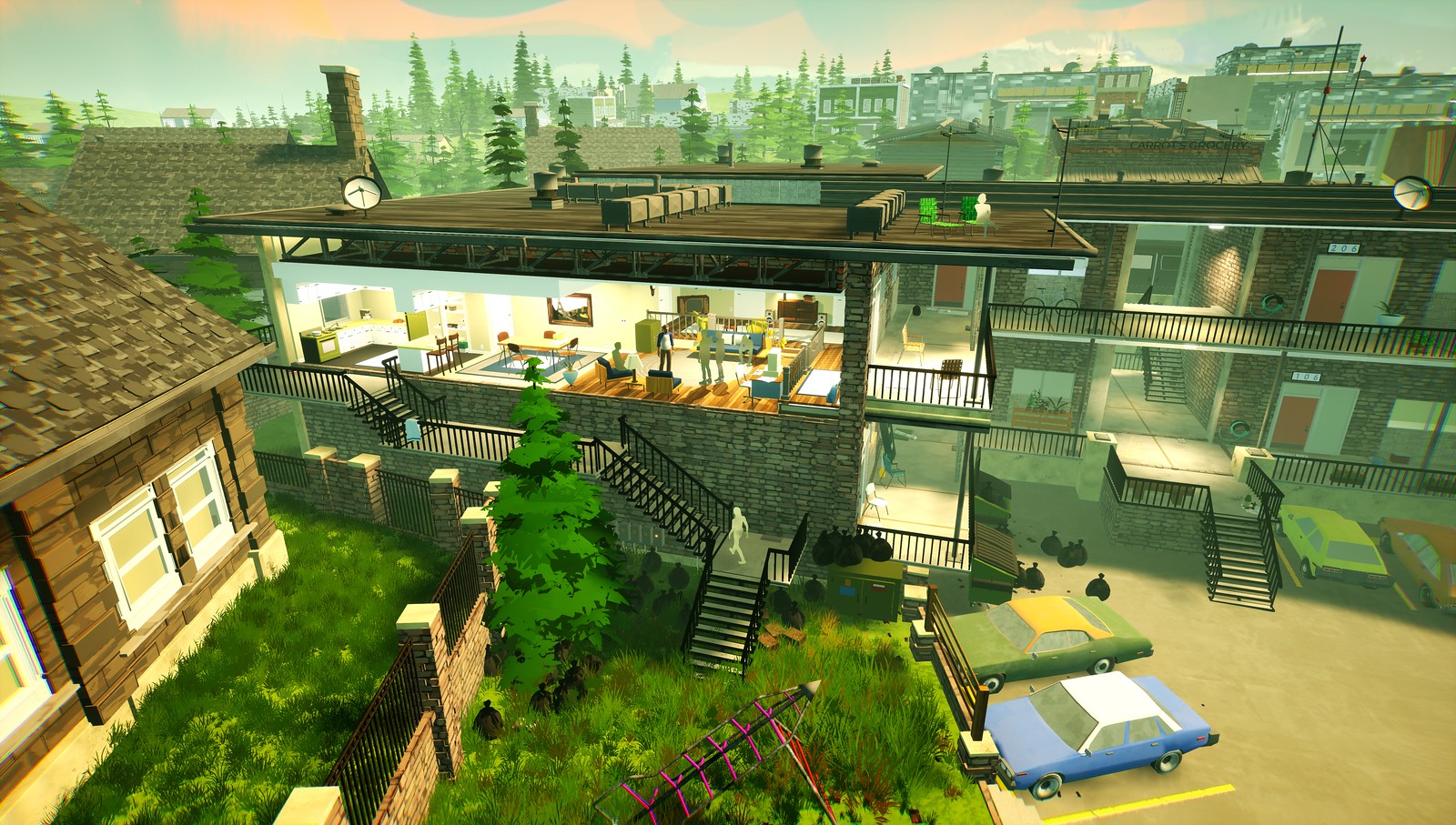 Throughout our careers (shout-out to Metroid Prime fans!), we’ve strived to create worlds that tell their own story, but which you discover by playing. We have been fortunate to connect and collaborate with so many gamers over the years, many of whom have found something emotionally resonant in these worlds. You inspired us to build this game just for you. The result is our first narrative adventure.

We have created a huge number of branching paths you could be on, but the order in which you do things, for the most part, is up to you. For instance, in our new trailer, we show an interaction between you and your spouse with two choices, before showing you a tiny glimpse at how those choices create outcomes in the future.

In this particular situation, you’ve just had an argument with your landlord. Your rental home has been destroyed by a storm and rather than repair it, your landlord is going to collect insurance money and sell it down the road, forcing you out on your ear. Your spouse Rene owns some land as part of an inheritance but you have your own ideas for how you could live in the meantime…

When picking the choice “Sell Your Land” the result is:

Going into this choice, your relationship with your wife Rene was pretty good. Jobs were stable, so you agreed that selling Rene’s inherited land makes the most sense. Plus, it gets you and your family out of harm’s way fairly quickly. Although you never saw yourself as part of the upper class, things have worked out well. You moved into an affluent area of West Carthage and began a new chapter of your life.

If you had picked the other choice “Get Creative” the result would be this:

As a burgeoning artist, you have ideas for how Rene’s land could be used.

Looks like living in the woods suits you… and, maybe, only you.

The choices you make directly affect the path you and your family are on. Those choices also create new paths to walk down, opening different narrative threads across decades of options.

What you will and won’t see, I do not know. Even in testing the game, many of us ask each other, “How did you end up there?” Creatively, it’s been a huge challenge. The game has expanded almost of its own accord, past our original 5-hour goal to now over twice that. Each player might only see a fraction of the game on their original playthrough, and that’s okay, because it’s your story. The differences span chapters, so while not immediately apparent, small things could lead up to huge deviations.

Currently over 600,000 words, Where The Heart Leads is narratively larger than “The Lord of the Rings” trilogy by J.R.R. Tolkien, or “Infinite Jest” by David Foster Wallace, or “The Stand” by Stephen King.  What you uncover will be as much a surprise to us as it hopefully is to you.

This game evolved from a desire to let players tell their own story. Along the way, we realized we were sharing bits and pieces of ourselves during this difficult time period for everyone. In the end, I believe our goal has changed—Where the Heart Leads is now more about finding each other than the homes we once knew. Our game is definitely not for everyone, and we never wanted it to be. It walks its own path, and we deliver it to you with the very best of hopes for you and your loved ones this year. 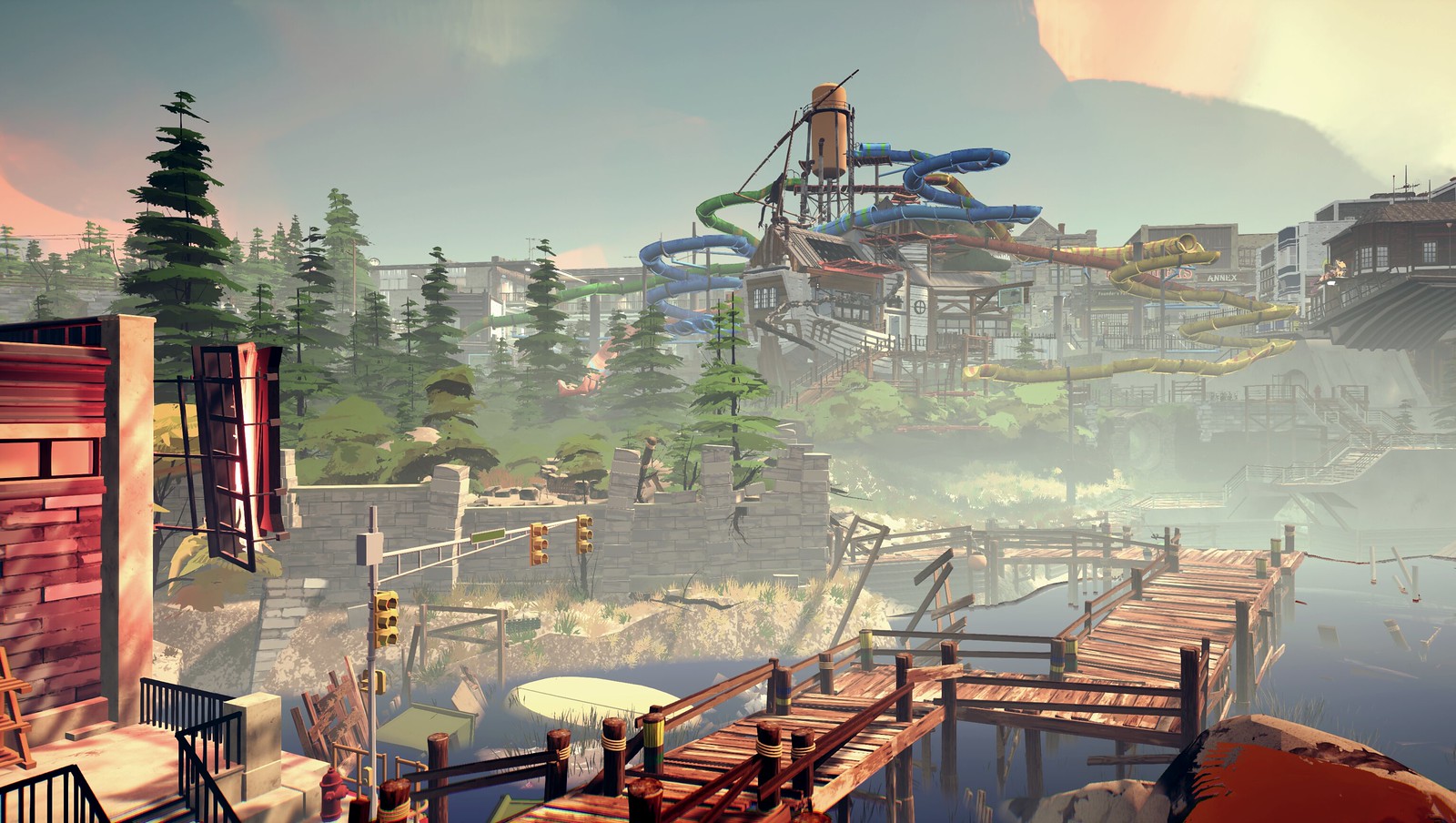