What is up PlayStation fans!  We are very excited to be back on the blog, this time with the announcement of a new map that is near and dear to many skateboarder’s hearts. Skater XL has always been about giving access to skateboarding to as many people as possible, including the mechanics, culture, and history that makes skateboarding so special to so many.

When it comes to landmarks in skateboard history, you’d be hard pressed to find more hallowed ground than San Francisco’s Embarcadero Plaza during the 1990’s era. Everyday, SF locals and skaters from across the globe would come to EMB to write new pages in the book of skate history daily on the red bricks, stairs, blocks, ledges to the infamous ‘Gonz’ Gap.

Our ode to this era, is a tribute to this iconic location packed full of all of the features that made it famous. Created by the Easy Day team, this all new map is now available for download in the Mod Browser on PlayStation 4 consoles.

While we have added DIY elements around the map to include new lines and additional gameplay options, Embarcadero’s most notable features are true to the time and ready for you to make your mark. 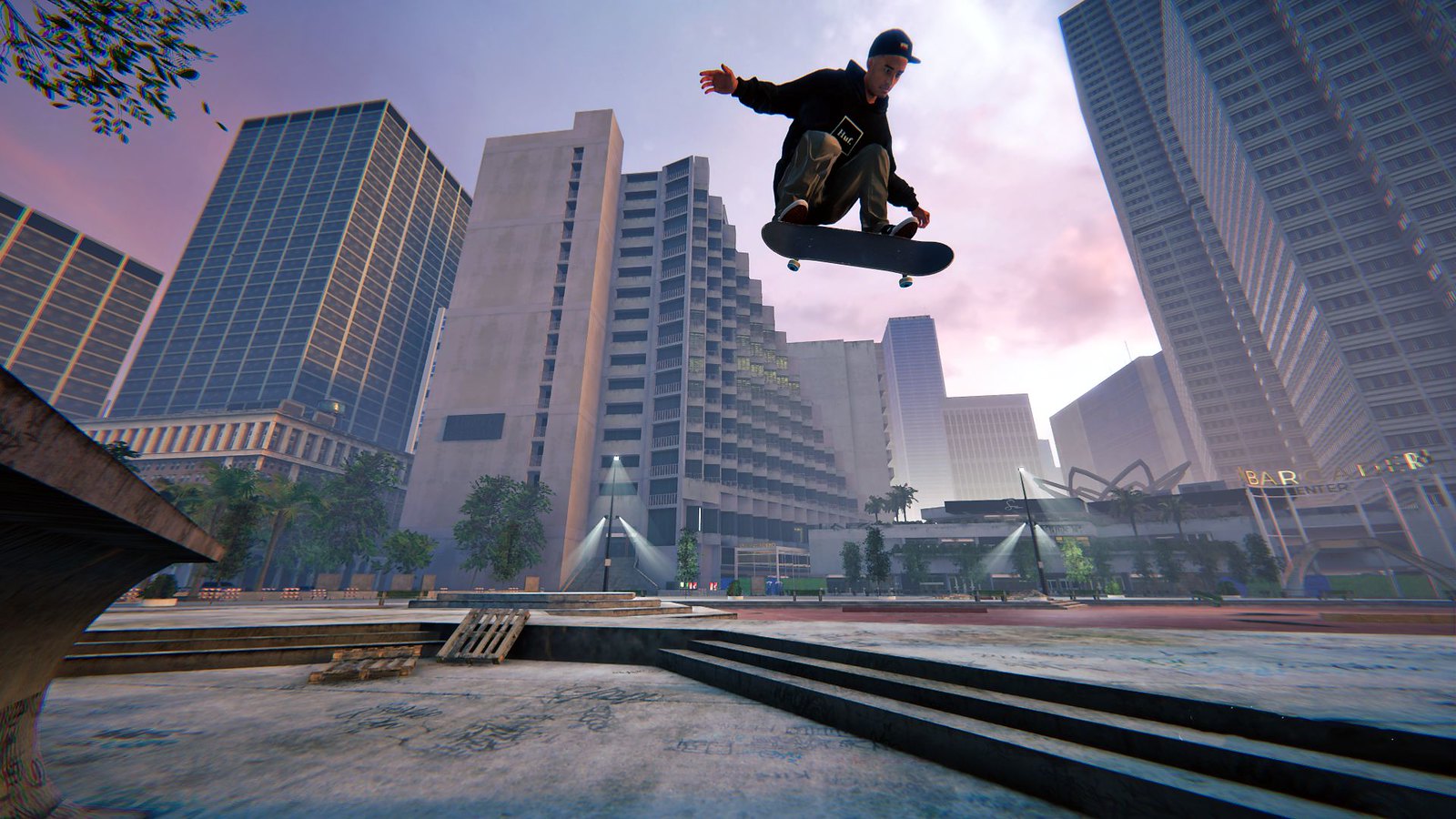 Ollied for the first time and made famous by skateboard legend Mark ‘Gonz’ Gonzales in 1986, the ‘Gonz’ Gap became the proving ground for early ‘90s skateboarding.  From 1990 through 1996 there was almost no surer way of gaining legitimacy in skateboarding than to successfully land a trick over ‘The Gonz.’ Find the ‘Gonz’ Gap above the “wave” wall, and put your name into the digital skate history books. 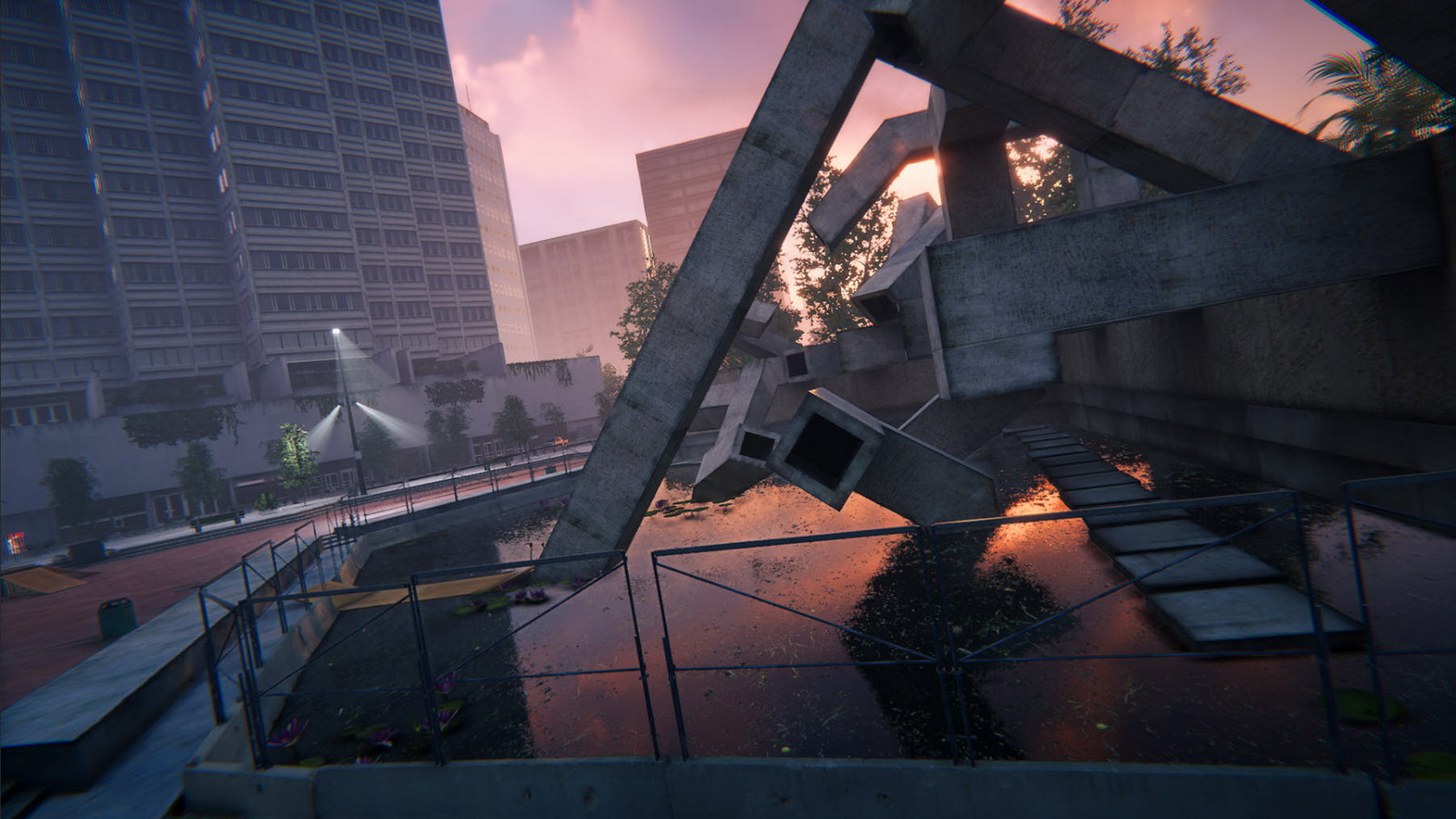 Easily one of the most recognizable features of the Embarcadero Plaza, the Vaillancourt Fountain is appealing both for its aesthetics and its skateability.  Grind the surrounding ledges, or skate them as manual pads. We have also added a skateable brick bank and a little surprise coming out of the pond. 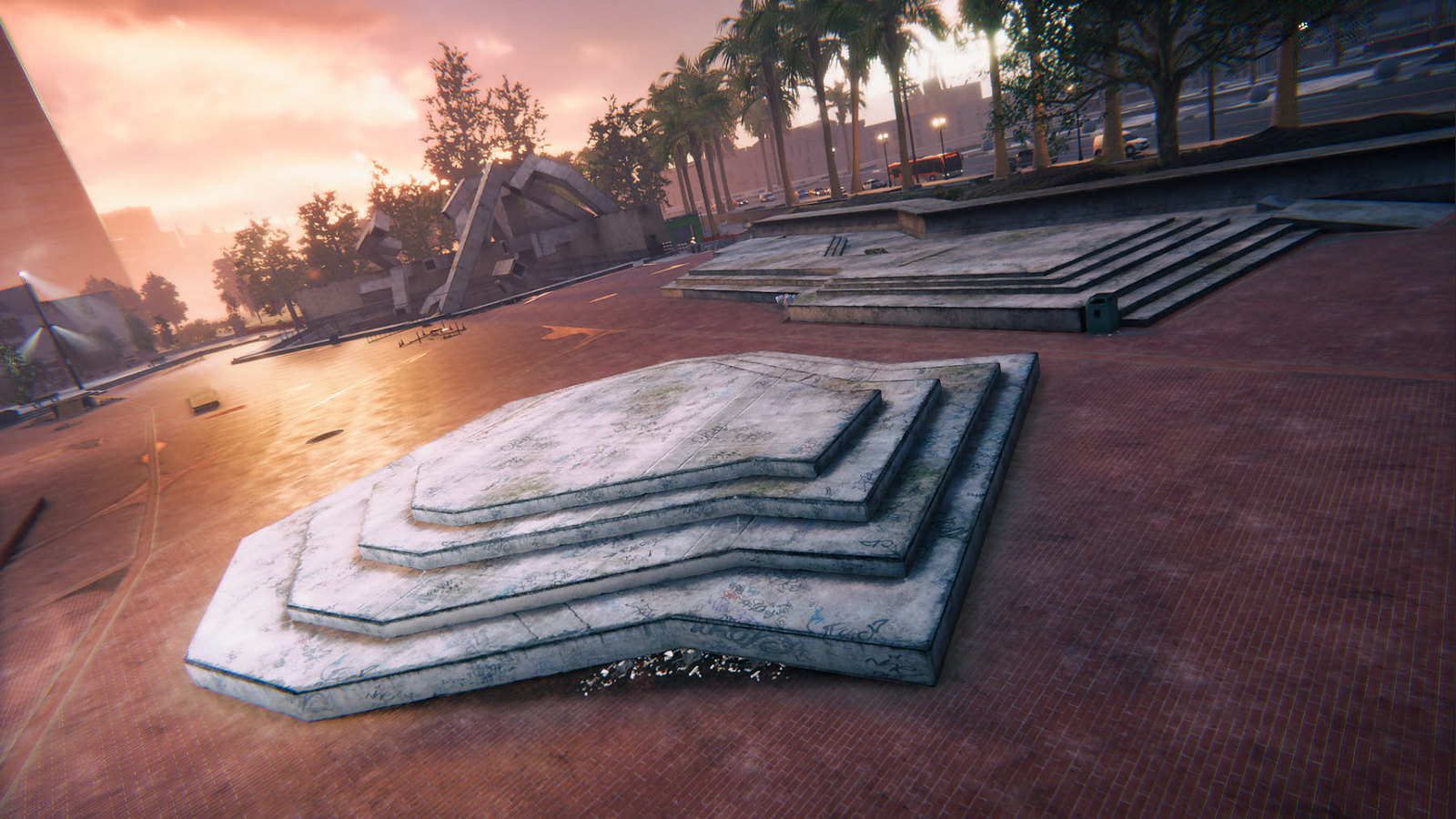 Given its nickname after its letter-like shape, the “C” block saw ledge skating innovation on a daily basis. SF legends like Mike Carroll and Henry Sanchez, among others, pushed the boundaries of technical street skating to new levels on these crusty cement slabs. 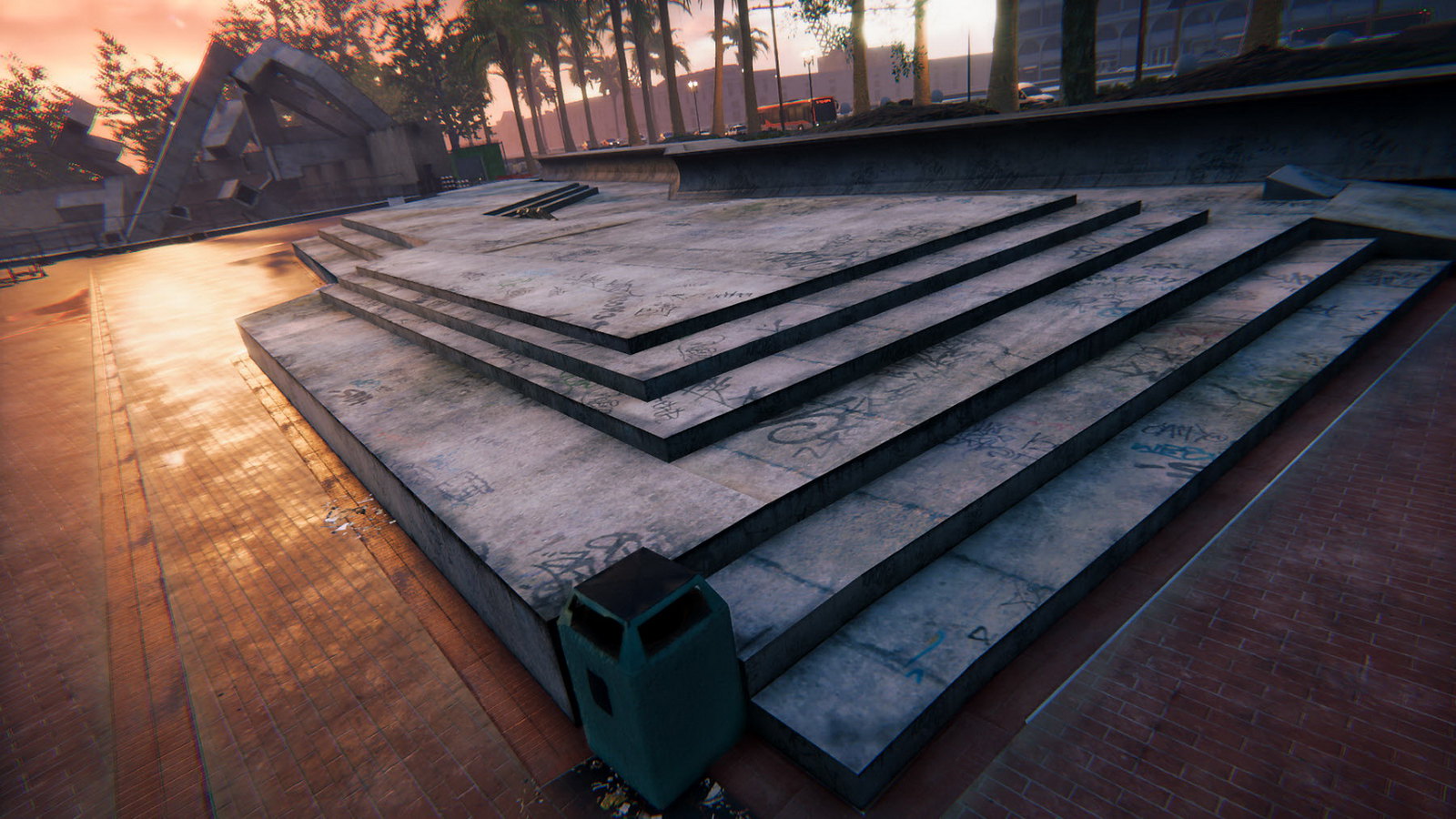 Though commonly referred to as ‘The Seven,’ this stair set was actually six steps with a lengthened third step, or a three-flat-three double-set.  Back then, stair counting was less important but that doesn’t detract from the impressive tricks that went down this set.  What are you throwing down this? Will you recreate one of the classics, or take your own path? 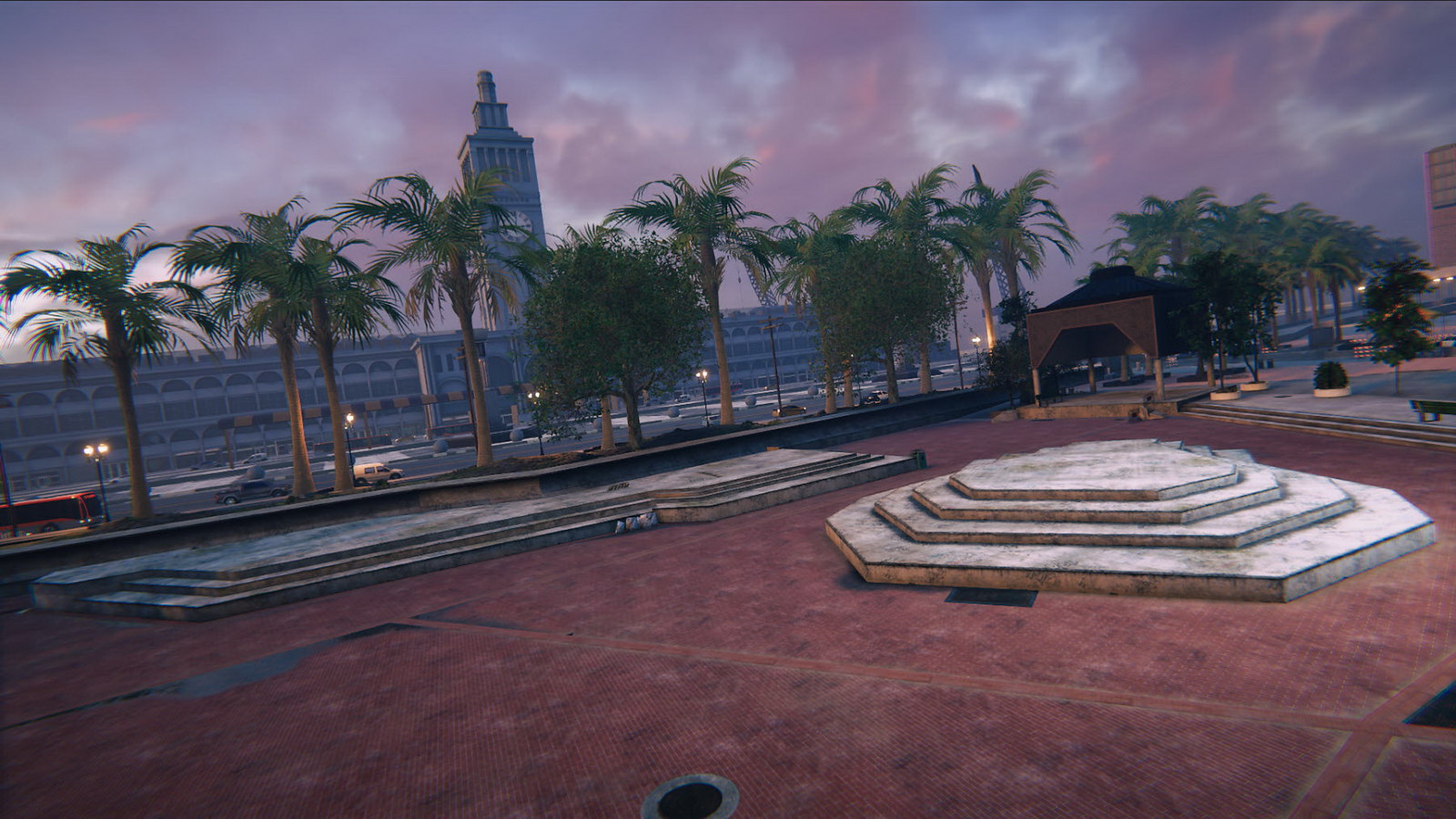 Most skaters will tell you that brick is not the ideal platform for skateboarding, but there is just something about the ‘clickety-clack’ of rolling through EMB that is part of its special sauce.  We have included brick textures and sound effects throughout the map, to make it feel like you’re really there. 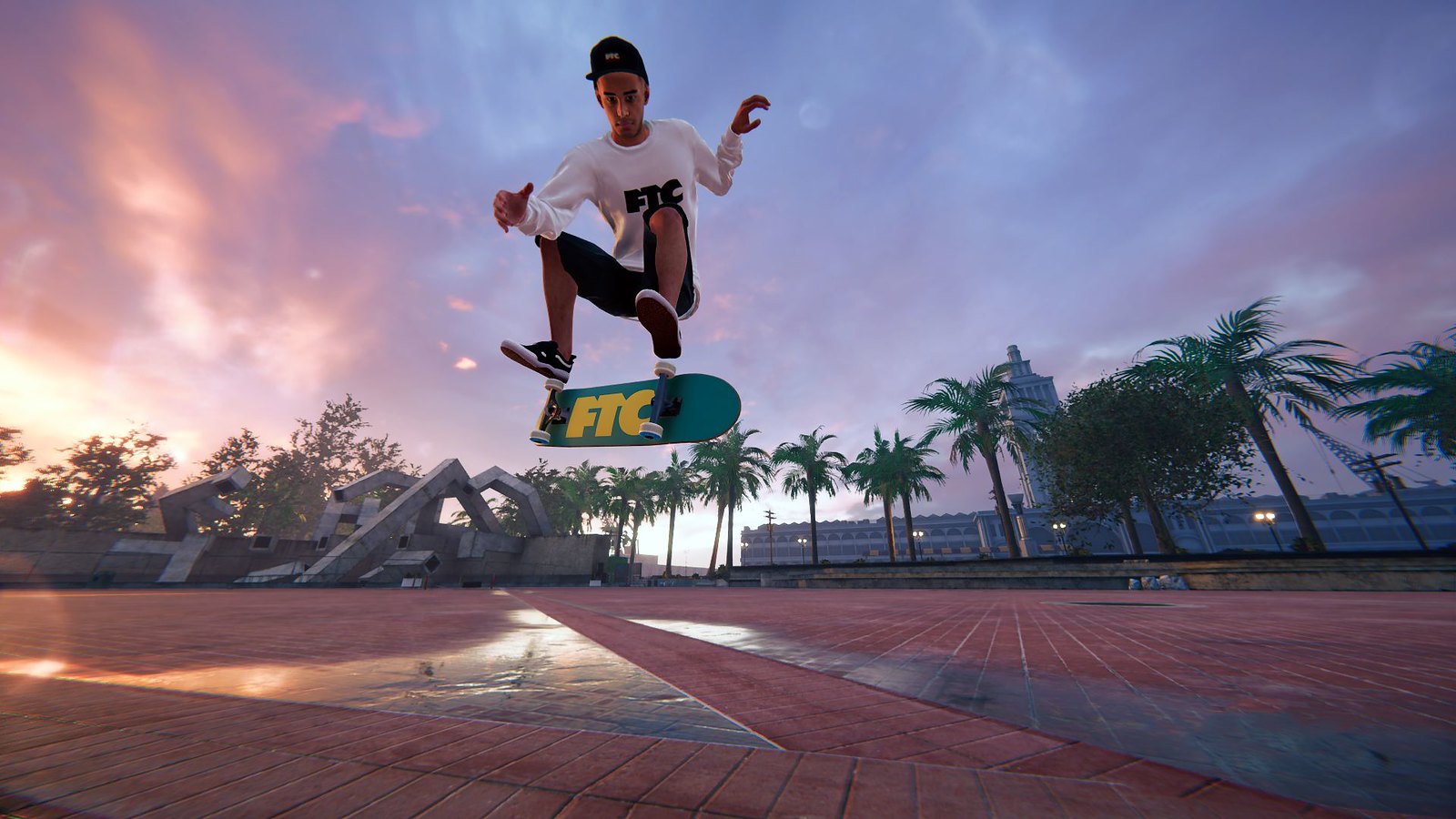 And our homage to SF wouldn’t be complete without a special drop of gear from FTC. Throughout its 25+ year history, FTC has kept the San Francisco skate scene thriving, sponsoring countless skateboard legends. The capsule is now available in the mod browser on all platforms, sporting Bay Area colorways of the iconic FTC logo.

We are very excited to put this piece of skateboarding history in the hands of PlayStation players and explore your creativity.  Whether it’s technical ledge lines or Gonz Gap glory you’re after, Embarcadero Plaza for Skater XL is a blend of nostalgia and newness with endless possibilities.  Download the Embarcadero map now in the ‘Maps’ section of the Mod Browser on PS4.