Cryptic Studios updates its MMO with House Reborn, coming to PS4 and PS5 on March 2.

Star Trek Online is in the midst of their Year of Klingon, and their newest story update, House Reborn, is about to launch on Playstation 4. On March 2, you can experience a brand new story starring the biggest collection of Klingon actors they’ve ever had – Mary Chieffo as L’Rell, J.G. Hertzler as Martok, Robert O’Reilly as Gowron, and Sam Witwer stepping into Kenneth Mitchell’s shoes as Tenavik. The Klingon Empire is shattered, in the midst of a civil war caused by the mad Emperor J’mpok. You must journey to Grethor, the Klingon version of Hell, to battle for the lost soul of the first Klingon Chancellor, L’Rell, mother of Klingons.

This is the perfect time to jump into Star Trek Online as an honorable Klingon warrior. The Year of Klingon officially kicked off with Season 20 – House Divided, last September. The entire Klingon starting experience has been rebuilt from the ground up, with high fidelity visuals, streamlined mission design, and new voice acting. If you start playing now, you’ll also become a Klingon Recruit, which gives you access to new rewards as you level your character.

To find out more about the process of updating the Klingon experience, we spoke with Senior Content Designer Jessie Heinig. Jesse’s been with Star Trek Online for ten of its eleven years, so he’s also got a unique perspective on updating the story, since he built some of it himself. 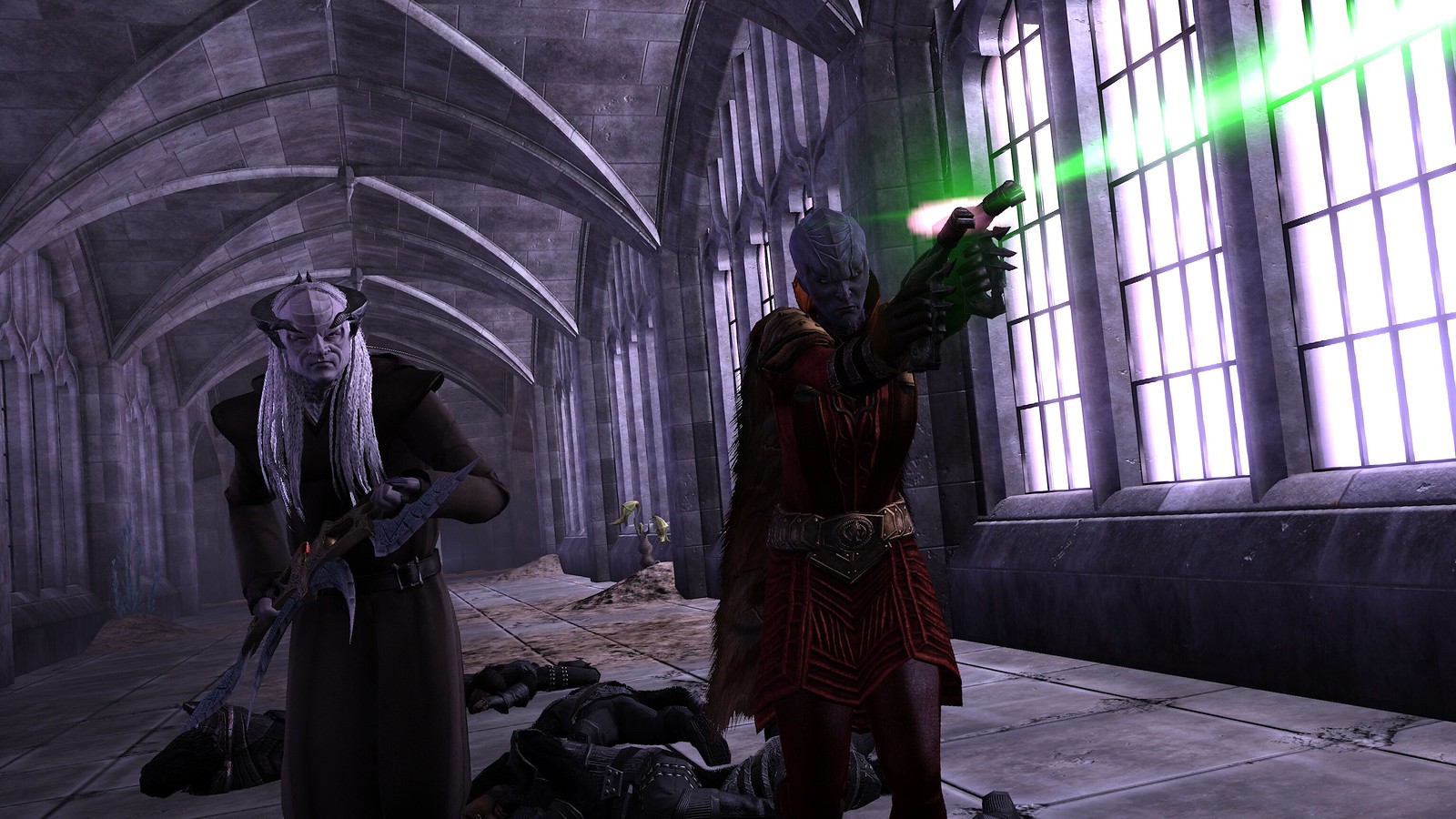 How did you get involved with the process of reimagining the Klingon starting experience?

And I was tapped specifically for remastering and re-imagining all of the early Klingon content and bringing it up to new standards, which was a lot of fun. And it’s really, really amazing to see people get to make new Klingon Recruits and play through this, often for the first time. We encourage people, “No, go and play a Klingon. Now is the time. Today is a good day to play.”

You worked on a lot of these missions when they originally launched. How has your design philosophy changed now almost a decade later?

So, the market itself for MMOs has shifted a lot over the last 10 years. Back when Star Trek Online launched, it was still in a period when MMOs would have things like 40-player raids that took hours to complete, or missions where you would spend 45 minutes on one map in a massive landscape. Missions where you’d be dropped into a map and given some very vague directions of “Find this person.” And so you’re just running around this map in a search pattern, fighting enemies until you find your objective.

And part of that is that in the era of subscription MMOs, 10 years ago, we built missions that were designed to be long and exploratory where there was a lot of time for you to wander the map and see interesting terrain and feel like you’re in this episode of Star Trek on location… It’s like when the Voyagers crew gets marooned by Seska and company. And it’s sort of like, “Well, we’ve been trapped in the hills of Burbank. We’re going to wander aimlessly until we find shelter.” Cut to commercial, come back from commercial. “There’s a cave, but it’s guarded by a giant special effect.” 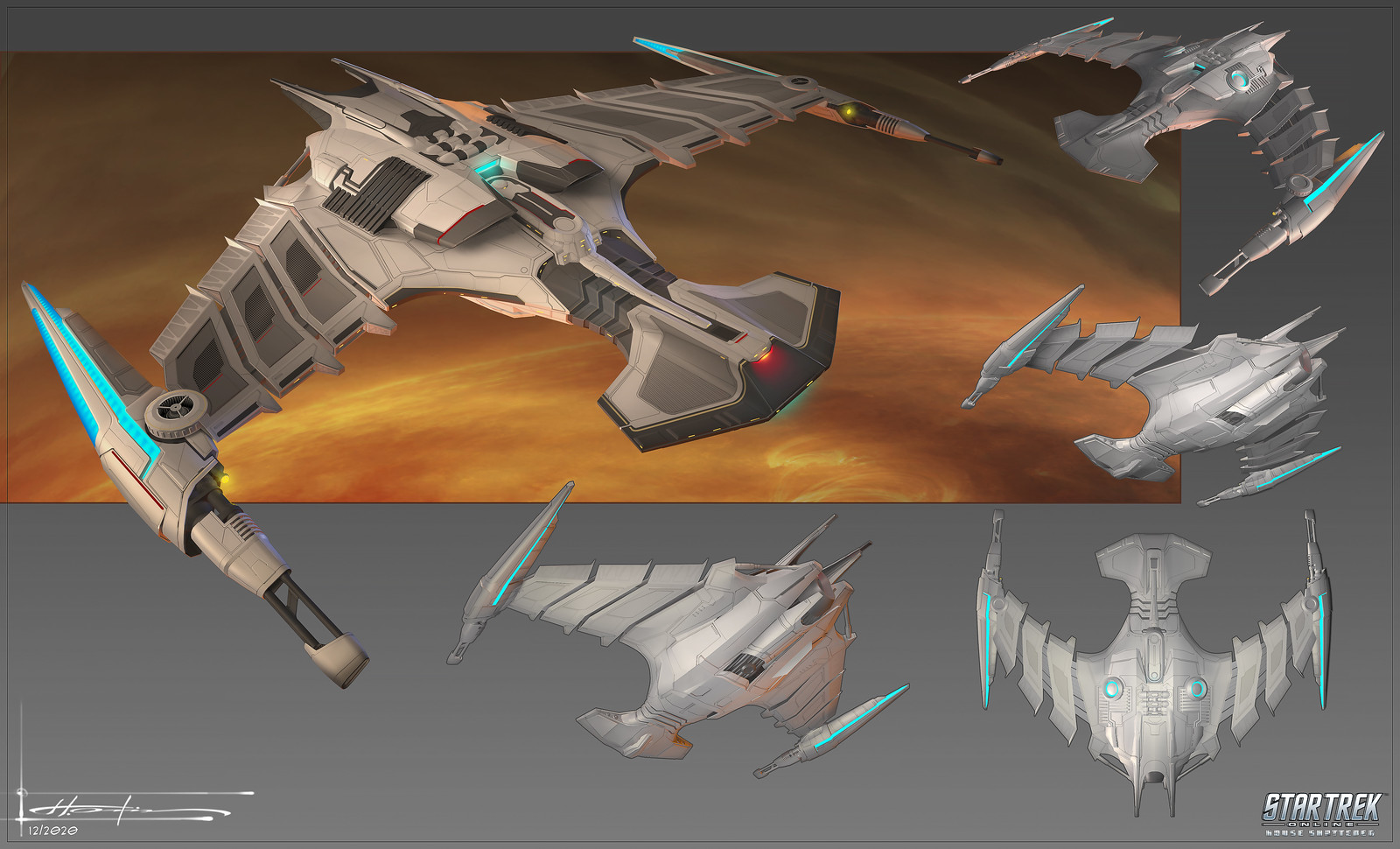 Can you give me an example of a level that you did do some of that visual storytelling to streamline the previous process?

Sure. So, we redid a lot of that in our Ketha province ground map. You’re trying to track this Romulan spy down and figure out what the heck is going on.

Of course, by the time you find him, he’s planted a bomb, but you would start on this platform up on a hillside in the shadow of this large citadel, the castle that is the house for House Martok. And then you have to go down into the valley below, and it’s just these big fields and some hills on either side and there was not very good direction, and so players would say, “Okay, I’ve talked to Lady Sirella and she’s like, ‘Go talk to some people and find out what you can about what’s going on.'” And they jump off of the side of the castle and flip around, and then they’d be running over the hills and cutting through the woods and pushing through the fields and fighting wild Targs. It was really easy to get lost and be like, “I don’t know where I’m supposed to go, or what I’m supposed to do, or who I’m supposed to talk to.”

Our environment team went through here and said, “Okay, we’re going to make it so that this area of the platform you start on, there’s a stairway that comes down and that stairway is going to have railings on it because Klingons have safety regulations I guess.” So that you don’t just go look around and go, “I guess I’m supposed to go to the East so I’m just going to jump off this thing and run straight East.” 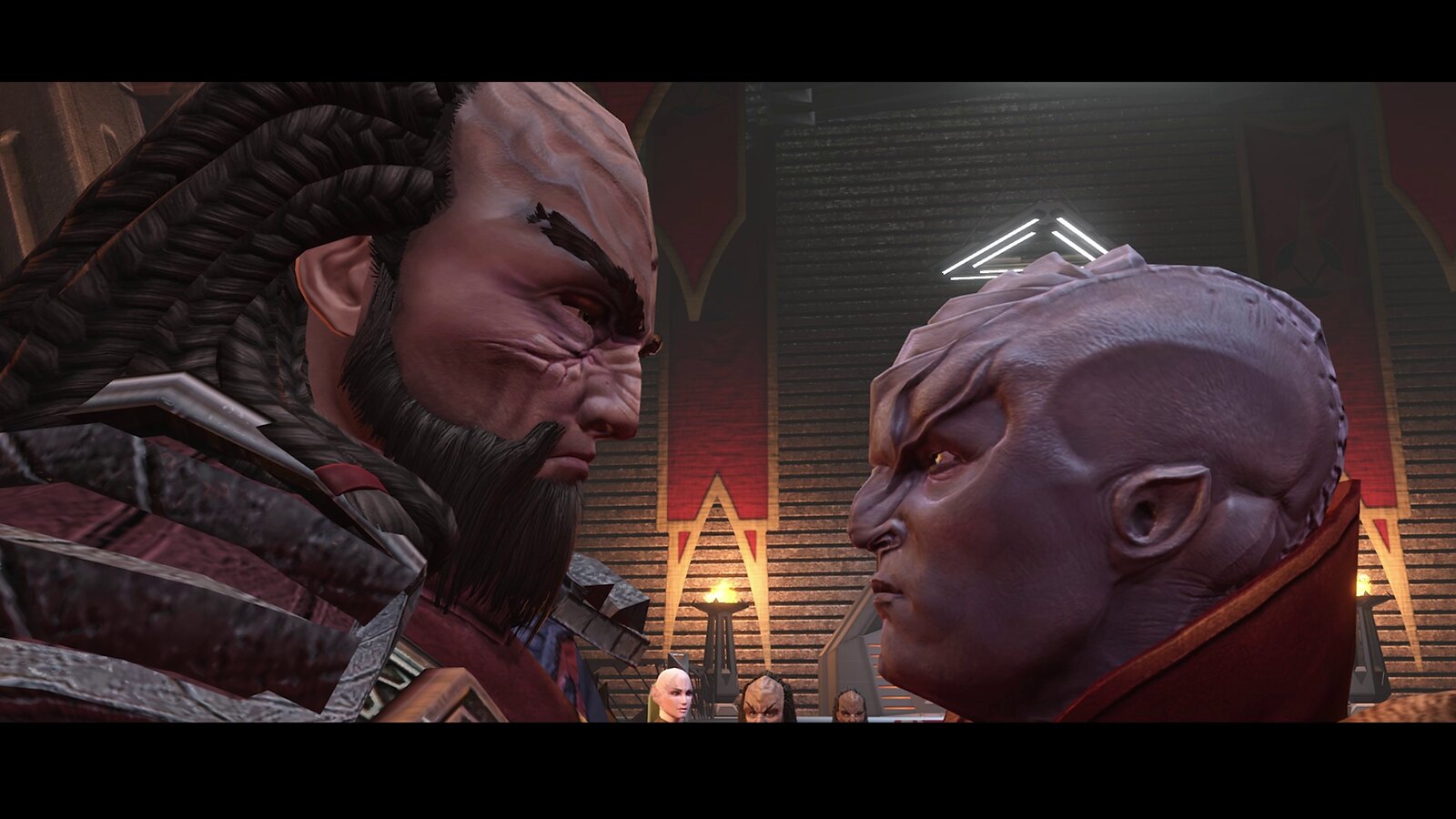 An interesting thing about these missions, and the new missions in House Reborn, is that they meld together Klingons of different eras, from TNG to Discovery. How do you approach telling a story that bridges two generations of Star Trek content?

This is where we get a lot of our ideas for missions and stories in Star Trek Online, because Star Trek has a ton of these threads, but ultimately Star Trek is fictional, which means we’re just seeing little slices of what life is like in the 24th or 25th or 23rd century. We have all of these little loose threads that we get to pick out and then use them to stitch together that entire tapestry. And so this is really the place where Star Trek Online gets to live, is every place that Star Trek says, “Here’s a question that we’ve raised that we haven’t answered, or here’s something that we changed and we haven’t explained why we changed it.” That becomes our job and that’s an opportunity.

Jesse, this is all fascinating, thank you for your time!

Thank you for having me!

You can play Star Trek Online: House Reborn for free on PS4 and PS5 on March 2.