Welcome to MyTEAM Season 5: Age of Heroes… Assemble your team of superstars from the Modern Age and Golden Age of the NBA in MyTEAM, and unleash their powers. Available from today for NBA 2K21, Season 5 brings new players, challenges and rewards, plus all-new hero themed cards. Let’s take a closer first look at what’s in store.

PS5 is the best place to play through all the content available in Season 5: Age of Heroes, and there is a lot of content. But let’s start with the exclusive PlayStation Challenge Activities in MyTEAM, only available to PS5 users. 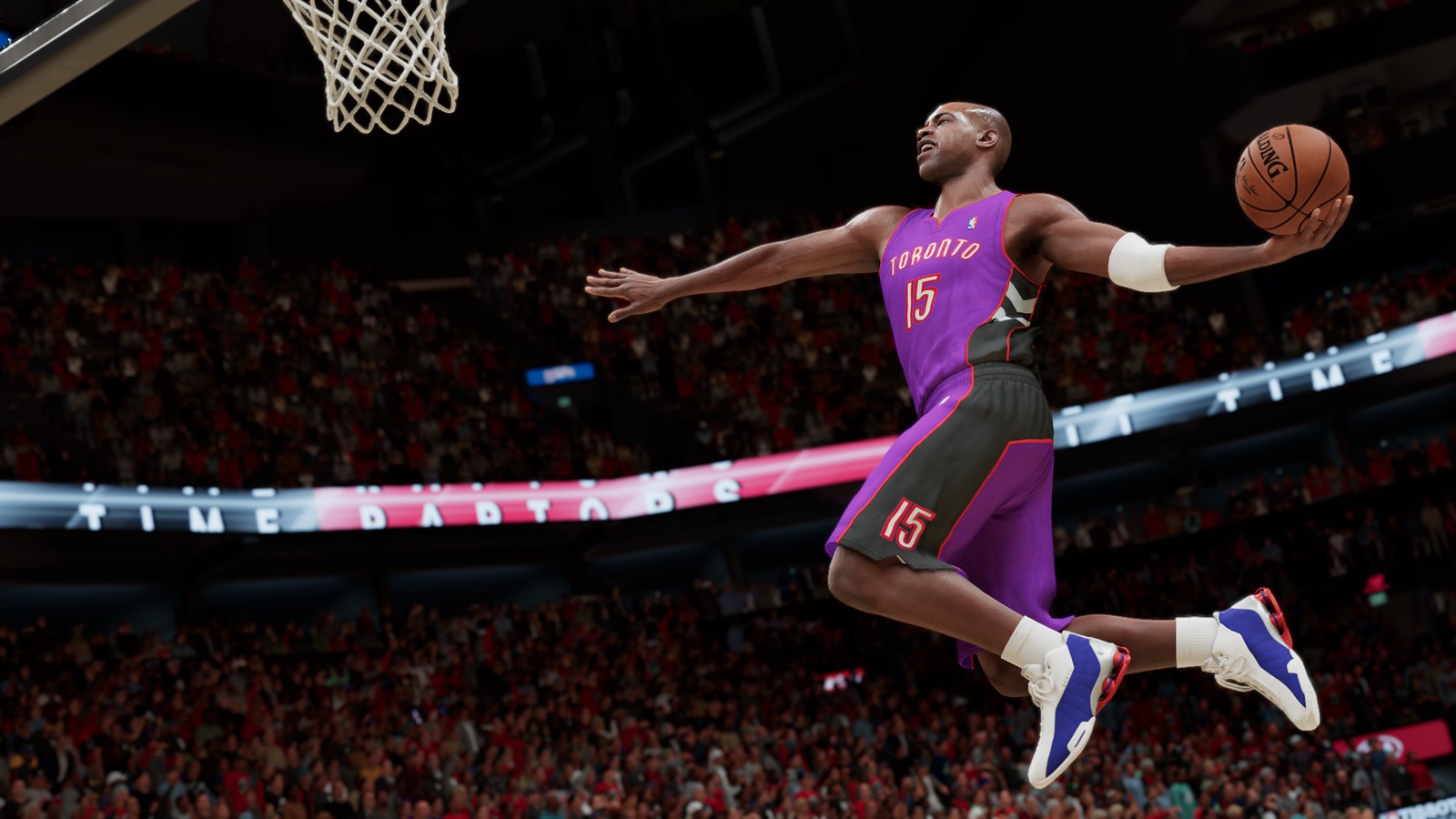 These challenges are updated every Season and Season 5 is bringing an iconic one featuring legends like T-Mac and Vinsanity. Take on the 2000 Raptors with your MyTEAM and throwdown at least 10 dunks to earn your spot on the PS5 leaderboard! But it doesn’t stop there… the more dunks you earn against the 2000 Raptors the higher up the leaderboard you go! Completing the challenge earns you a Slasher Reward Pack which contains a shoe and a badge to improve your lineup’s slashing abilities.

Let’s take a closer look at Season 5: Age of Heroes – start by building your own hero LeBron James – redeem his Sapphire Evo card at the start of the Season, complete agendas and watch him evolve into a Diamond. MyTEAM is adding brand-new hero-themed cards which you can unlock, collect and compete with! 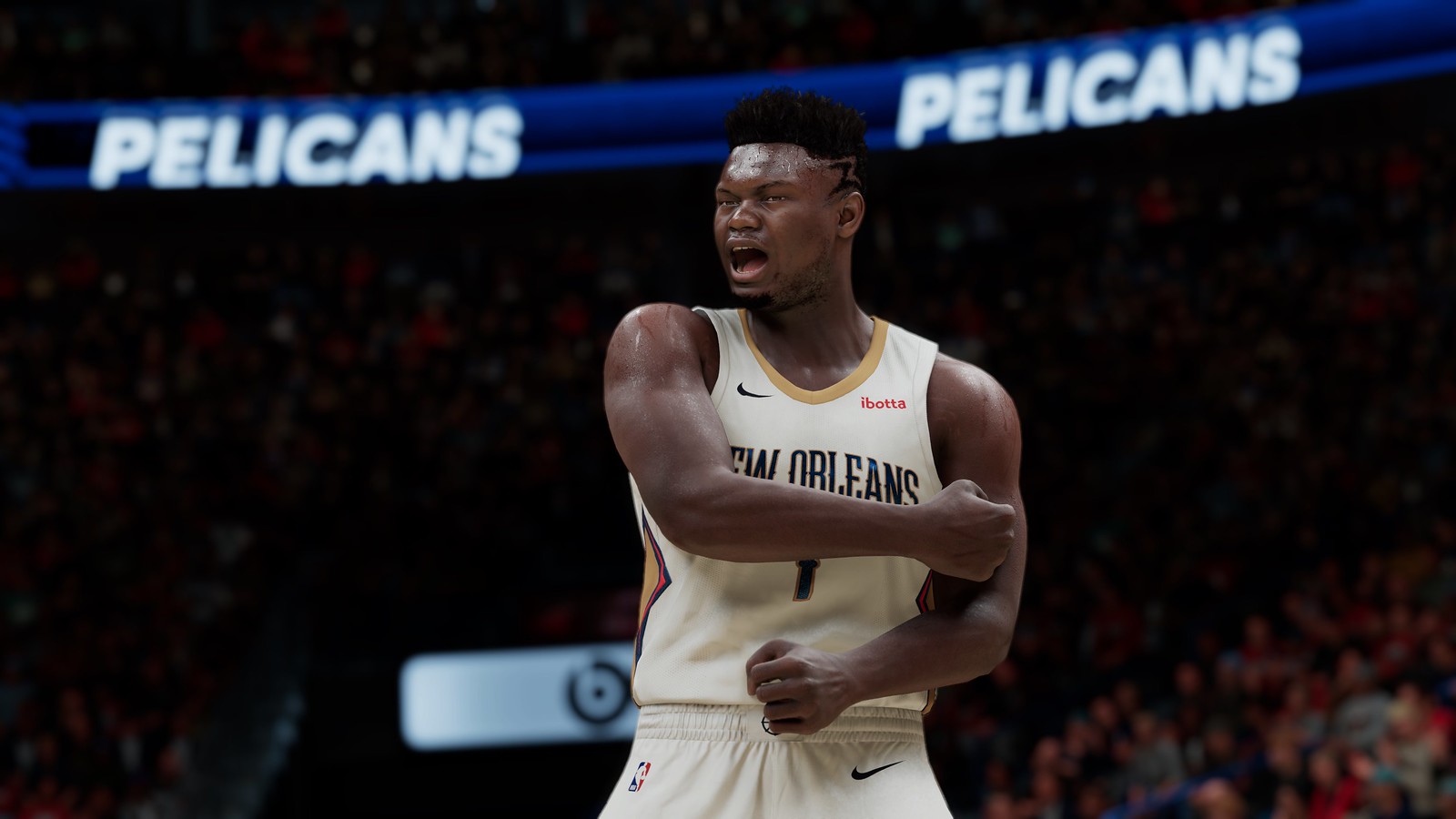 Every Legend deserves a Signature Challenge, this time it is none other than 6x time NBA Champion, his Airness; Michael Jordan. Play through one of Jordan’s most iconic moments; THE LAST SHOT. A game-winning shot that gave MJ 45 points and the Bulls a second 3-peat and their 6th NBA Championship in the 90s. Complete the challenge to earn a Diamond Jordan shoe and Hall of Fame badge! If you don’t own a Michael Jordan card, redeem this locker code for your free MJ MyTEAM card: JORDAN-LAST-SHOT 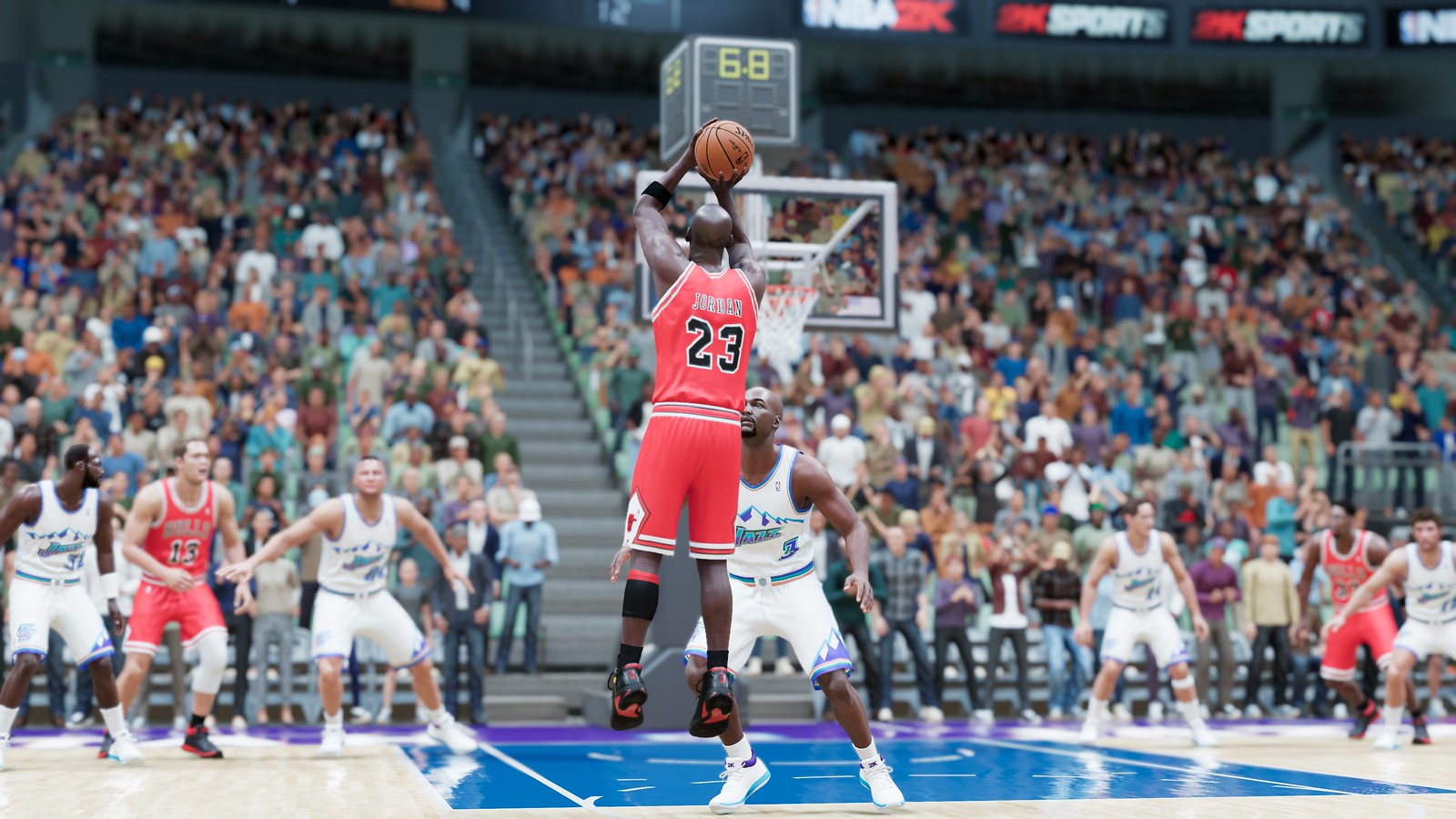 Complete Season Agendas and earn XP to progress through the Seasonal levels and unlock All-Star Dunk Champion Hamidou Diallo, 3PT king Joe Harris, 6x All-Star Amar’e Stoudemire and more. The Galaxy Opal Admiral – David Robinson awaits you as progress through MyTEAM Season 5 to Level 40. There are also brand new players in the Exchange including Larry Legend and Khris Middleton, not to be missed for building your squad. And Triple Threat superstars rejoice, getting that 1000th win in Triple Threat Offline will earn you Galaxy Opal Peja Stojakovic.

Have fun and earn big rewards every weekend in MyTEAM Limited. With new lineup requirements each week, every card in your collection is important. Earn wins to pick up a Championship ring each week. Collect all 5 rings to earn the Season 5 Limited Grand Prize: Galaxy Opal Pau Gasol.

The $250K MyTEAM Tournament culminates in Season 5 with 32 hopeful qualifiers from around the globe* competing on February 20 in a knockout Tournament hoping to make it to the Grand Finals on March 6 and take home the Grand Prize of $200K, with $50K for the runner-up!

Not competing? Not a problem, take your skills to MyTEAM Unlimited and climb up the ladder with your best lineup. Play your way through 9 Leagues to reach the top. In order to advance, you’ll need to win a certain number of games, with more and more wins required as you move up the league structure and earn rewards. Go 12-0 in Season 5’s Unlimited Opal League to earn Galaxy Opal Cedric Maxwell.

New to MyTEAM? Here’s what it’s all about

In December, we debuted a never-before-seen set in MyTEAM, Retro 2K. We have released two volumes of these collections; each with a unique combination of players inspired by cards from previous years of MyTEAM. That’s right, we brought back some of the most influential player cards ever in MyTEAMlike Paul George’s NBA 2K15 Pink Diamond, Giannis Antetokounmpo’s epic 20th Anniversary card from NBA 2K19, and Michael Jordan’s Signature Limited Galaxy Opal (one of the rarest cards ever released in MyTEAM).

We’ve also revisited many of our community’s favorite cards from over the years, including Lonzo Ball’s Pink Diamond from the NBA 2K18 Pink Diamond Tournament and Andrei Kirilenko’s lockdown Diamond from NBA 2K19. We even brought back great Ruby cards stretching from current players like Mo Bamba, Jonathan Isaac, and Thon Maker, to the great Kobe Bryant’s card from NBA 2K15. Stars, niche favorites, and everything in between. The first Retro 2K Volumes have had a little bit of everything, for everyone!

In the cases of the giant Sim Bhullar from NBA 2K16, or Isaac Bonga’s then-rookie NBA 2K19 card, we did make the decision to upgrade some card’s abilities from an era-accurate Bronze to an NBA 2K21 Ruby. Another series of cards where we ‘glitch’ a card’s attribute ratings is our aptly named Glitched collection. Accompanying every Flash release in NBA 2K21’s MyTEAM, these cards feature fantasy elements including big men like Rudy Gobert and Tim Duncan expanding their range, or Hall of Fame point guard John Stockton going ABOVE the rim for some spectacular highlights.

Unique to all Glitched cards is the ability to upgrade ALL badges on the card. Meaning you could theoretically upgrade your Glitched Diamond Zion Williamson to have all Hall of Fame badges, if you were able to earn them all! The Glitched collection really allows us to see “What If?” questions come to life in MyTEAM.

If you played a prior NBA 2K’s MyTEAMand want to see your favorite card make a return, tell us your wishlist! Tweet @NBA2K_MyTEAM or hit up the Ask a Developer section in MyTEAM’s Community Hub, we love to hear our community’s suggestions.

That’s all from us for now. Keep playing MyTEAM on PS5 for tons of new content coming up in MyTEAM Season 5!