Announcing the latest new update, Companions, for No Man’s Sky

Tame and adopt exotic creature you encounter on your intergalactic travels.

Hello everyone, our tiny team is excited to let you know that our first free update for 2021, the Companions update, is available to download from today, free for both PlayStation 5 and PlayStation 4 players.

The creatures you find on alien planets in No Man’s Sky have always been a highlight for us. Ever since launch we have wanted to tame and train the exotic animals you encounter on your travels. Companions is a huge update focused on these strange alien life forms.

A galaxy of new Companions

The infinite and varied creatures you find roaming the universe can now be tamed and adopted as your companions. Once bonded to you, your new friends can be summoned anywhere – even aboard the Space Anomaly.

Creatures that have been well-cared for will lay eggs! Incubate the egg in your Exosuit until it’s ready to hatch into a brand-new lifeform.

Creatures can be trained to perform chores like scanning for resources, marking hazards, providing torchlight, hunting hostile creatures, locating buildings, digging up valuable treasures or even deploying their own shoulder-mounted mining lasers.

Use specific command gestures to issue orders to your co-explorer. When your companion meets other players, creatures or companions they might become inquisitive, playful – or even aggressive, depending on their personality.

A creature’s personality is unique and shaped by their species and ecosystem role. Their personality influences how they behave as well as how they think and communicate.

The creature harness has a neural link with the Exosuit, enabling rudimentary translation of their thoughts and wishes. Finally, you can talk to the creatures you meet! 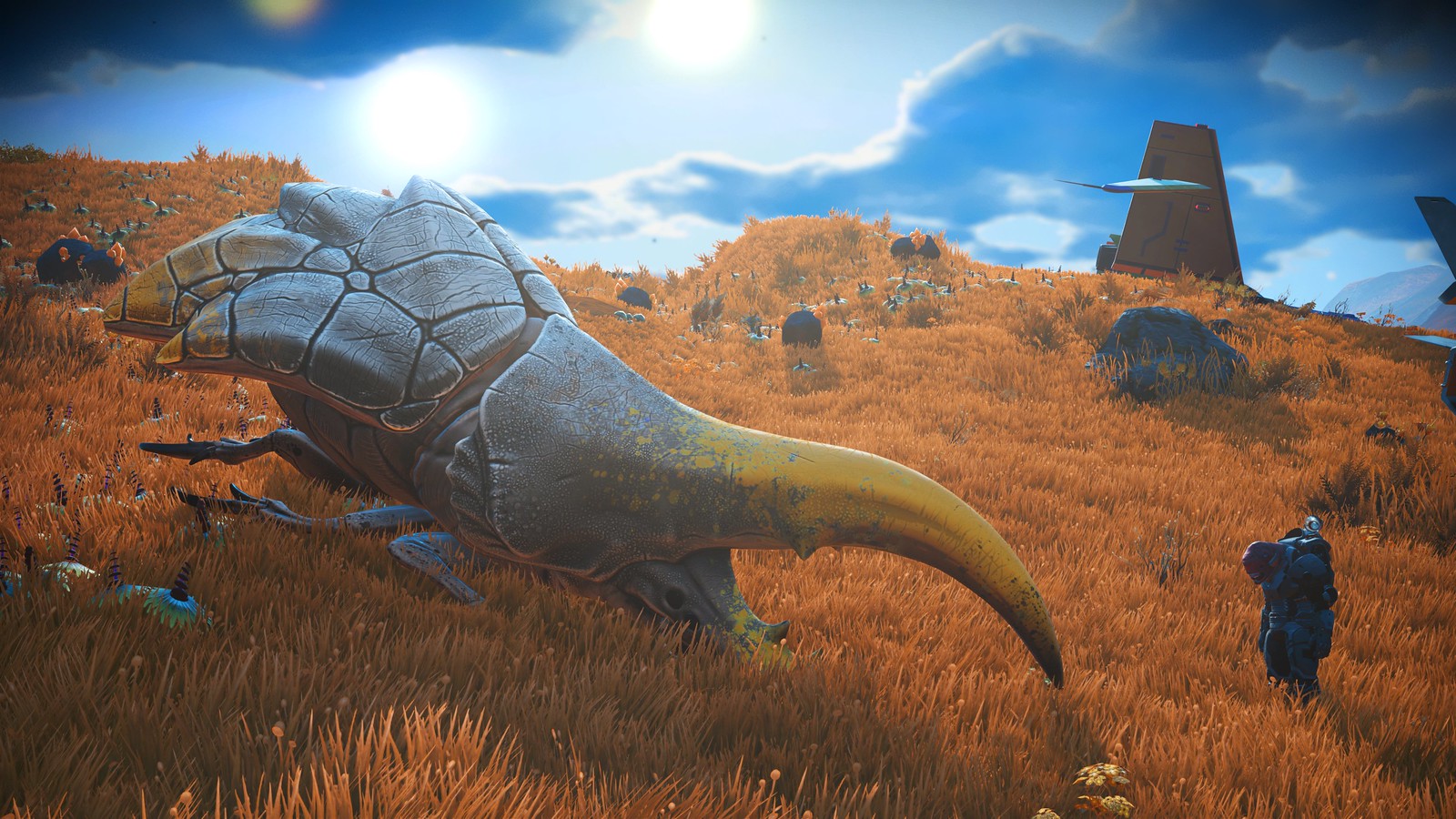 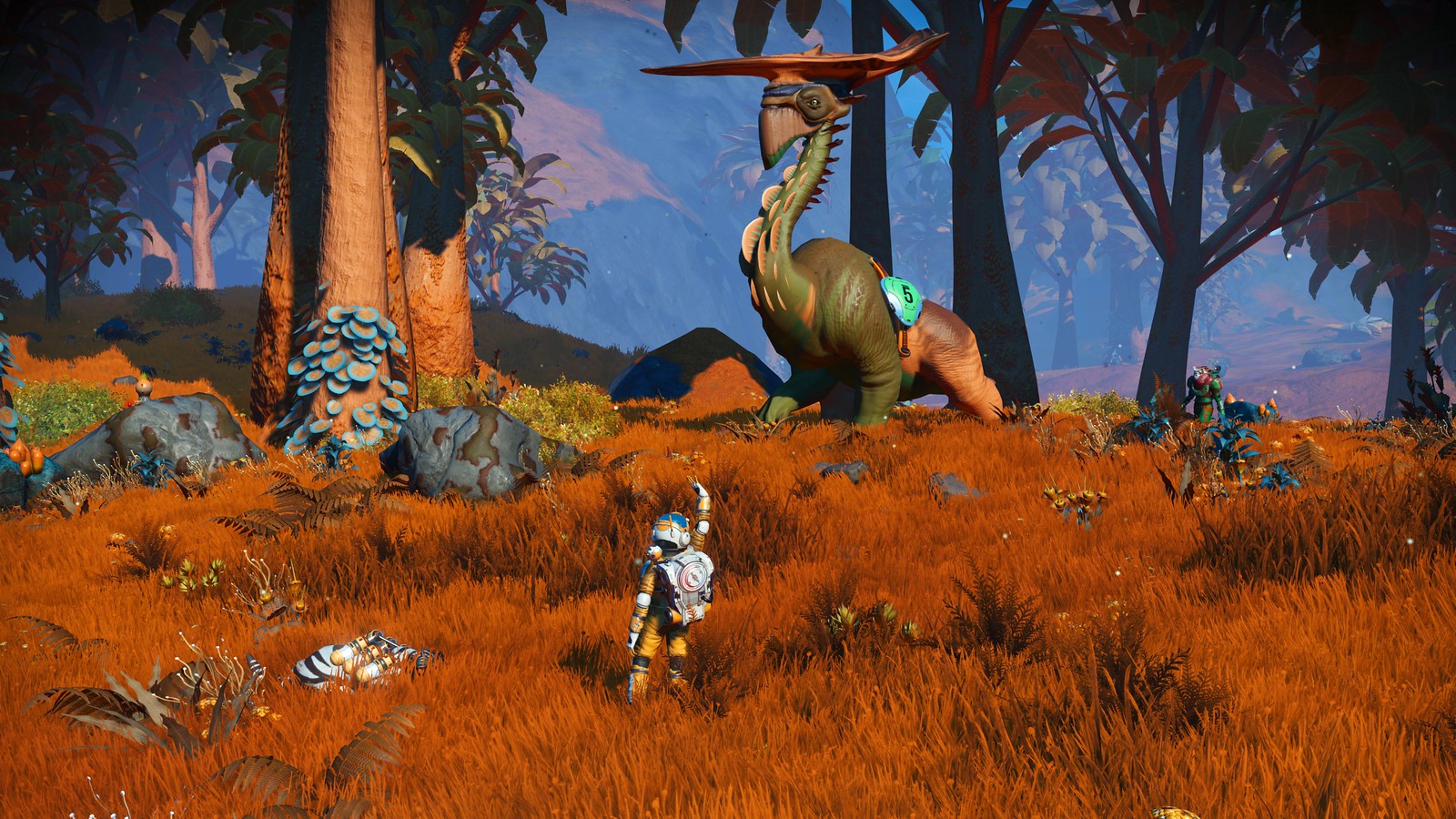 Nurture your companion by playing with them, feeding them, and giving them attention.

Accessorise your companion with a range of functional and decorative adornments. Accessories can be recoloured and customised with decals.

Baby creatures will inherit looks and traits from their parent – but they are never exactly the same! They will need your care as they grow from spawn to maturity…

Players who have found particularly rare or desirable creatures may wish to trade eggs from their prized companions with other players.

On top of all the new features, the Companions update will bring significant improvements to load and warp times for PlayStation 4 players. 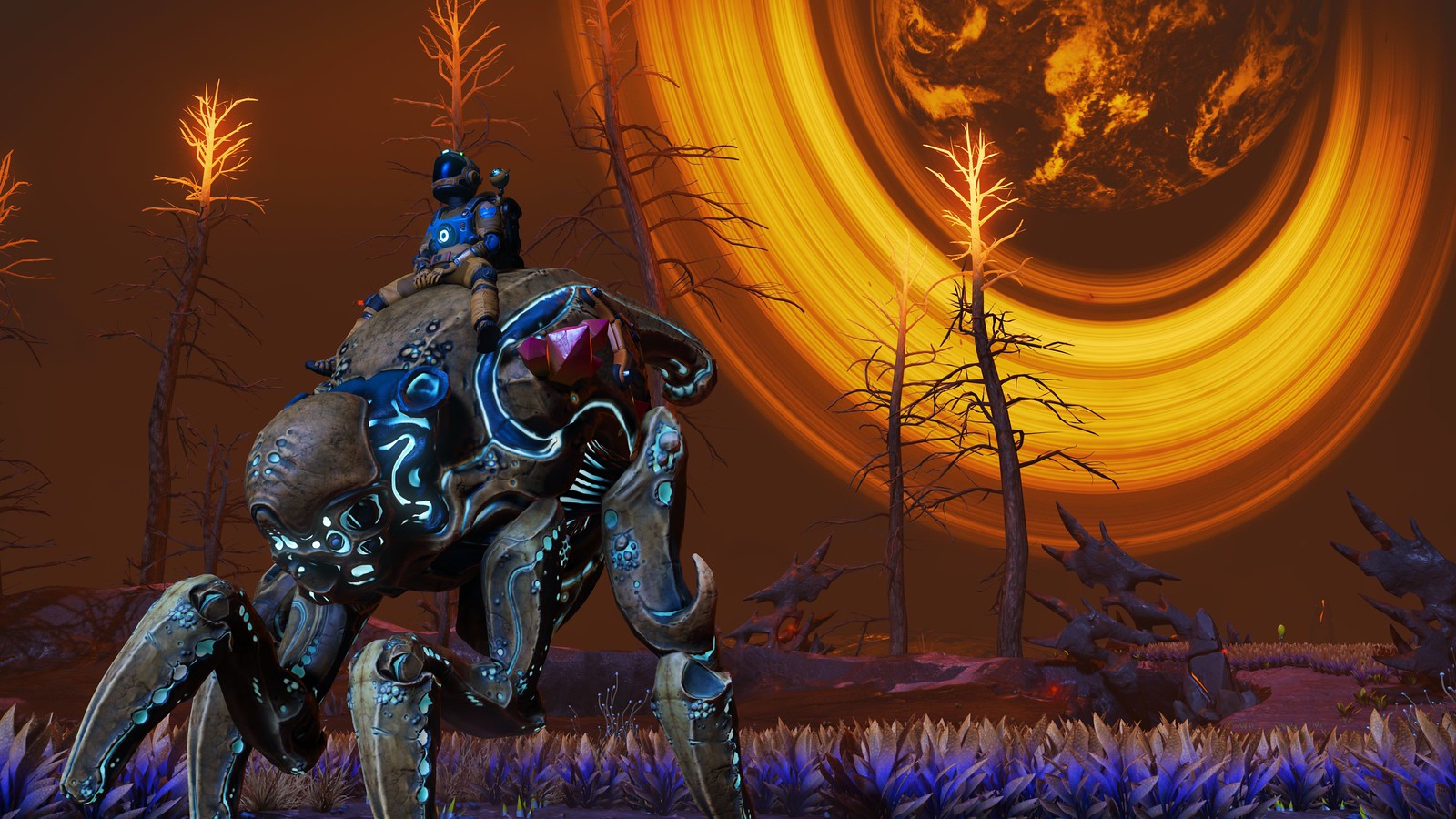 It has been a few months since rounded off a busy year by welcoming PlayStation 5 players to the No Man’s Sky universe with the launch of our Next Generation upgrade, free to existing PlayStation 4 owners. For a game that is now five years old, we feel humbled to be one of the most downloaded games on PlayStation 5 since launch. It makes us excited to go even further.

Speaking of which this January we released a patch which brought significant visual improvements to PlayStation VR. If you haven’t put your headset on with PS5, yet maybe now is the time to do so. We have lots planned for No Man’s Sky this year and are excited to share more with you very soon.