Become the most radical, robot-wrecking action hero the future has ever witnessed in a new free update, live today.

Hey there, action heroes! We are back again and elated to talk to you about our newest update, 2089, and what makes it special. Not only is this gritty cinematic campaign our first-ever for Pistol Whip, it’s also the result of many other firsts for the game. From animated cutscene cinematics to sweet synthwave exclusives, let’s look at some of the new narrative and creative tools we employed when developing this epic expansion.

Exploring the core of Pistol Whip

Pistol Whip has always been about putting you pistol-first into unstoppable action and making you feel like your favourite badass. Historically, each scene has been its own abridged story, similar to an action film trailer, with its own identity and theme. We spoke about where some scenes draw their inspiration and how some of our other design and development choices aim to accomplish this in our launch blog if you want to learn more. 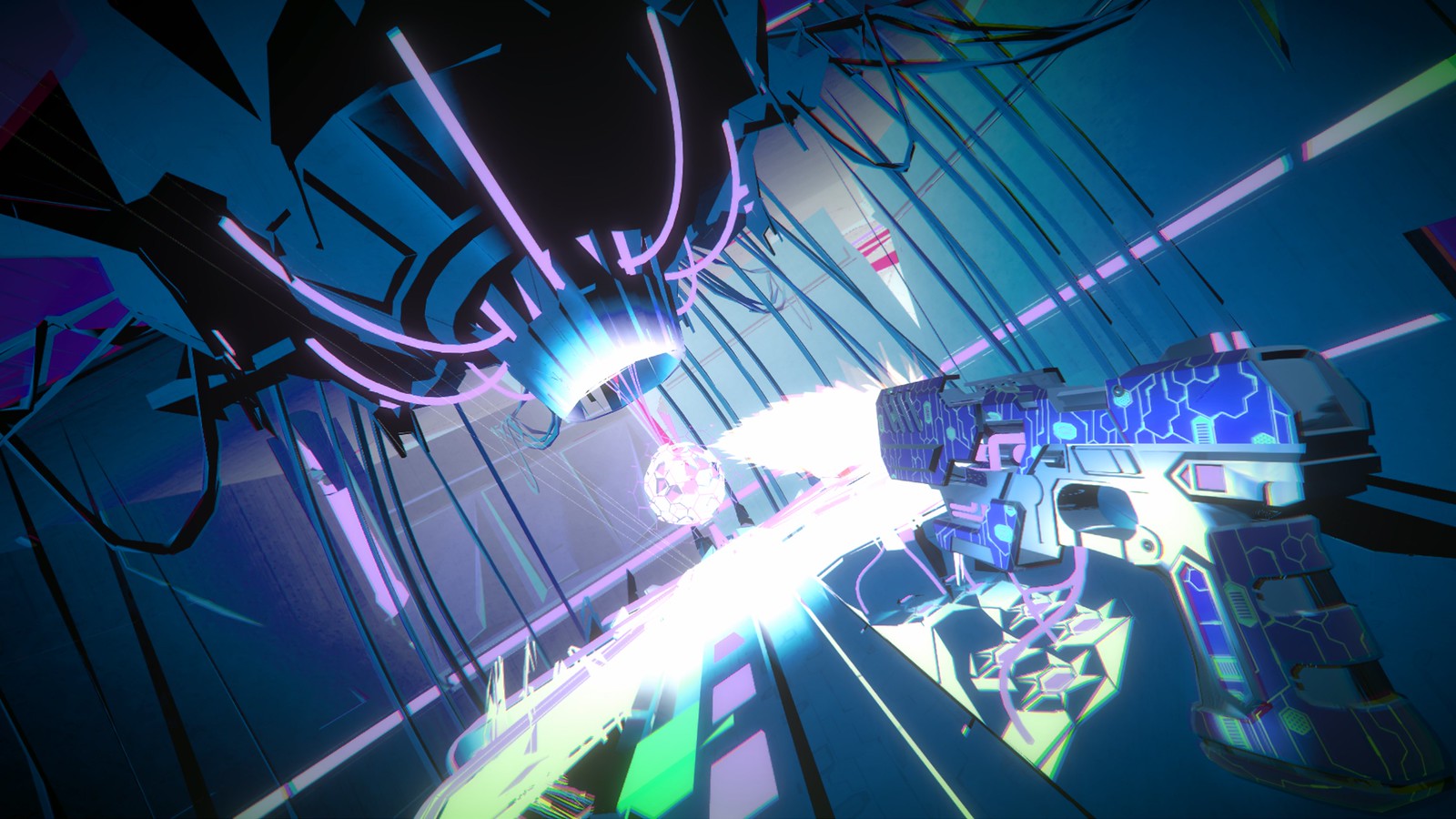 With 2089, we wanted to take this core of epic action-movie immersion a step further, combining an arching narrative experience across several scenes–played in succession–meant to embody and explore a specific genre of both film and music. This meant it would be longer than a movie trailer, but we also didn’t want to stray too far from our arcade-shooter roots. The result? Our first-ever cinematic campaign, featuring an original sci-fi story told over five-linked scenes, all set to a sweet synthwave soundtrack. Fun fact: The entire campaign is a little under thirty minutes in length, which is a few minutes longer than the first Time Crisis.

The future is full of firsts

Once the length and pacing of the story were determined, the team began trying to figure out how to best tell it within Pistol Whip, something we had never done before. Plot delivery needed to happen quickly–we wanted downtime between scenes to be just long enough for you to catch your breath, while remaining immersive.

The answer? Comics. In another first for Pistol Whip, we teamed up with comic creator and artist Fico Ossio, who has helped bring to life some of our favourite heroes from Transformers to GI Joe. Fico went to work on an original character that would act as our pistol-proficient protagonist, along with full-colour cutscene illustrations. These illustrations would be animated and used in-headset alongside voiceover (another first for Pistol Whip) provided by Richard Trapp to deliver the story you experience in 2089.

If arcade games and action movies lie at the heart of Pistol Whip, then music is the very lifeblood that courses through it all. This makes finding the perfect track one of the most challenging tasks of developing for Pistol Whip, and in the case of the final encounter, exact timing requirements made this nigh impossible. It would take a miracle to find something that met all of our specific needs, or maybe a little bit of magic. 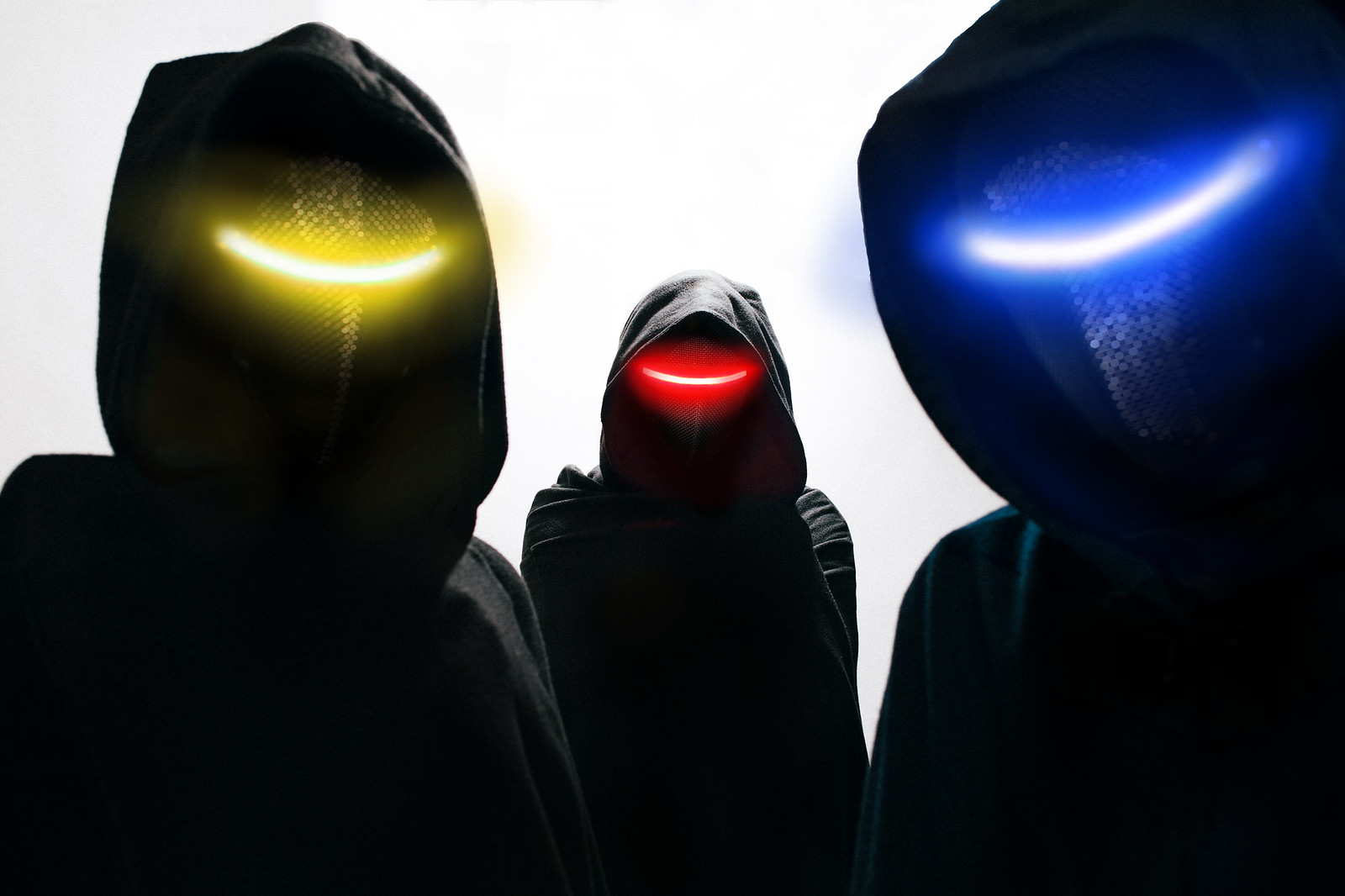 Queue the next first: if the perfect track didn’t exist, we would create it. When we heard Sword of Truth by Magic Sword, we knew the epic electronic sound was exactly what we wanted to accompany the brutal end battle you face in 2089. We put together a sort of placeholder mix of the track, marking spots where in-game action would take place, and sent it off to the trio along with a very rough video of the encounter, unsure of what to expect.

“You made it really easy for us,” The Keeper, a self-proclaimed PlayStation fanatic, remarked when we interviewed Magic Sword about creating this exclusive mix. “It’s pretty different [from our normal process] not stylistically…[with the exclusive] we have rules… time constraints and queue points that we gotta hit, and in a way that’s constricting, but it also gets rid of any muddiness in the water. It’s like, this has to go here, and has to happen at this time because that’s when this enemy comes in.”

The final track we received back exceeded all our expectations. The exact timing really elevates the final scene to all new action-fueled heights that we can’t wait for you all to experience.

2089 may be the result of several firsts for Pistol Whip; however, you can expect the heart-pumping action core to be the same as you’ve always known. 2089 is also packed with tons of new content, from a new mechanical threat to new futuristic mechanics and sci-fi inspired cosmetics. You can check out everything we added with this update in the “Info” section added this update as a part of the newly revamped UI.

We’d love to hear what you think of 2089 and all its additions in the comments below, and because we know you’re gonna ask: yes, all of 2089, including scenes and mechanics, will be available in Arcade mode with our next massive update, Concierge. Stay tuned here or on our socials to stay up to date on that and everything else we have planned for the future of Pistol Whip.