The next intense entry in the Call of Duty series is out today on PS4 and PS5.

Ready to make history? Call of Duty: Black Ops Cold War marks the epic return to one of the most thrilling and unforgettable video game series of all time, out today for PlayStation 5 and PlayStation 4.

The game features three modes: a pulse-pounding Multiplayer mode, an exciting new story in the cooperative Zombies mode, and a mind-bending single-player Campaign, all thematically connected.

With available crossplay and cross-progression features, as well as a new progression system tied between Multiplayer and Zombies, players can compete with their friends while earning the prestigious title of Prestige Master each Season, no matter which platform they play on.

Let’s get you set for the Black Ops experience. 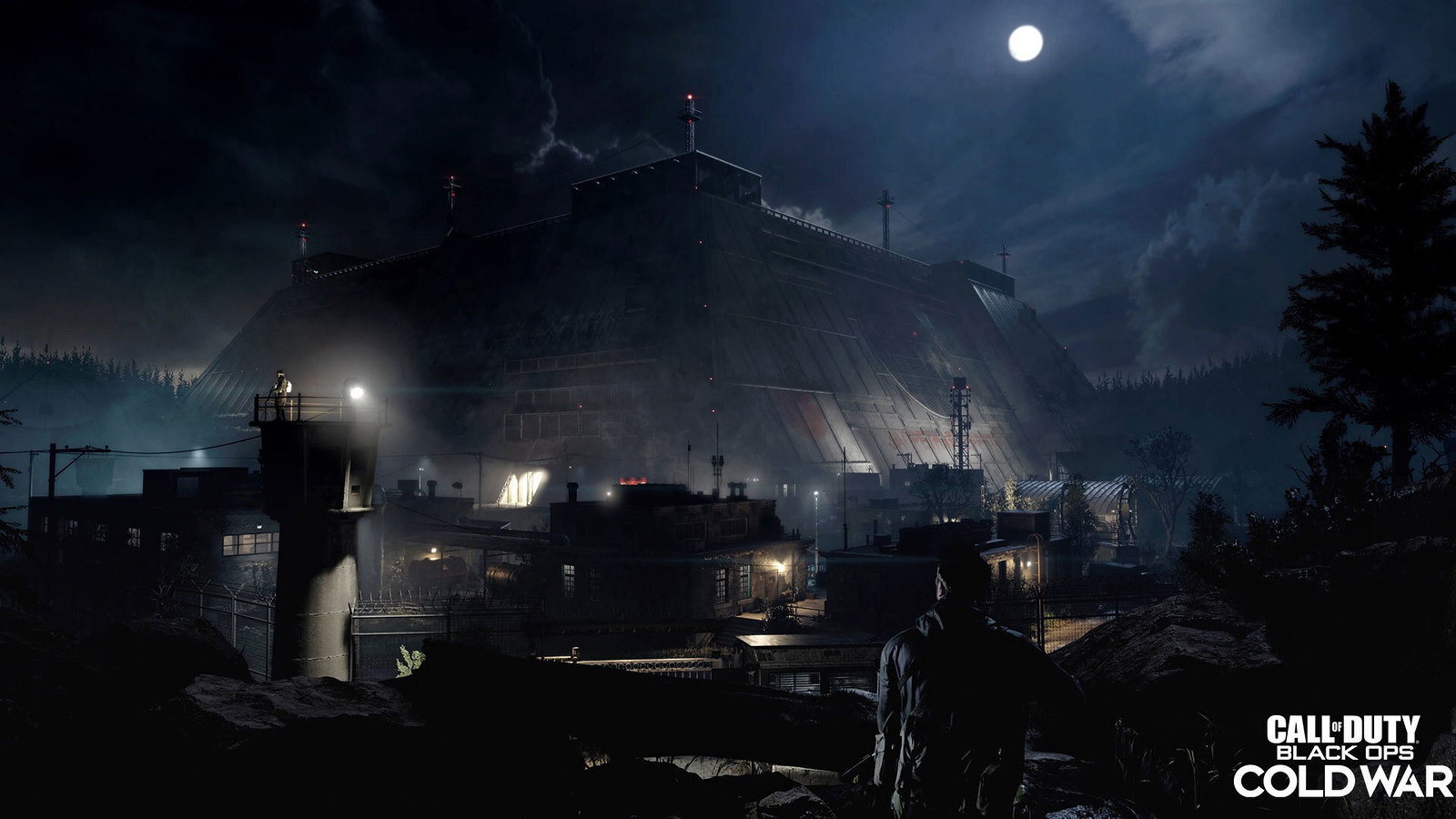 Campaign: The single-player experience of Black Ops Cold War is the direct sequel to the original Black Ops Campaign and features a mind-bending narrative that includes the return of Alex Mason, Frank Woods, and Jason Hudson. Along with playing as Mason, you’ll create your own operative and join a CIA-led task force in finding a global threat called “Perseus,” a Soviet agent that is set to shift the balance of the Cold War after decades of dormancy. Missions within the Campaign include a variety of differing playstyles, such as close quarter, stealth, and long-range combat scenarios. 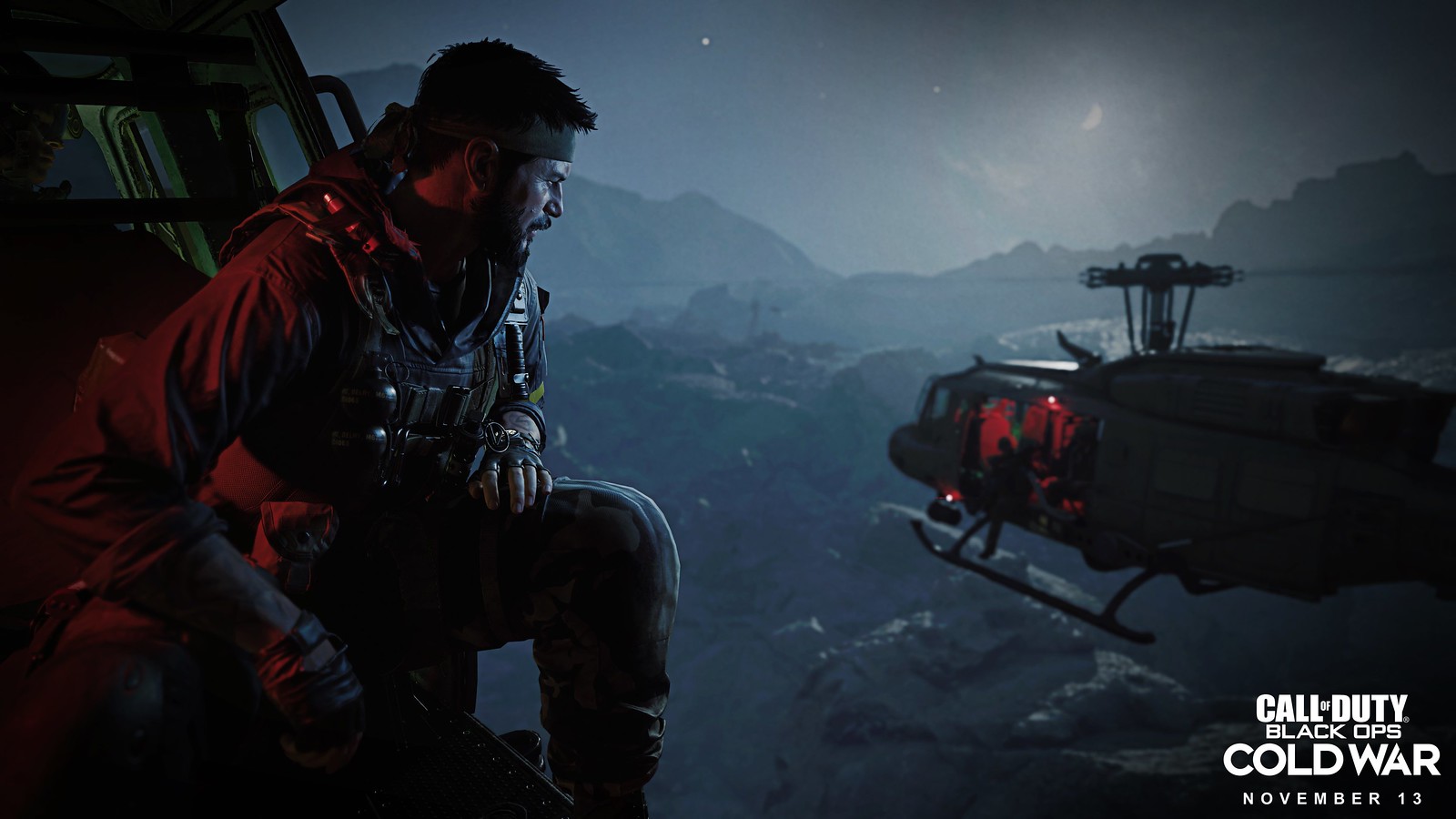 Some tips will help you uncover a Cold War conspiracy decades in the making during the campaign.

1. Nowhere Left to Run. This first mission acts as a great way to learn in-game mechanics, such as aiming, firing, equipment usage, taking cover, and movement. Use this opportunity to tune your difficulty and learn your individual strengths and weaknesses with Alex Mason before you create an operative for the rest of the Campaign.

2. Psych Up for Character Creation. From damage buffs to being able to carry additional equipment and more, the Psych Profile is the most important part of creating your own operative. Be sure to spend a few minutes here and explore every option to fit how you want to experience your current playthrough.

3. Recommended New Player Psych Profile. If you find yourself losing health often, or want a bit of a buffer from an untimely death, make one of your Psych Profiles Survivor, which increases your health by 25%, and the other Dependable, which reduces damage taken while stationary by 30%.

4. Don’t Turn Down a Chance to Takedown. Holding the command to melee triggers a Takedown, which is where you grab an enemy and use them as a shield before finishing them off or throwing them toward an enemy group with an explosive surprise. Use this whenever possible, as it can be extremely effective against large groups of enemies and when cover is limited.

5. Leave No Corner Unchecked. Along with protecting yourself from enemy soldiers, use this adage in exploring the Campaign, especially when it comes to dialogue options. Don’t hesitate to replay the Campaign and explore different ways to gather enemy information, even if it means breaking a few of their bones along the way… 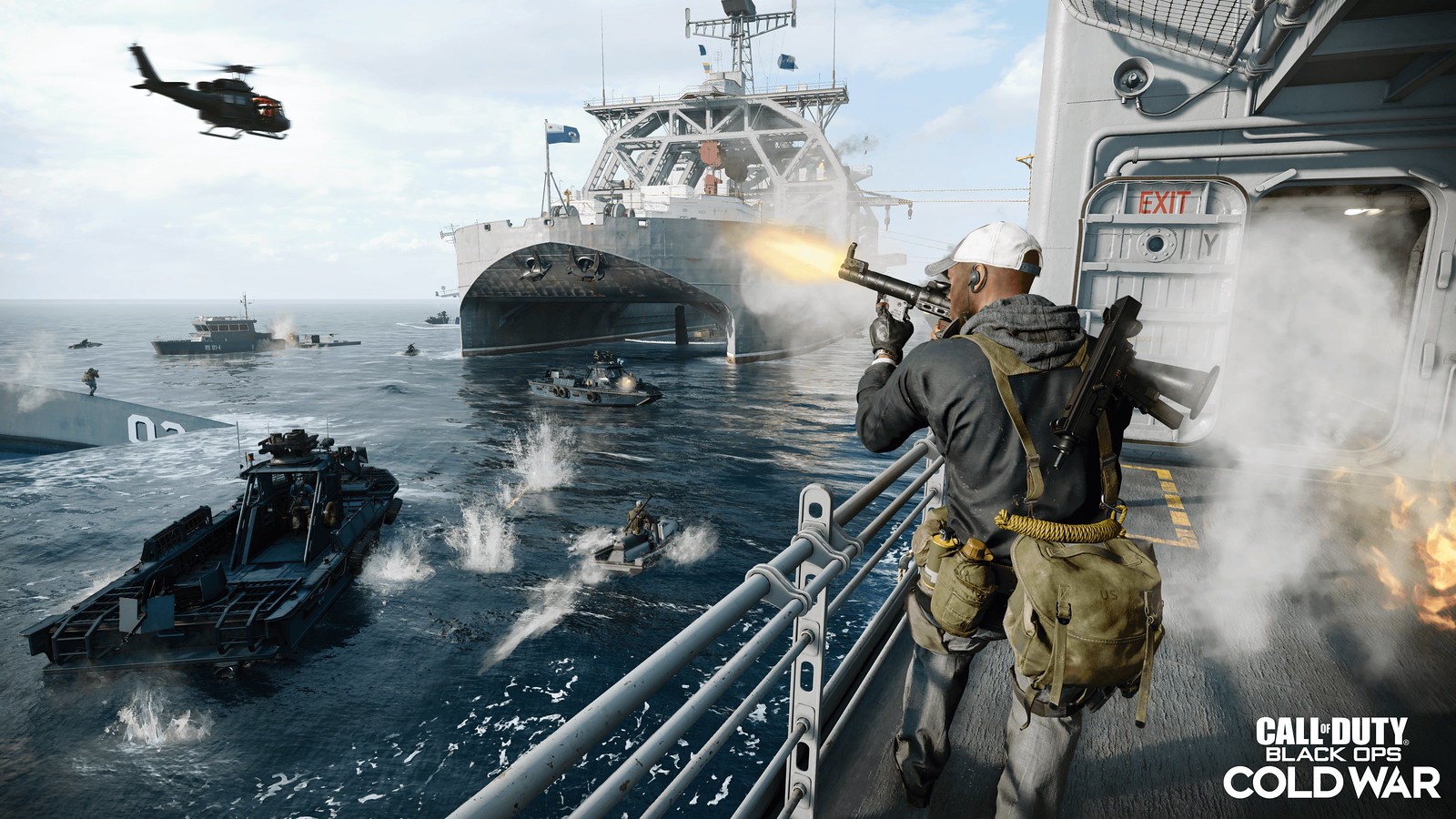 Multiplayer: The signature Multiplayer experience of Call of Duty: Black Ops Cold War offers a variety of fun and competitive modes with customizable loadouts and a revamped progression system. Fight alongside and against members of the Call of Duty community in a variety of traditional Multiplayer offerings – including Team Deathmatch, Domination, Free-For-All, and more – and a variety of 6v6 objective modes, including the all-new VIP Escort and the return on Control. Experience the thrill of 12v12 combat with vehicles in Combined Arms, or squad up with three other players for the biggest Multiplayer experience in the game where 10 squads of four Operators battle for supremacy on the largest maps on offer.

Through Create-a-Class, you’ll have an ultra-customizable loadout to bring to battle, complete with a versatile Field Upgrade and a rule-breaking Wildcard to fit your playstyle. Rack up eliminations and play the objective play to earn Scorestreaks, powerful rewards that range from badass weaponry to controllable aerial vehicles that deliver devastating power to the fight. 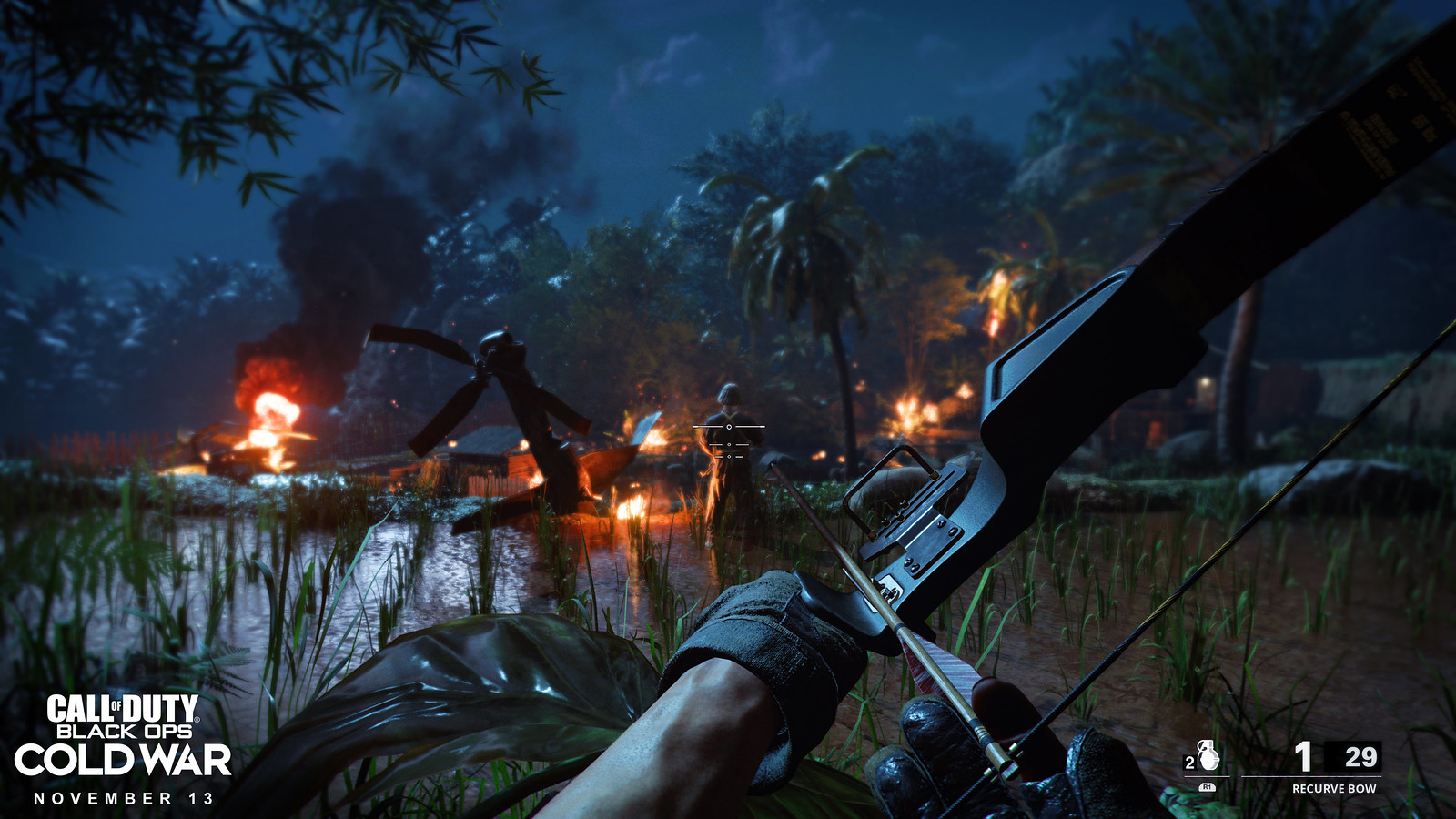 1. Create-a-Class Insights from Default Loadouts. The five pre-built loadouts offer great examples of how to build a solid custom loadout. If you’re unsure about where to start with a new custom loadout, feel free to borrow directly from the Default ones before further fine-tuning one to your personal playstyle.

2. Combined Arms: A Vehicle for Victory. Given the size of 12v12 Combined Arms maps, consider taking smaller vehicles, such as a Dirt Bike or Wakerunner, to advance to the next objective quicker. Alternatively, if there is an overwhelming number of enemies, take a larger vehicle, such as a Tank or Gunboat, to bust open their position and help your squad advance forward.

3. Fireteam Dirty Bomb: Exploration Leads to Domination. Take time to check buildings and other notable areas for caches, which will contain Uranium, Armor, and even Self-Revive Kits and Scorestreaks. Although it may be tempting to jump into the fight right away, a bit of exploration can load your squad up with tools that can easily turn the tide of multi-team fights, not to mention grant enough Uranium to get a Dirty Bomb primed and detonated.

4. Low Scorestreaks are Better than No Scorestreaks. If you have trouble earning high-cost Scorestreaks, there is no shame in equipping those that require less score to earn. Some of them, such as the Spy Plane, provide benefits for the whole team and give you additional XP for each teammate assisted, and even a well-placed RC-XD can wipe out an enemy squad huddled around an objective.

5. Seasonal Prestige: Your Key to Bragging Rights. Earned all the loadout items? Good. Keep levelling up to unlock the Season’s designated Weapon Blueprint and legacy profile items through Seasonal Prestige. Getting into this progression path also unlocks new Season Challenges, which offer additional Calling Card rewards for completing some of the toughest objectives in the game. 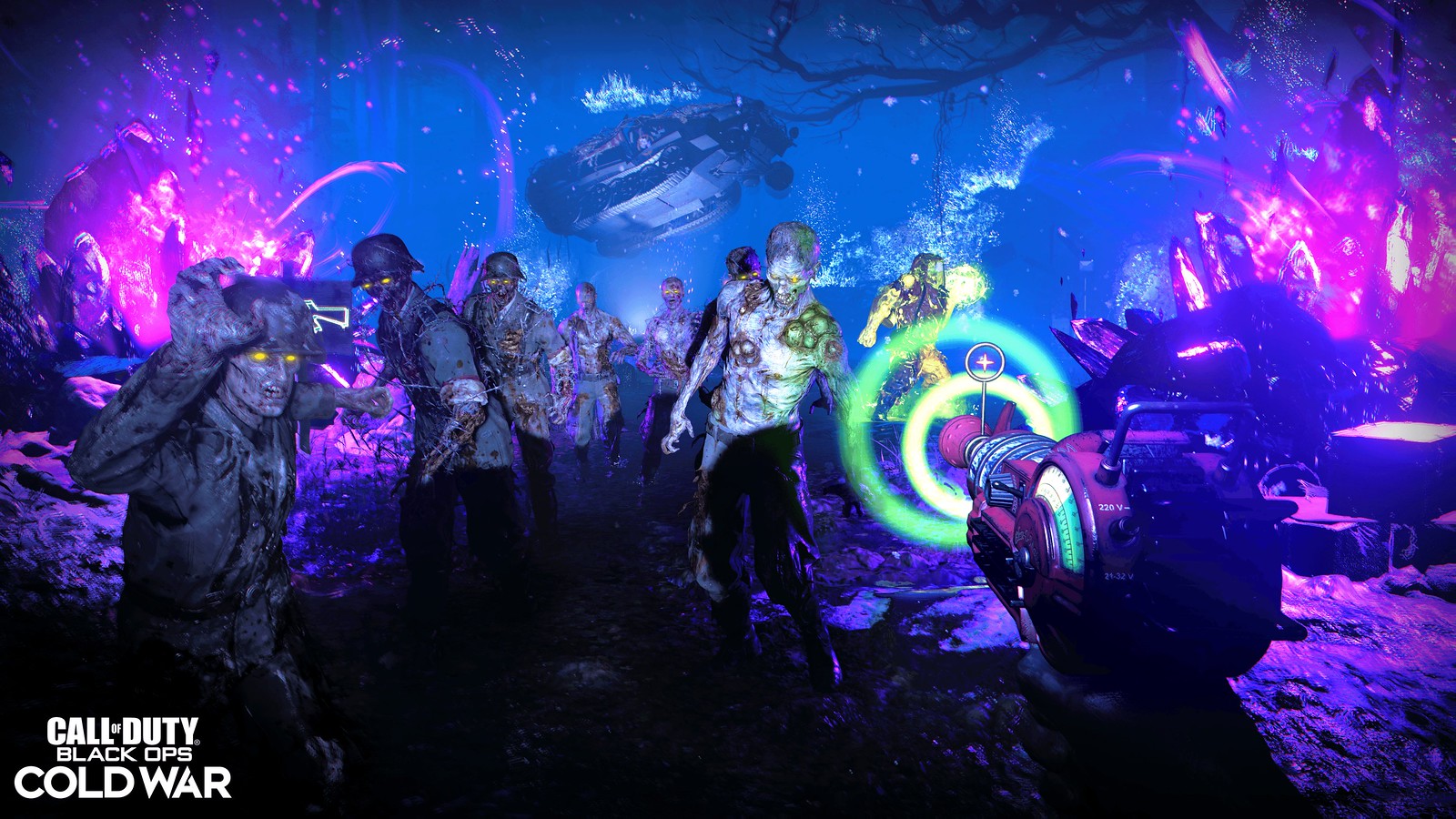 Zombies: This co-op experience features you and up to three other Operators fending off legions of undead horrors as agents of Requiem, a CIA-backed international response team led by Grigori Weaver tasked at investigating and suppressing supernatural anomalies around the world.

While coming face-to-face with the rival Omega Group, a Soviet-led organization looking to research and potentially harness these anomalies for themselves, Requiem agents will use upgradeable Perks and an arsenal of Cold War-era Zombies weaponry against waves of the undead, as well as uncover decades-old secrets that could upend the global order.

This is also where you can play the third installment of the Black Ops series’ co-op top-down arcade shooter! Jump into a match from the Zombies menu with your team and survive as long as possible through challenging new arenas, open world spaces, bonus areas, and randomly generated dungeons.

Finally, for all PlayStation 4 and 5 players, get access to Zombies Onslaught bonus mode first when you buy Black Ops Cold War. This 2 player cooperative activity extends the Zombies experience to Multiplayer maps from locations around the globe. The goal – survive. Survive long enough and reap exclusive rewards. 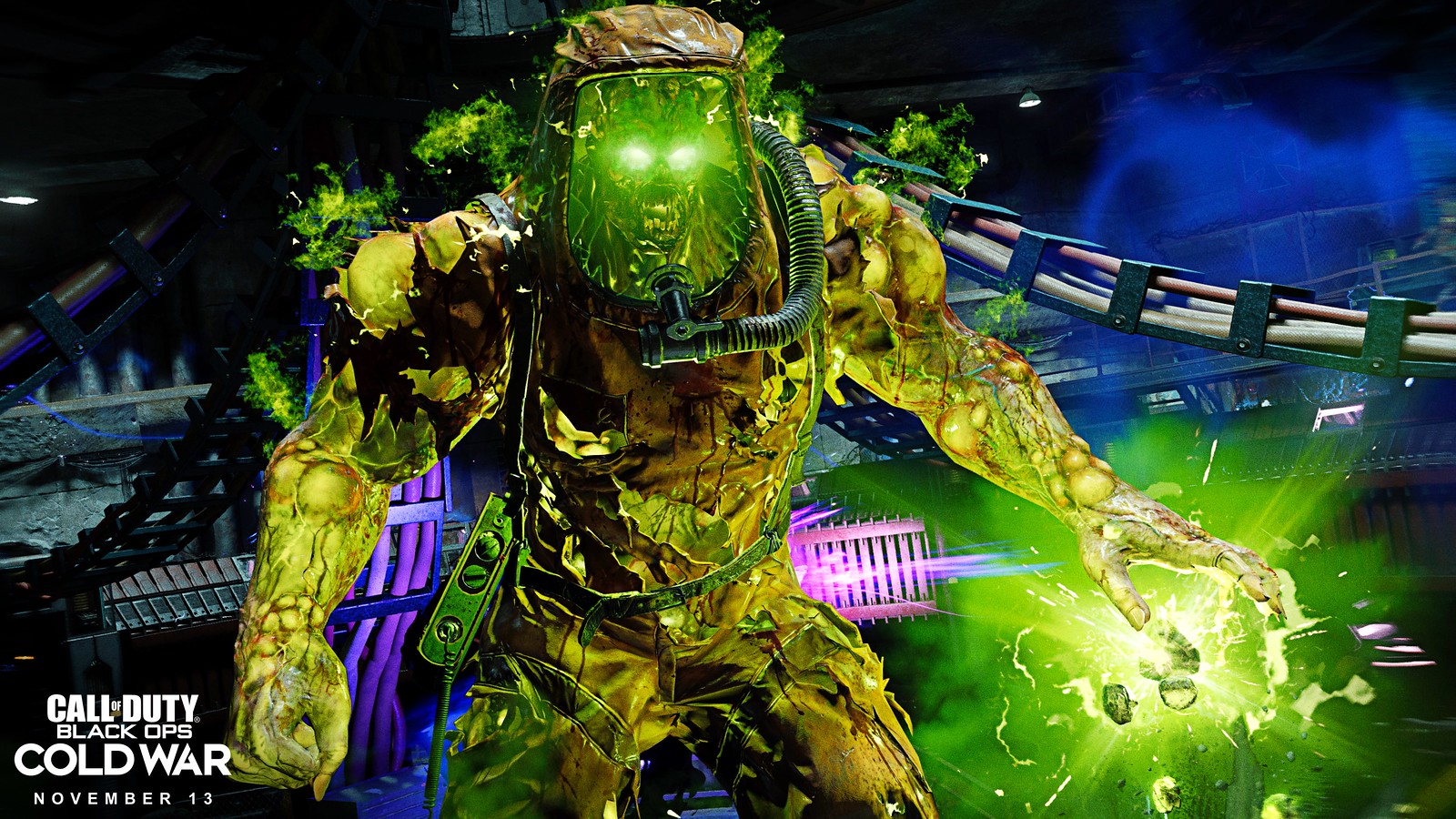 If you really want to master the Zombies experience, heed advice from the Requiem team.

1. Remember: Progression Carries Over. Levelling up in Multiplayer offers loadout items in Zombies, and all weapon experience and attachments are kept between modes. The more you play either mode, the more game-changing armaments and abilities you’ll unlock to help reach those high rounds.

3. Follow the Steps, Achieve Salvation. “Die Maschine” includes a handy step-by-step guide on-screen to help you and your squad turn on the power – which activates all machines around the map – and unlock the Pack-a-Punch machine, a powerful device that upgrades weapons to make them fit to fight increasingly tougher undead waves. In other words, completing these initial objectives are crucial to your success and are key to setting up a high-round run.

4. You Don’t Have to Go Down with the Fight. Completing an Exfil rewards you and the whole squad for surviving one last horde and escaping the map. After calling an Exfil, rush to safety and fight back the undead horde one last time, and you’ll be given bonus XP and the chance to earn Raw Aetherium Crystals to help you upgrade your Skills.

5. Squads Rule Requiem’s Ranks. Zombies is built on cooperative play; grab some friends or communicate often with your random squadmates using the new locational Ping system to ensure everyone can handle the higher rounds and help to crack open those intricate Easter eggs.

Welcome to the Brink

Whether you love blasting the undead with friends, dominating in Multiplayer, or embarking on a globe-trotting Campaign, Call of Duty: Black Ops Cold War has something for you. Dive into the action now on PS4 or PS5.