Hi there! I’m Chris Cobb from Ragtag Studio. The day we thought would never come has finally arrived: our new game Ray’s the Dead has finally come to life, releasing on PS4 today! This game may be familiar to some of you since the game was originally announced seven years ago on PlayStation’s E3 stage, but for those of you that haven’t heard of Ray’s the Dead, let’s tell you a bit about its history.

To say the development of Ray’s the Dead has been a rollercoaster ride would be quite the understatement! Back in 2013 we started with a bang when Sony was good enough to announce us on stage as one of the “indie 8” back during the launch of the PS4. That moment remains a dream come true.

Development has been very long in the tooth, but we have stuck with it through thick and thin. We have lived a lot of life during that span of time. Failed Kickstarters, successful Kickstarters. Publishers came and went. My partners Matt and Shawn both had their first born child during development. Both of my parents were diagnosed with, and passed away from, cancer. A lot of

wonderful things and terrible things have happened during development, and I like to think a little of all of that has been infused in the game and will live on in Ray’s the Dead. We have given this our all and are very proud of this strange game we’ve created.

Enough of that, let’s tell you a bit about the game!

Ray’s the Dead is a single-player, heavily narrative-based game with a very unusual gameplay mix. Playing as Ray, you control a squad of minions that follow you around and obey your every command. With the help of your small army you’ll solve puzzles, defeat enemies, pretend to be trick or treaters, ambush enemies through the bushes, manipulate the stock market, rile up a crowd with the sweet sound of your sax, and of course, save the world!

Fans of the cult classic Stubbs the Zombie will find a lot to like in Ray’s the Dead. 66.6% of our small team of three were involved in the development of Stubbs and are happy to bring some of what we loved about Stubbs to Ray’s the Dead.

The story of Ray’s the Dead takes place over two timelines. In the present day, you start the game as Ray in Zombie form. He rises from his grave slightly more cognizant than your typical zombie. Even so, he has no idea what’s going on or how he’s come to be in the state he’s in. Shortly into your adventure, Ray will start to experience flashbacks in which you’ll experience Ray’s past when he was still alive. These flashbacks serve to tell the story of all the important moments throughout Ray’s life leading up to… *SPOILER!* … the day he dies!

The flashbacks are a great way to introduce you to important characters in Ray’s life that you may also encounter in the present… as a zombie! (How’s THAT gonna go?)

They also are the method by which Ray learns new abilities. He’ll often encounter a traumatic situation in the present, flashback to a similar experience in the past, remember how he overcame it, and apply that knowledge to his current situation back in the present. It’s a really fun mechanic and a great storytelling mechanism.

As Ray, you’ll encounter a variety of combat and environment-based puzzle scenarios. In each situation you must effectively use your team of minions to get out of these sticky situations. You’ll add four different types of zombies to your group over the course of the game, each with a variety of different abilities. Some of the abilities are related to how they navigate the terrain, whereas some lend themselves to a unique combat style. Some of your zombies can burrow underground whereas others can dash past speeding bullets to slam into and stun their enemies.

Using the right zombie at the right time is the key to success. Both the puzzles and the combat are more tactical in nature as opposed to button mashy and requiring quick reflexes. Zombies are slow and dumb but with the right guidance and patience you and your small army can over come any obstacle! 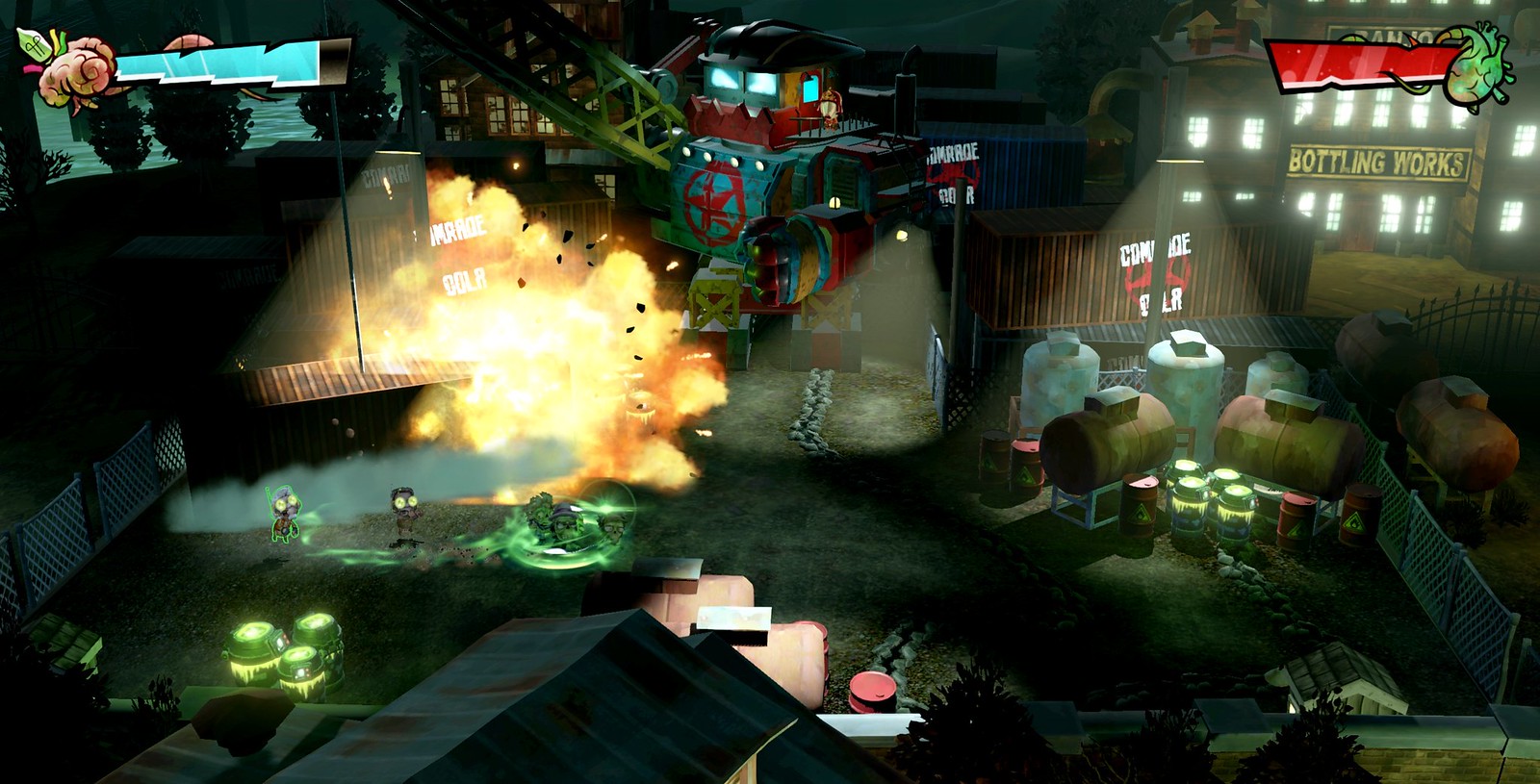 The world of Ray’s the Dead takes place throughout the 80’s in a variety of seemingly mundane environments punctuated with fantastical elements. You’ll make your way through a shipping yard, but find yourself under attack by shipping containers controlled by a giant robot! You’ll sneak through a moonlit forest campsite, while an incredible mountain peak temple beckons from the distance! 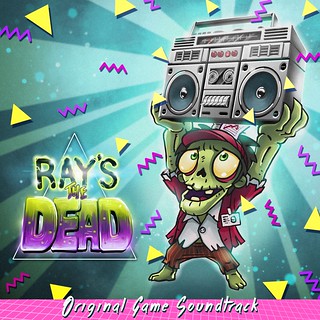 And throughout these fantastical adventures you’ll be bopping along to an incredible soundtrack. The soundtrack is a mix of original compositions and licenced tracks, all in the 80’s synth wave style. The soundtrack features a wonderful array of musicians such as Jake Kaufman (Shovel Knight), Dale North, Disasteradio, Santori In Bed, and many more!

Back in 2013 Sony sent us a complimentary PS4, along with this bottle of champagne and glasses to celebrate the release of the console. Matt, Shawn and I have been holding onto them this entire time, planning to open and drink it together when Ray’s the Dead finally releases. Unfortunately due to the pandemic we will not be able to celebrate together. But instead tonight, my wife and I will crack this open. I am not expecting it to taste good! 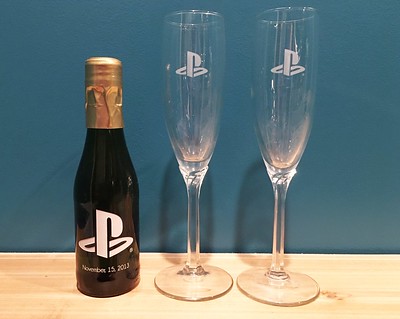