Prepare for two weekends of intense Beta action with this guide, including schedule and pre-load info.

Following the largest Alpha in Call of Duty history on PlayStation 4, the community has another chance to experience the next generation of global combat early before the launch of Call of Duty: Black Ops Cold War on November 13.

The Call of Duty: Black Ops Cold War Open Beta has arrived! And with the Beta comes a full array of Multiplayer modes. From VIP Escort to Combined Arms, there’s plenty to explore as you engage in Treyarch’s signature combat and participate in deniable operations across the globe.

Scorestreaks are disabled. Players use their normal loadout except for the VIP, who is equipped with a pistol, two smoke grenades, two frags, a Field Mic Field Upgrade, and a Spy Plane.

There are up to six players per team, with no respawns in the round. When players are taken out, they go into a downed state. Teammates can revive them if the enemy team doesn’t finish the job in time.

The first team to win four rounds wins the match.

If there’s ever a mode that teaches you the value of sticking with your teammates, this is it. On the escorting side, it’s vital that the VIP’s teammates lead the attack. Equipped with only a pistol, the VIP has the disadvantage in combat, so stay close to your team and lay low when the fighting breaks out if you’re designated as the VIP. Maybe toss a grenade to try and land a kill for your team. If you see the opportunity to rush an exfil site, pop a smoke grenade to cover your tracks and start sprinting.

Since this is a Black Ops game, you can always try your hand at some mind games by drawing fire or popping a smoke grenade at one exfil site while your VIP makes their way to the other site. Creative tactics are crucial to success in this game mode.

On the opposing team, you can rush in with everyone to try and wipe out the VIP, or leave a defender or two behind to watch over the exfil sites. This may be the sounder strategy, as a savvy VIP can slip past defenses and rush to an exfil site while both teams are embroiled in a heated skirmish.

A classic game of tug-of-war. Combined Arms: Assault supports teams of up to 12v12 and tasks each team with capturing every objective on the map. The match begins with one neutral objective in the middle of the map. The first team to capture it will then activate the next available zone, further back in the enemy’s base.

Get kills and capture zones to build momentum, which in turn reduces the amount of time needed to capture the next zone. If time runs out in a draw, overtime begins, in which the first team to capture a single neutral zone wins the game.

Get on that point! Unlike Domination where all zones are up for capture, Combined Arms: Assault activates just one zone at a time, concentrating the fighting to a single location.

Strength in numbers is key to success in Combined Arms: Assault, as it has unique majority rules when both teams are inside of the zone. If your team has the numbers advantage, you will still capture the zone, albeit at a slower rate. Unlike Domination, an Assault zone can only be contested when there are an equal number of players from each time inside of the zone.

Use your grenades liberally and be on the watch for the grenade indicator as the opposing team responds in kind. The most important thing is that your team actively jumps on the point whenever the opportunity arises. If you’ve got a good number of teammates taking up the task, find a position outside the immediate fighting and flank the enemy from the perimeter. 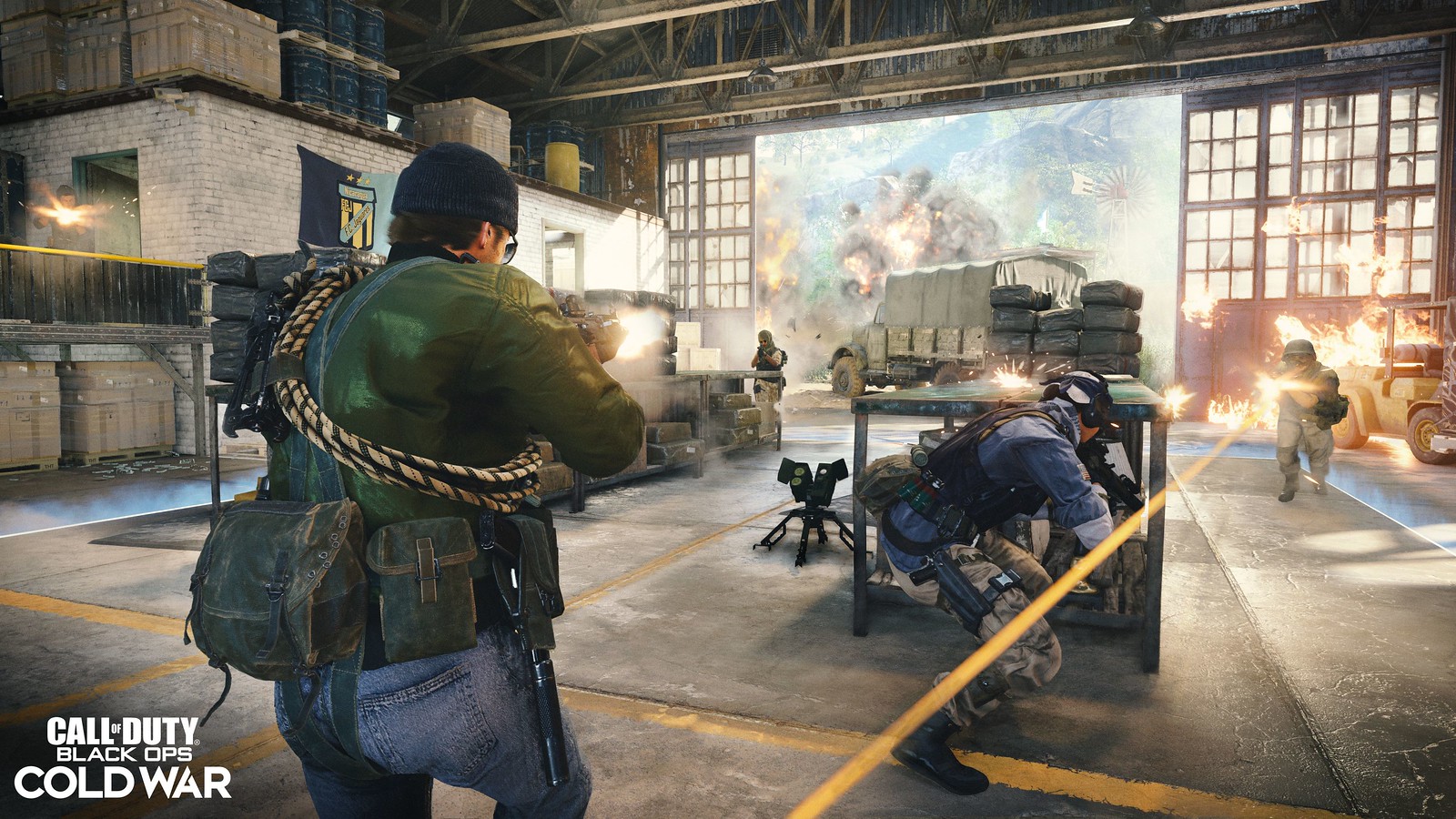 Domination on a large scale. This 12v12 game mode pits players on large maps with access to vehicles like Tanks, Snowmobiles, Wakerunners and Gunboats depending on the map.

Instead of fighting over three zones, Combined Arms: Domination can feature several more capture points, depending on the map size. There is no halftime, and the first team to accumulate 400 points wins. Players respawn immediately after death.

Because of the large map sizes in Combined Arms: Domination, strategy and positioning are just as important as gun skill. Success relies on knowing when it’s time to move up and engage in the fight, and when it’s time to hold your position and fend off incoming attackers.

Consider limiting your focus to capturing just three or four zones and defending them, instead of racing all over the map in an attempt to cap every objective. Though with the larger map sizes, the strategy becomes a bit less predictable, as players can hop on vehicles and steal zones from behind the enemy line.

Communicate with your team, plan your route of attack — or get into a defensive position — and build up those points.

Two teams battle each other in an elimination-based challenge. The first team to acquire the target number of kills wins the match.

A standard game of Team Deathmatch has a time limit of 10 minutes. Players respawn immediately after death, so you can get right back into the fight.

There is no overtime here. If both teams have the same score when the timer runs out, the game ends in a draw.

Don’t let its simple nature fool you. Team Deathmatch is all about the fundamentals: movement and gun skill. It’s a great mode for trying out new weapons and loadout strategies, and it’s a good way to learn the maps too.

While your main objective is to get kills, it can feel like a hollow victory if you rack up a lot of deaths in the process. If you’re a new player, don’t worry too much about it, but try not to feed the enemy too many kills. Play smart, read the battle, and avoid preventable deaths.

Map knowledge and awareness of your surroundings are key. As you play more matches and become familiar with the maps and game mechanics, you’ll see your performance improve.

Two teams compete for control of three locations on the map marked with lettered waypoints: A, B, and C.

Teams capture the objectives (A, B, and C) by standing near them for a short period of time. Once captured, you’ll earn one point every few seconds which is multiplied by the number of objectives you’ve captured. Players respawn immediately after death.

Halftime occurs after one team gains 100 points. The teams then switch sides on the map and the first team to earn 200 points wins the match.

Domination is great practice for map control and role-switching between attacking and defending. The most reliable strategy is to capture two objectives and defend them. Going for all three stretches your team thin and can result in a change in enemy respawn patterns.

It pays to cap objectives with your teammates, as each additional player on the objective increases the speed of capture. If an ally is close to capturing the point, it’s often worth risking your life to jump in there with them before the enemy can respond.

In Black Ops Cold War, Domination zones are larger and shaped to their natural surroundings to encourage more engagements in and around the objectives. While this can give your team an advantage, the same applies to your enemies as well.

Domination zones can be contested, meaning that when at least one player from each team is on the point at the same time, neither team can secure the capture until the enemy is removed. This will often happen when someone throws a smoke grenade on an objective. If you’re on a contested point, get aggressive and clear the enemy off so you can capture and start earning more points for your team.

Over the course of the two weekend Beta, experience signature Black Ops combat across traditional 6v6 modes, more competitive VIP Escort, vehicle-fueled 12v12 Combined Arms, and the brand-new mode Fireteam: Dirty Bomb. The Beta will feature a selection of the game’s Multiplayer maps set in distinct global locations during the Cold War. Players can progress and rank up in the Beta-specific levelling system where loadout items, including new weaponry, covert spytech through Field Upgrades, and badass Scorestreaks, can be unlocked by earning XP. New content will roll out across both beta weekends, so make sure to stay tuned in.

The Black Ops Cold War Open Beta will be free on PS4, with players who pre-ordered gaining early access.

Read on for details on pre-loading, downloading, schedule, and what’s included in the Black Ops Cold War Beta:

The first Beta weekend is exclusively for PlayStation 4 owners, and is scheduled to run from Thursday, October 8 to Monday, October 12.

Open Beta (October 10 – October 12): The rest of the Beta period is free to all PS4 owners*. If you have a PS4 and an internet connection, ready up for Black Ops combat and join in during the Open Beta. After Weekend One concludes, the Beta will remain available on the PlayStation Store so players can download in advance of weekend two.

The second Beta weekend is open to all players on PS4, and it’s scheduled to run from Thursday, October 15 to Monday, October 19. 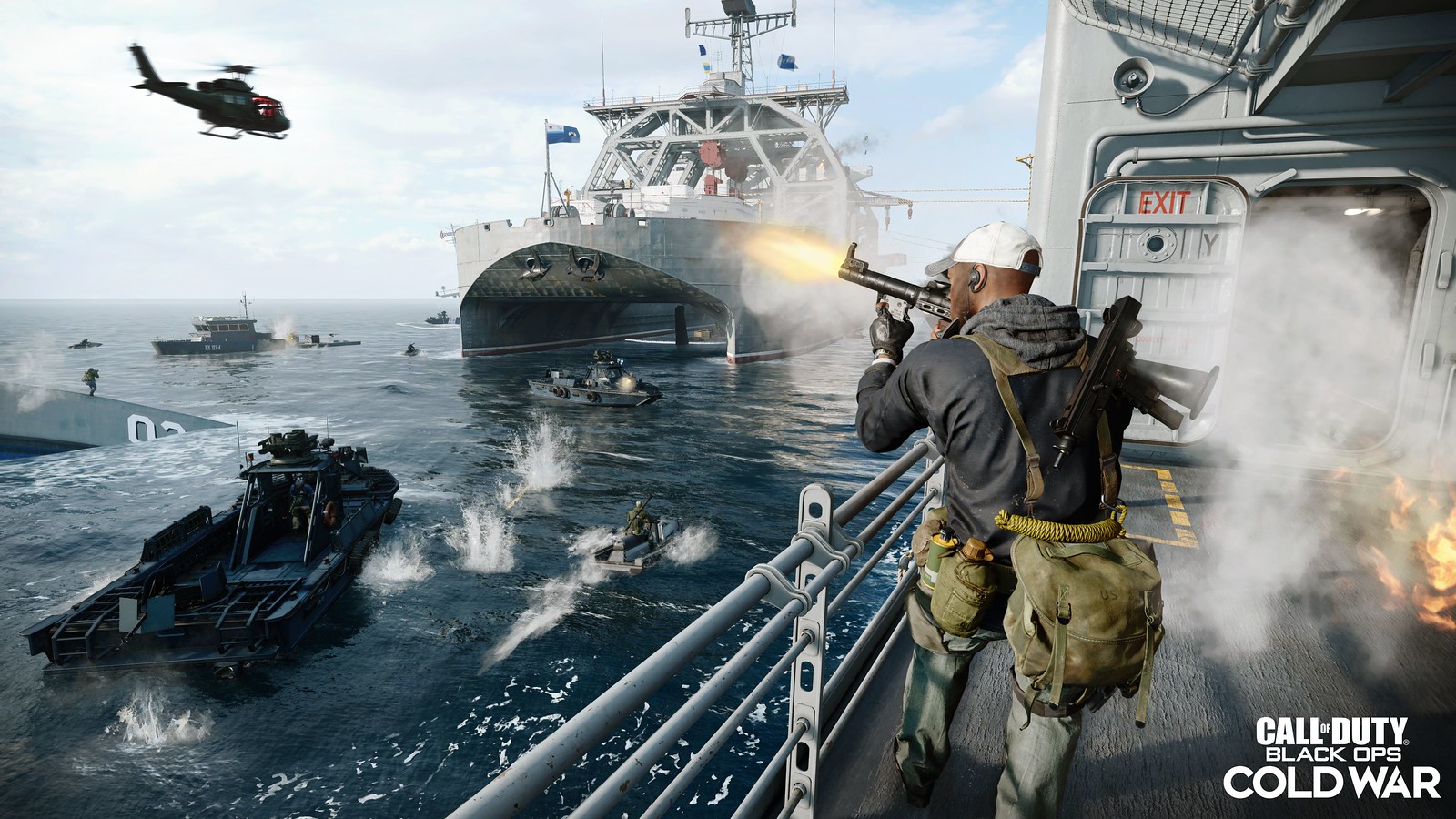 What’s Inside the Beta

The Call of Duty: Black Ops Cold War Beta will feature a mix of maps, modes, and playlists. Similar to past Betas, the Black Ops Cold War Beta will also include a progression system where players can earn XP in order to unlock new content for their Loadouts including weapons, equipment, Create-a-Class slots, and Scorestreaks (note: progression will not carry over to the final game at launch).

All players who reach Level 10 within the Beta will receive an SMG weapon blueprint at the launch of Black Ops Cold War.

A weapon blueprint is a variant of a weapon family within the game, complete with its own unique name and cosmetic differences. Weapon blueprints may also come pre-equipped with attachments, allowing you to use them on that specific weapon without needing to level it up to unlock those attachments organically. These attachments can be swapped out in favor of other attachments earned by levelling up the weapon normally. 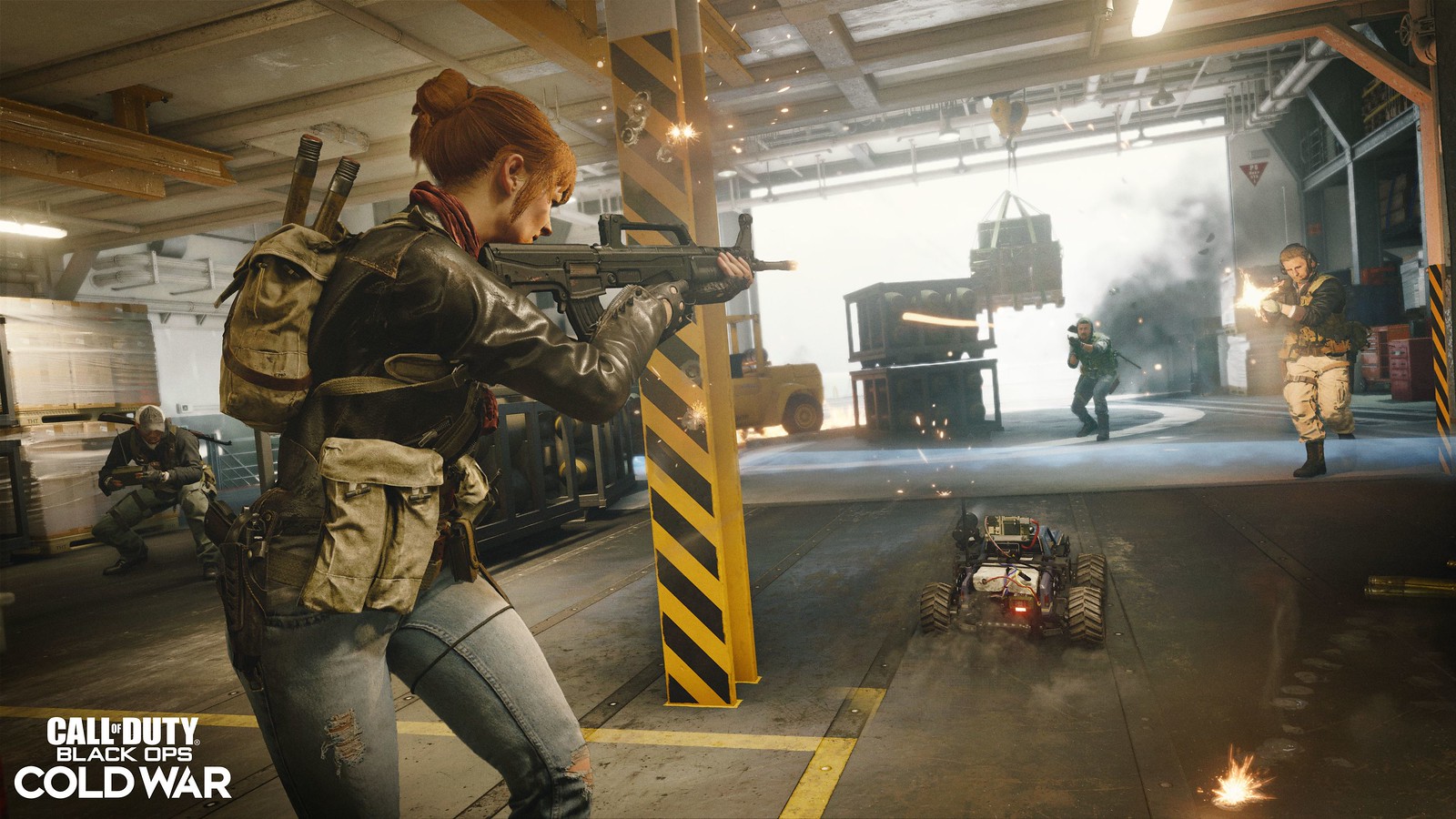 As mentioned through the schedule, digital pre-order customers will be entitled to early access (Thursday and Friday) through their account on which they purchased the game. All other players can still access the open portion of the Beta (Saturday through Monday) for free. 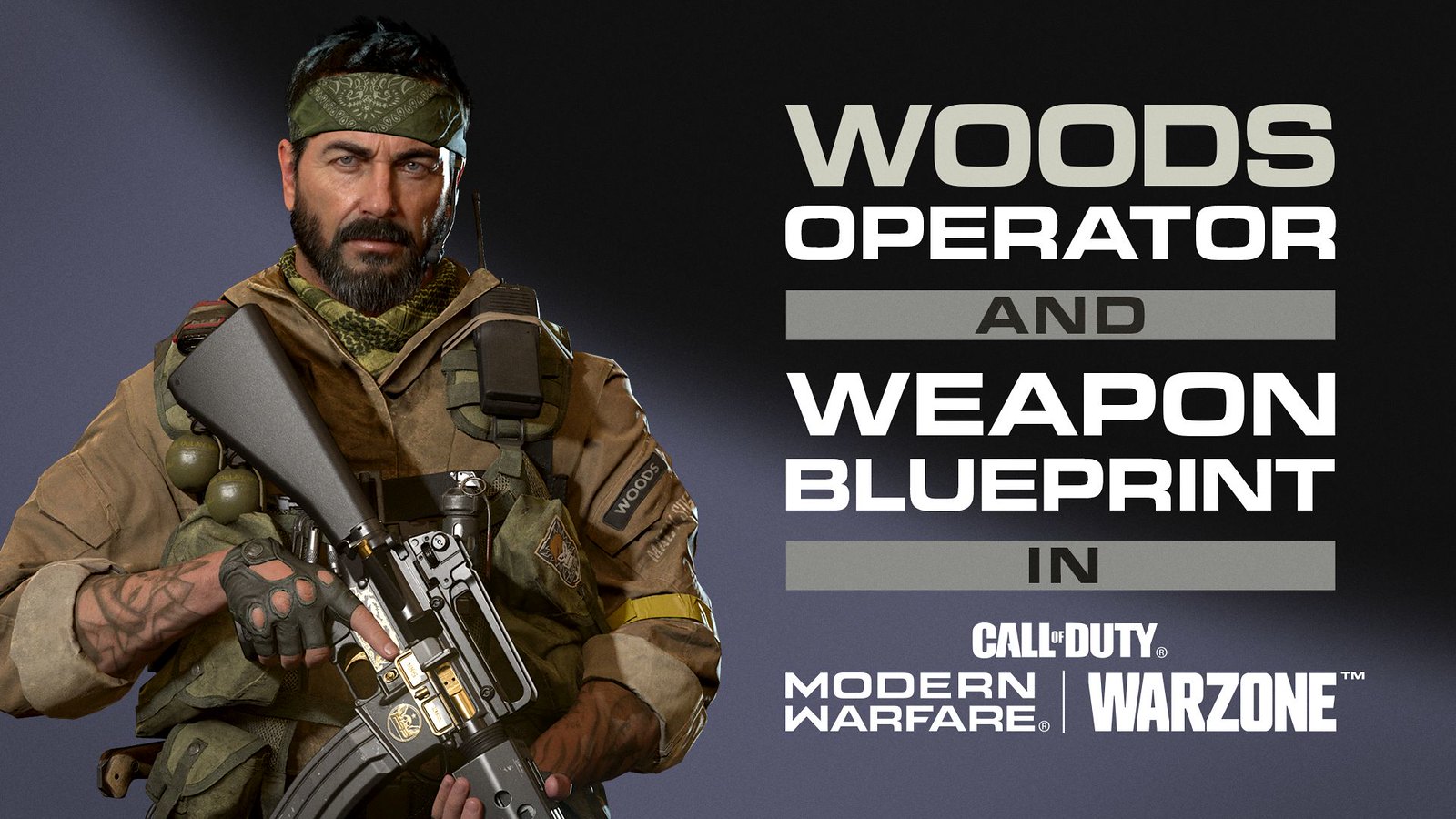 Pre-order players can secure early access to the Open Beta* and receive instant rewards like the Woods Operator Pack** for immediate use in Modern Warfare and Warzone.