How can you take out eight targets in just one day? The latest Deathloop trailer will show you.

“Deathloop’’ island of Blackreef is a mystery wrapped in an enigma and packed with murderous intent. The timeloop keeping the island locked in a perpetually looping day might be a boon for most of Blackreef’s inhabitants, who just want to be forever young and forever partying, but for one man it’s a source of constant turmoil. Colt is the only person on Blackreef not having a good time, and it might be because he’s the only person on Blackreef trying to destroy the timeloop and put an end to the endless party. Hunted by the people of Blackreef, Colt will be completely outnumbered on his mission to break the loop, but he won’t be outmatched. He has an arsenal of devastating weapons and supernatural abilities at his command, and perhaps more importantly, he has a plan.

There are eight Visionaries responsible for keeping the loop going. Eight people that have to die to make things right, and thanks to the timeloop, you’ve only got one day to take them all out or the loop resets. But the targets are spread out across the island and are often only accessible at certain points throughout the day. So how can you possibly eliminate them all in time? The solution won’t be easy, but with some practice (and quite a few resets) you’ll be able to solve the puzzle of Blackreef and break the loop. Take a look at the latest Deathloop trailer to see how Colt tackles the problem of getting two Visionaries – Aleksis and Egor – in the same place at the same time.

It’s not enough to know where or when your target will be vulnerable to an attack. First, you need to get to know the island. Blackreef’s history is written on its face. From a remote fishing village to a military research center to the home base for its current eccentric, 60s-pop-art-obsessed citizens, the architecture of the island tells a story. And it’s a story you should be paying attention to because uncovering the island’s secrets will get you closer to breaking the loop.

The island itself is broken up into four open districts, similar to what you might remember from Dishonored, though the districts aren’t tied to levels. You can explore any district in any order as you work to solve the puzzle of the island. Time of day will play a role in changing the look and layout of the different districts. While mornings might see clear streets filled with people preparing to throw a massive party, nights will see those same streets covered with snow from an afternoon flurry and the remnants of a spectacular rager. Snowbanks might cover paths you would have been able to take earlier in the day, while also providing lifts to new, previously unreachable locations. Events that took place throughout the day (whether you were there to witness them or not) will also have their own effects on the districts, and the decisions you make in one area of the island can impact others. All this will need to be factored in as you hunt down your targets. 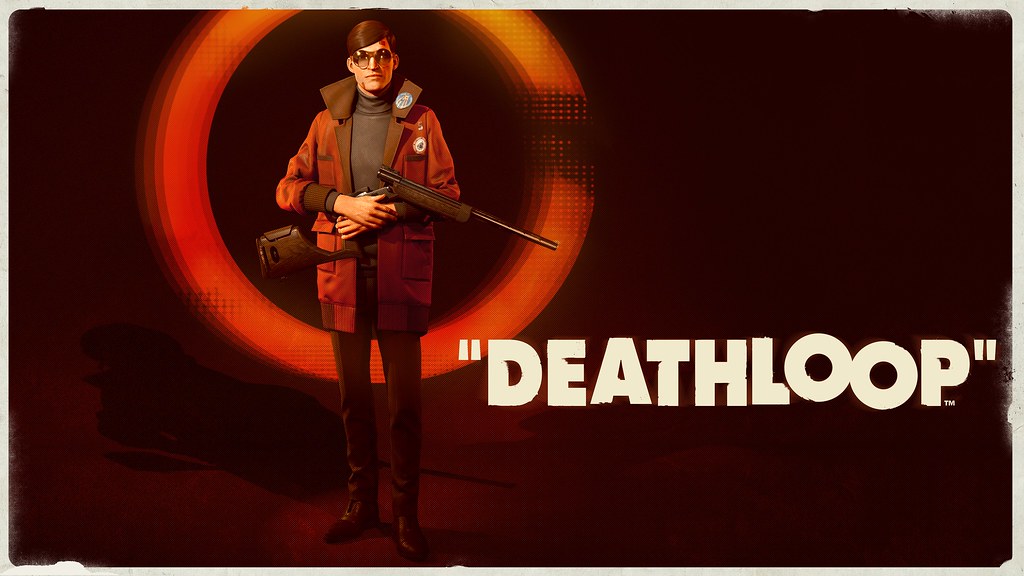 And always remember, you’re not trapped with just one strategy as you explore and gather information. As Campaign Designer Daniel Todd tells us, the loop is there for you to take advantage of. “The loop can give you perfect clarity on the outcomes of your actions. You never need to wonder what would happen if you tried one path or another; you can try both and compare the results. One outcome may be to your advantage if you have one goal in mind, but if you return to the same location with a new goal, the alternate outcome may be the one that gives you the upper hand.”

Once you’ve got the hang of the island’s layout and how events as well as time of day affect different districts, you can move on to researching your targets. If you want to take out all the Visionaries, you’ll have to get clever. Pick your target. Watch them. Listen to what they say. Read their communications. Follow the clues, and eventually you’ll have everything you need.

Each Visionary will have his or her own base in the districts – like Aleksis’ mansion or Egor’s lab – and each will be a visual representation of who that person is, adding to the flavor and style of the world. There might be multiple bases in one district, but a target might only be accessible during certain times of day, and some targets will have to be forced out of their hideouts. See, the Visionaries have their own lives and schedules, but they can be manipulated. 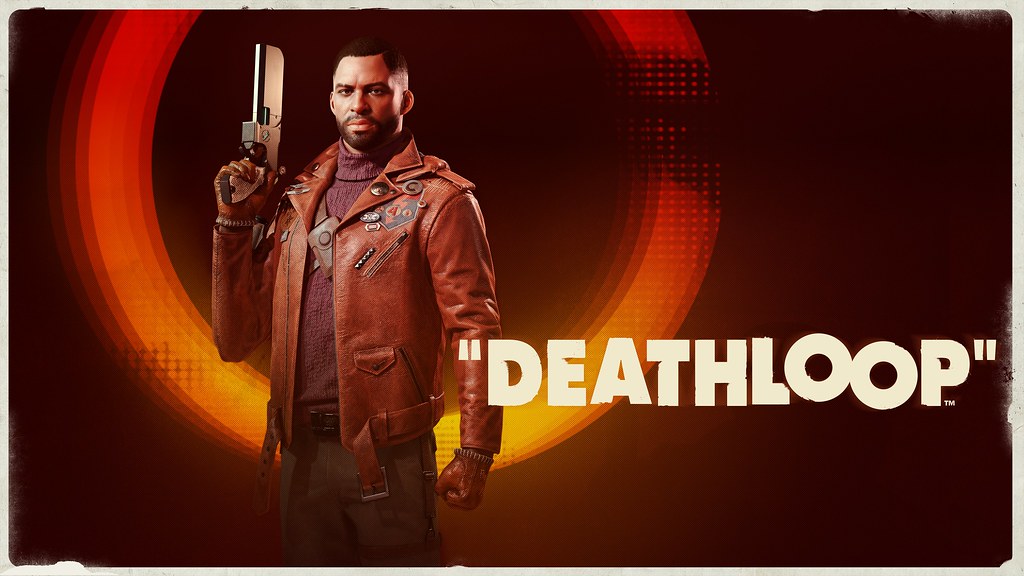 “The murder puzzle was at the heart of Deathloop’s conception,” says Todd. “The Visionaries of Blackreef are stuck in a pattern, loop after loop, without fail. A player who charges in can easily fall into the same trap, repeating the same actions loop after loop. The key to breaking the loop is to break these patterns. The player must try new things, investigate leads, make discoveries and gain knowledge. With this knowledge, you can break the patterns the Visionaries are set in, and by doing that in just the right places, break the loop.”

Just look at Egor in the trailer. He was more than happy to stay home during Aleksis’ party and work on his breakthrough, but throw in a little sabotage and suddenly he had nothing better to do than drink his sorrows away. And the player picks up on all that by watching and listening and then connecting the dots.

“We work to keep the action driven by the player’s own wants and goals,” Todd explains. “Blackreef is filled with challenges and secrets to discover and threaded through it all are the leads you need to follow to solve the murder puzzle. We strive to keep the connections between these clues cohesive to drive to the player to the next lead, rather than the game simply solving the puzzle for them once they’ve found all of the clues needed to unlock it.”

And Then There’s… Her

Julianna Blake. One of the Visionaries, and the most daunting test you’ll face. Unlike the other Visionaries, you won’t have to worry about finding her, because she’s always watching you. Julianna has no qualms about letting you know when she’s on your trail, and her voice will dog you through the streets and tunnels and rooftops of Blackreef throughout your mission. 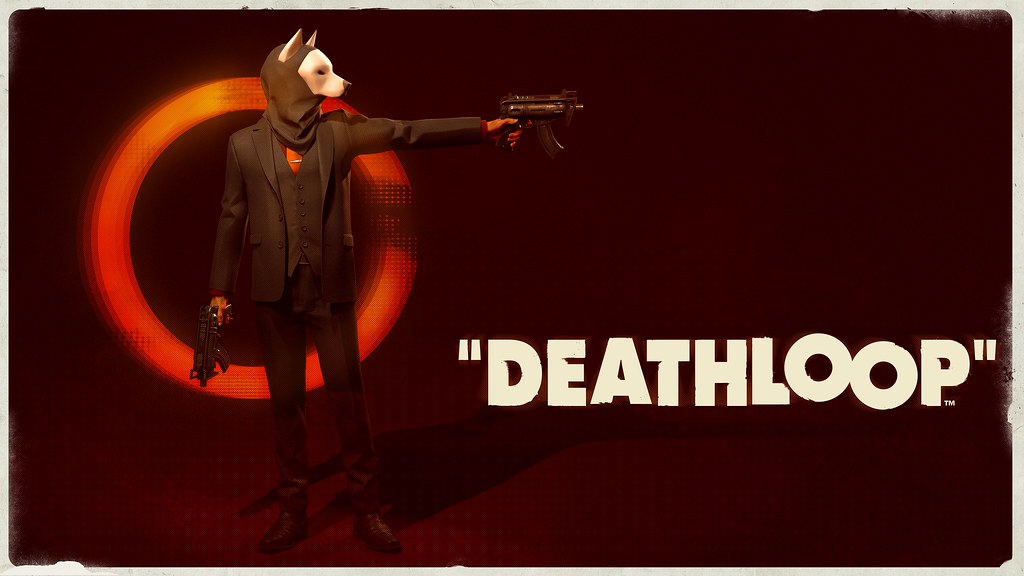 Because while the Visionaries are extraordinary in their own ways and won’t be easy to take down, Julianna isn’t just a Visionary. She’s also a playable character, meaning it could be another player invading your campaign to wreak some havoc, adding another layer of unpredictability to her actions (PS Plus required – this is an optional feature that can be toggled off).  So while you’re on the hunt for clues across the island, watch your back, because Julianna might be on the hunt for you.

Deathloop releases in Q2 as a PlayStation console exclusive*, and is targeted to run at a stylish 4k/60fps at launch.