Spelunky 2 is out today on PS4

In the sequel to Spelunky, it's all about the choices you make, as well as the stories.

It’s time to join the next generation of explorers as they travel to the Moon in search of treasure and missing family! With the release of Spelunky 2 on PS4, Spelunky veterans can finally sink their teeth into the next evolution of the series, which greatly expands on the concepts introduced in the first game. On the other hand, curious players who have yet to experience the fun can find no better time to join in – you’ll be learning the ins and outs of Spelunky 2 alongside the rest of the world and enjoying all of the new features, including many that were designed with new players in mind.

Spelunky’s high difficulty gets a lot of attention, but I think of it as more of a fun backdrop for players to express themselves. One of my main goals with this sequel was to offer players even more opportunities to be creative in how they approach the game, whether it’s the equipment you use, the paths you take, or how you engage with the various characters you encounter along the way. In many games, including Spelunky 1, the design tends to funnel the player toward a certain optimal way of playing over time. In Spelunky 2, I wanted the design to encourage players to try new things all the time, even after hundreds of runs. 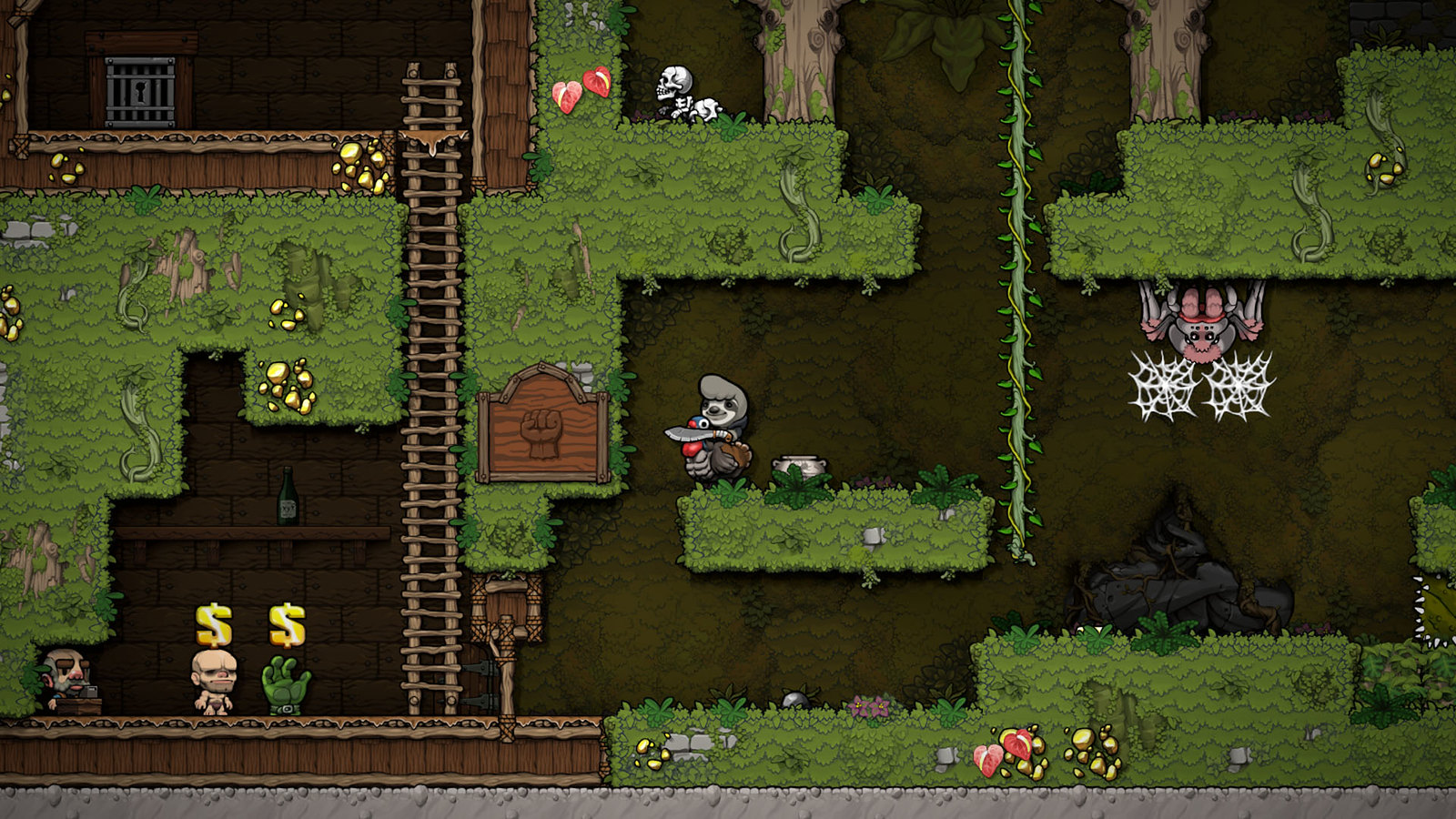 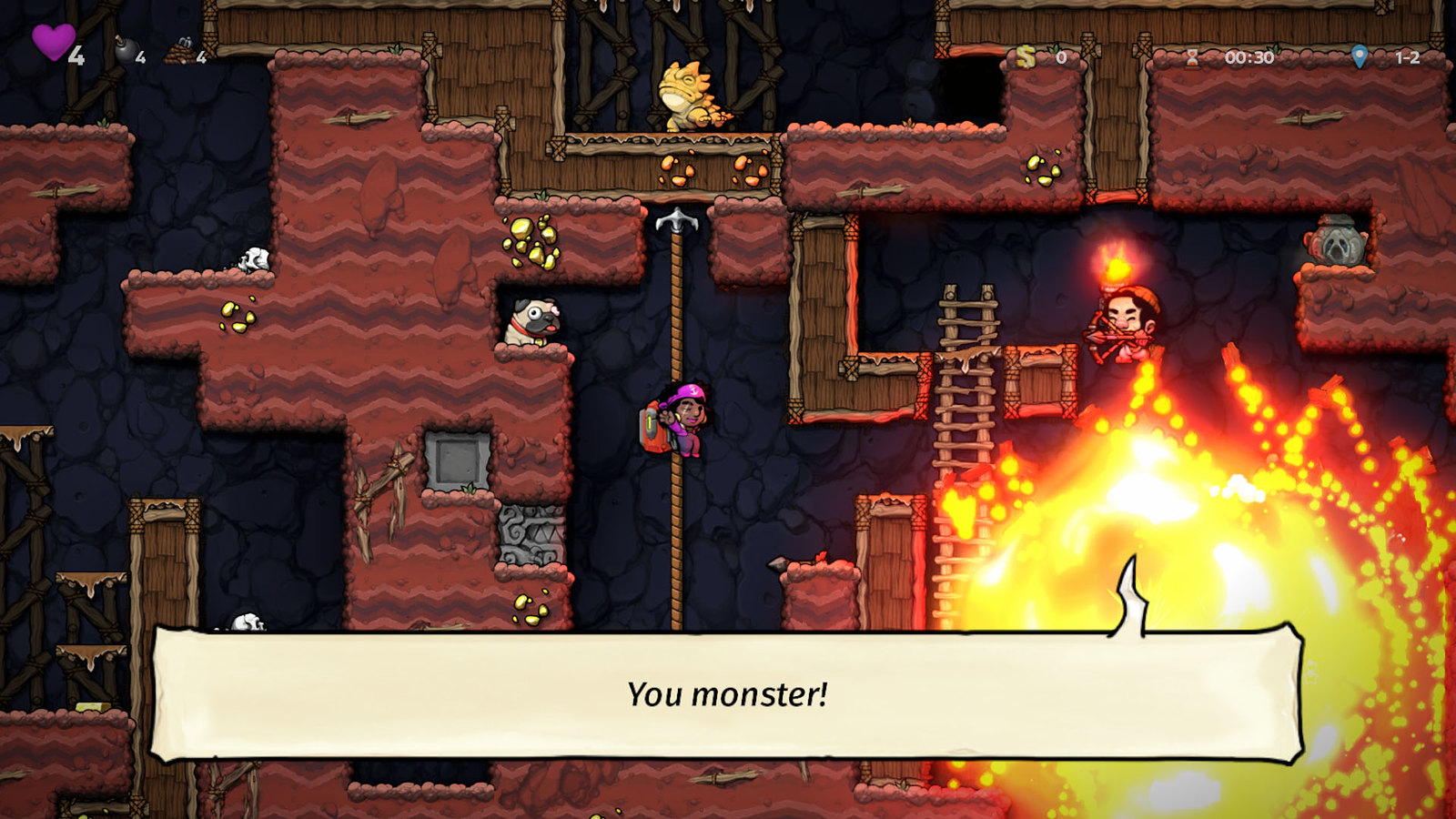 To give you an example, experienced Spelunky 1 players generally rob every shop they come across in their hunt for jetpacks and shotguns, because, simply put, those are the best items for the toughest challenges in the game. In Spelunky 2, however, while that’s certainly still a viable strategy, there are many other viable strategies. Being a law-abiding shopper or an occasional thief can be just as effective as being a cold-blooded killer (and it’s probably safer, too). And depending on the situation, a powerpack (a new item that lets you throw extra large bombs) might be the better choice than a jetpack. Or perhaps you’ll willingly trade the shotgun’s blasting power for the crossbow’s accuracy. Or maybe the game gives you none of those things and you find yourself making the best of a machete and a turkey mount! 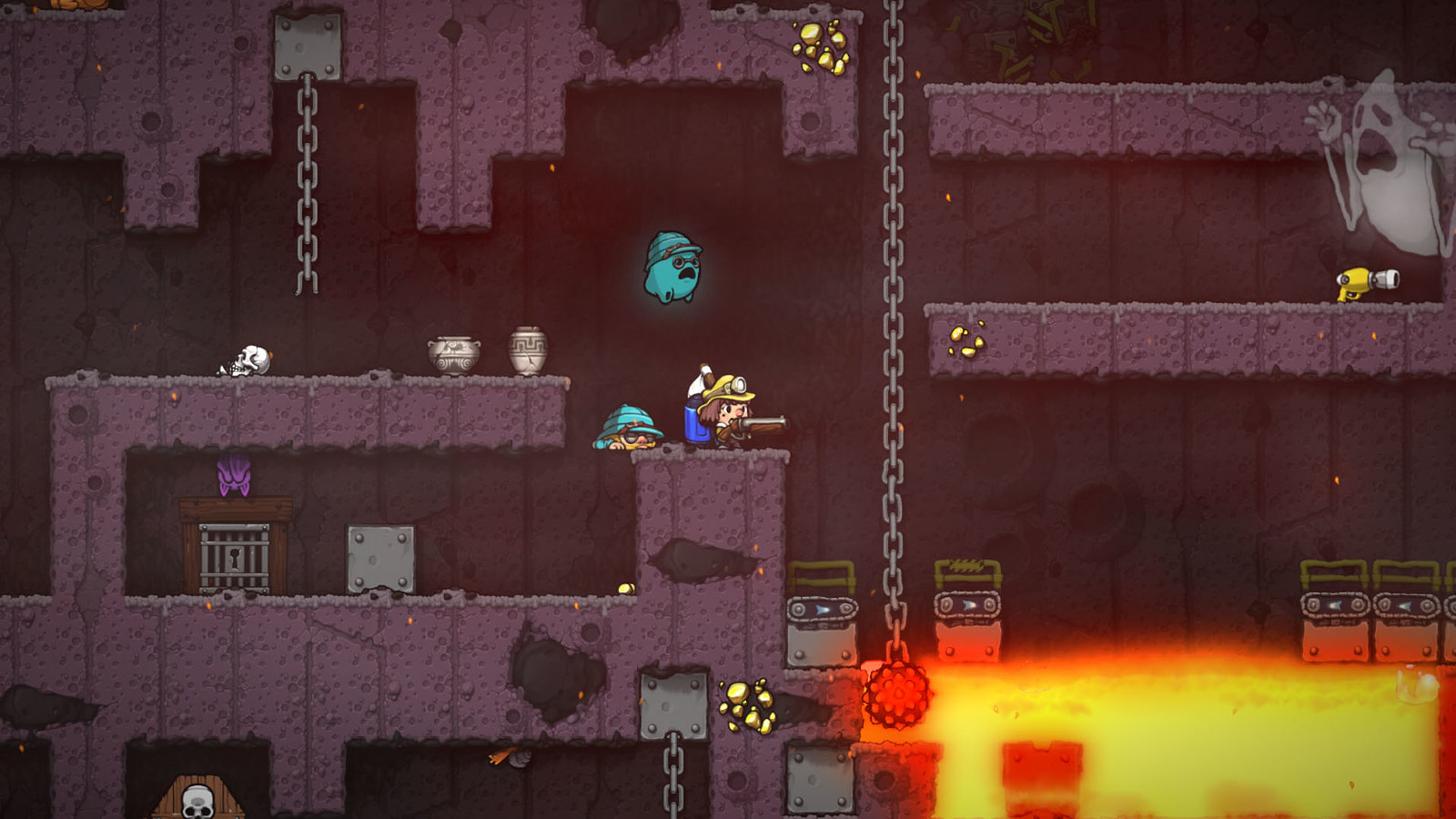 Ultimately, beating Spelunky 2 is a goal of the game, but it’s not THE goal. There are people to meet, a world to explore, secrets to uncover, and stories to create… and how you choose to pursue that is up to you. The more you play, the more personal your journey becomes. And now that Spelunky 2 is finally out on PS4, you can take the first steps on that journey. I can’t wait to hear about what happens! Happy Spelunky-ing!