The isometric RPG has been tailored for console and features the choice of real-time or turn-based combat.

Pathfinder: Kingmaker is a classic RPG made by Owlcat Games based on the rules and setting of the famous Pathfinder Roleplaying Game system. You start your journey as one of the mercenaries hired to stop the atrocities of local bandits. But eventually, you will become the leader of a newly born nation and will nurture, grow, and protect it through many perils, making many crucial decisions and seeing their consequences.

During your adventures, you will meet 12 different companions who will accompany you on your journey, each with their own story and personality. The game features immense possibilities for character building, deep mechanics, more than a hundred different enemies to fight, and a lot of items to collect. The game was released almost two years ago, and we’ve been working on polishing and expanding the game ever since, and now we are proud to present it to PlayStation players on August 18.

The game is based on the Pathfinder Roleplaying Game System and stays true to the spirit and the rules of the famous tabletop RPG system. With nine races and 16 classes, each with three archetypes (variations of the classes), we have seen many players agonizing over which character they want to try out.

Would you like to start your journey as a gnome sorcerer with the blood of dragons flowing in your veins? Or maybe as an elf grenadier, an alchemist specializing in powerful bombs? Or a half-orc mad dog, a barbarian traveling with an animal companion? Or maybe a simple human fighter is more to your liking?

As your journey progresses, your character will rise up through the levels all the way to level 20, and each time there will be exciting choices to make: will you decide to multiclass (combine several classes in one character), or maybe you will go for a prestige class (special class available only at higher levels, there are seven of these in the game)? The depth of Pathfinder’s mechanics is one of the things that fascinates many fans of the system, including us, and we strived to bring it from the tabletop to video game. 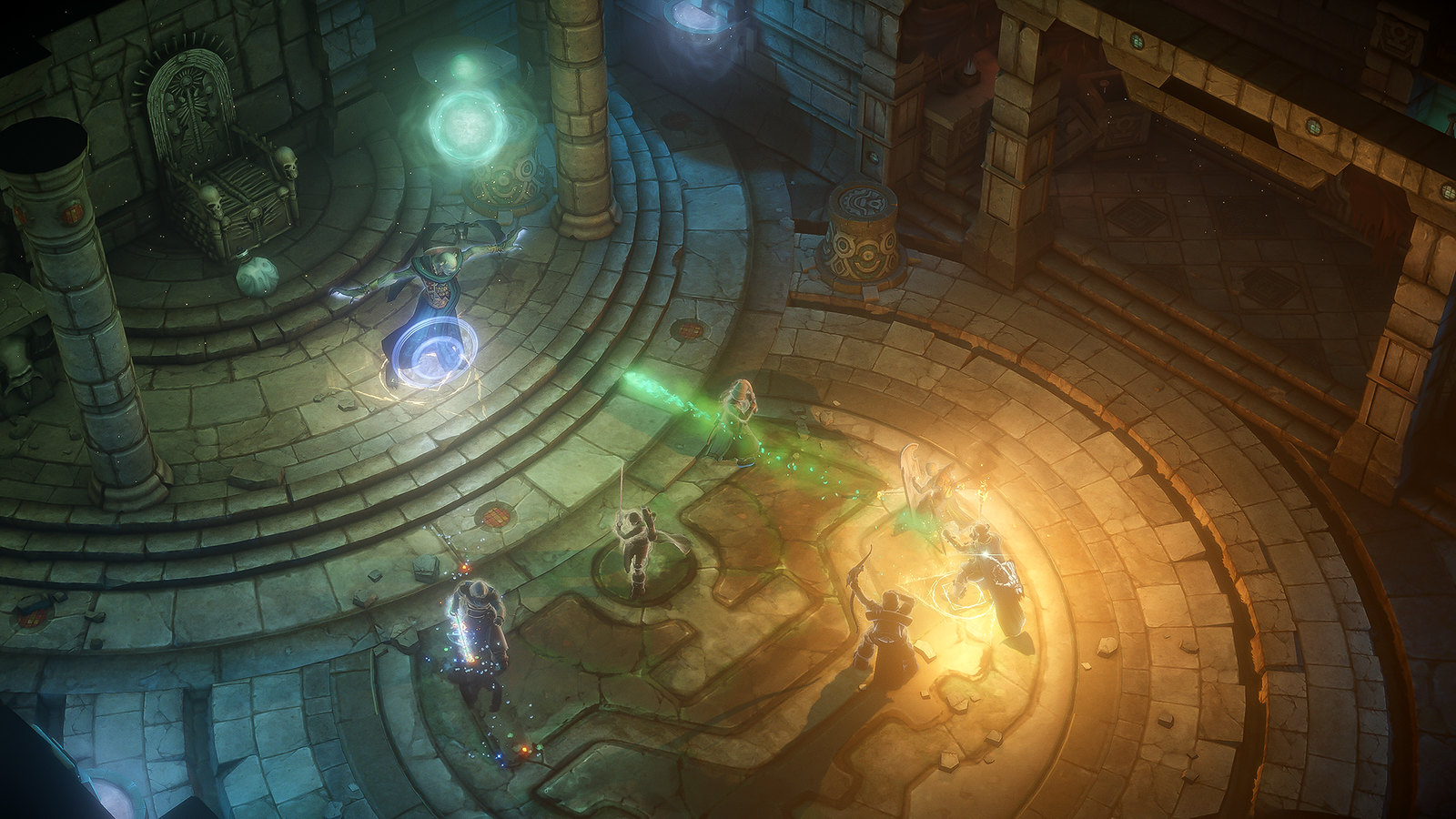 Your journey will start in Brevoy, one of the many nations in this part of the world. Jamandi Aldori, powerful swordlord and de facto ruler of the city on the nation’s border, is hiring adventurers to stop the reign of bandit terror in the as yet unclaimed wildlands to the southwest – the Stolen Lands! She promises to set up a barony under her patronage if the adventurers are successful.

From the start, you will meet a cast of colorful characters, each with their own alignment and worldview. They speak their mind, comment on your actions, and argue. Each comes with their own baggage of problems and sometimes huge skeletons in their closets, but we hope they are also relatable and interesting companions on your long journey. You will become a baron as soon as you stop the bandit threat, and will guide your nation for almost five years. It will not be easy, as those lands are known as “Stolen” not because of the bandits, but because of the many kingdoms that have fallen while trying to settle there. You will have to make many decisions as you protect your barony from a multitude of threats and face the consequences of those decisions. We can’t tell you anything else about the story apart from that, because that would spoil it.

When we were choosing the campaign to serve as the foundation of the game, we selected Kingmaker not only because it was a very open-world experience, but also because it allowed us to become the rulers of our own nation at the table.

Adventuring and becoming heroes is a rather commonplace experience, whereas ruling a nation is something that rarely happens in RPGs. We built kingdom management as an additional strategic layer to the game. You will have to choose advisors for various governmental positions, solve problems, and respond to opportunities while developing your nation in a dozen different directions, including Arcane, Military, Economy, Espionage, to name but a few…

You will be able to expand the barony by capturing new regions, build villages and towns, and eventually even become a full-fledged kingdom. This layer also greatly helped our story by showing our companions and essential NPCs from a new perspective, as rulers who have to address important issues, revealing entirely different facets of their personalities.

After we released the game originally, we continued to polish it and make new content for the game we loved so much.

That led to the release of several DLCs, some were free and added new spells or additional blood and gore effects. Others were premium and they expanded the story in different ways, by adding new companions from faraway lands, or by shedding some light on part of the story of the original game but told from a different perspective.

Another expansion introduced a separate game mode with an infinite dungeon and rogue-lite elements. It quickly became a favorite among players who wanted to try out very different parties (whether mechanical or thematic, like a party of gnomes, or a journey where every character has an animal companion). All the DLC released to date for the game is included in the PS4 version launching today. 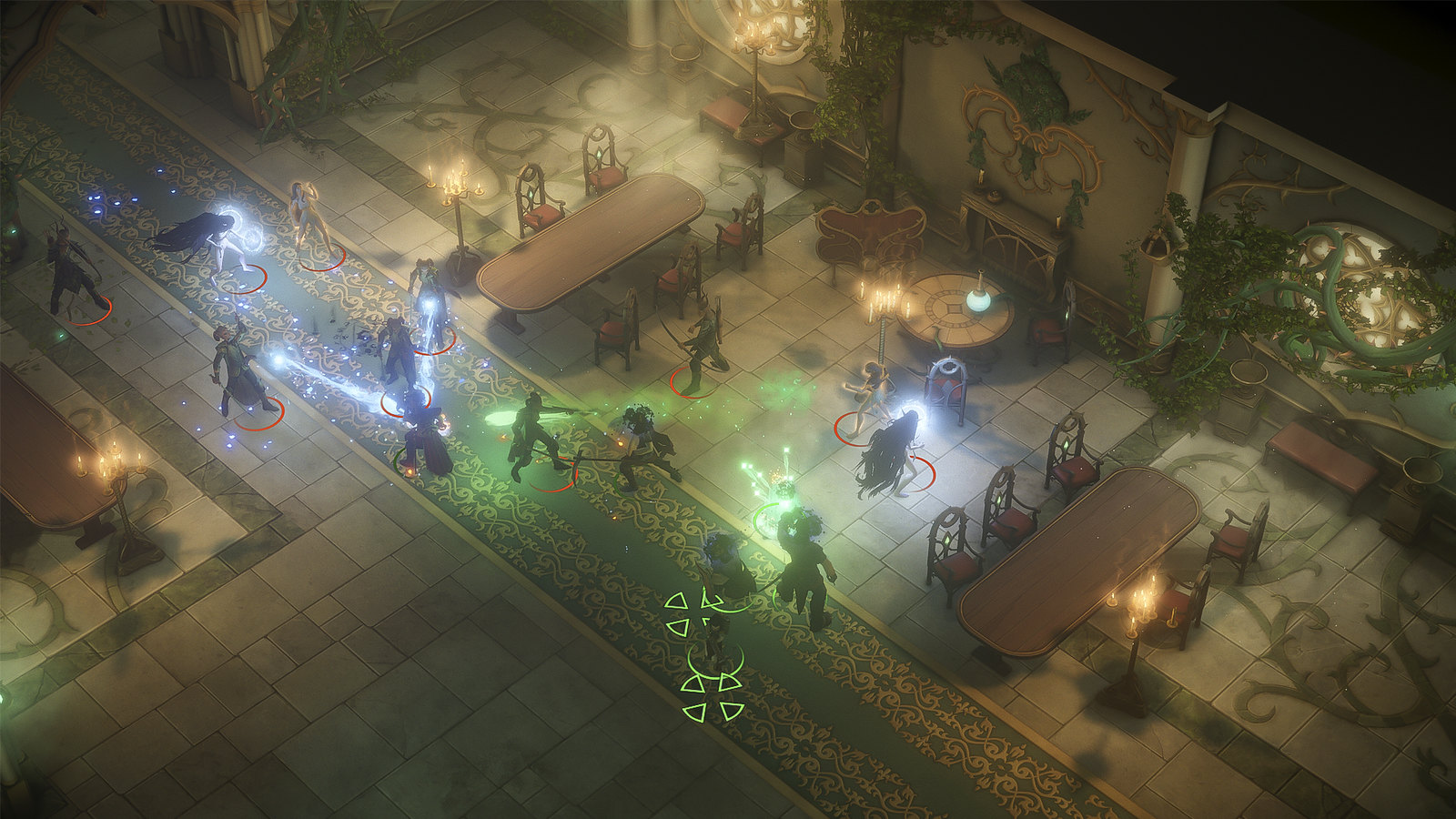 Porting the game to console is also part of expanding the game and bringing in new players to the experience. We spent a lot of time redesigning the interfaces (which are many) to work seamlessly with the DualShock 4 controller and adapting them for TV screens.

While doing this, we struggled with modifying the gameplay to work better with the controller as well, as giving a lot of orders in the chaos of battle (even when it is paused) can be difficult. At the same time, one particular mod for the game, hanging battles from real-time to turn-based, became popular and attracted new players.

We thought that it would be great to bring this mode to console, as it gives more control over the battle and allows for greater tactical precision. We made it so that you can switch between real-time and turn-based combat at any time, even during battle. This Turn-Based Mode is our latest addition to the game that will be available with the launch of the PlayStation version.

To put it simply, Pathfinder: Kingmaker Definitive Edition is the biggest and best version of the game. It will be great for newcomers to the game and for those who want to experience it again from the comfort of their couch with a game controller in their hands.

Thank you for your time, and if you want to know more, feel free to join our official Discord server, where thousands of players will help you get settled in the Stolen Lands.