Hey everyone, this is Hernan Lopez from Epic LLama and I’m excited to finally say this: Darkestville Castle is coming to PlayStation 4 tomorrow! It’s been a long journey and we’re happy that you’ll be able to experience our fun little adventure with a PlayStation controller in hand.

Darkestville Castle’s story follows the tale of Cid — a mischievous demon that loves being evil, turning his town upside down and fighting heroes, demon hunters and all that kind of stuff. Do you remember classic point and click adventure games? Think of the games where you have an action token to talk, grab and see… Well that’s how Darkestville Castle works! Oh and of course, there’s a lovely inventory to save all the stuff you collect… usually by stealing.

We at Epic LLama always loved point-and-click adventure games. Back when we were kids we used to play them kind of in a “multiplayer way.” Together with a bunch of friends, we sat in front of the computer guessing how to solve the puzzles… Oh man, were we slow at progressing because there was way more debate than action but we had lots of fun regardless. 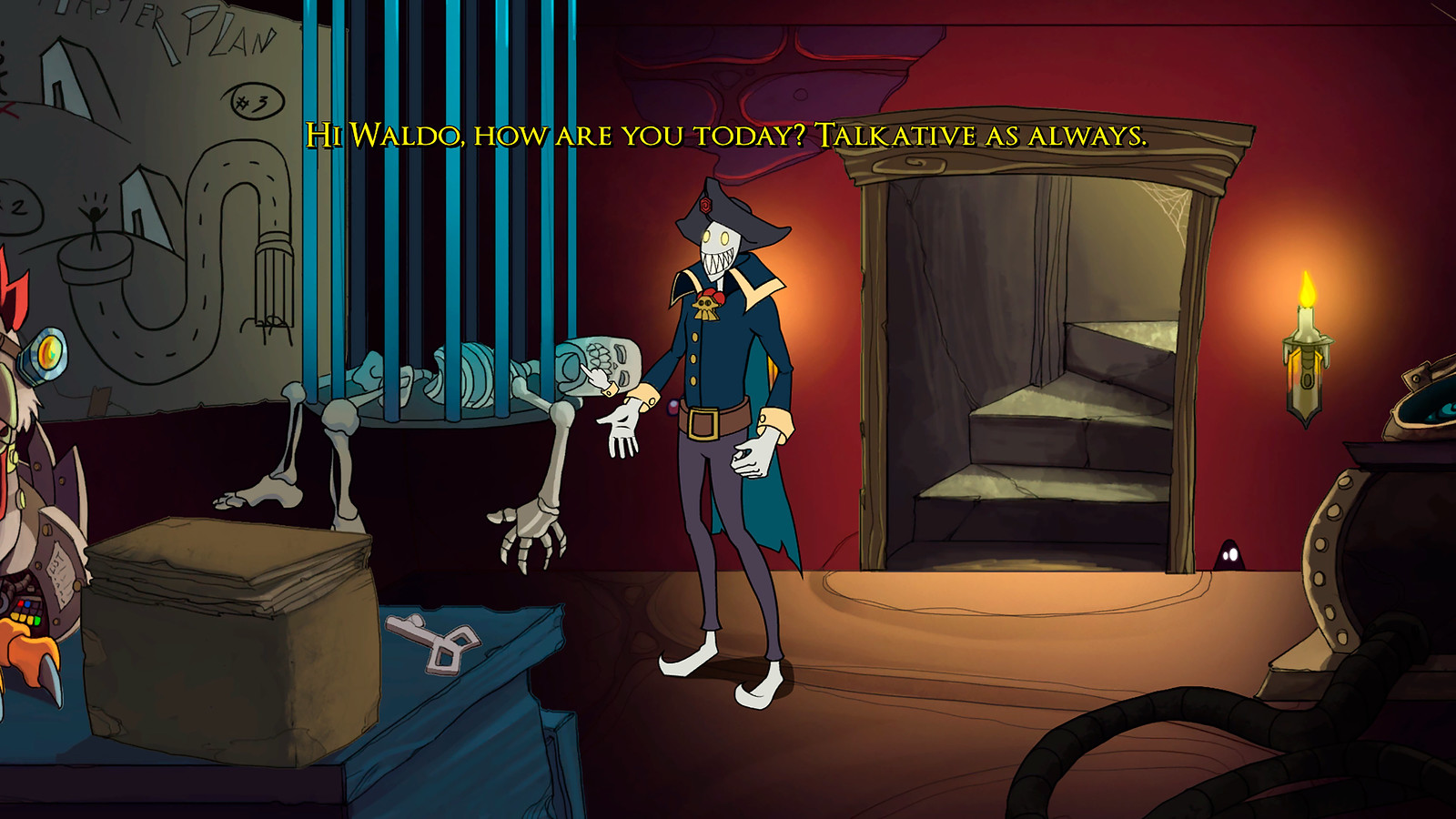 So when we grew up and became game developers, we wanted to make our own point-and-click. Our road to the game industry was through “flash games” as we started making really short and fun small games for websites like Newgrounds… And we had a blast making flash games, but we wanted to make something bigger and better! We felt we were ready to make the point-and-click that could become a classic in the future.

We wanted to make a point-and-click with the best elements of the beloved adventure classics we grew up loving, but with its own distinctive flavor, and that’s when Cid stepped in. We wanted to make him as iconic and distinctive as possible, he even looks like an icon if you think about it. He has a big permanent smile on his face all the time and he is not the regular hero at all… In fact, he is not even a hero! He is evil, pure lovely chaotic evil!

Cid was inspired by so many characters we love — he’s like a bit of a Skeletor, a bit of Jack Skellington, of course there’s some Guybrush Threepwood and a lot of our inner evil essence. Yes, Cid is a character that is bad… but he owns it so much and has so much fun just being evil.

But why would we tell a story about a bad guy? I mean, Cid is a demon, he clearly loves making everyone around him miserable and is always scheming and plotting in that way, yet we found it somehow charming. I think because there is a lot of fun in mischief and chaos. Every time someone likes and shares a “Funny Fails Compilation” video they prove this.

Cid’s evilness is also a force of his nature. He is evil, because he is a demon and evil is all he does. We can’t judge Cid’s evil actions using our human morals. This is somehow reflected on Darkestville denizens as they accept Cid’s nature. And while they don’t like to be the targets of his evil deeds, they are not going to hunt him down, which is something they could easily do since everyone here knows where he lives.

However, we should consider the fact that the locals found him as a baby and raised him up so they gradually got used to Cid being more and more mischievous, and sometimes they even benefit from his plans going backwards.

Don’t get us wrong, Cid isn’t some kind of a tormented evil person who wants to make the world feel the pain he once felt. On the contrary, he is happy and upbeat. A very happy and optimistic monster. What a great companion for a journey full of problems and puzzles to solve! 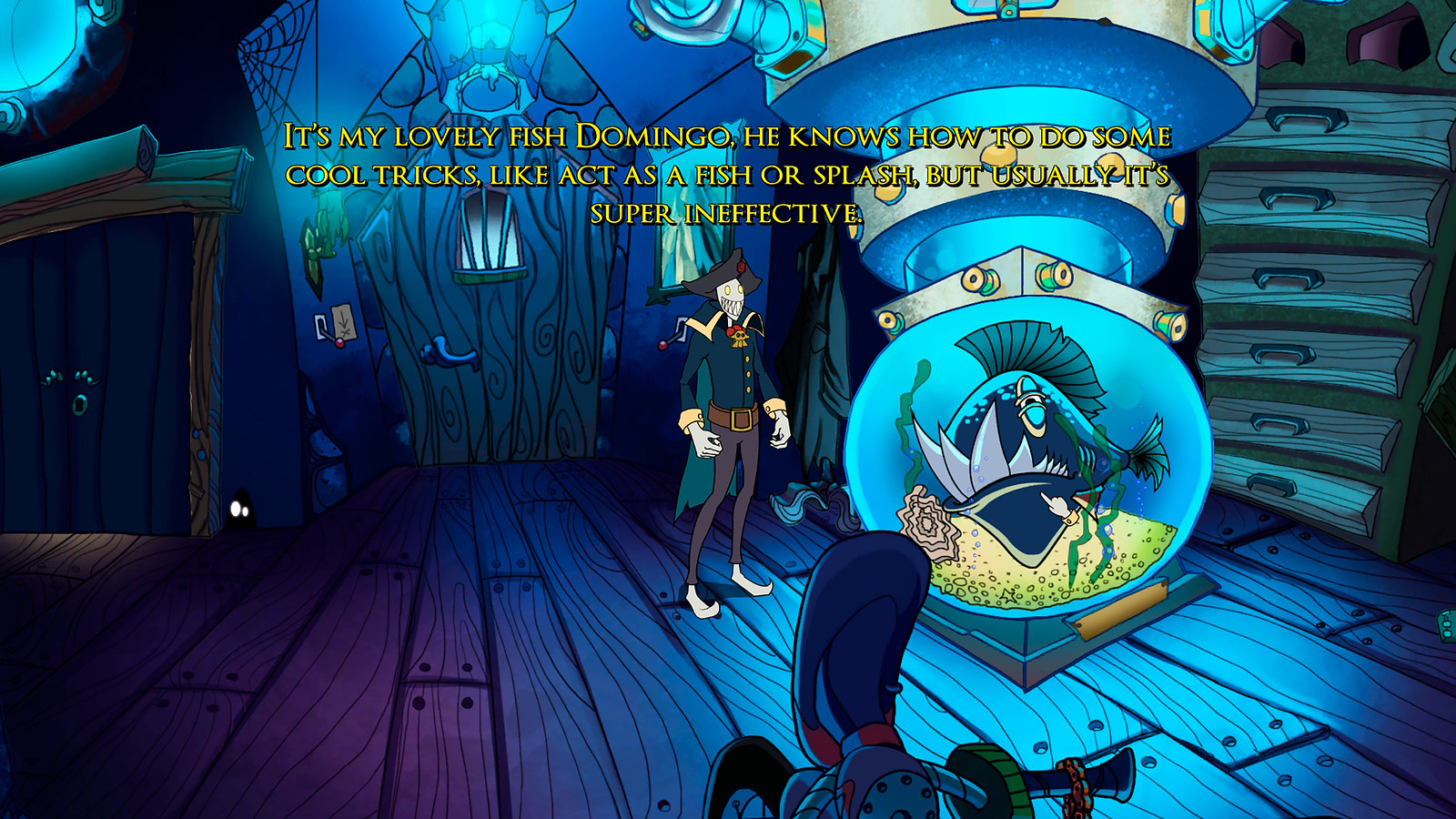 We understand that a big part of beating a point and click adventure game is solving puzzles by thinking and trying all ways that do not always work, so we tried to keep that in mind while writing Cid. He is optimistic and ever smiling, and will always tell us an anecdote or something that is fun to listen to, so even if we didn’t solve a puzzle, we still had some cookie, some piece of information or some joke to make us chuckle.

Wanna know more about Darkestville Castle and Cid? Try out the Demo(n) Version or the full game tomorrow and tell me what you think! 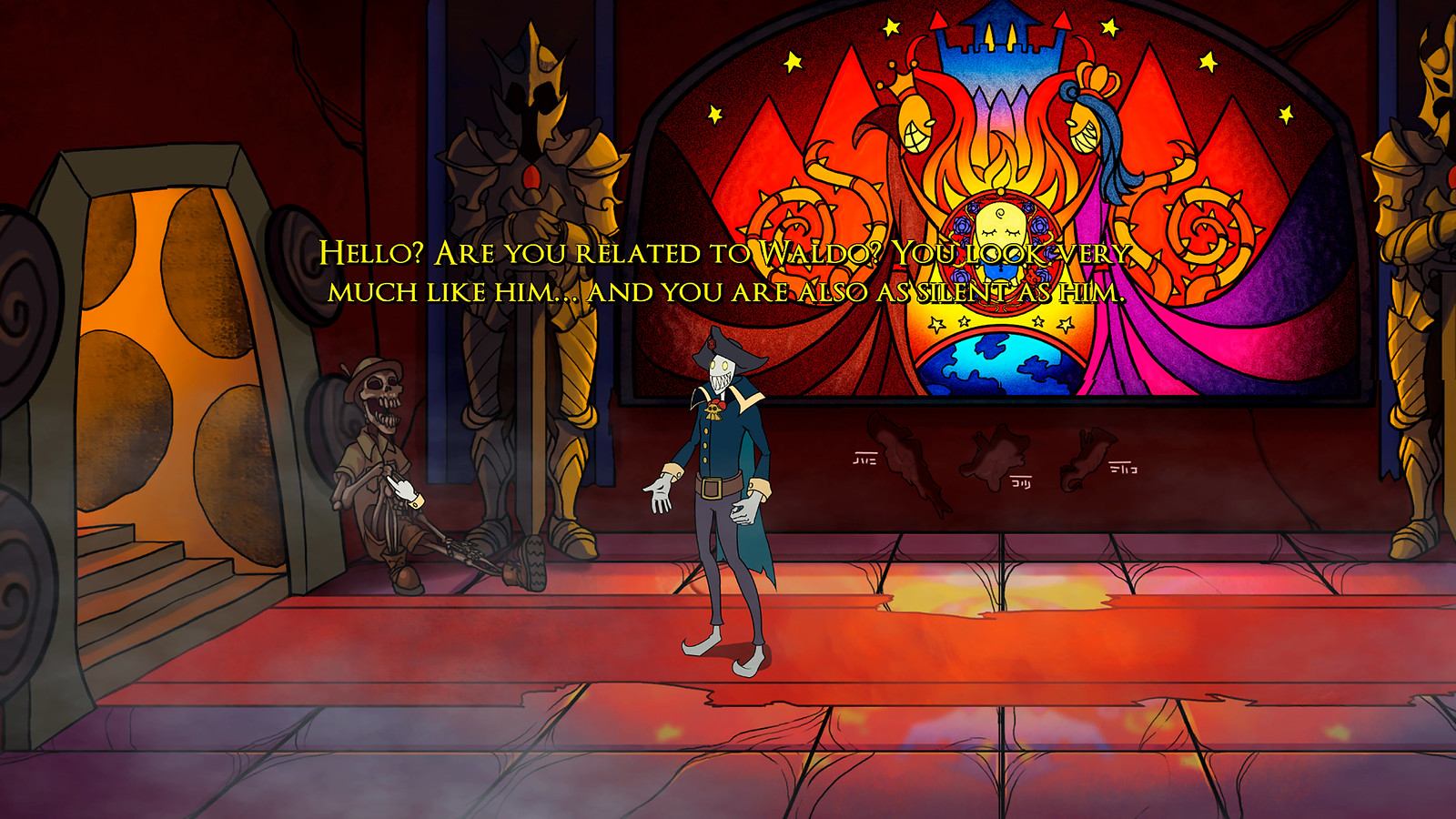