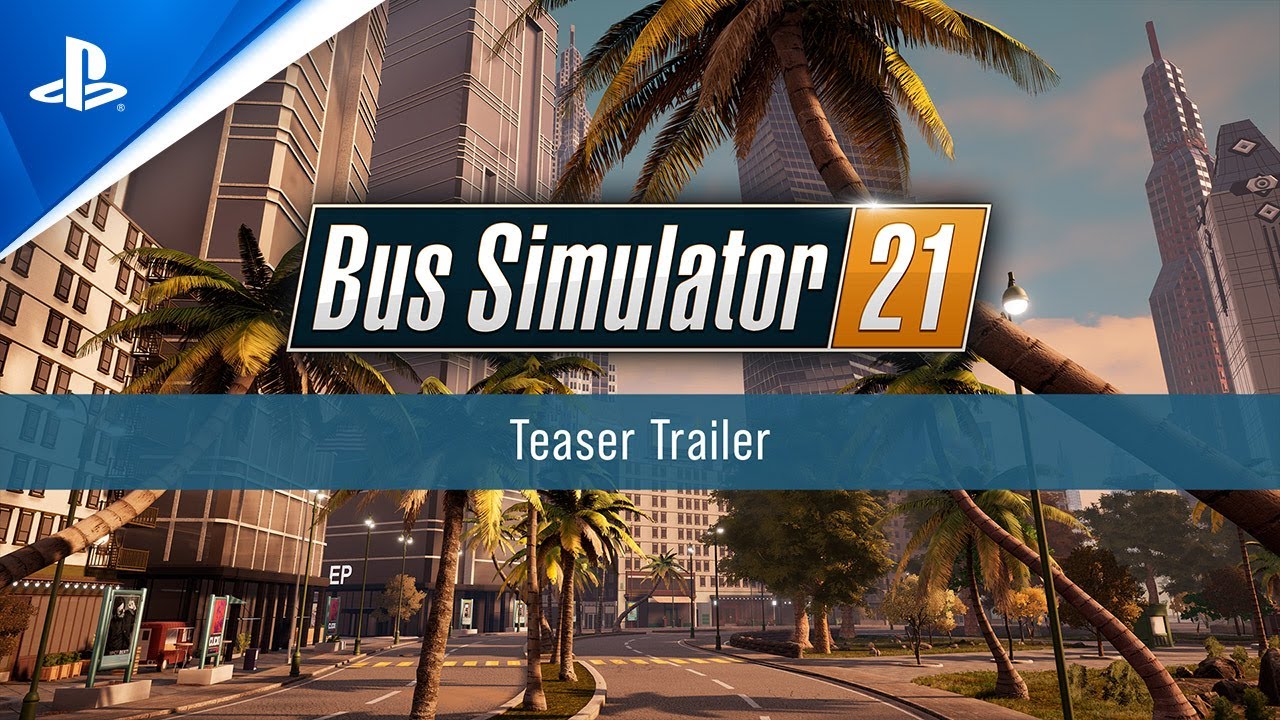 Hey bus drivers, today I’m happy to announce that the next installment of the popular Bus Simulator franchise is under development and will be released in 2021. Get ready to discover new bus brands and models, explore a brand-new open world set in the United States, and enjoy a host of fresh features that will make your life as a bus driver even more comfortable.

Look forward to the most comprehensive part of the series to date with an impressive number of officially licensed and faithfully modelled buses by world-famous manufacturers such as Alexander Dennis. We will reveal even more brands on our road to release with the months to come. Bus Simulator 21 will not only offer the most modern vehicle fleet, but also introduce a double decker and electric buses for the first time in the series.

Introducing a double decker was the next logical step to realize our vision of delivering the most comprehensive and modern bus fleet in the series. By evaluating our customer’s feedback from the predecessor, we found out that the majority of the players wish to drive a double decker. That’s why we teamed up with Alexander Dennis to implement the Enviro500 in the game. Adding a double decker to the game was definitely a challenge as we had to create new character animations (walking upstairs, moving around the bus while driving, slightly crouching as the second floor is a bit smaller in terms of height, pathfinding, and more). In addition, we also had to pay attention to designing the game world, e.g. the height of bridges and the road network to work with the new bus size.

With the Bus Simulator franchise we aim to deliver a relaxing feel-good experience. Following the European setting in the predecessor, we believe that sunny California is the perfect fit for this approach. Since our developers have attended GDC in San Francisco several times in the past, they already had the chance to feed their inspiration and capture material for reference. The San Francisco Bay Area offers a beautifully diversified playground featuring an impressive coastline, and interesting districts like Chinatown.

Explore the city of “Angel Shores,” a brand-new US-American setting, which finds its inspiration in the San Francisco Bay Area, or revisit Bus Simulator’s Seaside Valley including Kerststadt as well as Sonnstein from the Official Map Extension amplified with the new features.

Experience the everyday life of a bus driver like never before while making your rounds within the industrial district, the peripheral areas, downtown or lively Chinatown thanks to the new and even freer open world concept. We have enlarged the map and included way more possibilities directly within the game world instead of navigating through numerous menus. For instance, buying new buses is no longer handled exclusively by a menu but can also be done by traveling to the bus dealer, where the player can first try different bus models and then decide which one to buy and add to his fleet. So the player can choose and decide for himself which of the given options suits him best. We have improved the AI and added a host of side quests to offer more variety during the players’ everyday life as a bus driver. And last but not least, we have significantly enhanced the visual quality of the game allowing us to have true dynamic weather and a day and night cycle now.

The core gameplay has been significantly expanded, so that the player can now also trigger so-called paydays, adjust waiting times or focus on peak times and so-called bus loads. Furthermore, there is now the possibility that the player can take over NPC buses in the world or fast travel to certain points. However, he can still found his bus company, create routes, drive them, hire drivers, and connect the city by building up a local public transport network – just like in the predecessor, all of this is possible in both casual or simulation mode.

Play with your friends in the cooperative multiplayer game mode, drive the lines of your self-created route network and build up your team’s joint public transport empire.

The game’s sophisticated management systems will offer more freedom, numerous new and expanded features and, for the first time, the option of setting up detailed timetables for your own bus fleet. If you are a pure bus driving enthusiast who prefers to drive instead of taking care of the micromanagement of your company, you can rely on the smart AI to handle all the planning tasks for you.

Bus Simulator 21 will deliver the most extensive bus driving experience yet. We cannot wait to release the game in 2021 and welcome your bus company in Angel Shores.