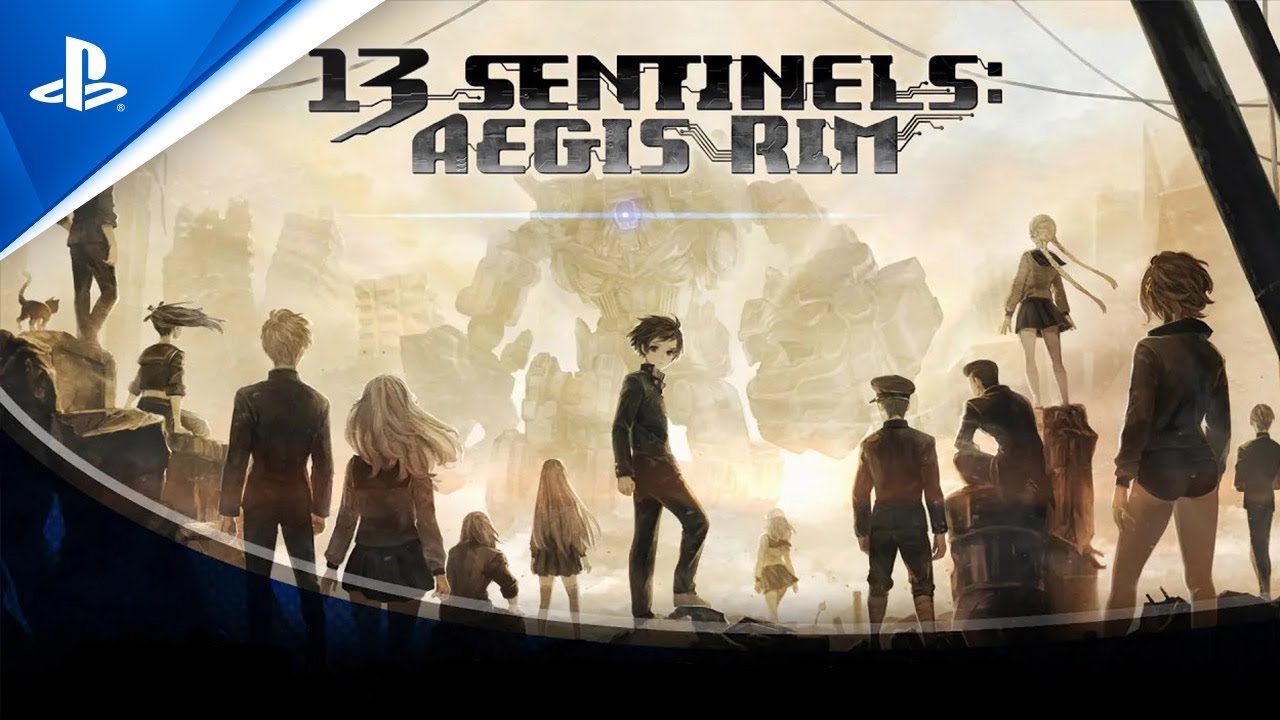 Pre-order the game now from PlayStation Store for a Digital Artbook.

One look at Dragon’s Crown or Odin Sphere and it’s obvious that the defining characteristic behind Vanillaware’s games is the painterly art style, beautiful backgrounds, and characters so realistically animated that they feel like they’re breathing on screen. Vanillaware’s upcoming sci-fi epic, 13 Sentinels: Aegis Rim, is no different! So, how does Vanillaware do it? 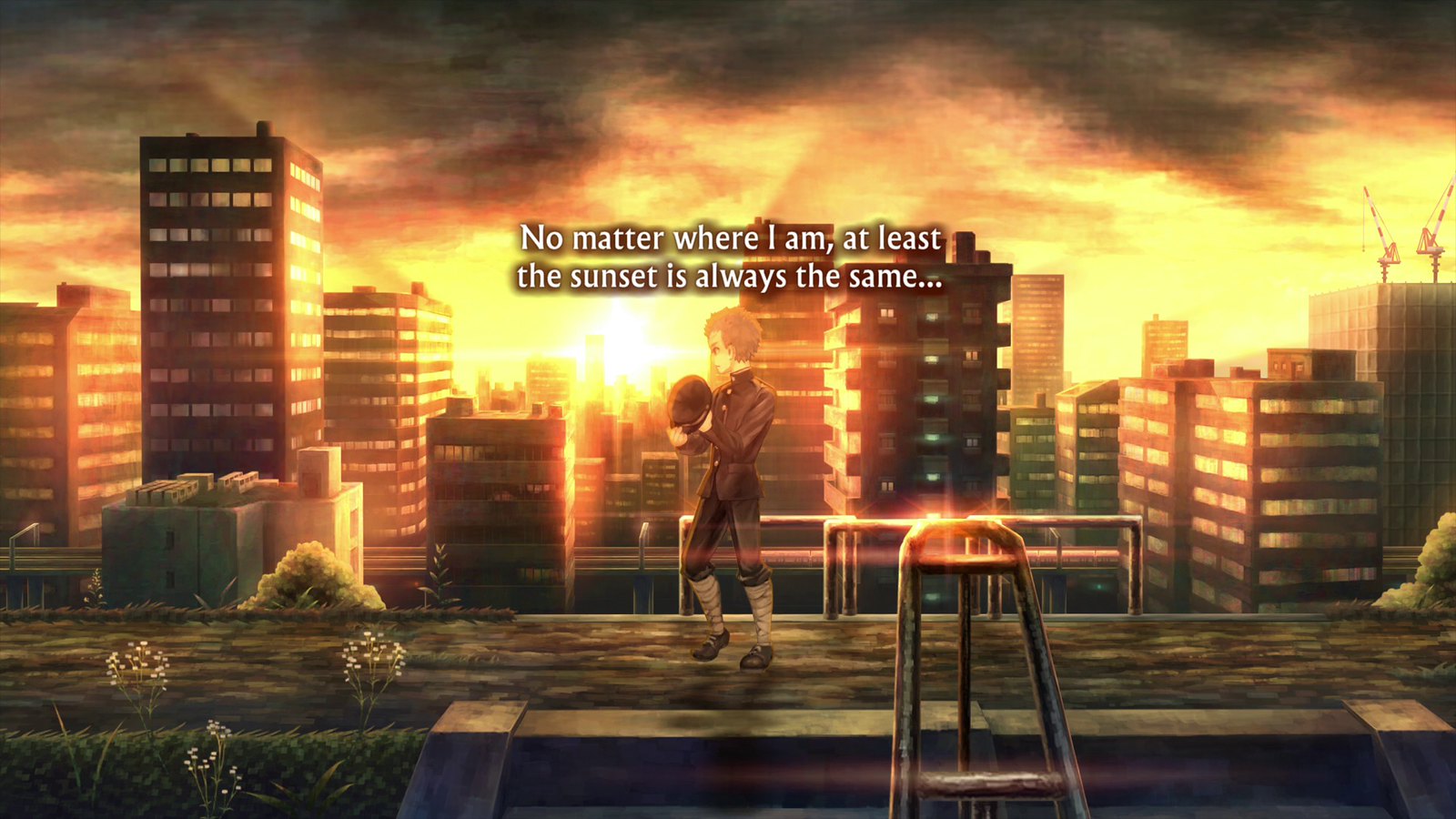 Arianne Advincula: Compared to previous titles, 13 Sentinels: Aegis Rim has a completely different setting, in metropolitan Japan. The backgrounds are so beautiful and detailed, it really feels like you’re in Japan! What would you say are the defining visual characteristics of this game?

Akiyasu Yamamoto: As someone who’s worked very closely with the Vanillaware staff watching the creative process unfold, one challenge that particularly stood out to me early on concerned the visuals. Unlike previous games set in more medieval fantasy worlds, this one takes place in a more modern world composed of concrete buildings, which at first glance lacked the vibrance and life of past settings. After trying several methods, the answer we reached was an approach where we leveraged the light sources in each scene for atmospheric effect, like the sunset and the city’s neon signs. 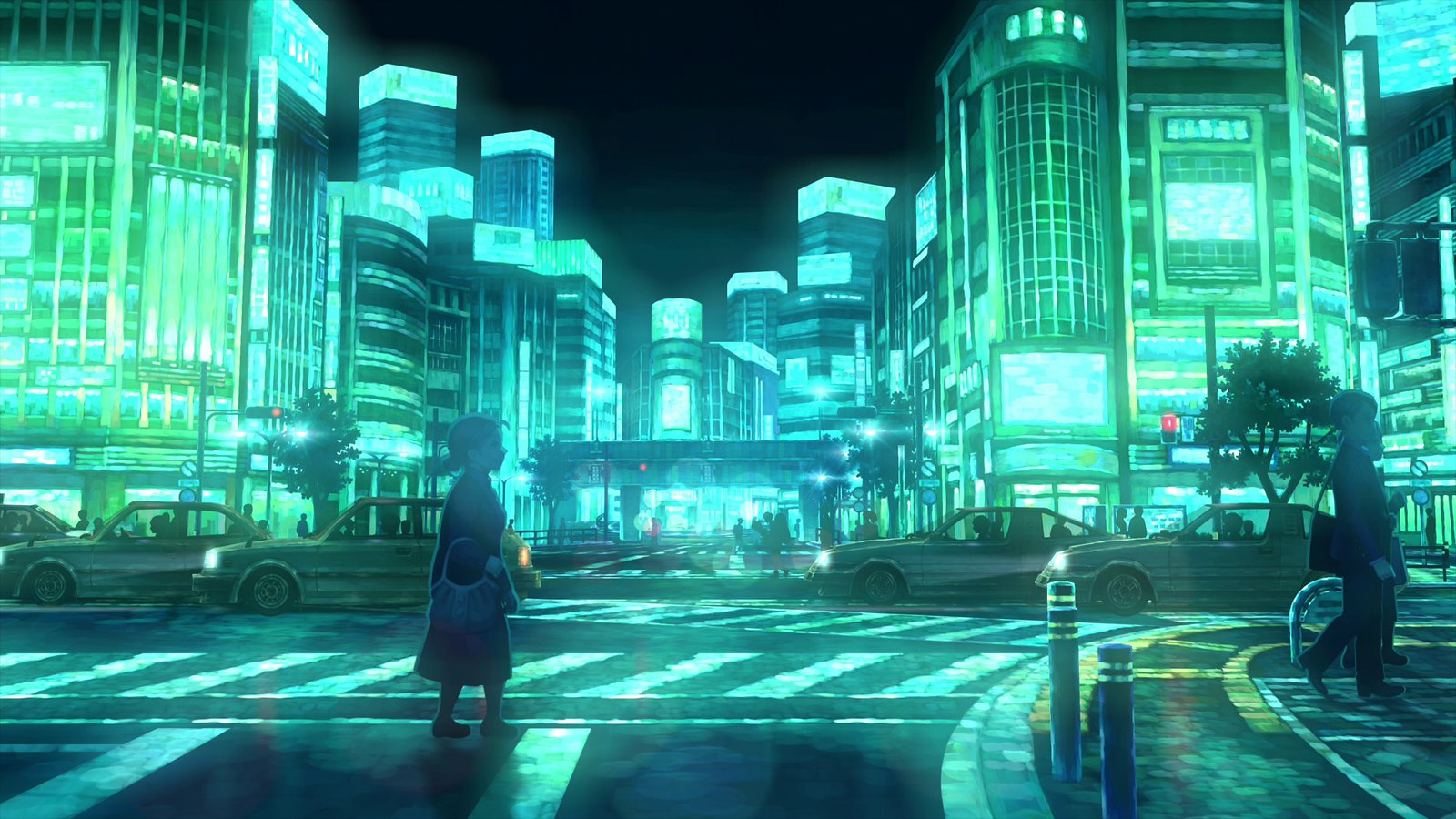 AA: Within this new approach that redefined what Vanillaware games could be, what was something that you felt the team was able to achieve with this title?

AY: Much like in our previous games, the camera’s set in a fixed perspective to recreate the feeling of watching a theatrical performance unfold. But by placing objects within a layered three-dimensional space and incorporating strong backlights to add a sense of depth to the scene, I feel we not only achieved a very unique style for our background art, but also created a very effective, thematic storytelling device that ties the story paths together through underlying feelings of nostalgia and longing. 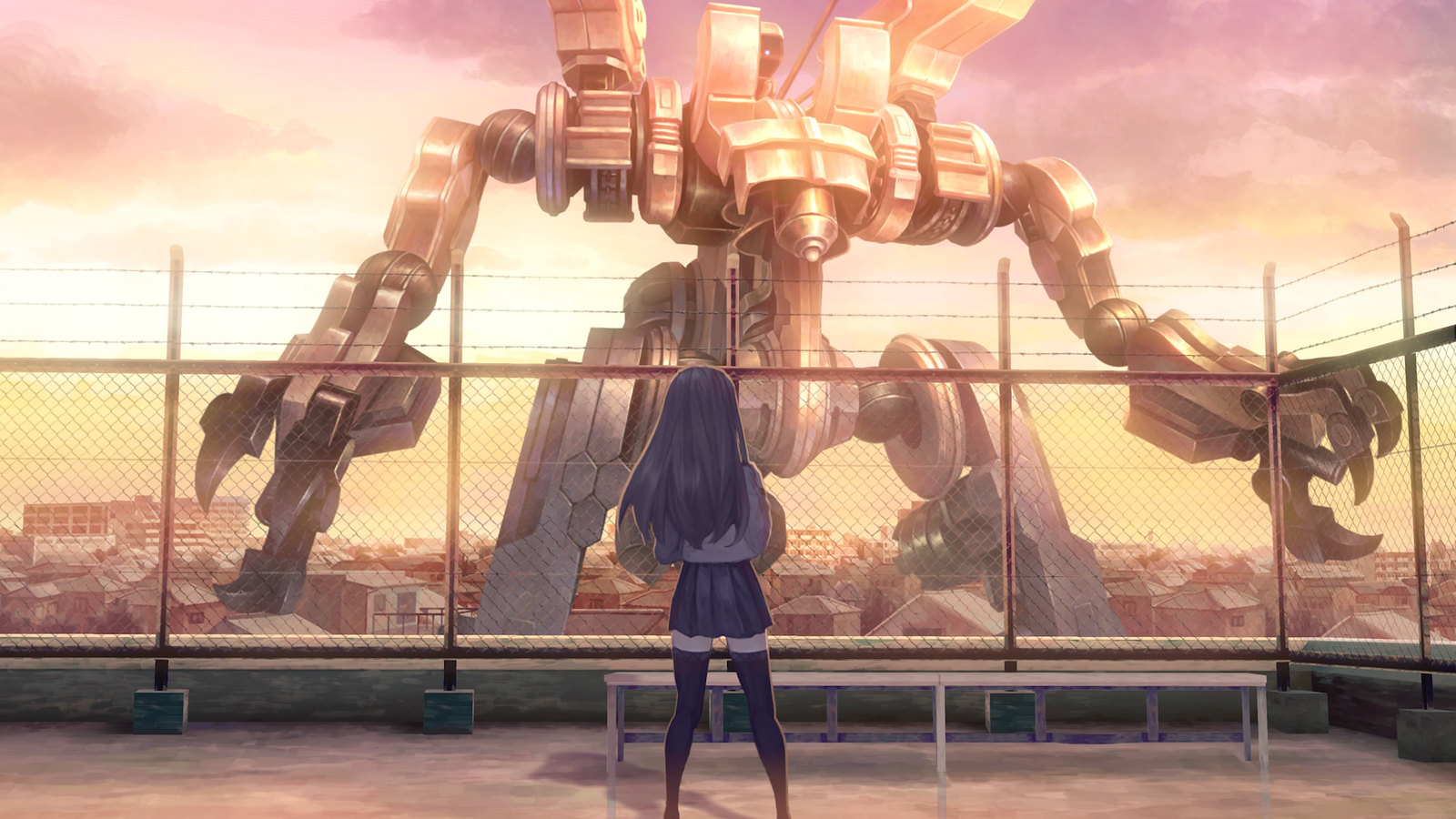 AA: This is the fifth Atlus X Vanillaware title released on PlayStation. Vanillaware is known for their 2D art style, but how would you from the Atlus team, describe what drives their artistic vision?

AY: Atlus’s partnership with Vanillaware began all the way back in 1997, when Princess Crown released on the Sega Saturn. That game, created in 2D, was released during a time when 3D polygons were seen as the future of gaming. Thanks to the love and support from fans of Princess Crown, we were able to release Odin Sphere on the PS2 in 2007.

Since Odin Sphere, Atlus and Vanillaware have always had the shared belief that we need to be strategic about what elements of the game we want to focus on and polish. We lack the manpower and resources that most AAA titles have in the West, but we don’t want to lose the mindset behind our work: we simply want to create games that we, ourselves, would want to play. I think our current partnership was born out of these shared ideas.

AA: I loved Odin Sphere, so this is definitely another Atlus X Vanillaware game I don’t want to miss out on. Thank you for your time and this insider’s look, Yamamoto-san!

AY: Of course. Creating 13 Sentinels: Aegis Rim was, in a way, a new frontier and a creative challenge for Atlus X Vanillaware, and something totally different from our previous titles like Odin Sphere and Dragon’s Crown. It’s based on an ambitious idea we had where we thought, “How great would it be if we could replicate that feeling of solving numerous mysteries while finding answers in a whirlwind of information, like in Western thrillers… but in a game?” I hope many players in the West can experience this unique title, and share the joy of playing it all throughout the world.

I also wanted to mention that this title was recently nominated for the Media category for the “Seiun Awards,” which many consider to be the Japanese equivalent of the Hugo Award/Nebula Award. I think many people consider this game one of the hottest works of contemporary sci-fi in Japan right now. To those who love American TV shows like we do, those who love games, and those who love sci-fi, we hope you can try 13 Sentinels: Aegis Rim, and make it a global sensation that truly transcends borders. Thank you so much for all your love and support!

You can get a closer look at 13 Sentinels: Aegis Rim’s art yourself when you digitally pre-order the game from PlayStation Store! This will give you access to an exclusive, digital artbook filled with gorgeous, high-definition character art at launch. 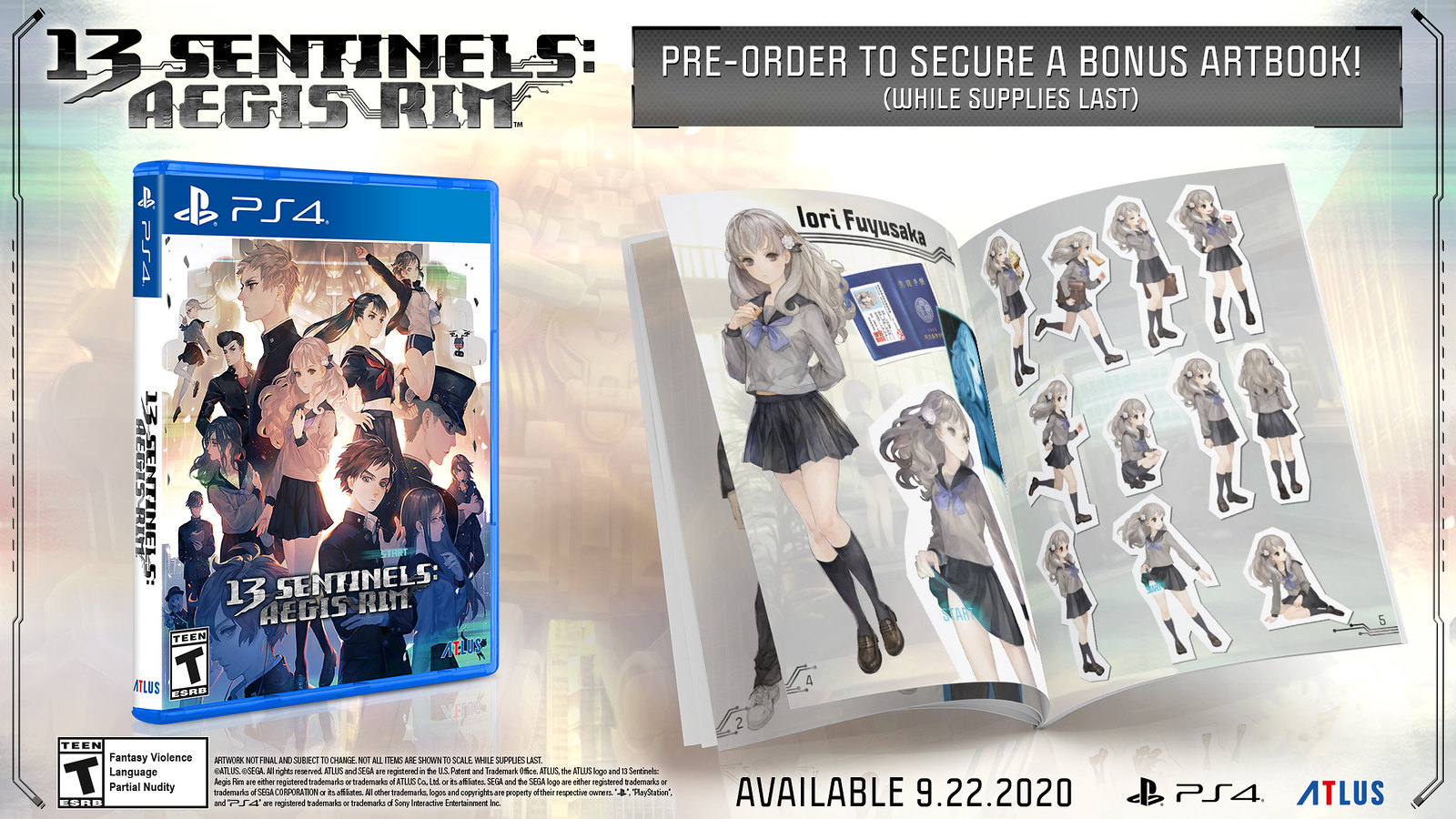 13 Sentinels: Aegis Rim releases on September 22 for the PlayStation 4! Check out our latest Doomsday Trailer here: