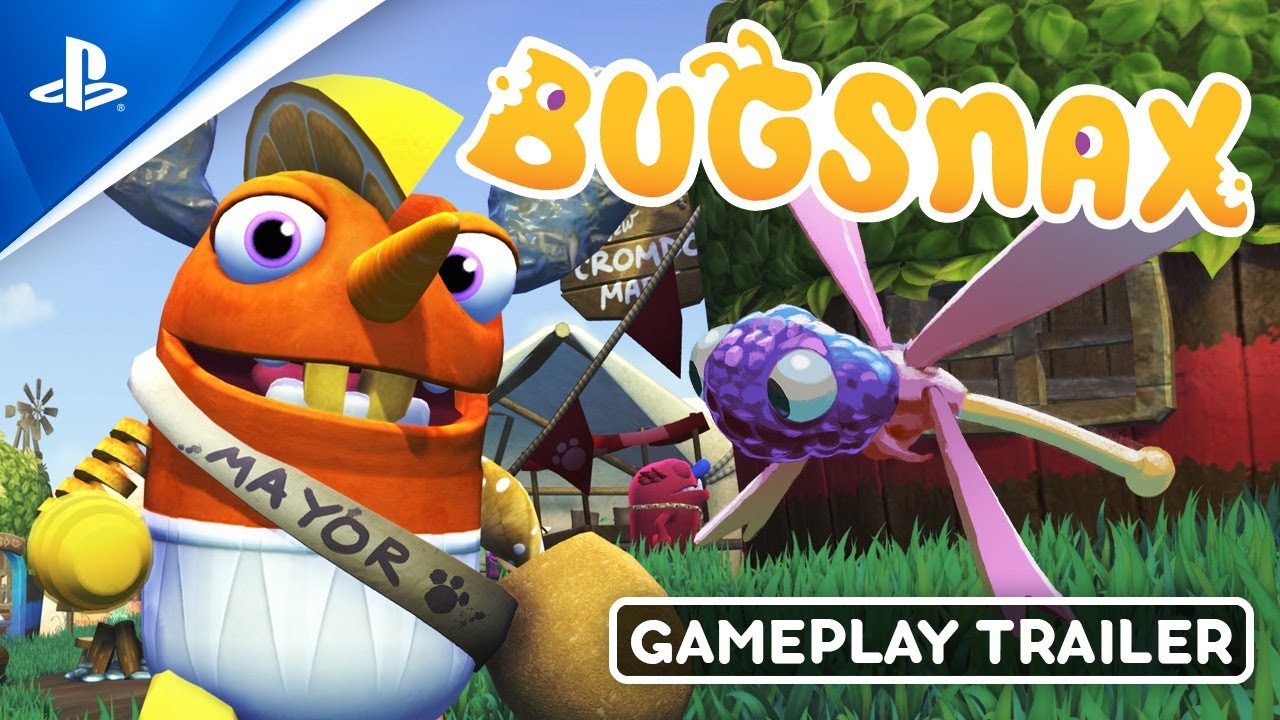 Deploy Traps, catch Snax, and learn facts to solve the mysteries of Snaktooth Island, this holiday.

Wow, you all have REALLY been talkin’ bout Bugsnax. We’ve had a fantastic time listening, watching, and reading everybody’s reactions to the game since our announcement, and it’s been so fun seeing people theorize and wonder what the heck Bugsnax is. As we get closer to launch on the PlayStation 5 and PlayStation 4 this holiday, we wanted to show you a bit more about what you’ll be doing in our snak snatching, sauce splattering, mystery solving video game!

In June we presented you with 3 important questions:

We’re excited to announce we won’t be answering any of those!

However, what we will tell you is that Bugsnax is a first-person adventure game where you must solve the mysteries of Snaktooth Island by observing, hunting, and capturing Bugsnax using an advanced array of Snak-catching traps you’ll discover on your journey. Shortly after arriving on the island and encountering Filbo Fiddlepie, the well-meaning interim mayor of Snaxburg.

You’ll explore Snaktooth Island, meet the rest of the cast of furry puppet-like Grumpuses, who each possess clues to the puzzling disappearance of Elizabert Megafig. Each one of these eclectic characters has their own story to tell; they’ll require a little persuasion, often in the form of their favorite Busnax that you can help catch for them and yes, feed to them. Only then will they really open up to you, agreeing to interviews so you can learn more about these curious creatures called Bugsnax, and discover why each grumpus decided to join Lizbert’s expedition.

Hopefully this sheds a bit of light on Bugsnax while also introducing a bit more intrigue!

In addition to working on getting gameplay into the wild we’ve also been working with Kero Kero Bonito on a full official release of the definitive Snak-based song of the summer “It’s Bugsnax!” You should be able to find that on most streaming and music store services now!

Thanks again for your overwhelmingly enthusiastic reaction to our game, we can’t wait to share more and look forward to you all encountering what’s awaiting for you on Snaktooth Island on this holiday.