Get your hands on the popular strategic competitive auto battler game.

Since the launch, Auto Chess has had significant influence all over the world with its novel gameplay and strategic competitive features. It has also attracted tens of millions of players around the world. Each player can play with other players from different countries over the online chessboard and enjoy a brand-new gaming experience.

In 2019, Auto Chess has won plenty of rewards including GooglePlay’s Best of 2019 Award in 17 countries and regions, Apple App Store’s The Pioneer of New Gameplay of the Local Game in China, etc. 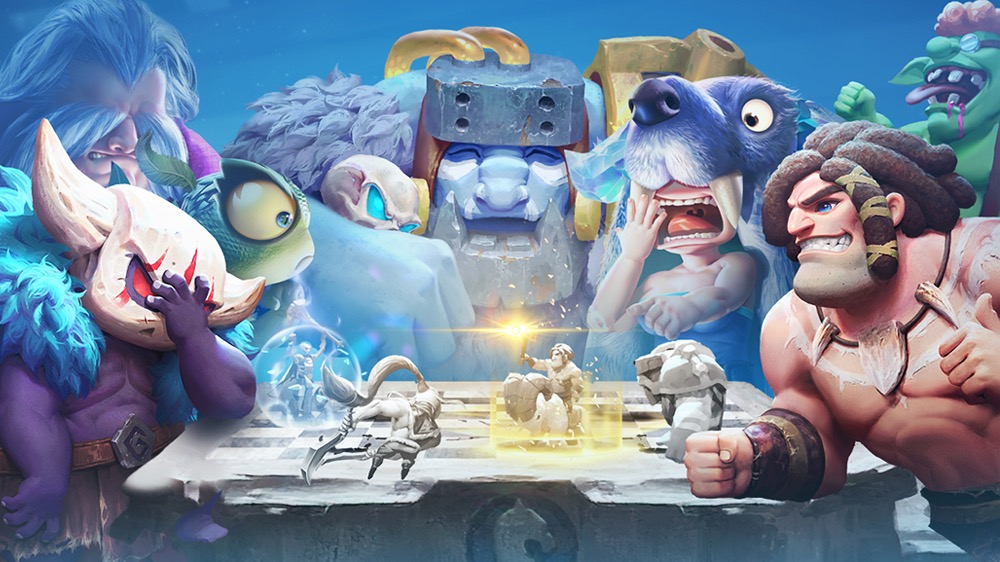 The game has multiple modes including Casual Mode, Ranked Mode, Fantasy Mode, Quick Mode, etc. with nearly a hundred pieces of different styles and tactical features for you to choose from.

At the same time, you can also freely choose to switch the chessboard to change the battle scene of each game. The style is changing along with your ideas.

Develop strategies in order to deploy the ideal chess piece army to defeat the other players in the lobby. You use the chess pieces from a shared pool to create your own lineup, and then they enter the battle phase and fight each other automatically. You will be facing against seven other chess players during each match, while defending your own chess board.

In order to form a lineup, your first step should be to strengthen your pieces. Since the pieces in the game have class synergy, and are divided into 1-star, 2-star and 3-star tiered units, you need upgrade your chess pieces’ level. The rule of upgrading is usually “3 for 1”, which means three 1-star pieces can be combined into one 2-star piece. Three 2-star pieces can be combined into a 3-star piece. Pick your favorite chess pieces in the Store and try starring them up!

To defeat your opponent, you also need to achieve the maximum profit with the lineup. In addition to star levels, chess pieces also have the race and class synergies. Different chess pieces with the same race or class will trigger the corresponding synergy which help to make your chess pieces stronger and more powerful. As more and more chess pieces enter the battlefield, the player can overlap synergies, and create their own unique chess lineup.

In conclusion, this is a strategic competitive game that will bring you a completely fresh experience. We can’t wait to bring it to PlayStation 4 for you this October! At the same time, we will also prepare new game versions and various PlayStation exclusive items as a mysterious surprise for everyone, let us look forward to it!