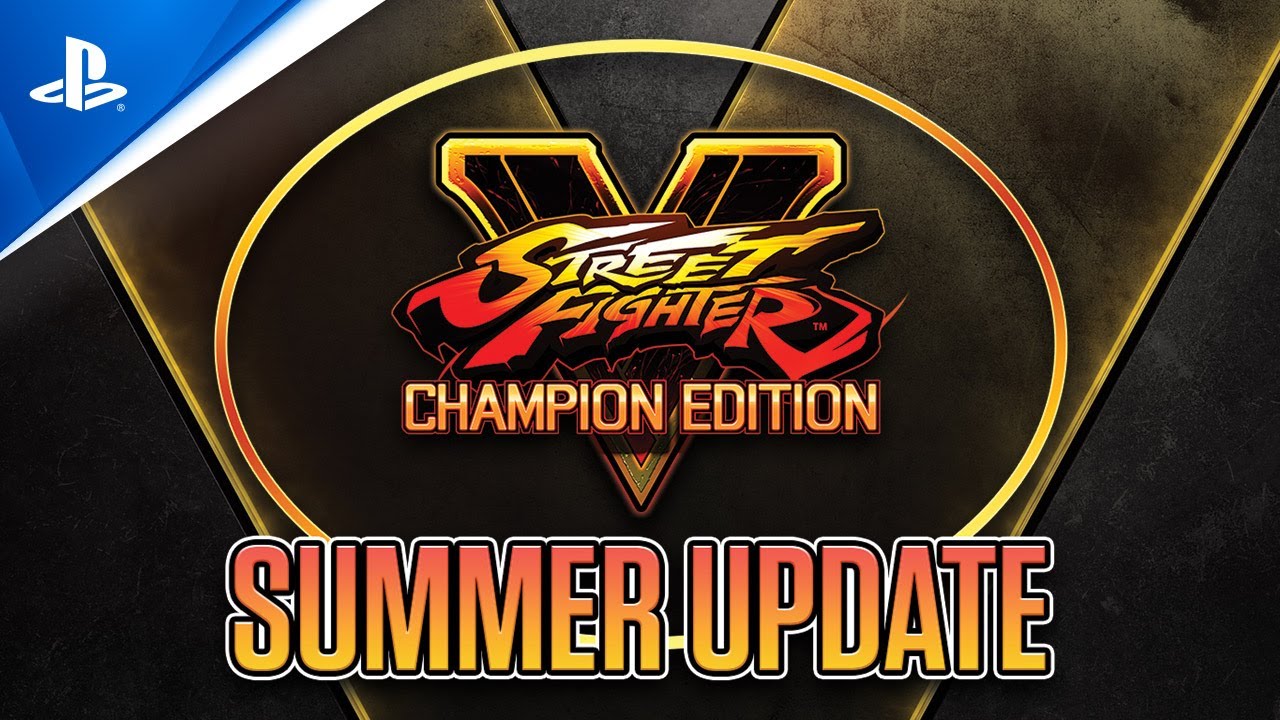 Dan, Rose and Oro heading to Street Fighter V, along with a surprise guest from Rival Schools!

Hey there PlayStation Nation! We hope you are all doing well and staying safe out there, and want to thank you for all the support you’ve given to us with Street Fighter V over the years. Today we’re excited to reveal upcoming content for Street Fighter V: Champion Edition with the “Street Fighter V Summer Update!”

We know you’ve all been waiting for info on new content coming to Street Fighter V: Champion Edition. We appreciate your patience, and we hope you’re all as excited as we are about these new additions to the cast! Now that you’ve seen the video, let’s dive in to the characters that were revealed today with the help of the SFV Dev Team!

Could some of his unique taunts and antics be tied to his V-Skill or V-Trigger? The SFV Dev team has more on Dan:

Dan has always had a dominating and unique fighting style with the “Saikyo-ryu” style and his trademark “Taunt.” He’s also known for his quest to avenge his father, Gou Hibiki, who was defeated by Sagat. You may have spotted his sister, Yuriko Hibiki in the in-game store!

Dan’s new special move is “Danretsuken,” a multiple punch attack which debuted as one of Dan’s moves in Ultra Street Fighter IV’s Omega Mode. Finally, Dan’s “Taunt” has evolved, making it much more useful in battle!

We look forward to showing you more in the future.

Rose has made multiple appearances in Street Fighter V – notably in Menat’s story. At long last, she’ll be playable in SFV in Spring 2021! Here’s some info on Rose from the SFV Dev team: 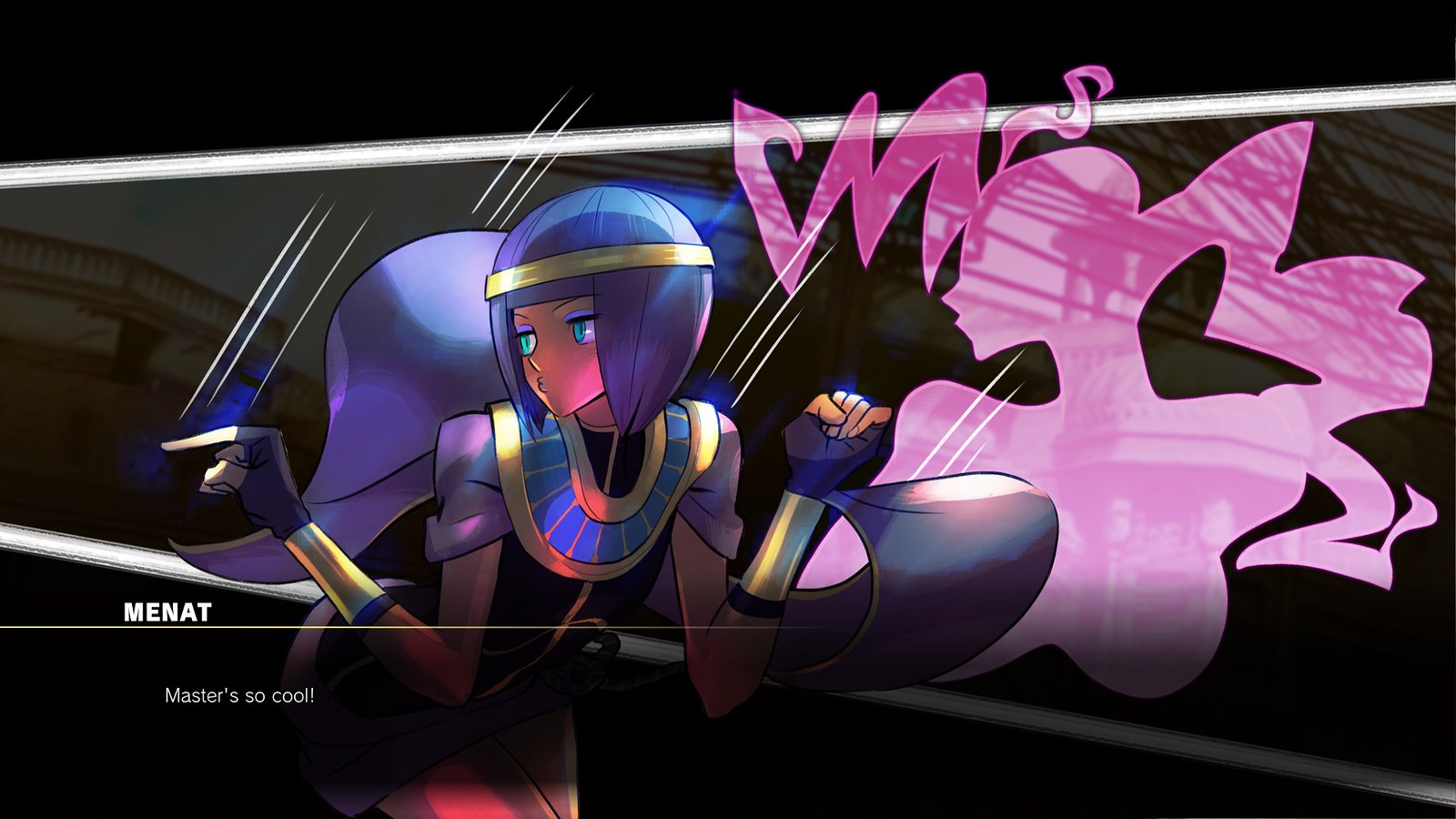 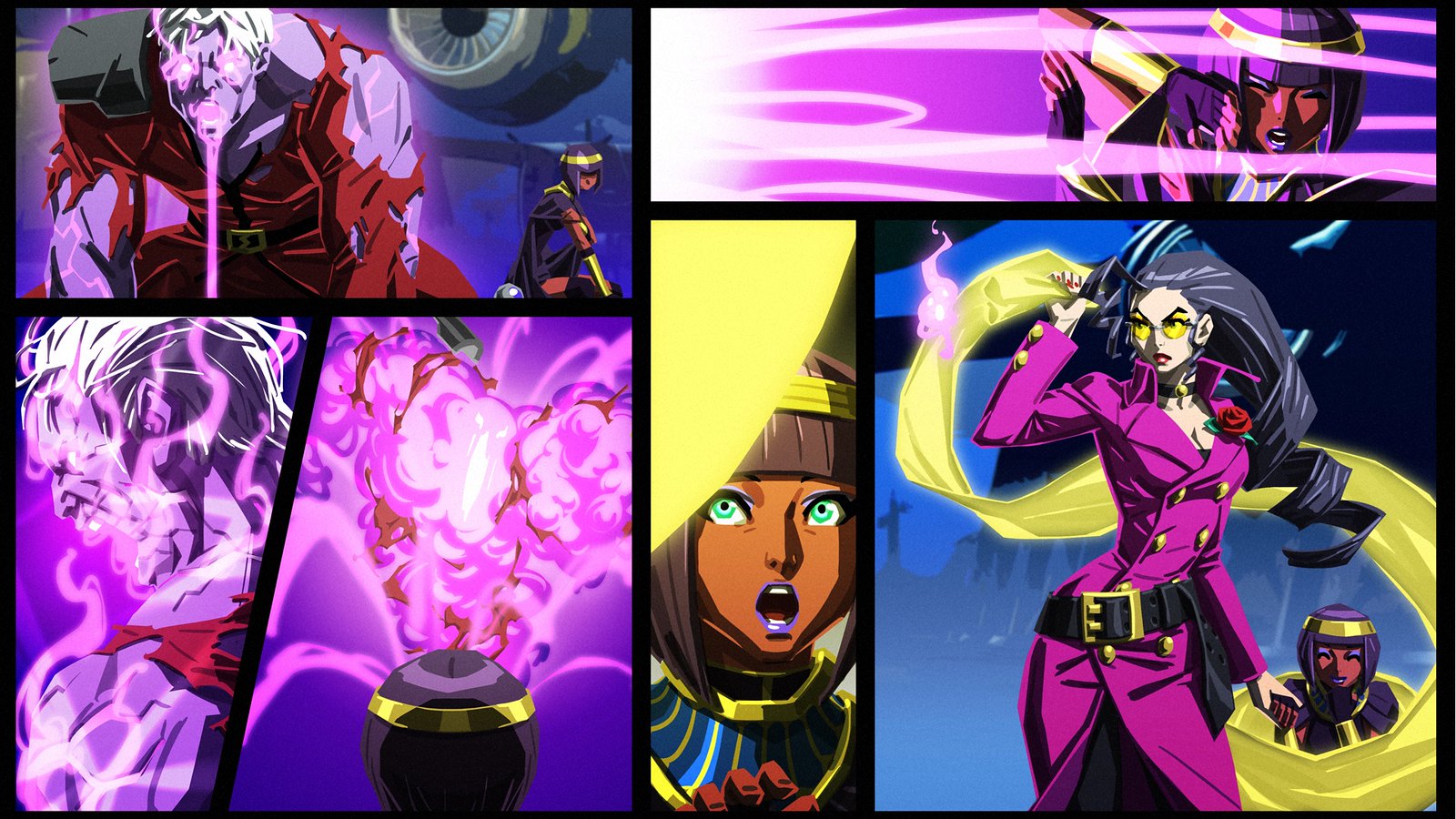 Her fighting style was originally designed to have strong anti-projectile and anti-air attacks. Please look forward to how she has changed for SFV when she’s added to the game in the future! We also remember that the Soul Satellite was pretty strong back in Street Fighter IV, so please tune in for more information on that as well!

The mysterious hermit with superhuman strength, Oro makes his long-awaited comeback in Street Fighter V next summer! But, he’s already been around for a while, hasn’t he? Have you noticed Oro making appearances in Street Fighter V? Quick note from the SFV dev team: Oro’s age is over 130 years old and, apparently, he refers to Dhalsim as “Youngster.” 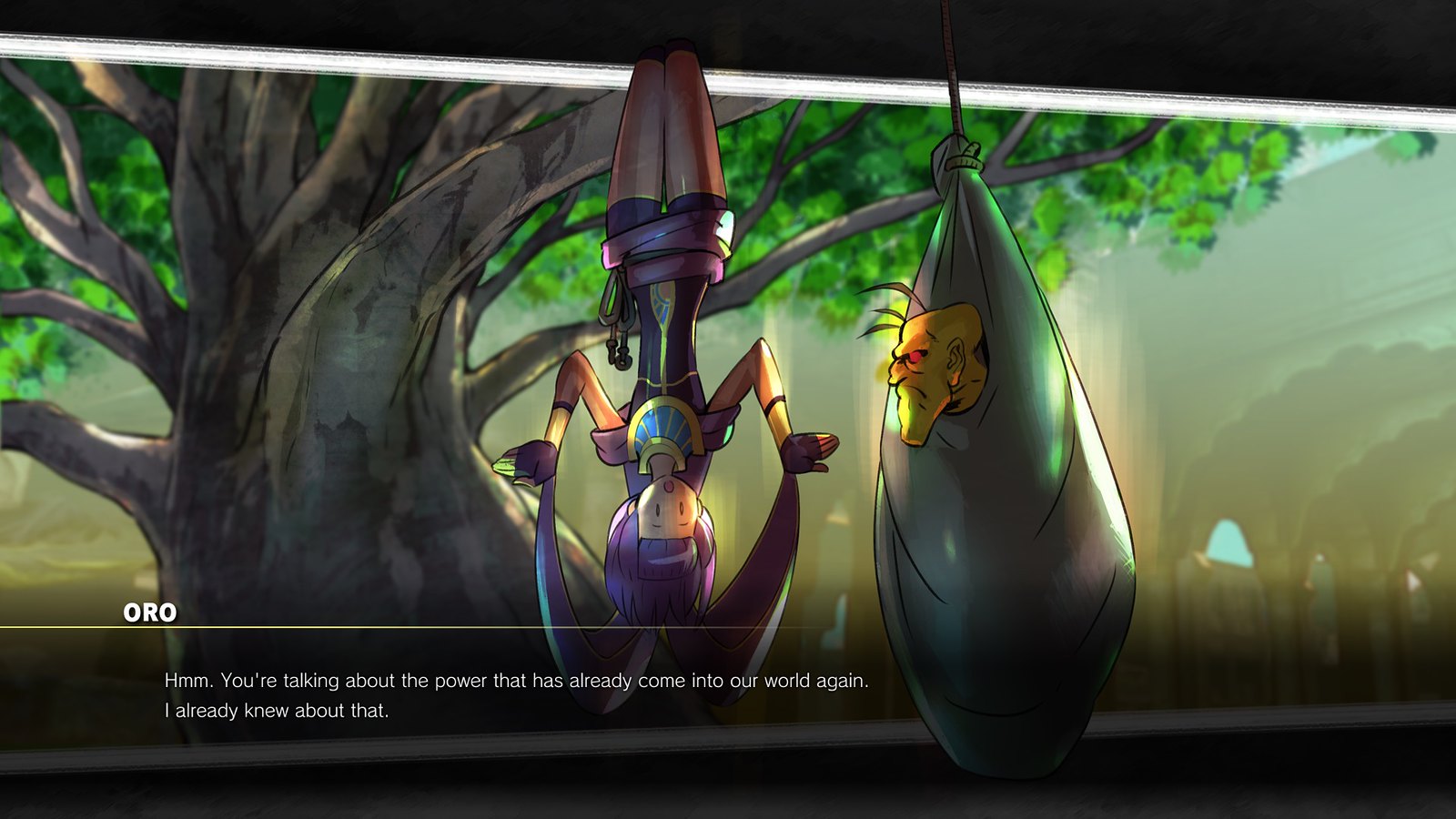 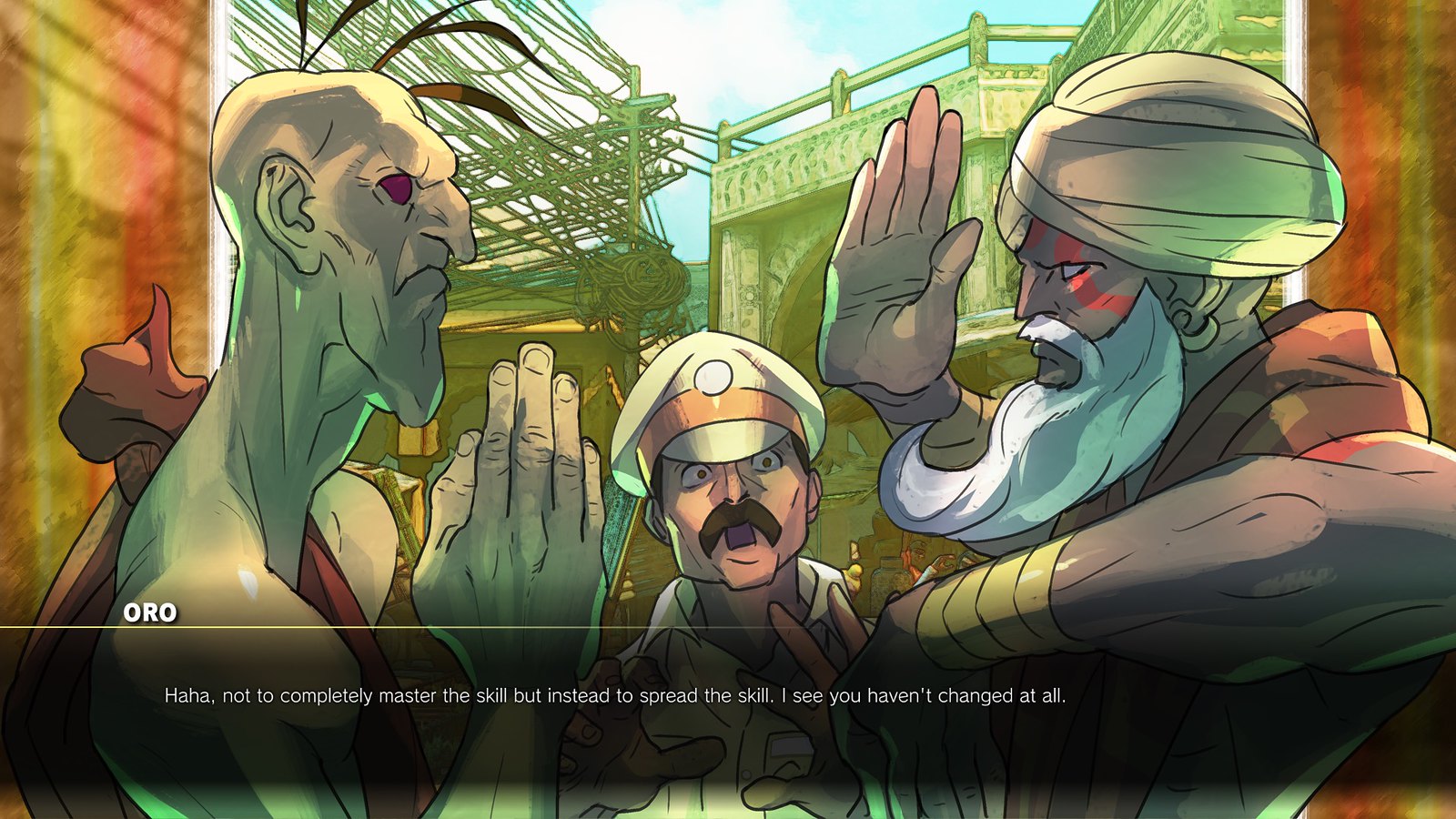 Oro originally appeared as a brand new character in Street Fighter III: New Generation, and quickly became a fan favorite. With one of the most unconventional playstyles in Street Fighter history, Oro uses only one of his arms to fight by utilizing various unorthodox attacks, including balls of light and pulling rocks from the ground to orbit around him as a shield. Although you can see he has both arms out in this sketch, one of them is holding… a turtle! This is actually a part of Oro’s fighting style, as he challenges himself to keep the turtle in his hand balanced during the fight. How will this affect his moves in Street Fighter V? We’ll find out soon enough!

Did we catch you by surprise? We’re thrilled to share that the fourth character in Season V is Akira Kazama from the Rival Schools series! This will be Akira’s first appearance in a Street Fighter game, but it’s not her first foray against members of the Street Fighter cast. Akira has previously faced off against Sakura, who appeared as a guest character in Rival Schools: United by Fate. A quick note from the SFV Dev Team:

We are currently developing Akira so that we utilize Rival School’s originality as well as incorporating new ways to play. We can’t wait to share more on how Akira’s playstyle will evolve for Street Fighter V!

In addition to the four characters we’ve announced today, there is one final character that will be added to the star-studded SFV roster. We will reveal more information when we are closer to that character’s release in Fall 2021! 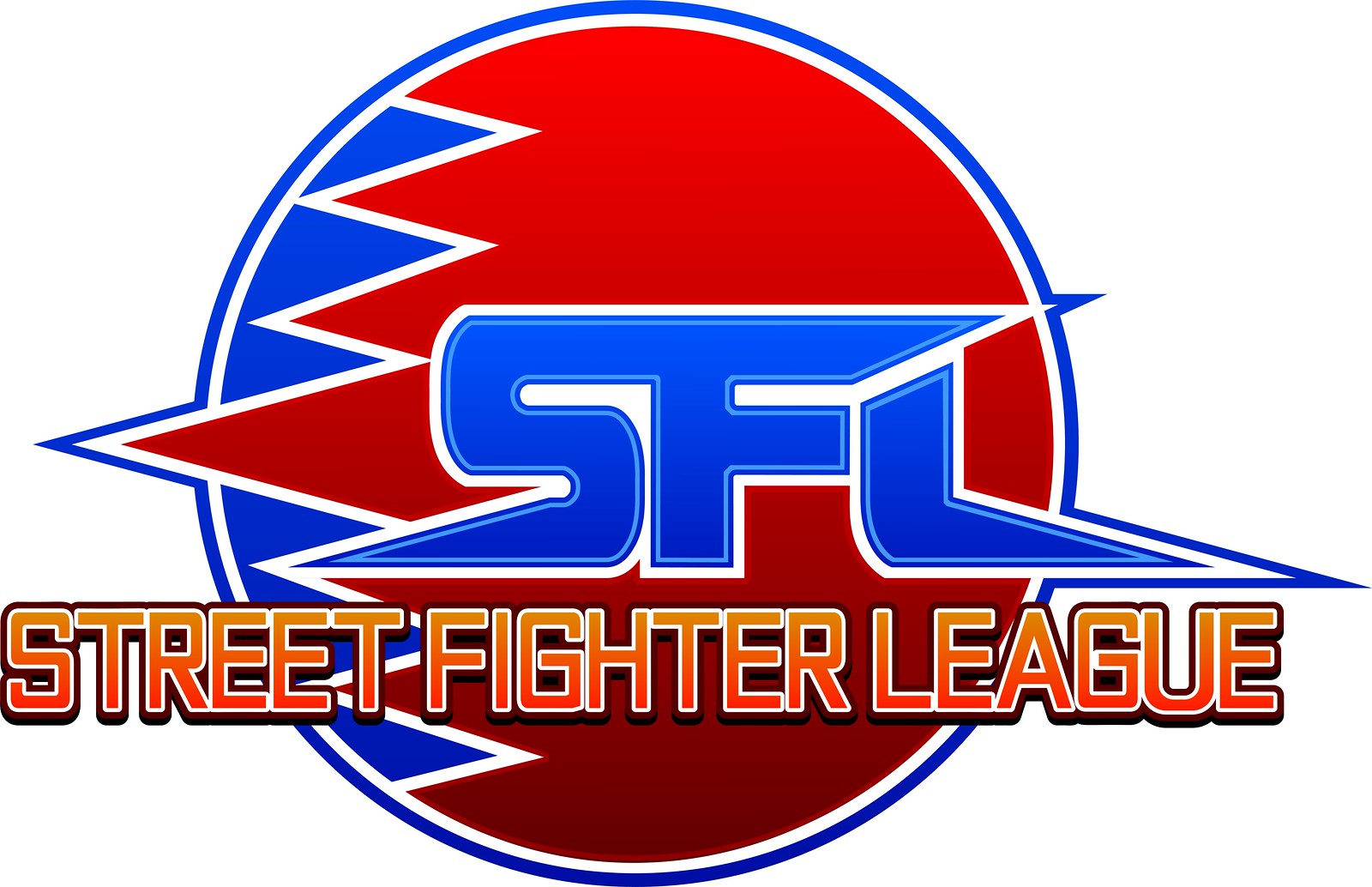 We’re excited to announce that we will be extending Street Fighter League to a global scale in its third season, bringing the best of the best around the world to compete! We’ll have more info to share in the near future, so stay tuned! For now, please check out the new trailer below.

For aspiring fighters out there, we are holding a Free Trial on PS4 going on now through August 19. All 40 characters will be available during this trial, so it’s a great chance to try them all out and find a favorite!

Street Fighter V and Street Fighter V: Champion Edition are also currently on sale on PlayStation Store! Now’s the perfect time to begin your journey towards ruling the ring! 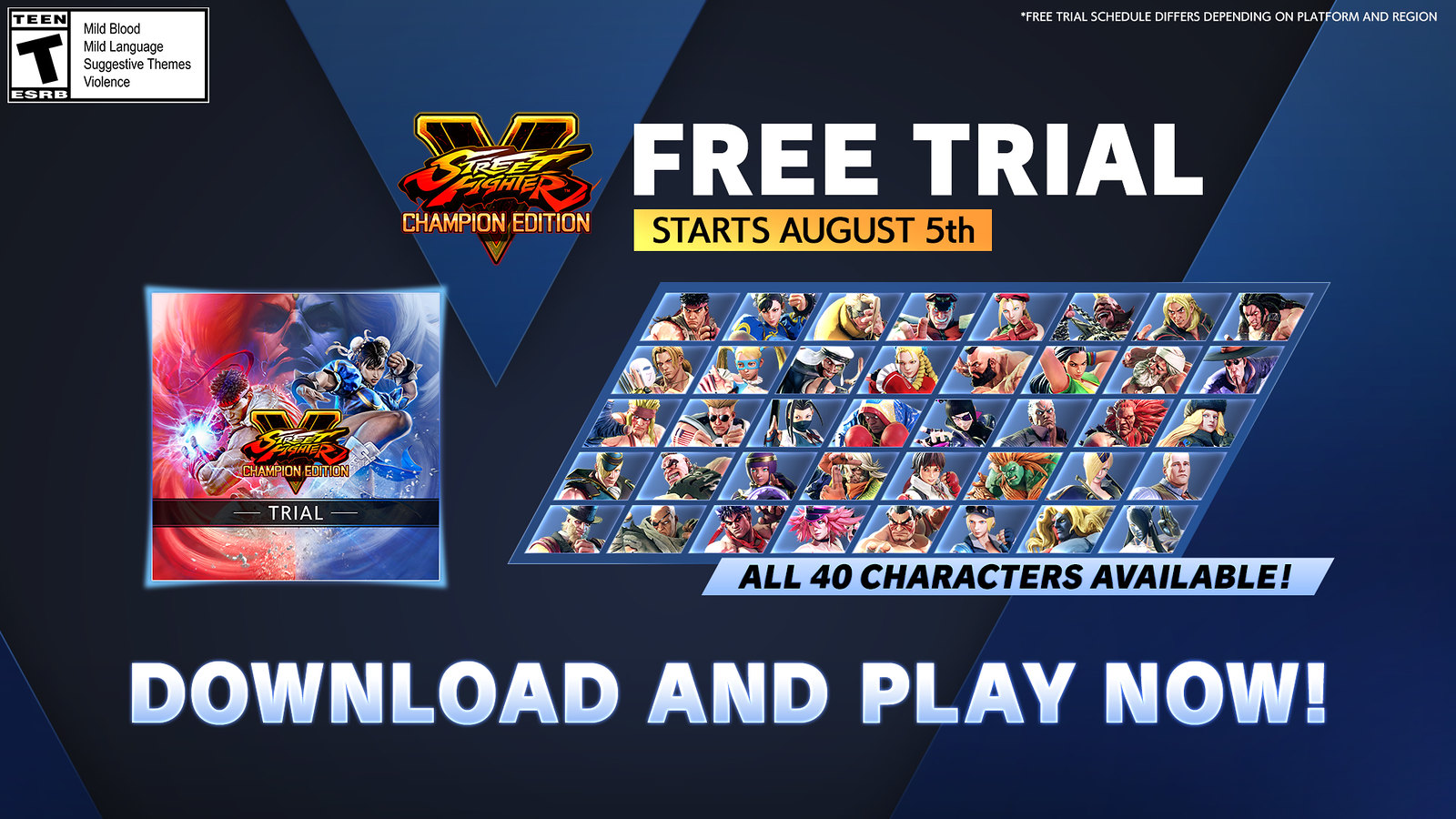 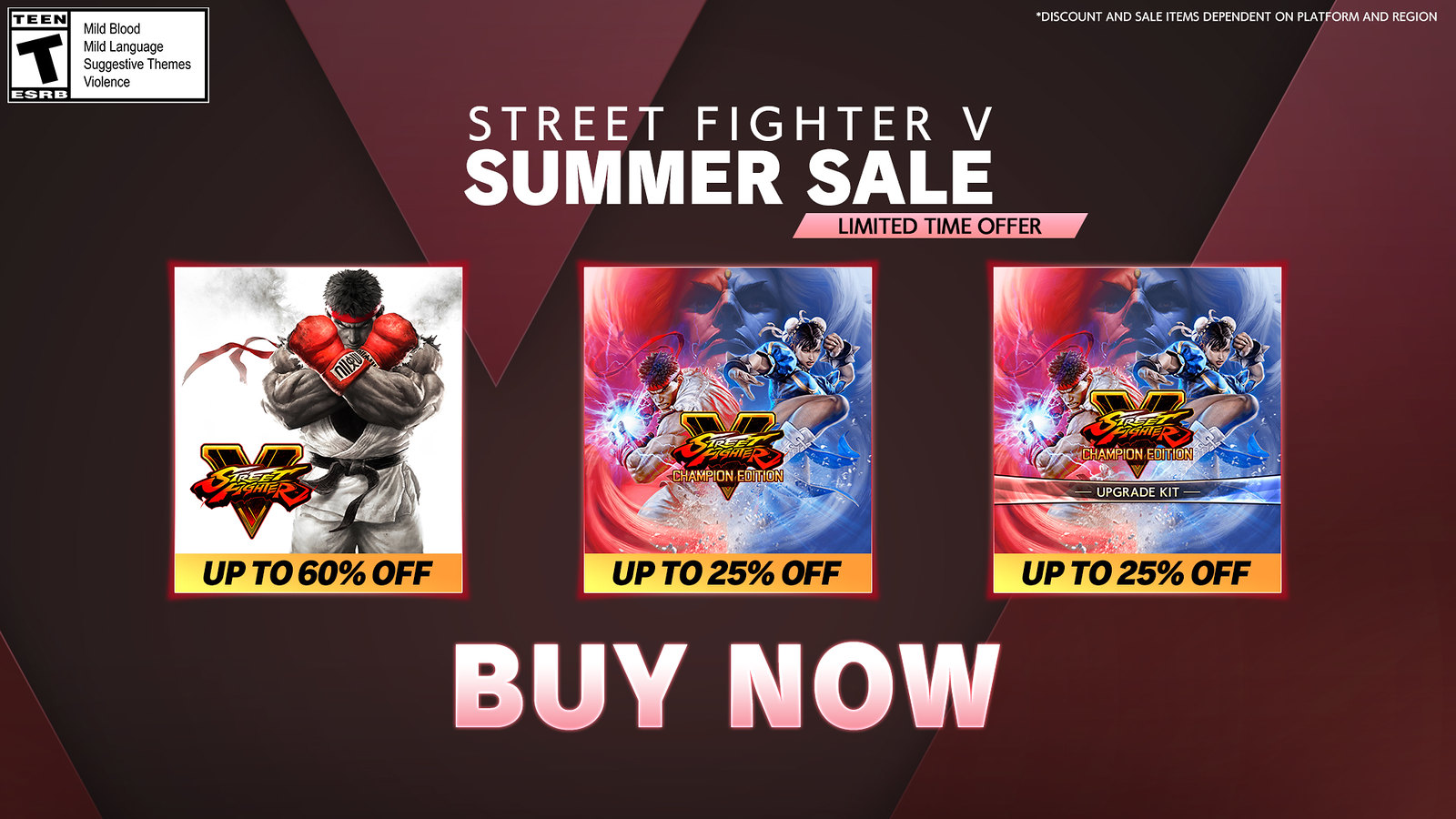 Once again, we want to thank all the fighters out there who have supported us over the years, and we hope you’re as excited as we are for all the new characters and content coming in Season V. For a full rundown of all the content and release schedule, here is our latest development roadmap: 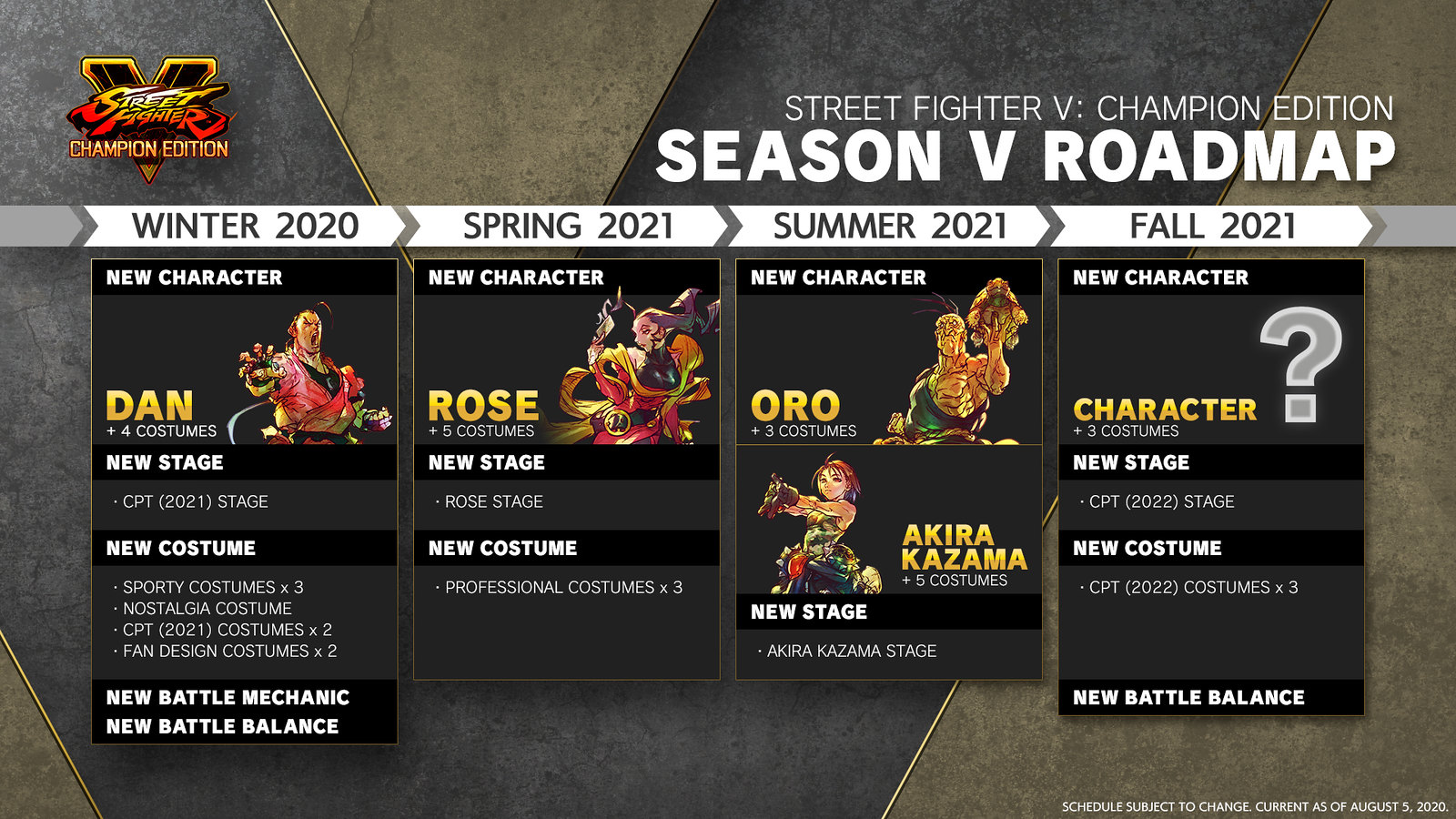