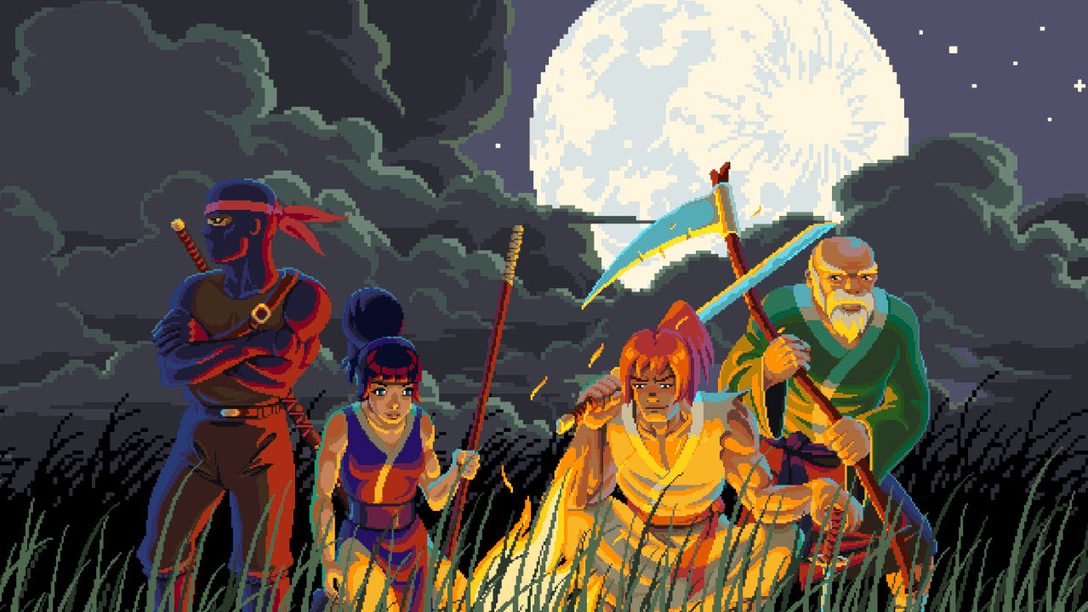 How ‘80s classics and action games of the 2000s inspired this retro-themed beat ‘em up.

It was 2014 when I decided to take things more seriously. I’d just made my debut in the mobile gaming arena. Yet while my title had been financially successful, I didn’t feel any creative satisfaction. I decided that had to be the driving force of my next project. I looked to my childhood for inspiration.

As a child of the ‘80s, I was born into the flourishing video games industry. From the 8-bit computer days to the golden arcade era, I played so many masterpieces now considered timeless classics. The ‘90s saw college life beckon and so I missed much of what that decade’s worth of gaming had to offer. It wasn’t until the early 2000s that gaming returned to my life and two games that would leave a lasting impression on me and serve as inspiration for what I would do next: Ninja Gaiden and God of War.

The former perfectly captured the feeling of being an ever-agile warrior ninja. The latter impressed upon me the thrill of a great combat system. (I can proudly say that I completed its various incarnations at the highest difficulties.) Flash back to nearly 10 years later and the plan was clear: create a beat ‘em up/brawler hybrid. It’d perfectly reflect the new slogan for my company: “games for the future from the past.” Easy to grasp, yet deep, gameplay. A slick, modern pixel look. Co-op to enjoy the adventure together with friends either in the same room or in different parts of the world. And a catchy name: “Clan N.”

Inspired, I set to work. I hired people to help with the visuals as I knuckled down to code the game and work on designs. Yet I quickly hit roadblocks. With everyone working remotely, we struggled to keep the same hours and additional delays from all sides meant the project quickly lost momentum. And around the same time, I became ill, the fallout of years of poor diet and heavy smoking. Progress on the project came to a complete halt.

The road to recovery took three long years. Yet with my health restored and a changed, much improved lifestyle in place, I had renewed focus. I gathered my courage and decided to make a fresh start on Clan N.

It was one of the best decisions I’d made. I quickly found a new partner who’d work on the visuals and whose work rhythm gelled harmoniously with my own. We met, sometimes even delivered early on deadlines. Productivity surged and a near-discarded project is a game that will launch on PS4 next week: August 6.

So, what has this little project called “Clan N” become? It still captures that original vision: a beat ‘em up/brawler hybrid which combines classic arcade gameplay with modern day flourishes. Tight controls. Attacking and throwing shurikens feel so satisfying as if you are the martial artist that you always wanted to be. Dodge rolls keep you agile, blocking gives you a fighting chance to challenge any strike that comes your way. And of course, co-op comes in two flavours: local and online.

What does Clan N stand for? Clan N is an ancient samurai group sworn to protect the realm from all who seek its destruction. The four group members consist of the shinobigatana-wielding ninja Akira, the staff-striking Reina, the dual sword-swinging Daiki, and the sickle-slashing monk Tarou.

After years of training and dedication to their respective craft, each character has uncovered their own unique magical abilities. Akira can command the storms to call down lightning bolts onto his enemies. Reina can call forth the power of the Earth to throw punches with the strength of a rock fall. Daiki, as lord of the wind, produces brutal tornado waves that no enemy can escape, and Tarou, as the master of Dragons, can call these fearsome beasts to breath deadly fire to his enemies.

They battle against the forces of Akuji, a former samurai of Clan N. Discovering that the balance of the world lies in three areas: Peace, Knowledge, and Time, Akuji found by throwing any of these three primal forces out of balance would grant him awesome powers. Ejected from Clan N for his attempts to unbalance the world, Akuji rampaged through the world, building himself an army and eventually becoming the realm’s most powerful sorcerer.

Once his actions were discovered by Clan N, they set on a journey to stop the villainous pillaging by Akuji and his army of warriors, the Seishin Gun. Depart on your journey solo or with friends and bring peace back to the land from August 6!