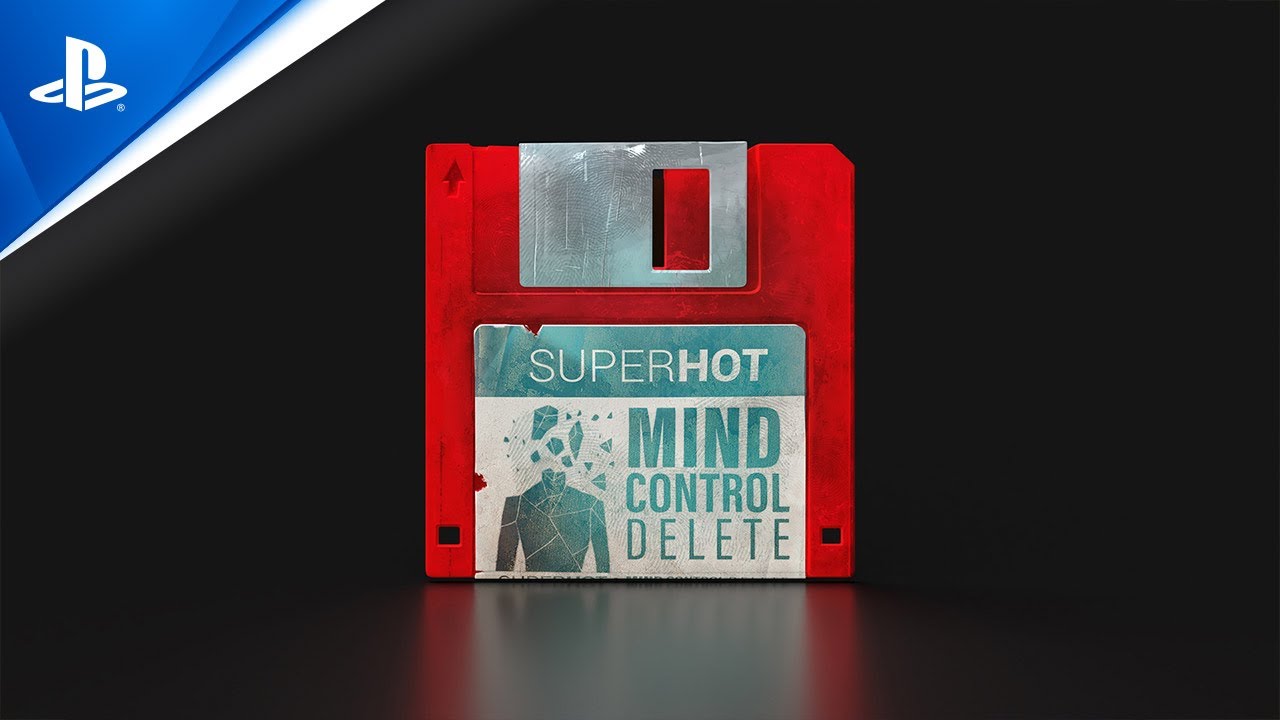 Free for players who buy the original Superhot on PS4 before MCD releases.

Gamedev is full of success stories. Tales of happy people who gleefully work on their project for several months and emerge with a great game after a joyful development. In reality, this is rarely the case. The process of making games can be hard, demanding, full of doubt, sorrow, and dead ends. That was exactly the case with our latest project and how it came to be.

After finishing Superhot VR we sat down thinking — what can we do next? Then stopped, because we remembered that we had already started a little thing right after Superhot. We promised to make something for the people who loved the game but felt it was too short. A thing to keep them occupied while we work on whatever we decide to do next. It was supposed to be a short project, no longer than three months of work, given away for free to anyone who bought the original, non VR Superhot game.

What is it, exactly? To be honest I don’t really know what genre it is anymore. We wanted to make a rogue-lite, but Superhot: Mind Control Delete lost any resemblance to one a long time ago. Let’s just say you have gameplay similar to the original game but the levels are much less linear. You go through sequences of areas and if you die you start the section again. If you succeed, more challenges unlock. We also added more enemy types, weapons, new abilities, and power-ups. It’s a fully-featured game complete with a “non-existent” story that is waiting for you to explore and experience rather than being rammed at you in high-speed like in the original Superhot.

In order to make MCD we had to completely rearrange the way we think and design. The first game was this tiny, highly-polished gem. It was so devoid of any unnecessary features that it felt impossible to build upon. Everything felt superfluous, every new thing we added to MCD just made it worse. We had to make dire decisions and basically crush this precious gem into a thousand pieces and reassemble it into something new.

The development was long, hard, and eventful. We made a decision to go into early access to gather feedback from people, which threw us into high speed development mode we weren’t used to. The team was rapidly growing, and so was the project. Features piled up, new ideas came one after another, and we couldn’t resist adding MORE stuff to it. Everything seemed to fit, all was going so well. At least until we crashed head-first into a brick wall.

After more than a year and a half of development we felt tired and decided: “let’s stop here and look at what we have.” Unfortunately, we realized that we had created a monstrosity. An abomination consisting of too much stuff — unpolished, unoptimized, cryptic, and confusing, with no clear story or purpose. Our drive for MORE exhausted us; the project became too heavy, weighed us down.

Despite that, we refused to give up. We believed there was something inside this amorphous pile of MCD that could be salvaged. It just needed some trimming, removing a few “not-that-good” features. We just had to cut out a fake internet app, chats with a friend feature, daily and weekly challenges, boss battles, community hub, interactive red voice, scoring system, in-game currency connected with game progression, create-your-run system, leaderboards, boss fight arenas, rewrite the story three or four times, change the whole UI, remake all upgrades, rewrite the system of getting new upgrades, and more. Surely it wouldn’t take us that long to finish — we thought.

A year and a half later, we finally did it. When we started out we never imagined it would be that difficult and taxing. We came to the depths of despair and back, fighting to create a thing that not only we would be proud of but you would immensely enjoy. We stripped the game to the bare minimum we thought necessary, and in doing so we discovered its true identity.

Along the way our initial goals did not change a bit: make a game that will provide you with dozens of hours of gameplay as a thank you for believing in us during Kickstarter, and supporting us emotionally and financially by playing and buying Superhot and waiting patiently for whatever comes next. That’s why Mind Control Delete will still be given away to every owner of the original game on every platform.

We feel proud of our creation. We think it’s a good game and hope you’ll play the hack out of it… and enjoy it half as much as we suffered making it!

Look here! A shameless promotion plug! Read it, it’s good for you!

Remember Mind Control Delete will be free for everyone who has purchased the original, non-VR Superhot prior to the release of MCD! Yes, it means we’re giving away over two million copies of the game on (almost) every imaginable platform. For those eligible, your free copy of Mind Control Delete will be added automatically to your PS4 games library after the release. Check out the official Superhot website for all the details.

Finally, we have also created lots of lovely Superhot: Mind Control Delete wallpapers to help celebrate our launch. Head over to playstation.com and snap them up.

Thank you for everything, love always,