Skater XL drops in on July 28. Learn what went into making some of the community-created maps that will be there on day one.

Hey PlayStation fans! As we get to the last few weeks until the launch of Skater XL on PS4, we have been humbled by the community’s support and the excitement that you have shared with us. Community has always been, and continues to be, at the forefront of our thoughts as we continue to develop the game.

One of the biggest surprises and most rewarding experiences for us over our journey from Early Access to the console launch has been the emergence of an insanely passionate and dedicated community with immensely talented and inventive mod creators. In Skater XL, this has taken the form of custom clothing, physical attributes like beards and tattoos, physics and gravity mods, and additional environments. The quality and volume of community-made maps has been astounding and has really transformed Skater XL into something that we could never have imagined.

In addition to the growth of the modding community, we were also able to find some of the most talented individuals that had a unique blend of both skateboarding and game development knowledge that might have been impossible to find through traditional means. After seeing their skills being shown through mods in Early Access, we were stoked to add the talents of map creator Theo and programmer/replay editor creator Kiwi to the team as official members. Since joining the team, these two have played key roles in the development of the game that you will see on PS4 July 28.

It is important that we continue to express our gratitude for all the hard work of content creators and acknowledge their contributions to the Skater XL ecosystem. In many ways, we know that we are just one part of this game, and the community and player’s role has been a huge part of the success of SXL. Moreover, we don’t view Skater XL as a traditional video game, where we are the developers and the players are the consumers. We see things as more of a collaborative effort between us and the community, each of us contributing in the areas that we are strongest. As we continue to move forward to the official launch of Skater XL and beyond, we want to continue to cement our commitment and excitement about what the community will continue to achieve.

To that end, today we are excited to announce that some of the most popular and awesome community created maps will be included at launch! These maps encompass multiple terrain and environment styles, and show some of the best the community has to offer. Each map has also been given additional visual enhancements by Easy Day’s art team in collaboration with the map creator and PlayStation owners will be among the first to experience it! 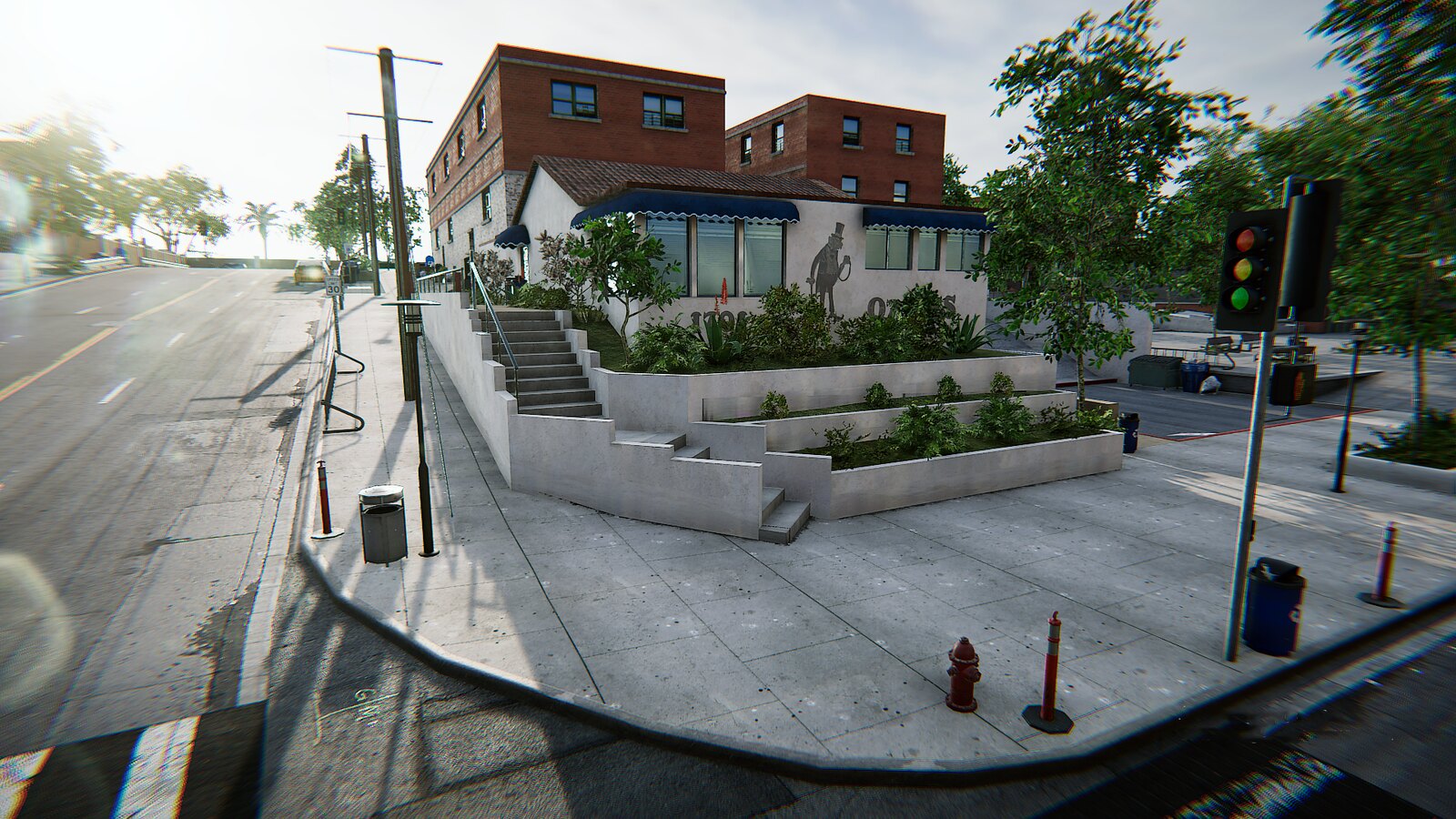 ‘Streets’ by prolific map creator Jean-Olive is a mash up of street spots inspired by some of the best terrain in the skateboarding world. ‘Streets’ encompass several city blocks of skateable territory, from San Francisco-esque hills, to the unique skateable architecture of Spain. Players will recognize skate spots from Los Angeles and New York, as well as Jean-Olive’s own creative designs. As Jean-Olive simply puts it, “my goal was to create some of the most famous street spots compiled in one map.” Mission accomplished.

Here is a compilation of real skate spots that Jean-Olive has incorporated throughout the sprawling map. 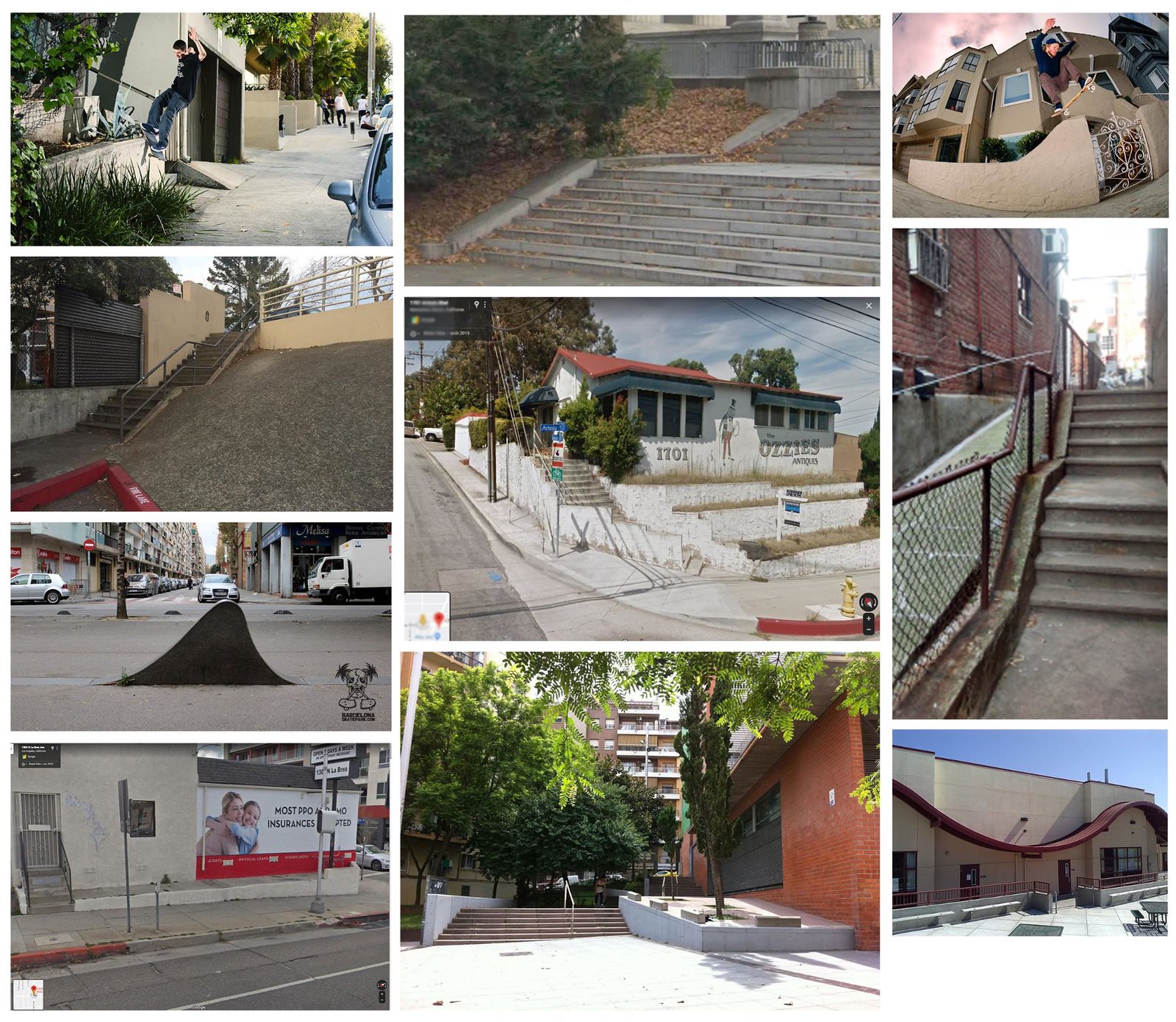 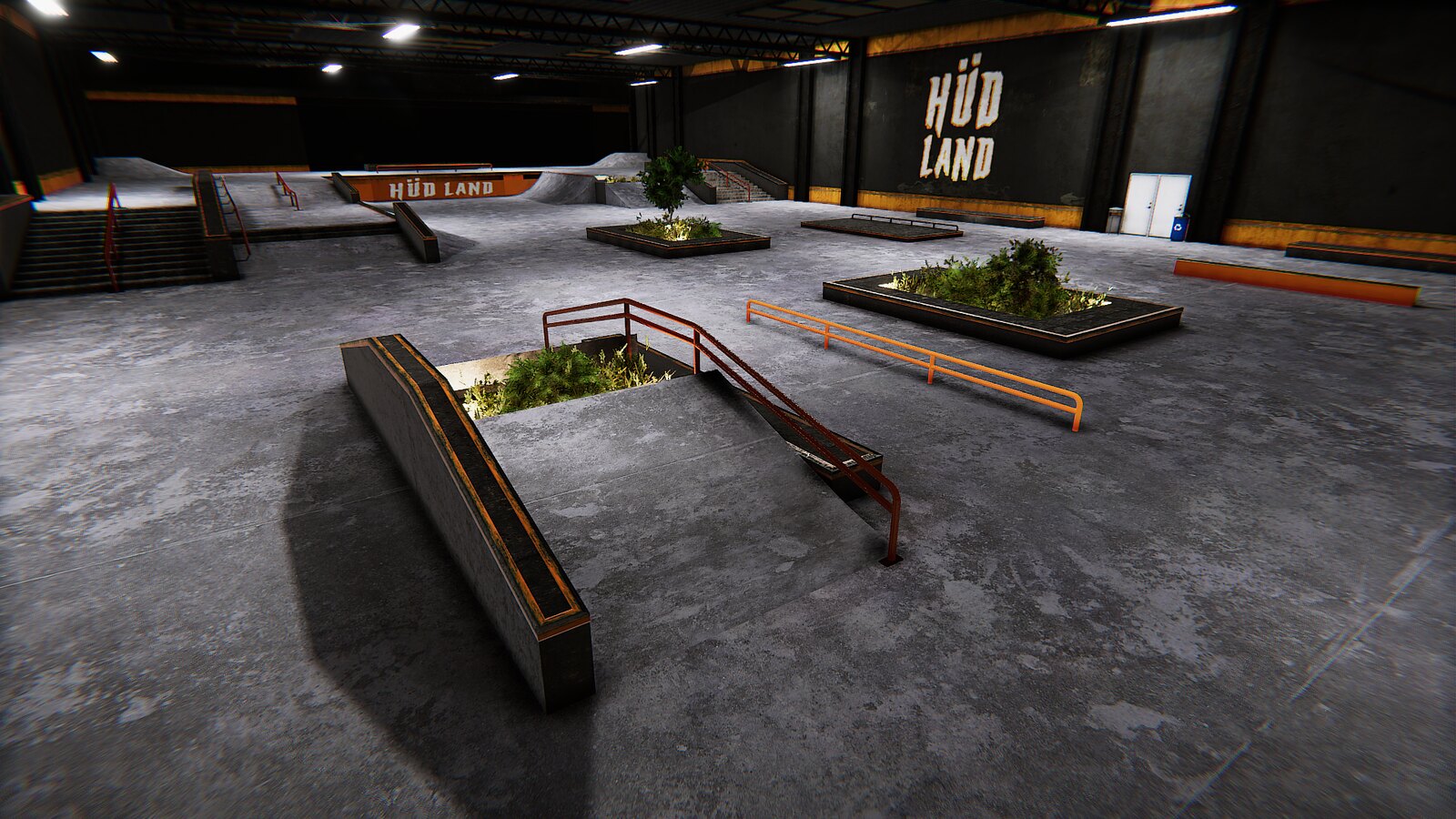 An original creation by Pactole, ‘Hudland’ is every skater’s dream private skatepark. Packed full of street and transition features, Hudland is the perfect indoor place to hone your skills before taking them to the streets. Features include flatbars, stairs, hips, handrails, quarterpipes and more. The warehouse setting and overhead skylights give the map a unique look and feel, while the overall flow of the park will keep players perfecting lines for hours.

As Pactole describes the creation process, “This map was created as a collaboration with a really good crew of dudes I met in the Skater XL community. I didn’t really plan a design, I just knew I wanted a “circular” layout, where players could do infinite lines by just cruising through the park, never getting bored. Through talking to the guys and some iteration and testing, I finally found a design that really works well for all different types of skating. I really like the lighting and the rest of the environment details, and think it is something really different than the official maps created by Easy Day. I learned a lot of new things with this project (as for all of the maps I made) and I was happy to create it for the crew and the entire Skater XL community.“ 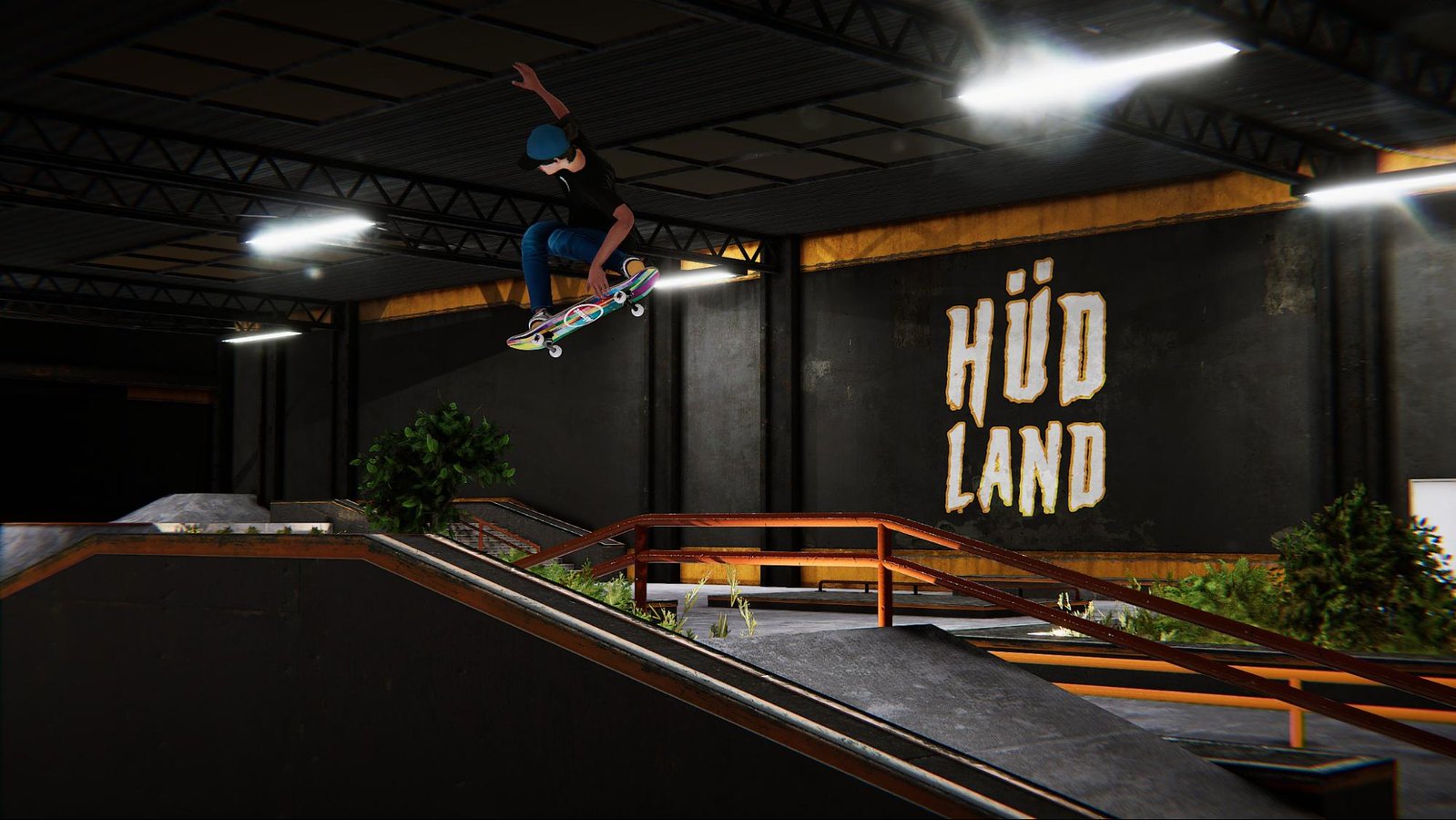 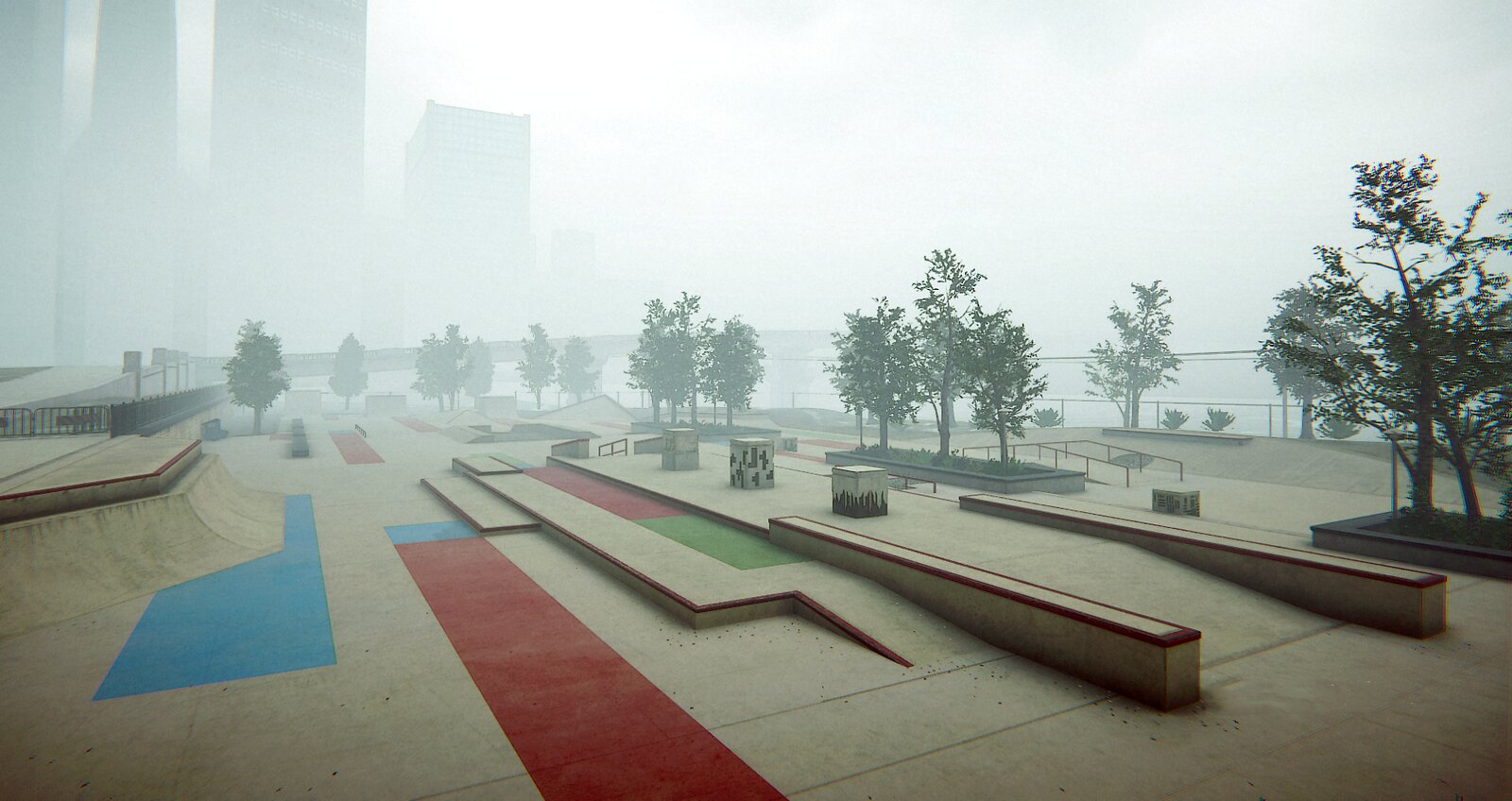 Skater XL will also feature the worldwide debut of the mod map created by modder turned Easy Day Studios team member, Theo. Grant Park is one of Chicago’s premier public skateparks. The three-acre waterfront park has a variety of terrain, including street and transition features with a focus on overall flow. Revealed here for the first time, Theo’s version of this real-life skate park holds true to its layout and design, while small tweaks have been added to optimize gameplay.

“Grant is to me, the best way to show what I have learned working with the team over at Easy Day. I have always been inspired by Chaz Ortiz, who’s a Grant local, and I have watched countless clips of his at this skatepark. It’s a really unique feeling to recreate a spot that you see on the internet a lot and it makes you feel like you are there. On top of that, I love Chicago. It’s a vibrant place. But winters can be harsh and I wanted to give the skatepark a more gritty feel to it. With Easy Day being located in California, we made a lot of beautiful west coast spots, so I thought it would be a nice change of pace to have a very foggy and cold-looking map. It was a very challenging map to make. The ground itself has a lot of subtle variations in colors that were difficult to replicate, but with the help of the team members, we managed to make something feel more immersive. I’m very grateful to be able to share this project with other skaters, gamers and fans of SkaterXL.” – Theo 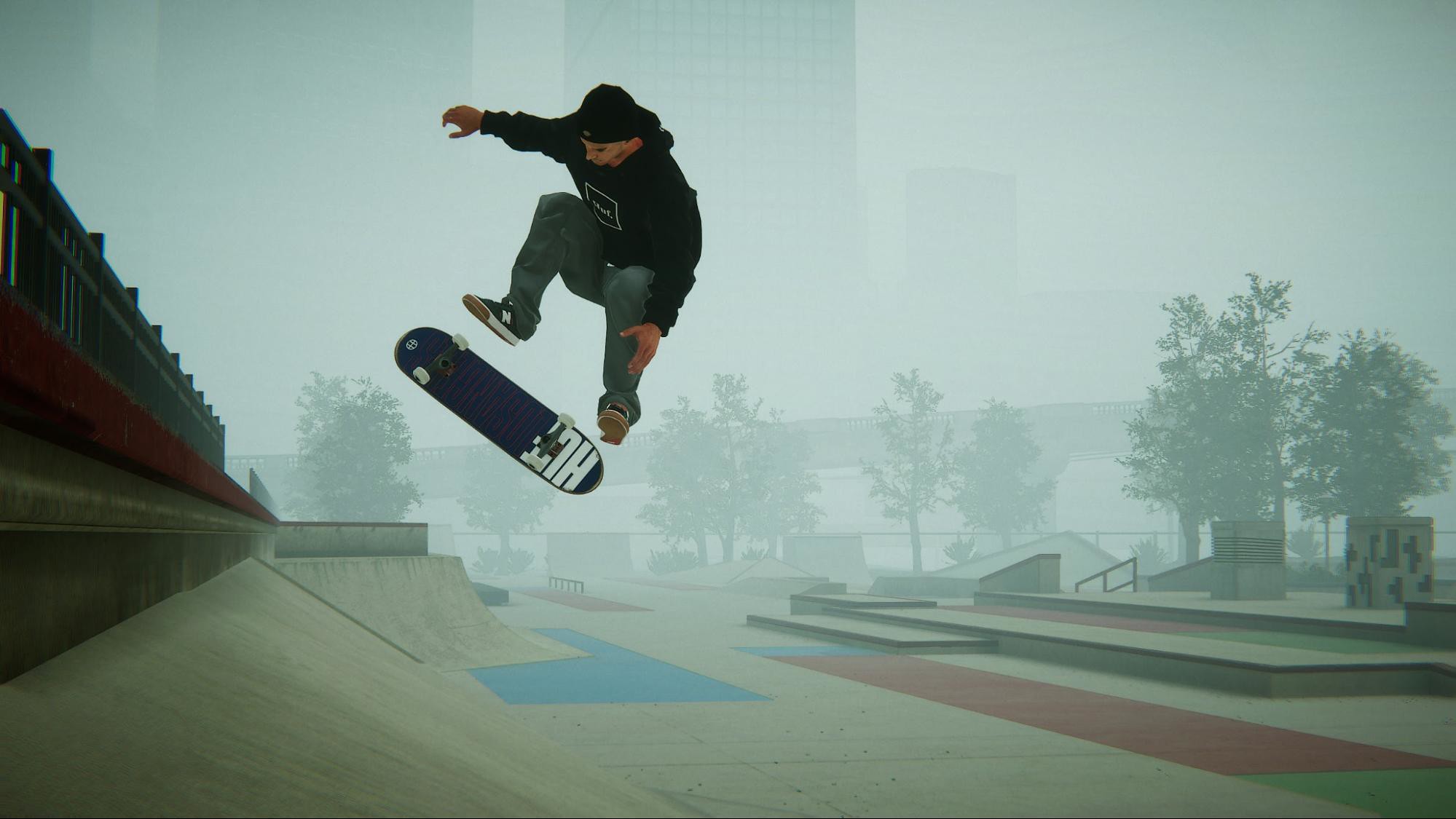 We’re excited to share these unique community creations with the world when Skater XL launches on PS4 July 28, as the community expands and gets into the hands of PlayStation fans worldwide.