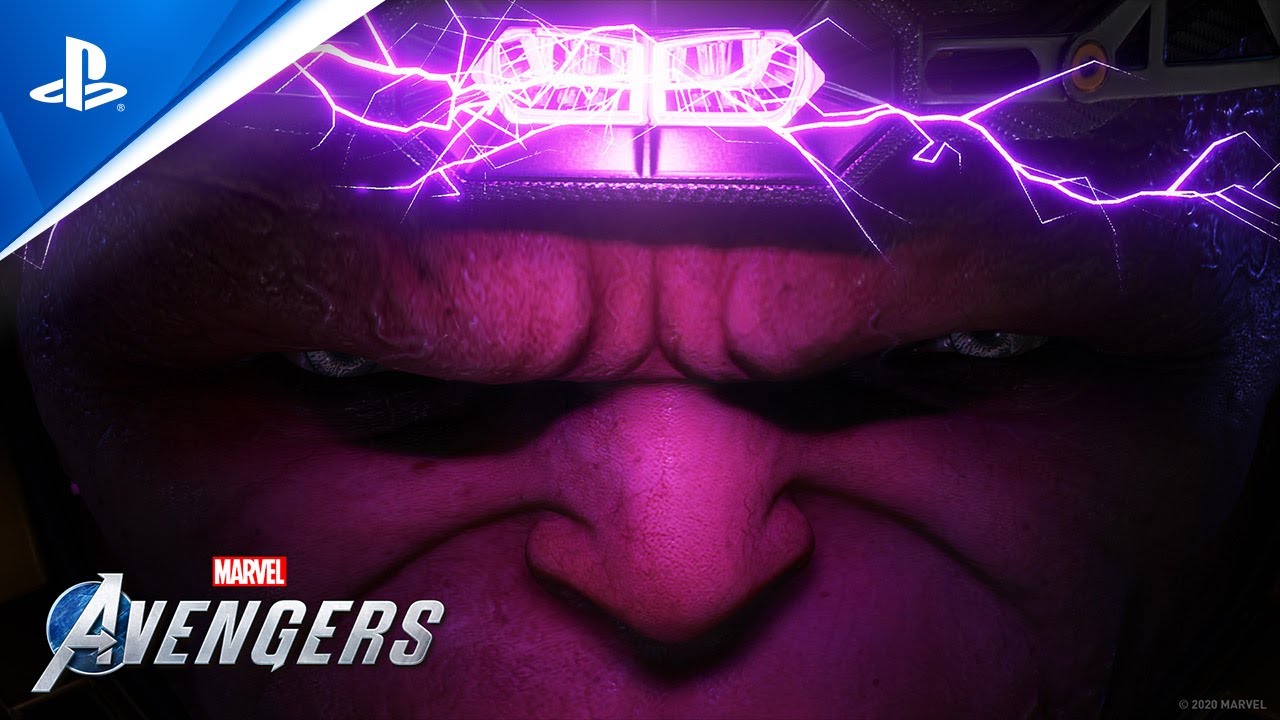 Hello PlayStation fans! Our first Marvel’s Avengers War Table stream has just concluded, and we’ve unclassified a massive amount of new intel and insights about the game. While we have talked extensively about the original narrative and stellar voice cast behind our Reassemble Campaign, this was our first formal dive into co-op.

As War Zone Director on Marvel’s Avengers, I want to take PlayStation fans deeper into the mechanics and gameplay loops behind the co-op experience. Read on for a slew of new information!

War Zones are accessed via a War Table, which can be found in outposts, Quinjets, and the bridge of the Chimera Helicarrier. The Helicarrier becomes your home base and can be repaired and upgraded over time. It has personal quarters for each Super Hero, storage for your extra gear, fabrication machines for turning blueprints into new outfits or other cosmetics and more!

War Tables keeps the pulse of all AIM activity worldwide and allows players to launch directly to where they are needed most. Players can initiate their next Reassemble Hero Mission or jump into any unlocked War Zone Mission depending on their mood.

The key difference between Hero Missions and War Zone Missions is that while the former tends to be story-focused and very cinematic, a War Zone is an expansive, explorable space loaded with side content including concealed caches to uncover, powerful bounty enemies to defeat, AIM depots to take over, faction allies to rescue, and hidden loot to claim. While there is a main objective in each War Zone Mission, how you choose to approach them is up to the player. If the mission objective is outdoors for instance, the heroes can approach from any direction and tackle the challenge as they see fit.

Each War Zone Mission will display the difficulty and suggested Power Level before launching. Although difficulty can be user adjusted, the higher the challenge, the bigger the rewards. Once you select a War Zone mission, you’ll board the Quinjet, and if you have matchmaking enabled, you can be matchmade with up to three other unique Avengers for a party of four heroes. If you choose to take on War Zone missions solo, you will be able to choose from AI companions whom you’ve reassembled, unless the narrative prescribes a specific team composition. They will reflect the skills and gear you’ve previously equipped them with.

War Zones really shine when players team up and use their abilities in tandem. Some of my favorite moments playing in multiplayer involve combining heroic powers. For example, Thor can send a large group of enemies flying up in the air, and while they are immobilized, Iron Man will volley missiles at them; it is an amazing sight.  Another fun and highly destructive combo sees Kamala Khan sending an enemy flying with a mega high-five, followed by Hulk’s Thunderclap on the stunned enemy. Not many enemies can survive that one-two-punch. These moments featuring the Avengers coming together are really the foundation of why teaming up in War Zones is so much fun.

Our idea for War Zones came from a desire to have missions across diverse regions, and War Tables allows us to address threats globally. These regions vary from sprawling cities to dense forests and barren badlands. They also feature different times of day and weather, so missions in the same region will offer lots of variety. Additionally, Marvel’s Avengers features an array of mission types offering different rewards!

While Hero Missions are the campaign crafted, hero focused missions, we also have War Zone missions crafted as unique Hero stories which evolve the story of a specific Avenger and provide context to how they dealt with the fallout from A-Day. How does Tony feel about AIM repurposing his tech for their own ends? What are the ramifications of Hulk’s extended stay as the Big Green? Iconic outfits and powerful gear await at the end of a chain of Iconic Missions.

In addition to reassembling the Avengers, players will help rebuild outposts for their allies. SHIELD suffered greatly after the disbanding of the Avengers, and the Resistance formed as a direct result of AIMs increasingly authoritarian activity worldwide. Players can take part in missions to provide these factions intel, supplies, and defend them from AIM attacks. Even cooler, the Helicarrier becomes populated by members of these factions who want to help in the fight against AIM. Faction leaders will also give out missions as part of the ongoing conflict in the post-campaign world and provide faction-specific rewards.

Drop Zones are short missions with a single objective, such as defending allies or sabotaging an AIM structure.

Vaults are large explorable spaces that take some leg-work to uncover. To access a vault you first have to locate the coordinates from hidden SHIELD caches around the world. Once you’ve found the entrance, you must fight your way inside and breach the vault before you reap the rewards.

Hives are AIM strongholds located throughout the world, the Avengers must uncover their location and fight their way through and a gauntlet of increasingly challenging AIM defenses in order to disable them.

Villain Sector missions culminate with a boss fight, such as notable Marvel villains working in tandem with AIM, or one of the organization’s extra-deadly constructs.

Playing through the Reassemble Campaign and War Zone missions will reward players with an array of items including gear, resources, artifacts, and cosmetics. War Zones are a great place to play your way by showing off your cosmetics and switching up your gear. Let’s go into these systems. While maintaining the core DNA of each hero is important, we wanted to ensure each player could tailor the game to their preferred combat and aesthetic style. Here are some of the ways you’ll be able to customize your Super Hero.

As you gain experience you increase your Hero level and unlock new character-specific skills. For example, you can choose to equip Iron Man’s iconic Repulsor, Micro Rockets, or lasers to take enemies down. Each hero has several categories of unique skills that allow you to fine tune your play style

The more difficult the content, the rarer the reward, which can be collected through enemy drops, exploration, puzzles and for completing missions or challenges.

These are special abilities that come with gear and artifacts, and are tailored to encourage specific play styles for your hero. For example, certain perks apply Gamma or Cosmic damage to your attacks. When combined, Perks and Attributes can help define your playstyle. We’ve even created branded gear to help identify builds, like Stark Tech for ranged ability augmentation, and SHIELD gear for defensive play.

Launch is just the beginning for Marvel’s Avengers – the narrative will continue to be delivered on an ongoing basis with new missions, Super Heroes, and regions delivered at no additional cost.

For you PlayStation fans, don’t forget that by pre-ordering you’ll be able to play the Beta First on PS4 – check out our February blog for other benefits! We will also have new perks such as PlayStation exclusive monthly community challenges revealed in the near future.

The team is working extremely hard to polish the game and squash bugs while working from our homes around the globe. As mega-Marvel fans ourselves, we are committed to delivering the definitive Avengers gaming experience. I’m looking forward to jumping online with you when the game launches this September.