Behind the Scenes: Creating Iron Man in VR 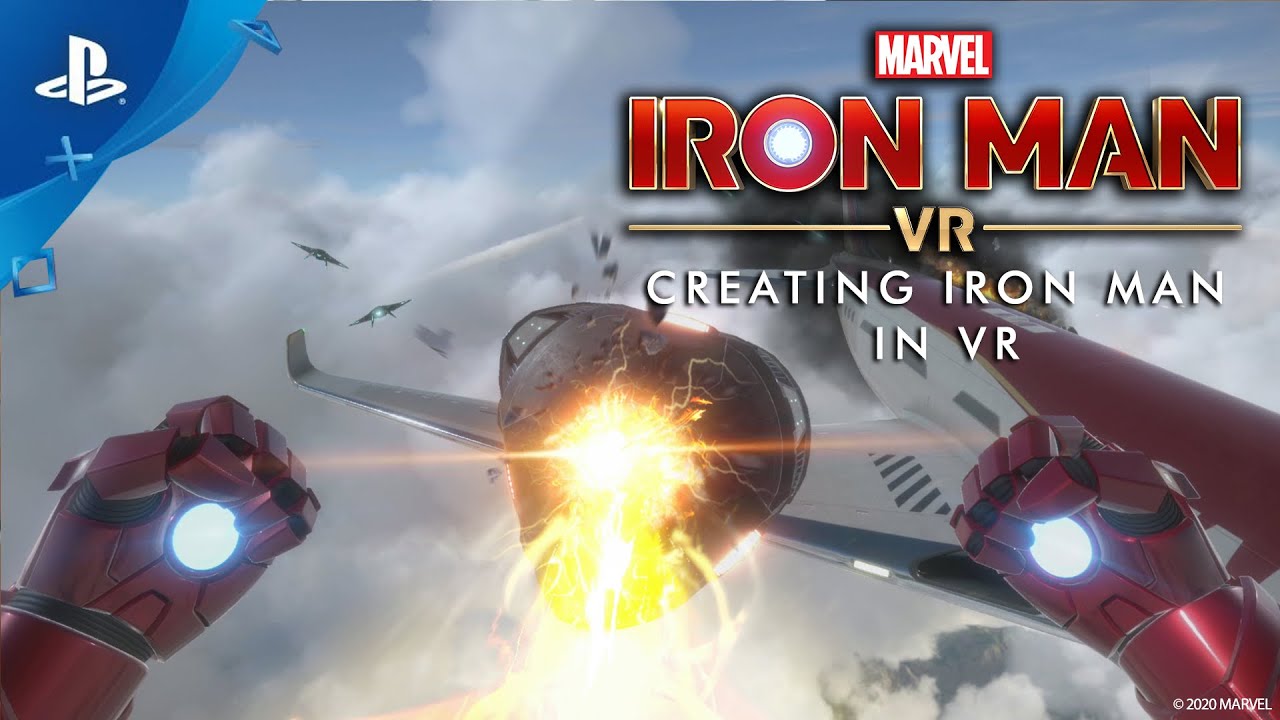 See what it takes to make the man behind the armor

Hello, this is Aaron Whiting of Seattle-based Camouflaj. I have the honor of being the lead producer on Marvel’s Iron Man VR, coming July 3 exclusively to PlayStation VR.

I previously worked at Camouflaj on its first release, République, before I left to try my hand at a larger local game studio. During the interim years away from Camouflaj, I heard whispers from my former coworkers that the team was working on something incredibly exciting and ambitious for VR. It was around then that studio founder, Ryan Payton, put me in a headlock and asked me if I’d be interested in coming back to Camouflaj to help produce the game. After I fixed my hair, I scheduled a time to stop by the studio and check out their prototype for Marvel’s Iron Man VR.

Within seconds of putting the VR headset on, I got chills. I looked down at my body, saw the iconic red and gold armor, and thought to myself, “Holy crap, I am Iron Man!” From there I pointed the motion controls towards the ground, pulled the triggers and lifted into the air. I then thought to myself, “How does Iron Man fly forward?”, so I placed the controllers at my sides, pointed my palms back, and began to surge forward. Despite the crude greybox representation of Shanghai, it felt great to zip through the city at high speeds and feel the thrill of flight. I soared above the metropolis and threaded the needle between tight corridors. I clearly remember saying aloud, “You guys have done it! We’ve nailed flying in VR.”

After spending about 20 minutes flying around grinning from ear to ear, Ryan asked me, “Do you wanna shoot some stuff?” Of course I said yes. As with flight, I thought, “How does Iron Man shoot?” I extended my arm out, pointed my palm at a target, pushed the Repulsor button and fired a shot. I began striking Iron Man poses like I was in a photoshoot and blasted all the enemies around me. “How about coming back to Camouflaj and helping us produce this game?” Ryan asked. The rest is history.

When I rejoined Camouflaj, the challenge of creating a great prototype was behind us, so our focus shifted towards developing the full game. We aligned the team around building a world not only about Iron Man, but also about his larger-than-life civilian persona, Tony Stark.

One thing Ryan struggled with early on was solving the problem of allowing VR players to not only feel like Iron Man but also see him. Due to the first-person nature of VR, we knew players wanted to embody Tony Stark, but we all worried about those moments that players would want to see Tony be Tony. We experimented with various solutions, including Ryan’s boneheaded idea (his words, not mine) to have the player not be Tony, but play as his up-and-coming protege. Fortunately, our friends at Marvel pushed back on that idea, and they were right — fans want to be Iron Man, not be standing next to him.

Thankfully, our lead writer, Brendan Murphy, came up with a brilliant solution. Borrowing a thread from a recent run of Marvel’s Iron Man comics, we introduced an additional AI character based on Tony’s personality. Thus, “AI Tony” was born. He’s smart, witty, and helps you upgrade your suit. Suddenly, we had the best of both worlds—players got to not only see Tony but to be him! On top of that, can you think of any superhero that would enjoy his own company more than Tony Stark?

People want to fly around and be super heroic like Iron Man, but they also want to live out the fantasy of being the larger-than-life billionaire, Tony Stark. Early in development we tossed around many different ideas, but when the dust settled, we had a handful of key Tony Stark-related features that fed back into our core gameplay:

As I reminisce about the production of Marvel’s Iron Man VR, we always knew that the game needed to feel super heroic. About a year into production, we thought we nailed it with our flying and shooting mechanics, but we couldn’t shake the feeling that something was missing. Marvel agreed.

This realization occurred right around the time we were wrapping up work on our vertical slice, which included a mission where Iron Man rescues a jet in mid-flight. It was around this time the team discovered the missing puzzle piece: interactive “Super Hero Actions.” In record time, we added “Super Hero Actions” to the mission that enabled players to do heroic things such as extinguish an engine fire, repair a damaged wing, and pull down the jet’s landing gear. From a production perspective, these moments terrified me — they are one-off moments that were extremely expensive and time consuming to build, but I couldn’t deny that they were our ticket to making Marvel’s Iron Man VR evolve from “good” to “great.”

If you’re curious about how those Super Hero Actions deliver the Super Hero fantasy, you’ll be able to experience them first-hand in the demo for Marvel’s Iron Man VR, available at PlayStation Store now. It’s a small taste of what’s to come in the rest of the game, which includes many more VR-enabled heroic actions.

In the closing moments of development, I often think about why I returned to Camouflaj to work on Marvel’s Iron Man VR. Naturally I wanted to help the team achieve their goal of building a great Iron Man experience for virtual reality, but I also wanted to leverage the unique strengths of PS VR to tell an important and meaningful story starring Tony Stark. We put the player in Tony’s shoes and have them face his demons. Those moments really stand out for me as a player, and I can’t wait for you to experience them when the game releases on July 3.