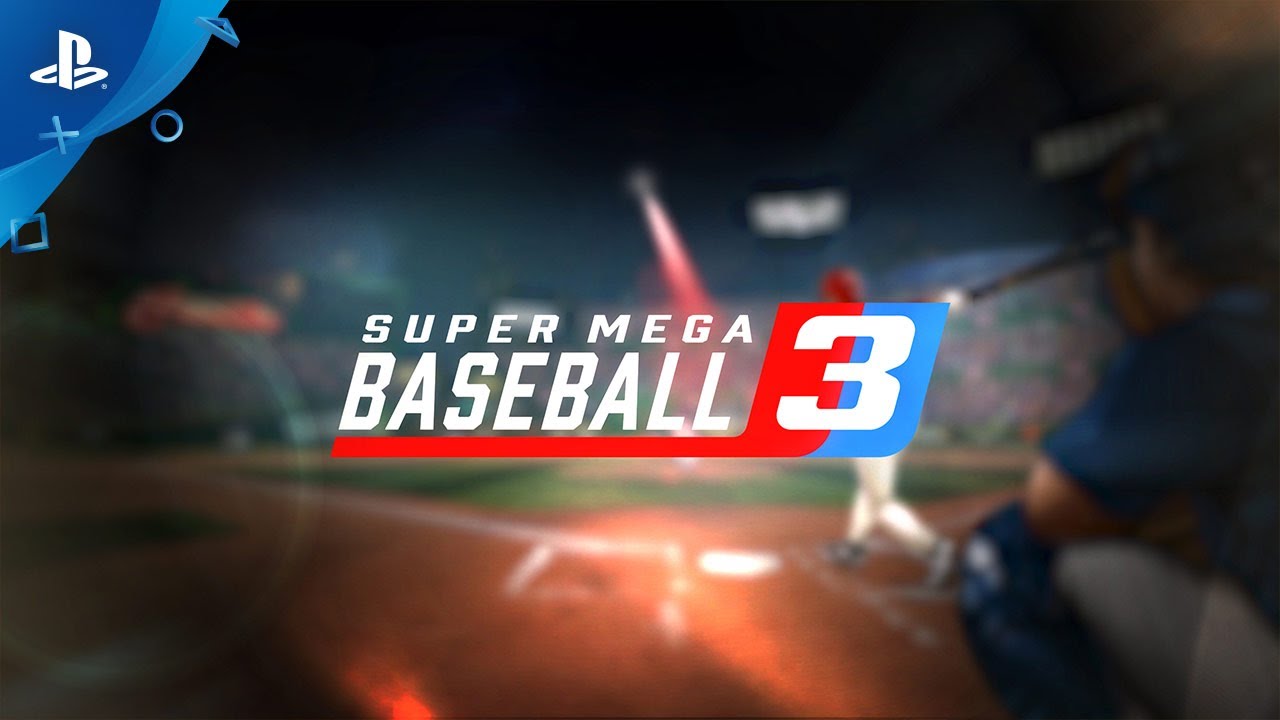 The cartoony, arcade-inspired baseball game is out now on PS4.

Hey everyone! I’m Ashley, the new Community Liaison for Metalhead Software. I’m the person behind our social accounts and a big part of my role is relaying information between our community and our dev team (not to mention creating punny one-liners on social media and responding to followers with high quality GIFs).

I know our community is interested in learning more about how we make our games. I’ve talked to a couple of our team members to get insight on some themes we often see in questions: where the inspiration for the game’s art style comes from and which parts of designing the gameplay are the most challenging.

Tobyn, our Art Director, has been immersed in the world of video game art and design for over 20 years. Armed with a breadth of knowledge across several disciplines, Tobyn has taken a lead role not just in the look and feel of SMB3, but in the series as a whole, especially our ballparks.

His inspiration for many of the ballparks in SMB3 is drawn from stadiums all over the world, not exclusive to baseball. Specifically, stadiums that really spoke to the uniqueness of each city they stand in. But it goes further than just the images. Tobyn says that “there are many layers of research conducted, from finding out the area’s national flower to common sayings and various building styles. Building a strong identity of the location is integral to the creation of the ballparks.” In some circumstances, when he can’t visit certain locations, he’ll open Google Maps and do a street tour. After all this research, he decides on a focal piece, and the design of the stadium begins there.

The ballpark advertisements are another area where Tobyn finds himself engaged. During the research process for ballpark inspiration, he’ll often discover little quirks about the cities. He says that he wants those quirks to shine through, while adding a bit of humour to them. However, word play in advertisements is something you want to get just right. Often, Tobyn will look to members of our Metalhead team to join him in the creation of slogans and advertisements. “Getting the team involved ensures that the slogans we come up with aren’t just funny to me.”

When it comes to the characters, many people wonder why we took a more cartoonish direction, rather than trying to create more realistic people. Tobyn believes that there’s a purity to elements of baseball, like home-runs or the on-field plays. “But, there’s such a distinct feeling in the world of baseball when it comes to being in the stadiums. The ads for strange products, unique player names, getting hit by a ball, things offered in concession and much more. These things were ripe for satire.” The cartoonish approach honors these things while the gameplay maintains the integrity of the sport.

Richard Gibson is another talented member of the Metalhead team, and an expert developer. He holds a Ph.D. in Artificial Intelligence, watches a lot of baseball on TV, and has been playing baseball video games since he was six years old. While Richard may be well-versed in development and baseball, that doesn’t mean there weren’t challenges in the development of this game.

For him, the most challenging part of SMB3 development was implementing the new batting AI. He says “we had not changed the batting AI at all between SMB1 and SMB2, and I was eager to rewrite the code from scratch.” He put very high expectations on himself to create a fresh, challenging, realistic, and fair batting AI. “As a team, we started by collecting a ton of data on how humans tend to bat in SMB2 – what pitches they swing at, how well they aim their batting reticle relative to the pitch location, and how well they time their contact and power swings.” He says the team’s first attempt had the AI mirror this data as closely as possible, and while that works well for adjusting the AI’s aim and timing, that approach failed miserably for modeling when the AI should swing.

As it turns out, humans are very random.

And, when playing against other humans, Richard says “we accept that randomness.” But, when playing against an AI, such high randomness makes the AI feel bad. “Who knew the AI had feelings?” He says that ultimately, the team had to tone down the AI’s randomness and make the AI behave a bit more predictably. Finding that right balance between random and predictable, plus adjusting the AI’s abilities across the entire Ego (game difficulty) spectrum, required numerous weeks of playtesting and tweaking.

Even as Richard continues playing his ongoing Franchise in his spare time, he’s still finding little tweaks here and there to make the batting AI more fun to pitch against. “The beauty of modern game development is that we’re adapting and tweaking on an ongoing basis, so don’t be surprised if we ship some batting AI modifications in future updates.”

Super Mega Baseball 3 is out now on PS4.

Step Up to the Plate at PS Store