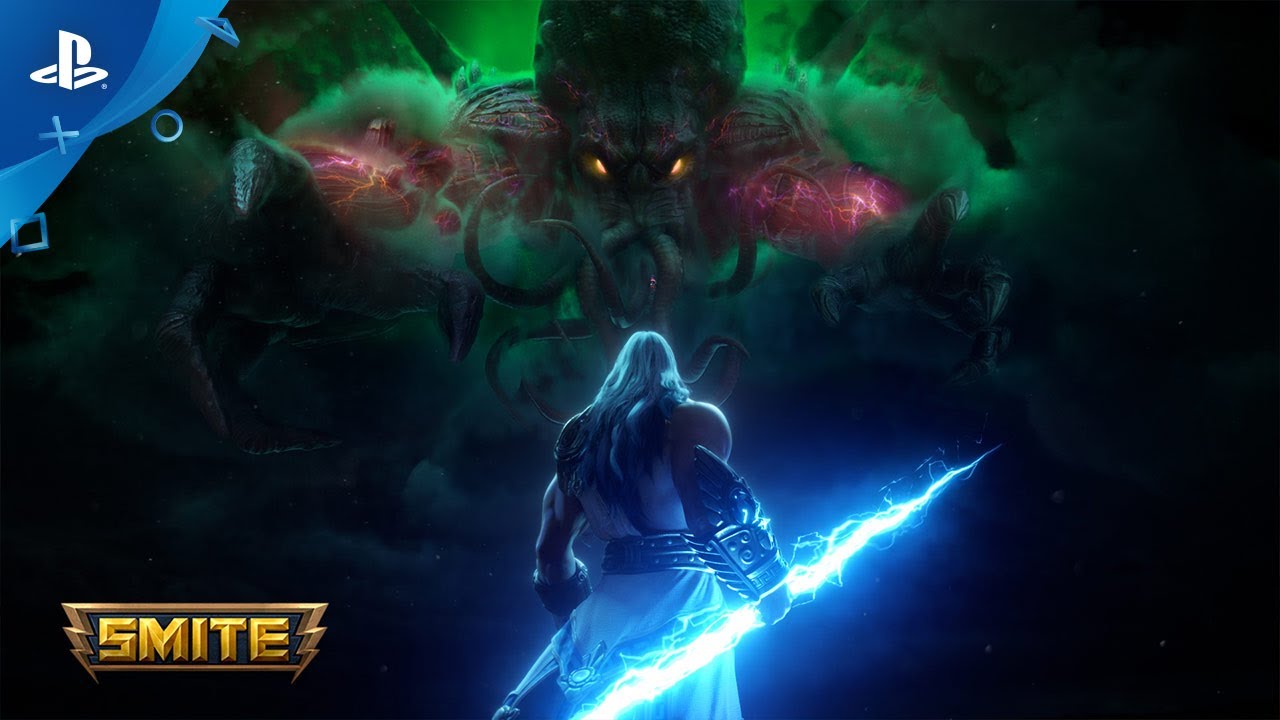 Awaken the Great Dreamer next month and show your foes what true madness looks like.

The Great Dreamer has awakened! Cthulhu has lain submerged and sleeping in his watery tomb for untold aeons. But soon, Cthulhu will enter Smite: The Battleground of the Gods, to spread madness and fear! Who is this eldritch deity, and how does he fit into the world of Smite? Read on for an exclusive early look in Cthulhu’s creation, and find out what awaits you when he arrives this June!

Cthulhu is the Great Dreamer and the High Priest of the Great Old Ones. He is the gateway to a set of cosmic entities with unfathomable power. They have existed for aeons, likely coming into being before our currently known universe.

Even as Cthulhu sleeps in the underwater prison of R’yleh, his power seeps into every shred of life on Earth, causing discomfort and despair. He will soon awaken, and the gods of Smite will be tested like never before.

We want Smite’s Cthulhu to stay true to his literary depiction, while making him a fierce and intimidating monster – an iconic part of his modern interpretations.

Within the Smite universe, Cthulhu will serve as a symbol of consequences for the gods. Gods are immortal and powerful, and thus they rarely consider the repercussions of their actions. Currently in the Smite lore, the world has fallen to a strange, magical corruption because of Persephone’s poisoning of the World Tree. Little do the Gods know that even as they rush to subvert Persphone’s plan of destruction, far deadlier forces are preparing to rise and threaten the world. The gods have triumphed over strength and power before, but can they triumph over the darkness hidden within their own minds?

Our top priority on Cthulhu’s visual design was to ensure he was immediately recognizable as Cthulhu, while still adding a Smite twist to him. We wanted to make our own Cthulhu, while not taking anything away from his historical depiction.

Cthulhu has a strong description in the original works that we constantly kept in high regard during his iterations. Additionally, his popularity for modern adaption added many more expectations for the character that we needed to meet.

At first we experimented with this god, trying to push the boundaries of his animalistic elements, especially in his body and posture. Ultimately we felt that these were too much of a deviation from his roots.

We honed back in on his most infamous characteristics while augmenting his humanoid body with more crustacean carapaced elements. We also developed an element of asymmetry in his forearm to push him even further into monster territory and add more visual interest.

After a few color passes we had our final Cthulhu! The entire team is thrilled with his visual design, and he looks undeniably impressive in game.

Cthulhu is large and magical by nature, so he fit into the Guardian Class for Smite. His evil themes led to abilities that were rather aggressive. Cthulhu will likely excel in the Solo lane and possibly the Duo lane. He is capable of mitigating a huge amount of damage, and can lock down many enemies while dealing out decent damage.

One of the most mysterious Gods in Smite history is finally revealed! Cthulhu brings a recognition factor in name and visuals that rivals the most prominent gods in all mythology. Terror will be widespread within the Smite universe as long as he reigns!

First of the Great Old Ones Pantheon

playstation gamesps4smite: battleground of the gods