A Fold Apart Explores the Emotions of a Long-Distance Relationship in a Folding Paper World, Out Tomorrow on PS4 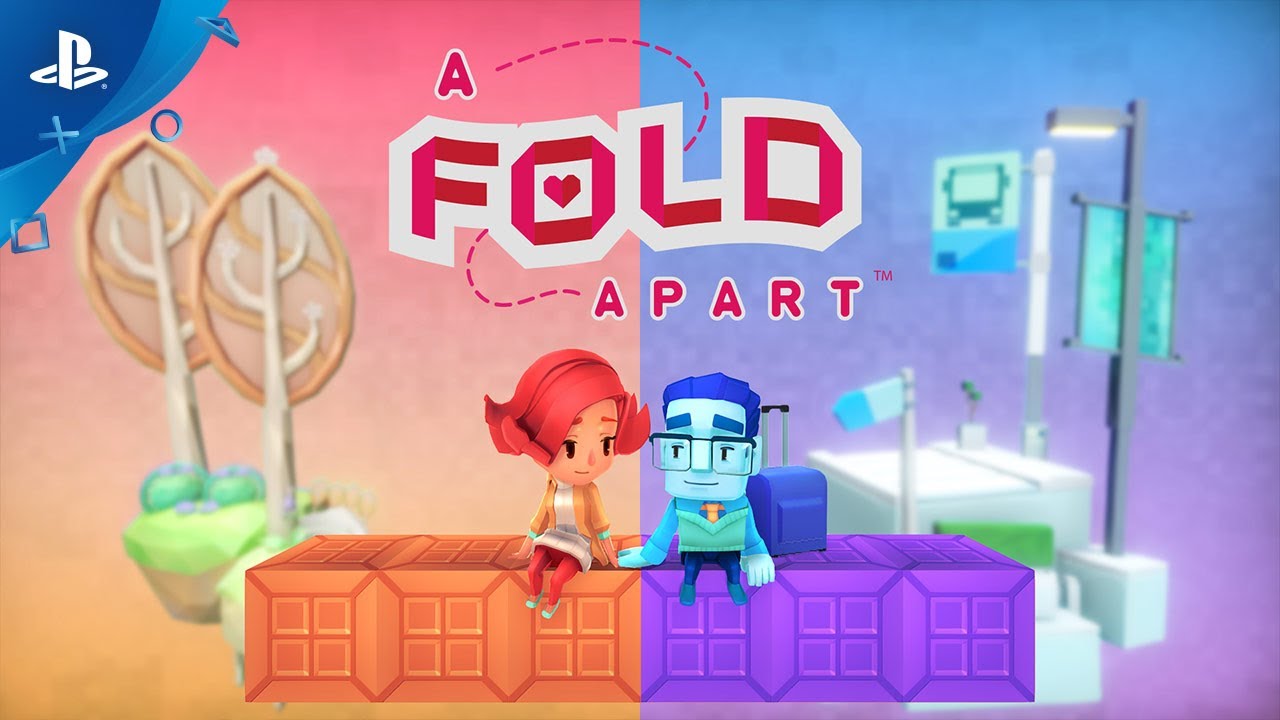 Living apart from someone you love is never easy, whether it’s because of career choices, school, or family (or a global pandemic locking everyone in their homes). Communication is harder and emotions get amplified.

Before starting Lightning Rod Games, I experienced these emotional ups and downs myself as I was living an entire continent away from my significant other for over a year. That was a difficult time and had a big impact on how I’ve grown as a person and a partner. Naturally, as a game designer, I thought it would be interesting to explore those emotions in a game. I didn’t just want to make a game about the story of a long-distance relationship though — I wanted to pair it with gameplay mechanics that helped reinforce the feeling of being apart.

A few years ago, my co-founder, Steven, and I were brainstorming new gameplay mechanics. One of Steven’s suggestions was the idea of folding paper — like origami or the back of a MAD magazine. I thought it was pretty unique, but didn’t initially see how it could make for compelling gameplay. A few months later, I had a “Eureka!” moment (that mostly took place as a fervent game pitch to Steven via webcam using crumpled graph paper and poorly drawn stick people).

It turned out that long-distance relationships and folding paper work perfectly together! If you have one character living on one side of a piece of paper and someone living on the other side, they’re effectively in two different worlds, much like a couple in a long-distance relationship. But if you fold the paper, you can combine those worlds together and allow them to reunite. I thought this was a great representation for what it often feels like to live apart from someone you love — you often just wish you could mash your two physical locations together and be with each other.

As we explored the idea of a paper folding puzzle game, we knew that we wanted to tell a much more nuanced story that dove more into the emotions that a couple feels while living apart. We decided the best way to do that would be to focus on the importance of communication.

Good communication is a key part of any successful relationship, but it becomes even more important when you are living apart, communicating less frequently and often less personally (by text message, for example). There are more opportunities for misunderstandings and miscommunication to occur, which can sometimes have unintended consequences. Exploring these themes of miscommunication and emotional responses became the core driver for A Fold Apart’s story.

In a world of folding paper, there are two sides to every story

People handle being apart from one another differently, and this is especially true in a long-distance relationship where one person has moved away while the other stays behind. We felt it was important to tell the story from the perspective of both our characters — a Teacher and an Architect — and show how they each experience their separation in their own way.

Throughout the story, the Teacher and Architect send text messages to one another. However, as is often the case with texting, eventually someone will misinterpret or read too much into what the other person said. These misunderstandings can cause strong emotional reactions sending the characters into emotional worlds where they need to process their feelings and overcome their emotional obstacles.

While the characters are in their emotional worlds, the player is able to help them process their emotions and resolve their conflicts by flipping, folding and unfolding the paper world to help them find a way forward.

At different points of the relationship, each character will be feeling different emotions, which we reflect in the puzzle mechanics of that level.

After the Architect takes a new job in the big city, the Teacher becomes afraid that the Architect will want them to abandon their family, friends and career in the country to follow them. This fear manifests itself as a roadblock that bars their way forward unless they can find a different way to overcome it.

Likewise, the Architect often feels weighed down by guilt over moving away — a heavy burden they must overcome.

Characters may feel that their life is being turned upside down…

…or that their relationship is starting to slip away from under them.

These are just a few of the examples of the sorts of ways we explore the connection between story and gameplay mechanics throughout A Fold Apart.

When we started developing the game four years ago, we never would have imagined that we’d be releasing the game in an environment where nearly all of us around the world are physically separated from loved ones and experiencing that loneliness firsthand. Whether you are self-isolating, distance learning, telecommuting, or keeping in touch online, we are all in one form of long-distance relationship or another. Creating A Fold Apart was one of the ways that I navigated those difficult emotions and we hope that the game can help others find some hope and comfort (and, most importantly, fun!) in these challenging times.