This borderline indescribable PS VR adventure kept me riveted from its ambiguous outset.

My first glimpse of Paper Beast came during last December’s jam-packed State of Play presentation. Nestled between the mind-bending puzzles of Superliminal and the Kingdom Hearts III expansion was a captivating trailer showcasing a first-person journey through dreamlike terrain. The video featured interesting topography and trippy visuals, but what did it all mean? What do you actually do? Despite not really “getting” what was going on, I was nonetheless captivated and made a mental note to play Paper Beast (whatever it was!) when it came to PS VR.

Now that I’m on the other side of this unforgettable trek through digital space made real, I can’t recommend it enough. What begins as a curious jaunt through a virtual desert transforms into an eyebrow-raising adventure filled with origami creatures, surreal objects floating through the air, and hallucinatory events that defy description. Sure, I can describe a hovering piece of obsidian slicing a hole in the sky that causes alphabet letters to fall out while turtles spew mud from their bellies, but did that arrangement of words help at all? 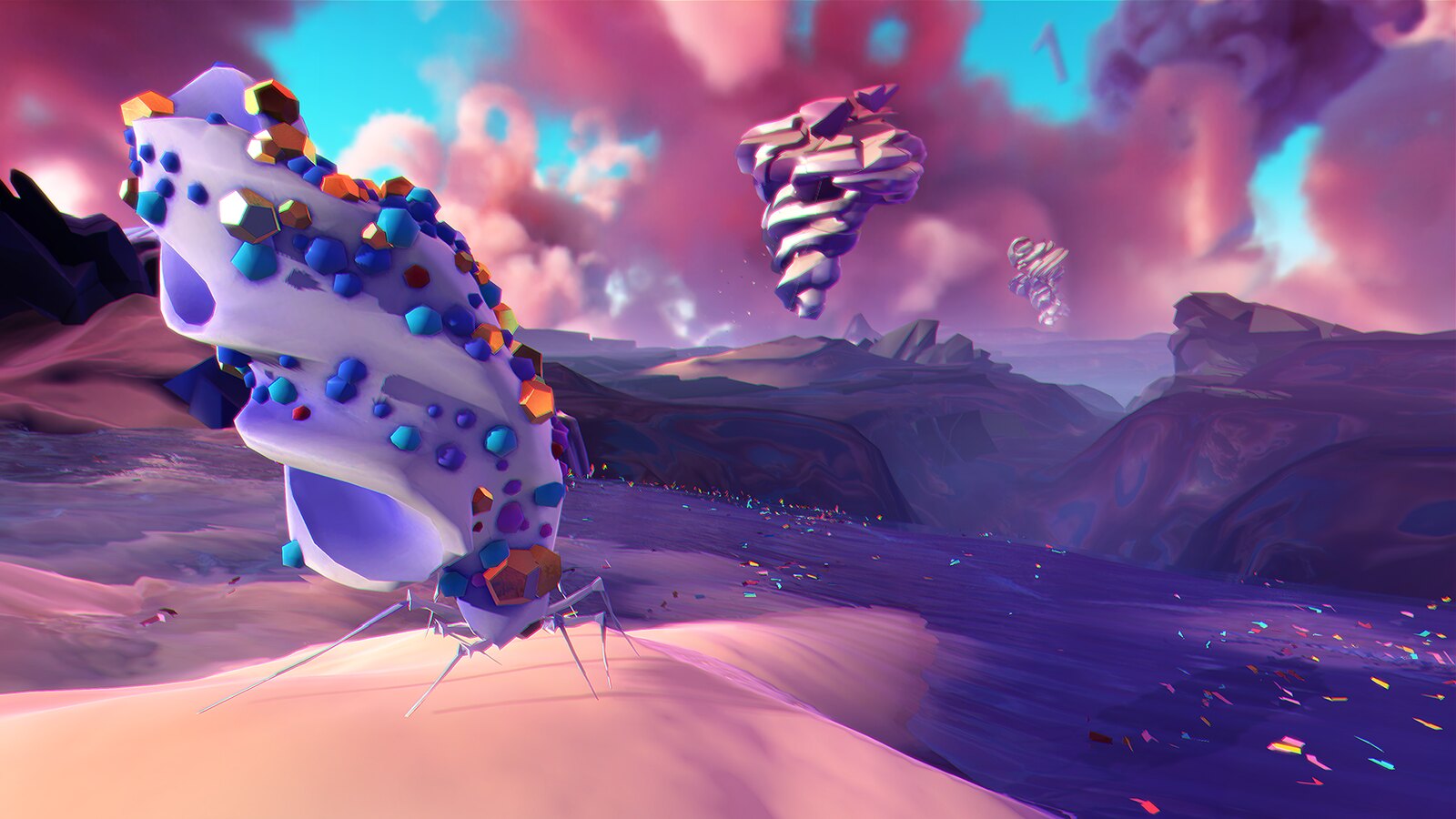 Thankfully, these bizarre moments exist to challenge your perceptions, not just confuse you for the sake of “whoa isn’t this WEIRD?” The concept is that information-based life has formed within a digital space, and you’re a visitor caught up in a turbulent period of creation. However, this virtual genesis needs a helping hand, and this is where actual gameplay takes shape. Using a DualShock 4 or dual-wielding PS Move Controllers, you manipulate these papercraft beings — as well as plants, fabrics, and other materials — to ensure life, uh, finds a way.

Solving these environmental puzzles means pausing to soak up the scenery. What are the animals doing? Do they look stressed? Dehydrated? These moments are where Paper Beast really shines, as you’re forced to just stare and deliberately consider what is happening in the world. I frequently found myself gazing at the alien horizon and admiring not just the set piece in front of me, but how this whole data-driven ecosystem was put together. It’s easy to get lost in the world and simply… exist. I spent many moments watching paper predators stalk their prey and diamond-shaped bugs go about their business. It’s all thoughtfully, artfully structured and a treat to experience.

Navigation follows a bit of the same dream logic that shapes the world itself. You don’t directly control your movement, but rather use a pointer to warp from spot to spot. Some may prefer more traditional 1-to-1 movement, but to me, this slightly detached experience helped cement the outsider-looking-in perspective. In dreams, it’s often hard to move precisely how and where you’d like… but then at the same time, you can magically “be” somewhere else without really processing the transition. So you’re both stuck and free at the same time, as you are in Paper Beast – dreamlike through and through.

As you play, various creatures cross your path and seemingly try to help you. One ominous, crystalline being turns out to be a life saver, and another shaggy dog (made out of shredded documents?) tries its best to dig out helpful paths. By the time the final scene played out, new friends in tow, I felt a genuine swell of emotion. We did it! But uh, what was “it?” And where are we now while the credits roll? I have my theories, but that’s the beauty of the narrative here — there isn’t one concrete answer. 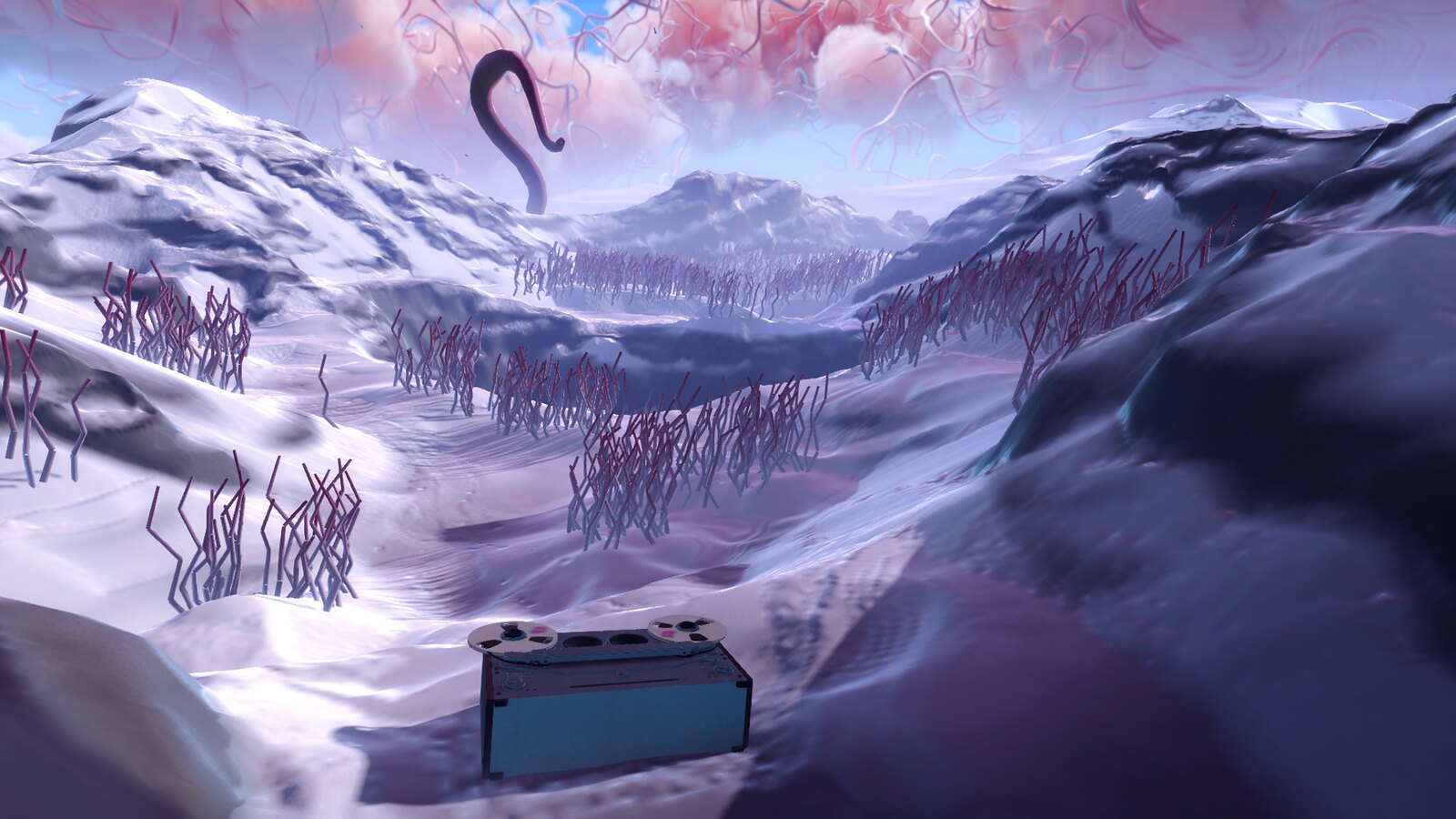 The sense of alien wonder and ambiguous expression echo Another World / Out of this World, a notable adventure game from Paper Beast designer Eric Chahi. Both games have minimal to no HUD, dialog, or overt storytelling, and place the player in a strange realm. Finding your way through with so little to go on is exhilarating, and with PS VR that experience is all the more engrossing.

Paper Beast is unlike anything I’ve played in years, and well worth a look if you’re eager for a strange and unique trip through a burgeoning digital world.