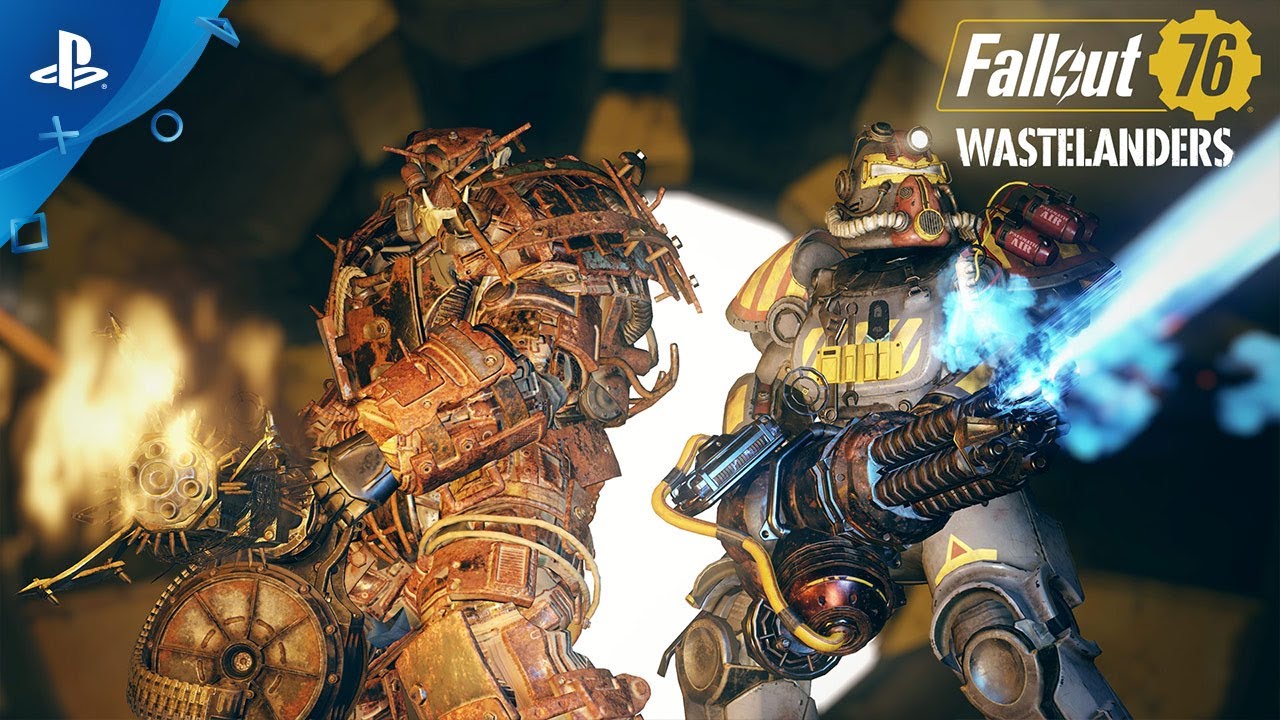 Lead Designer Ferret Baudoin at Bethesda Game Studios spoke with us about some of the biggest changes you’ll experience in the new expansion.

How does the new questline fit into the existing main quest? Do players need to be a certain level to enjoy the new quest material?

The Wastelander questline is really two separate stories. The first story arc you get immediately after leaving Vault 76 and it’s centered around a new watering hole called The Wayward. The Wayward is run by the friendly (and sometimes grumpy) bartender, Duchess, who has a fair bit of trouble she needs help getting out of.

Duchess points players to Fallout 76’s base questline, as well, and players can mix and match between doing the new storyline and the original. The original quests also have additional life breathed into them with new NPCs here and there, plus full conversations with some of the launch characters (like Rose and MODUS).

The second quest arc (and the meatier of the two) starts in Sutton after players have hit level 20. In this quest you’ll meet the Raiders and Settlers and get to the bottom of the mysterious treasure of Appalachia. Although the Wayward line doesn’t get you to level 20 by itself, doing the original questline plus exploring the Forest and Toxic Valley should get you there in no time at all.

Protip: Do the Bureau of Tourism after the Wayward and then do the Toxic Valley Dailies you’re introduced to every day. You’ll fly through the early levels.

How do the new NPCs change the overall experience for players?

Having human NPCs return to Appalachia is a real game changer. They add so much life across the board. They need help, tell some stories, offer quests… and in addition to all that they fundamentally react to the world of Appalachia and give players a chance to roleplay and express themselves.

The changes made by people coming to Appalachia are evolutionary in nature. A year has passed, and as new people have arrived, they’ve adapted to what they’ve found and have tried to find their place in West Virginia.

There are also new hostile human enemies you can face, which add more tactical nuances to our combat system. There are the chem-addicted Blood Eagles, who are enemies to everyone not in their gang (even, and maybe especially, the Raiders). And then there are the mysterious members of the Cult of the Mothman. Besides adding more variety to the enemy line up – they’re also a good source of secondhand armor and Stimpaks.

New NPCs are everywhere. You’ll find them along roads or in settlements, and they’ve even taken over quite a few existing locations and made them their own. Players can find NPCs in the greatest concentration around the Forest and Toxic Valley. The more dangerous areas of the map are a challenge for them, just like they are for players.

The two new factions have their own base locations: Crater and Foundation. What can players do in both locations?

Crater and Foundation are dynamic settlements full of shops, work benches, and people you can talk to and learn about the Raiders and Settlers. If you’ve played any Bethesda title, it should feel like coming home. The NPCs have their own routines as they go about their daily lives. They sleep, they work, and sometimes they all gather for a good old fashion Appalachia jam session in the evening.

So either settlement is a great place to make your home away from home among people you’ll come to care about.  Settlements are also a source of new Daily Quests for the player to explore.

How does the new Reputation system work with the new Factions? Will I be able to experience the storylines for both factions or do I have to side with one over the other?

Both the Settler and Raider factions have a Reputation track that can be adjusted in both positive and negative ways based off a player’s actions and activities. Players start hostile with the Raiders (meaning Raiders outside of their base, Crater, will shoot the player on sight) but as players climb the ranks they can eventually be allied with them. It’s well worth getting in good with these new factions because they offer a variety of useful and powerful gear and recipes for sale.

During the main quest, players will get to interact with both factions. But there is a point of no return where players must choose one over the other. The side the player chooses will get hefty reputation bumps as the story continues, but players can still work towards becoming friends with both by doing the faction’s Daily Quests.

How has dialogue been revamped and how does it work with the game’s existing Perk card system?

Players can now have deep, fun conversations with living characters. When we were designing the system, we were really using Skyrim and Fallout 3 as our touchstones. There’s no set number of choices and there are many options based off of a player’s S.P.E.C.I.A.L. attributes or previous decisions they’ve made.

We tried internally to have responses based off players’ Perks, but since players can swap out their Perk Cards at will, it led to a lot of micromanagement that was more annoying than entertaining. Instead the writers went nuts adding a host of S.P.E.C.I.A.L. checks. The upshot is seen through the course of the story; players will feel like it’s reflecting who they are and the decisions they’ve made.

What new event and activity types have been added to the game?

The new Wastelander events (Riding Shotgun and Radiation Rumble) both involve some of the NPCs you’ll be interacting with. With Riding Shotgun, players sign on to help the Blue Ridge Caravan Company escort pack brahmins through the dangerous Big Bend Tunnel. Players don’t do this alone, with Blue Ridge NPCs helping and talking as the event progresses. It adds interest, humor, and reactivity that feel really fresh in Fallout 76.

Radiation Rumble is a Public Event geared for level 50+ players who want to help scavengers mine the irradiated Emmett Mountain Disposal Site. Besides braving the toxic goo, the site is teeming with enemies eager to kill anyone they come across. If all the scavengers die, then the mission is a bust, so it will require coordination between some players defending the scavengers and others mining ore. All of this while the clocks (and the Geiger Counter) are ticking.

One of the core activities Wastelanders adds is gathering Gold Bullion to buy the fantastic end-game gear that’s sold in Crater, Foundation, and a third location that’ll be revealed during the main quest. After completing the main quest, players get Treasury Notes from Wastelander Dailies and Public Events that can be turned into Gold Bullion at Gold Press Machines (up to a certain limit per day). This gives players something to work for over time as they unlock more and more of the cool gear unique to Wastelanders.

We can’t wait to see you in Appalachia!