Marvel’s Spider-Man, Just Cause 4 and The Golf Club 2019 Join PS Now in April 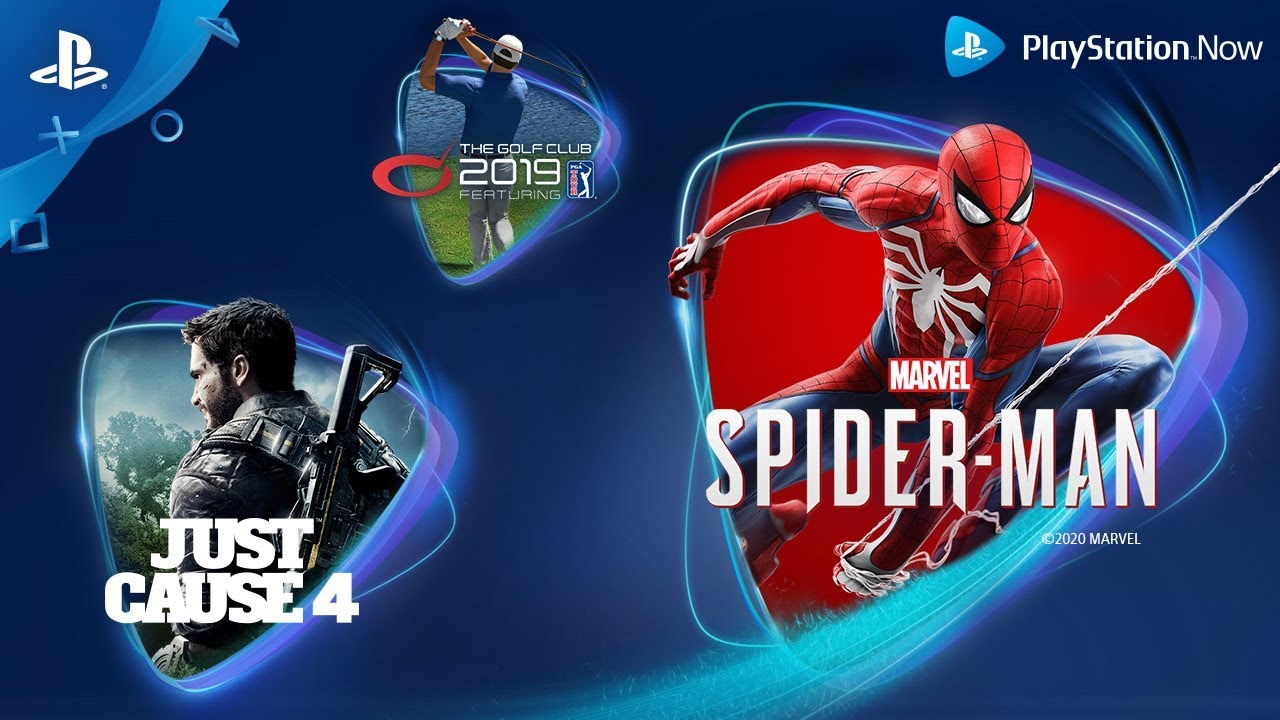 Web-sling across Marvel’s New York, soar through South American skies, or keep your feet on the green and putt for glory.

PlayStation Now players, prepare to perform super heroic feats this month as a trio of PS4 titles join the service. Protect Marvel’s New York by battling Super Villains in Marvel’s Spider-Man, survive weaponized superstorms and hi-tech mercenaries in South America with Just Cause 4… and get a hole in one at TPC Scottsdale’s No.16 hole in The Golf Club 2019.

Let’s take a closer look at the games.

Available to download (PS4 system only) and stream until Tuesday, July 7

Explore a new chapter in Marvel’s Spider-Man universe as a more experienced Peter Parker. Starring one of the world’s most iconic Super Heroes, Marvel’s Spider-Man features the acrobatic abilities, improvization and web-slinging that the wall-crawler is famous for, while also introducing elements never-before-seen in a Spider-Man game. From traversing by parkour and unique environmental interactions, to new combat and blockbuster action, it’s Spider-Man unlike any you’ve played before.

Available to download (PS4 system only) and stream until Tuesday, October 6

Epic action awaits as you wage war against The Black Hand, a hi-tech private military organization ensconced in the exotic open-world of South American country Solís. The group are packing military-grade hardware and have found a way to weaponize extreme weather from towering tornadoes to tropical lightning storms. But as rogue hero Rico Rodriguez, you have unparalleled aerial mobility thanks to your instantly-deployable wingsuit and parachute. Add in your fully-customizable grappling hook, growing arsenal of weapons and the ability to drive — or pilot — any vehicle and you’ve got the makings of a blockbuster adventure.

…or to give it its full title: The Golf Club 2019 featuring PGA TOUR. The “featuring…” part is an important one, as it sees seven real-world spots – including TPC Scottsdale – join the already sizable range of fictitious courses that will challenge golf fans. This sim has game modes aplenty to suit your golfing preferences: make a name for yourself in the PGA TOUR Career, challenge other players in multiplayer, or build your dream course in Course Designer.

If you haven’t tried PlayStation Now yet, now is the perfect time to give it a spin with the seven-day free trial* for PS4 and PC. Download the more than 300 PS4 (and PS2) games in the service to play on your PS4 or PS4 Pro system, or stream any of the 800+ PS2, PS3, and PS4 games to your PS4 or PC.