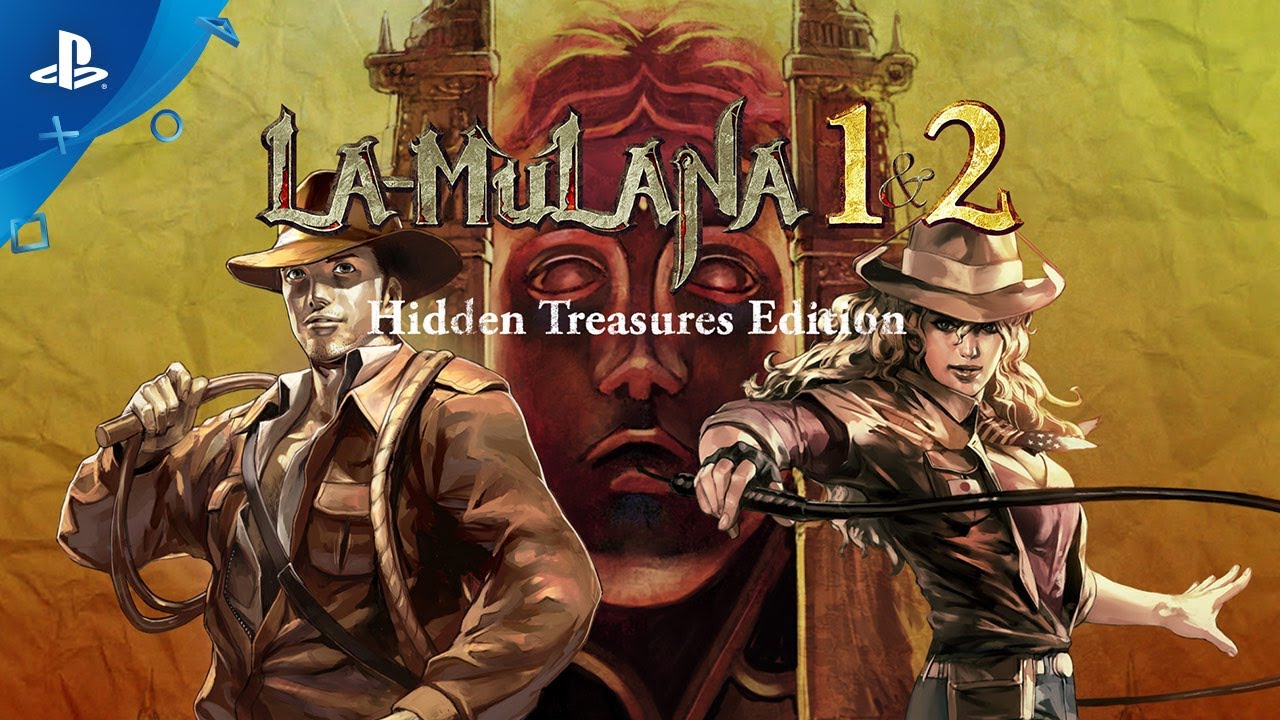 Dive into the depths of this long-loved classic, available on PS4 today.

Challenge your wits and reflexes in the incredible platformer La-Mulana 1 & 2, available now!

La-Mulana 1 features the archaeologist Lemeza Kosugi and his adventure in exploring ancient ruins that supposedly harbors great treasure and the secret behind the origin of life. In La-Mulana 2, Lumisa Kosugi, his daughter, investigates the sudden appearance of monsters in the ruins while also searching for the whereabouts of her now-missing father.

This non-linear metroidvania throws the player into the unknown, with plenty of deadly foes, wicked puzzles, and diabolical traps that stand between them and the ultimate truth behind the world.

Join us for this exclusive interview with creator Takumi Naramura about game design, story development, and lessons learned!

What inspired the aesthetic?

The art concept began with imagining what modern beautiful pixel art would look like if it evolved from the limited color palette frequently used in retro games.

However, just making it more colorful wouldn’t necessarily make it better. I think the limited color combinations and contrasts were the key to beauty of that time, so I tried to make it so that the colors of the walls and backgrounds in La-Mulana as a whole resonated beautifully with one another.

How did you balance the characters’ light-hearted humor with the game’s underlying dark and somber setting?

Personally, I don’t really read books. When I was a child, grown-ups told me to read books, but I rebelled and read only manga. In other words, I don’t have the foundation or know-how for constructing novels, which I make up for by utilizing a more playful writing style, rather than a serious one.

But there are many retro games that take place in a “serious” world or setting but have comical dialogue. I really like that kind of mood or atmosphere; if it’s usually lighthearted, the impact of any serious story development becomes greater.

Was there anything you learned from designing and developing La-Mulana that you applied to La-Mulana 2? If so, what was the most valuable lesson?

The first version ever developed was designed without much thought. When that was remade, it was completely redesigned so we could be proud of it as a consumer-facing product [as it was no longer just a passion project]. Although it’s a game whose story is more structured around lighthearted dialogue, I thought it essential for it to also convey a deep and immersive setting.

During the development of La-Mulana 1, I studied ancient civilizations and collected a lot of materials like photographs and books. Though I kept it at a Wikipedia level in my research to avoid being overly serious, and limited my book exposure to more suspicious ones, like those closer to occult genres rather than fine research.

The research that did not go into the first’s remake was used up in the sequel, La-Mulana 2. Speaking of which, the greatest focus for La-Mulana 2 was its in-game mythos (that was based off of Nordic mythology) as it was important to link this mythos to that of the first game and create a consistent game universe overall.

The left is a sketch of an immortal war zone based off of Midgard in Nordic mythology. I followed the tradition of a map portraying an area surrounded by seas, then plugged in map symbols accordingly.

It’s a bit hard to understand this map because its size is reduced in game, but the important part was to have it impart onto the player an air of mystery and ambiguity when they look at it—such an atmosphere is crucial for La-Mulana 1 & 2.

How did you find the balance between difficulty and the player having fun when designing puzzles?

To be honest, I’m not very good at thinking up puzzles, which led to difficulty in thinking of ways to entertain players through them. Nevertheless, instead of providing explanations and excessive tutorials, I intended the puzzles to be that once you continuously attempt it, you will gradually be able to understand it [like trial-and-error].

In the beginning, puzzles were prepared so they could be solved using clues located in the same scene. As the game progresses, it becomes increasingly difficult to find the clues, scattered throughout multiple areas, and generate the solution. Eventually, the player will end up using the entire map to solve puzzles. This method of puzzle-solving was not the aim in the first, original version.

In addition, those who played the first version were a huge help. From the numerous uploaded playthroughs, I saw many players evacuate the area immediately after solving a puzzle because they were wary of any traps I may have set. I believe this taught me what the essence of La-Mulana was in reverse: when it came to entertaining players, the answer was to play to their sense of distrust.

Most of Japan’s elementary school boys are interested in ancient civilizations, aliens, and ghosts. For my generation, if you were to mention “archaeologist,” the first thing that would come to mind is Indiana Jones along with his iconic wide brim hat and whip. 80s Hollywood movies were also influential.

At the time of La-Mulana’s remake, I watched all four Indiana Jones films, along with The Mummy and Tomb Raider, but only Indiana Jones was used as reference.

The 12 crystal skulls from the fourth Indiana Jones film was a concept I wanted to use since La-Mulana. But now, there are studies that reveal these crystal skulls are actually out-of-place artifacts. That’s how I found that the deeper you delve into and research ancient civilizations, the higher the chance that the romance behind all the mystery fades. Because of this, I centered my studies around sources like Wikipedia and occult-like materials.

My imagination has run wild ever since I can remember. Of all the different mythologies in the world, I’d have to say Egyptian is my favorite, which is why I made sure to play games like Assassins Creed and Assassins Creed: Origins. But since there are similar myths all around the world, I liked to play with this idea that maybe each culture’s mythology was based on a same historical and global event. La-Mulana is the outcome of these imaginations that culminated in my adulthood.

In La-Mulana 2, the shopkeepers are cameo characters from other video games. Where did that idea come from?

Most of our fans from the early days of Nigoro were into retro computer games. I thought that component should not be forgotten while doing the remake, so I parodied the titles of retro PC games for the shopkeepers’ names.

For La-Mulana 2, we had the opportunity to add bust-up illustrations for them. I strongly believed in still preserving the parody, which led me to reference the games in these illustrations as much as I could without getting in trouble. However, some of the storekeepers were changed during the porting process as there was a request to have these characters rewritten so that their resemblance to already existing figures does not anger their respective creators.

This bothered me quite frankly, as they did not understand the concept of parodies whatsoever. I thought, “If I have to redraw them so they’re not parodies anymore, then I might as well call up my indie game friends and ask them to make a cameo!” And that’s how that collaboration and cameo came about.

Could you ever see your game become adapted for the big screen?

If I did this though, I would totally get in trouble because then I’d be doing nothing more than shamelessly appropriating Indiana Jones. You’re trying to set me up, aren’t you?

But, we at Nigoro do deeply wish to widen our scope outside of games someday.