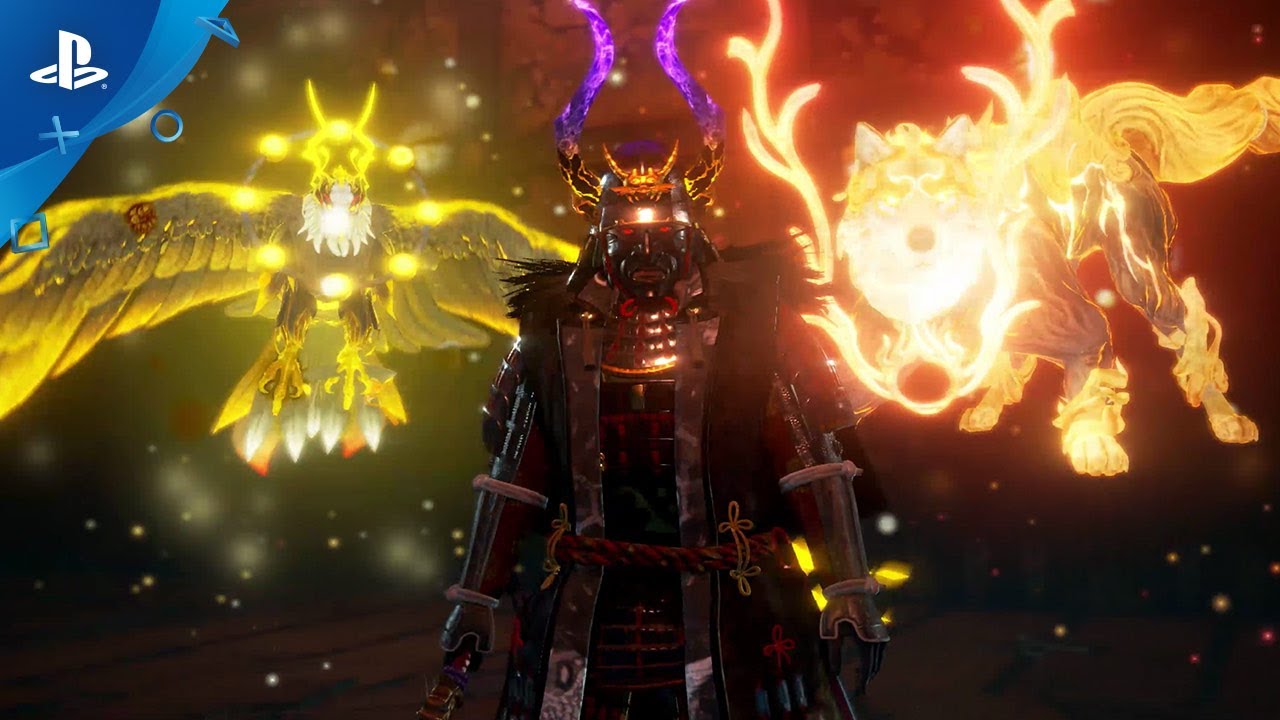 Your essential guide to Team Ninja’s PS4 masocore epic, detailing how best to use its new abilities and retuned favorites.

When Nioh first launched in 2017, its unique vision of feudal Japan and the terrifying yokai inhabitants made it stand out from the ever-growing selection of titles in the masocore genre. The stance system was unforgiving but immensely satisfying, ensuring calls to git gud echoed around the gaming world like never before.

Three years later, and with the samurai adventure’s follow up on the horizon, the stance system remains at the heart of Nioh 2. But this time, Team Ninja have granted players with new Yokai Abilities in their fight against the demons lurking in Sengoku-era Japan. What this means is that while all those hours sunk into the original game will put you in good stead for the fight ahead, there’s plenty of new challenges to overcome and skills to learn if you are to be victorious.

As the gorgeous launch trailer arrives and with the game less than two days away, we’ve put together some expert tips to help you make the most of your new abilities and survive the first few hours of Nioh 2, whether you’re a seasoned veteran or are new to the series:

1. Choose weapons that suits your style

Nioh 2 offers a wealth of starter weapons to choose from, with your character carrying two from the get-go. Favorites from the original game and its DLCs return, but it’s the new double hatchets and switchglaive that many players will be keen to try.

The hatchets allow for swift hacking at your foes, and holding Triangle allows you to toss one of the blades towards distant enemies. The hatchets are relatively weak, but their lightning quick attacks make them a good choice for players who prefer speed over brute force.

The switchglaive, meanwhile, offers three very different styles depending on your stance. Hold the blade in a low stance and it can be used much like a dagger, slicing quickly. Mid stance transforms it into a spear-like weapon, with a medium reach that allows you to keep attacking yokai at bay. Switch to a high stance to turn the blade into a lethal scythe, spinning around you and slamming down onto your opponents with incredible force.

Pro tip: Choosing a combo of weapons which offer different approaches to battle is a good place to start. One heavy hitter alongside a faster blade is recommended for those new to the series.

Your stamina, or Ki as it’s known, is just as important as your life gauge in Nioh 2. Every dash, dodge and weapon swing depletes it and if you find yourself fully out of Ki, you won’t be able to attack or avoid an incoming blade. The result of this is often a quick death.

While Ki will gradually recover over time, the Ki Pulse is your secret to success. After each attack, a blue glow will surround your character. A well-timed tap of R1 when this appears will create a Ki Pulse, causing your stamina to jump significantly. Learning to do this is the key to survival as it allows you to go on the offensive for longer periods.

Pro tip: Running Water: Heaven is a Samurai Skill which allows you to dodge away from an enemy and perform a Ki Pulse at the same time. It’s a game-changer in the middle of battle and is a skill you should aim to unlock as early as possible.

Nioh’s protagonist fights in three different stances — high, medium and low — meaning you can use each of your weapons in three ways with a tap of R1 + Triangle, Square or X. Mastering the differences between these is vital to establishing yourself as a true yokai slayer.

Pro tip: With some practice, you’ll learn to change stance mid battle, allowing you to perform a Ki Pulse at the same time and giving you the opportunity to rain continuous blows down on your opponent with lethal results.

Yokai Abilities are new to Nioh 2, thanks to the half-human-half-yokai protagonist, and offer a fresh advantage in battle.

Early in the game, you’ll be introduced to the Burst Counter, activated by pressing R2+Circle. The Counter briefly activates your yokai form and teleports you through your enemy’s attack, leaving a spectre of yourself behind which, if hit by the incoming attack, massively damages your opponents health and ki. Timing is everything with the Counter, but get it right and you’ll be well rewarded.

Additional yokai abilities can be gained by finding Soul Cores during your journey.

Pro tip: Watch closely for a red flash around your enemy. This is your signal to activate the Counter and deal some serious health and ki damage.

Soul Cores are a new item and are dropped by the more powerful yokai you face. Once attuned at a Shrine, the Cores give you the ability to use some of the notable skills of the yokai you stole it from. The first one you’ll come across is taken from the huge ape-like Enki and imbues you with the ability to jump in the air and toss a spear down onto your enemies, dealing massive damage and often turning the tide of battle.

Assigned to R2 + Triangle or Square, you can equip two of these skills at a time alongside your Burst Counter.

Pro tip: Your ability to perform yokai abilities is locked to your Anima Gauge, a new gauge which appears as a purple bar below your Ki. This can be replenished by defeating enemies and absorbing other Soul Cores.

6. Learn to use the Yokai Shift

When your Amrita Gauge is full, the ability to activate Yokai Shift opens to you. Press the Triangle + Circle buttons together to complete a full metamorphosis from samurai to yokai. While in this form, you become almost invulnerable and your attack power massively increases. In the early hours of the game, there are three different forms you can take, based on which Guardian Spirit you choose. These allow for differing abilities, so choose wisely based on the enemies you’ll face:

Pro tip: Having trouble taking down a tough opponent? Return to a Shrine to change your Spirit Guardian and try a different approach in your Yokai form.

7. Call for help from beyond the grave

The world of Nioh 2 is littered with the souls of fallen warriors, shown as both red Bloody Graves and blue Benevolent Graves. Activating a Bloody Grave raises a samurai from the earth for you to go head-to-head against, with the chance of gaining some powerful loot if you defeat them, but it won’t be an easy fight.

Benevolent Graves, new to Nioh 2, allow you to call on the support of a fallen player’s spectre, who will appear as an NPC and fight alongside you until your mission is over, or they are defeated. You need Ochoko cups to call on an aide, which can be found by defeating souls from Bloody Graves.

Pro tip: Righteous Jasper is a new consumable in Nioh 2 which, when used, creates a Benevolent Grave where you stand. This can be used by other players to call on your spectre for support.

In Nioh 2, powerful yokai have the ability to drag you into The Dark Realm. Once there, your ki will struggle to recover and yokai will become more powerful. You’ll find chests locked and shrines unusable, making it dangerous for even the most experienced warrior.

To escape the Dark Realm, you’ll need to find the yokai who has dragged you in. While they won’t be taken down easily, once defeated, they’ll drop useful loot, and chests and shrines will unlock.

Pro tip: Yokai are more powerful in the Dark Realm, but since the protagonist is half yokai, it might be a good place to test out your new yokai skills…

The Shrines you’ll find scattered throughout Nioh 2 offer a brief respite from the challenges of your journey. Pray at them to replenish your health, restock your items and act as a respawn point should you be defeated… But be warned, your departed enemies will be resurrected too.

Shrines allow you to use amrita to level up your character and claim blessings from the adorable green Kodama you’ll discover hidden in each level. Offer up an Ochoko cup and you may even be able to summon another player to help you on your quest.

Pro tip: Shrines appear as green dots on your map. You’ll know you’re near when you hear the high-pitched chanting of the Kodama.

While many of Nioh 2’s biggest challenges will still lie ahead of you, with these tips, you stand a better chance of survival during the first few hours of Team Ninja’s samurai epic. The thrill of taking down a massive brute of a boss is one of the game’s most satisfying elements, but you’ll need to hone your skills if you’re to face Nioh 2’s most lethal opponents when it launches on March 13.