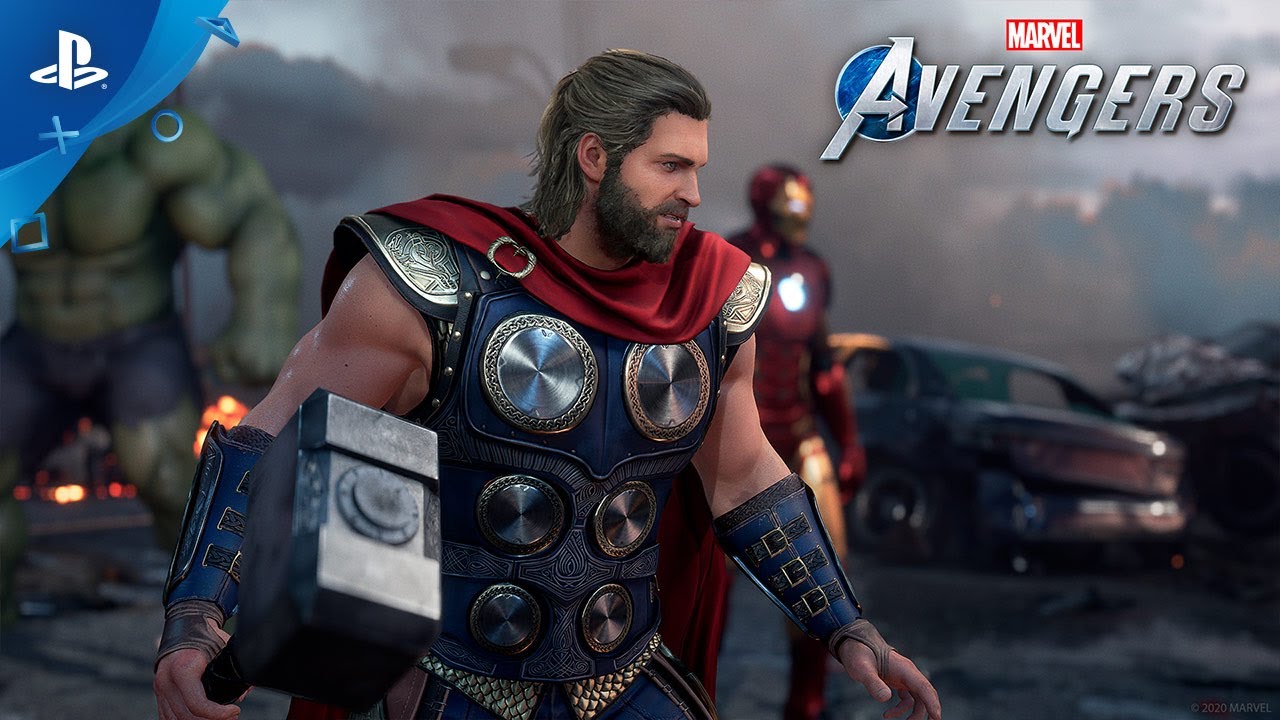 Since we revealed Marvel’s Avengers, we unleashed an 18-minute trailer detailing the havoc of A-Day, revealed the inspirational Ms. Marvel as a playable character, and now, we’re ready to talk about some of the additional benefits for playing on PlayStation 4, the multiple editions available, and the pre-order bonuses that include some bespoke yet recognizable outfits. We’re also releasing a new trailer that shows more gameplay and new explosive moments from the game!

We’re honored to be working with Sony to bring Marvel’s Avengers to PlayStation 4 players, and with that, comes unique benefits along with being able to play the Beta first. Let’s start with the Exclusive Digital Edition available only on PlayStation Store. This edition comes with 1,000 Credits, used in game for Super Hero customization options. In addition, you’ll also get an exclusive Ms. Marvel nameplate that exudes the bright and cheerful nature of Kamala Khan.

If you pre-order on PlayStation 4, you’ll also receive a team nameplate that can be equipped on any of the core six Avengers, an exclusive and sassy Ms. Marvel “Talk to the Hand” Emote that will make anyone’s face understand, and an exclusive PS4 Theme (Digital Only) that includes a simple yet slick hex pattern to brighten up your display.

Adding a little nostalgia for every Marvel fan, pre-ordering Marvel’s Avengers will also let you be the proud owner of the Marvel Legacy Outfits, which are inspired by moments from the comics that defined who each Avenger was as they embraced their powers to become the icons they are today.

Captain America’s bravery shines in this Front Line Outfit from his time enlisted in the military during World War II. Iron Man was able to deceive his captors by building armor that looked liked this Iron Will Outfit to escape. The first time Black Widow’s iconic black suit appeared in the comics, it looked like this Classic Stealth Outfit – complete with the Widow’s Bite. Thor’s winged helmet, chest installations, and red cape were his trademark from the very beginning of his origins, reflected in the Asgard’s Might Outfit. Before Ms. Marvel went on one of her first missions, she made a makeshift costume that looked like this Greater Good Outfit. Finally, when the Hulk first emerged, his massive body tore through Bruce Banner’s clothing to resemble an experiment gone wrong, much like this Breakthrough Outfit.

We also have a Deluxe Edition and Earth’s Mightiest Edition (our version of a Collector’s Edition), each with their own heroic content. The Deluxe Edition contains the Obsidian Outfit Pack, where each Avenger is fashioned with metallic versions of their Iconic Outfits. With golden accents throughout, the Avengers are ready to inspire hope in the people of Earth who have become fearful of the existence of Super Heroes. There are also six nameplates that are Obsidian-themed to fit the overall Deluxe Edition aesthetic. Finally, you’ll get 72-hour early access to jump into the world of Marvel’s Avengers! For those getting the physical version of the Deluxe Edition, it will also include a 1-month free subscription to Marvel Unlimited, which is an online subscription service that lets you enjoy over 25,000 Marvel digital comics.

Finally, Earth’s Mightiest Edition is for the biggest of Marvel fans, the collectors of unique items, and for those who want something special to commemorate Marvel’s Avengers. In addition to all items from the Deluxe Edition – including an Avengers A icon SteelBook® Case – it features keepsakes of each of the core Avengers drawn directly from in-game narrative. This includes a full color 12” statue of Captain America, a Hulk Bobblehead you might recognize from inside our Kamala trailer, a Mjolnir Keychain, Black Widow’s Belt Buckle, Iron Man’s Prototype Armor Blueprint, Kamala Khan’s Honorary Avenger Pin, and a commemorative Avengers group photo!

Phew, that was quite the amount of information, but we hope we painted a better picture of what you can expect with all the editions and bonuses for Marvel’s Avengers when it launches on September 4, 2020 for PlayStation 4!