Get to Know the Sprawling World of Cloudpunk, Coming to PS4 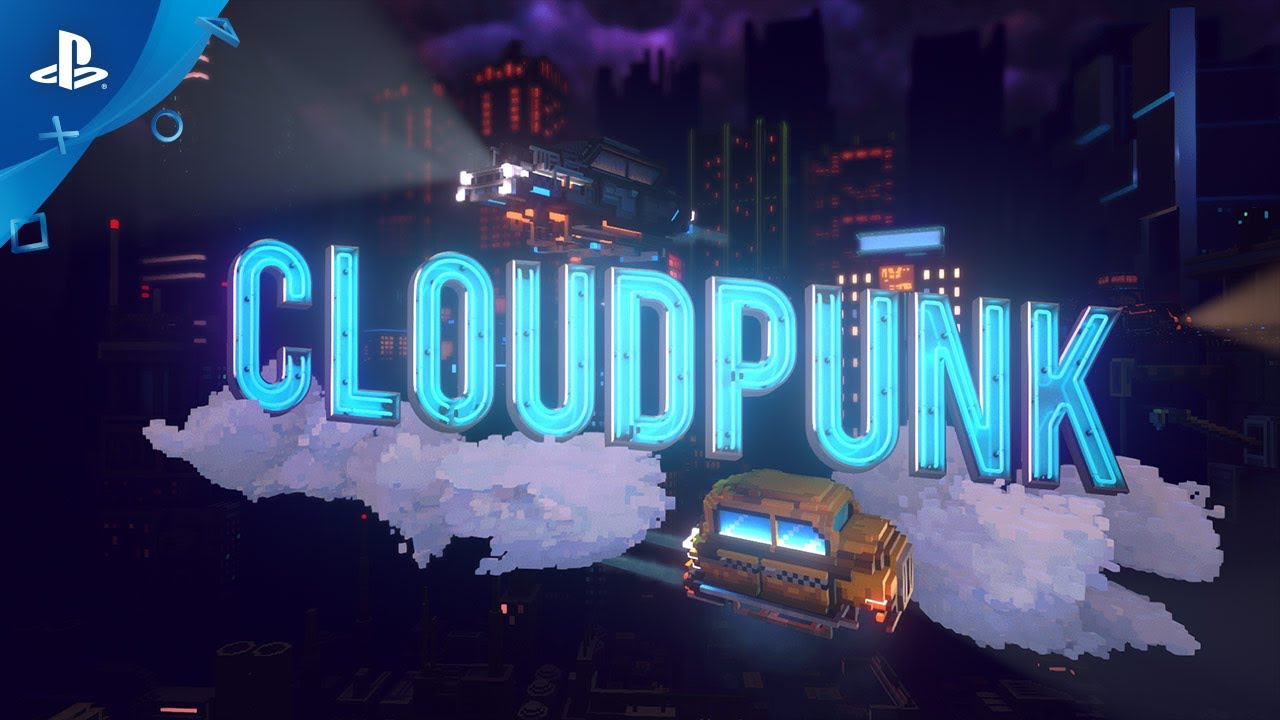 Are you ready to experience a cyberpunk city?

I’m Thomas Welsh, lead writer and narrative designer on Cloudpunk, and I’m part of a small team that’s creating the most vibrant, weirdest cyberpunk city ever seen in a game. That city is called Nivalis, and in Cloudpunk, you get to spend one crazy night living and working there. You’ll make friends and enemies, visit underground nightclubs and gardens in the sky, meet the richest and poorest in society, and interact with humans, androids, cyborgs, and people that blur the boundaries between all three.

When I came onboard to help Marko (our project lead) create Cloudpunk’s story, I had the greatest opportunity any writer can be offered! I was presented with a beautiful voxel world that the player could fly around or explore on foot, and Marko had just one job for me.

“Fill this world with stories large and small – drama, tragedy, action, and comedy, and a cast of characters as weird and wonderful as you can imagine.”

It was a dream project!

To help me write for this open world, narrative-focused game, we looked at story-based games we loved. Games like Firewatch, Disco Elysium, and Kentucky Route Zero. Taking these as inspiration, I wrote an overarching main story as well as a hundred little side stories for the player to explore. Within those stories, Cloudpunk offers some tough moral choices for the player – choices that will change the lives of the people living in Nivalis forever.

The main plot of Cloudpunk follows the ordinary life of delivery driver Rania during her first nightshift in the city. I’ve always loved games and movies that took place over the course of one crazy night: Die Hard, The Warriors, Arkham Asylym. That’s the kind of night we want you to have when you’re playing Cloudpunk!

Nivalis stretches high into the clouds above and plunges down through the ocean waves below. It’s neon-streaked and noisy, filled with jazz and synth-pop, and it’s almost always raining. When designing the city, we were inspired by movies and games, but also by real places like Shinjuku in Tokyo, Hong Kong and Seoul.

As you explore Nivalis at night, you’re accompanied by your grizzled Cloudpunk call handler Control, and your only friend is your AI dog Camus whose personality has been uploaded into your flying car.

You’ll meet many more characters throughout the night too. Characters like BlockFourOh, a robot gang pursued by the authorities because of their urban renewal projects. Or Dolly, a pop superstar who has been replaced by an android doppelganger. Then there’s Huxley, a malfunctioning robot PI who can only talk in clichés. Or maybe you’ll come across Gorgothoa, a malfunctioning elevator that thinks he’s a reincarnation of a flesh-eating elder God.

There’s no shooting, combat, RPG stats, or unlockable skills in Cloudpunk. Instead, Cloudpunk is about the city you explore and the characters you meet. You’ll also search out rare collectibles for delivery, like antique video game “cartridges” to sell on the black market, or digital tapes that contain the deleted memories of your android neighbor.

Life in Nivalis is tough but it’s only by forming new connections with the strange residents of this vast city that you’ll make it through to the morning light.