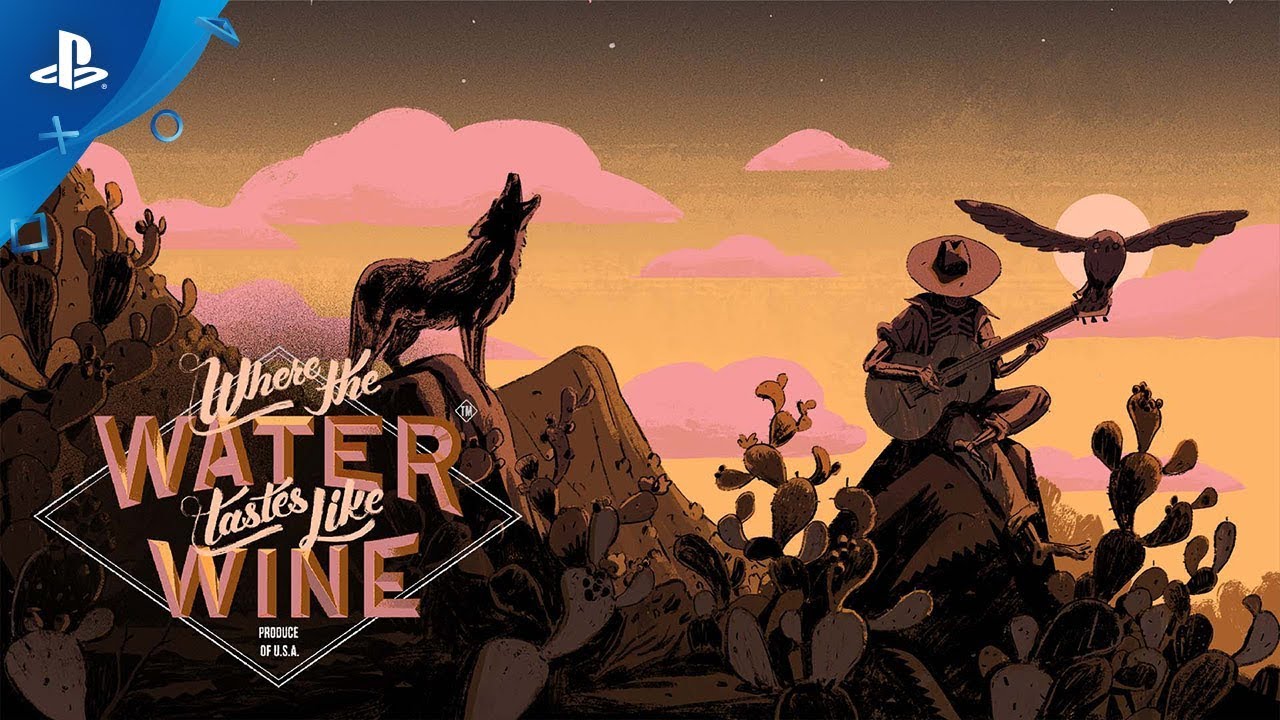 Meet a few of the intriguing characters from a fantastical Depression-era America.

We are happy to announce that the award-winning narrative game, Where the Water Tastes Like Wine, is coming to PlayStation on December 2!

Where the Water Tastes Like Wine is a game about wandering Depression-era America, collecting stories ranging from tales of terrifying ghost children to the legend of Pecos Bill. After gathering these tales, you’ll share them across the campfire with the characters you meet. The game has 16 different characters, and in a unique twist, each was written by a different writer.

Here are a few:

There’s Jimmy, the wandering preacher. Written by Austin Walker, Jimmy tells the player about his family, his faith, and the communities that he interacts with along the way. He also talks about his time in World War I, and because Austin is a wrestling fan, he talks about the wrestling circuit, and his father’s time performing on it.

There’s Althea, the blues performer. She sells her soul to the Devil to be the best, but his deal doesn’t work out so well for her. But is it any worse than her alternatives? The talented Gita Jackson wrote her story, and it’s an amazing ride. The voice actor Kimberly Brooks (Mass Effect 3) brings Althea to life as she tells you her story.

And Bertha, the dust bowl refugee. She’s played by Cissy Jones (Firewatch), and written by Emily Short. Bertha’s farm in Oklahoma fails when the droughts and winds hit, tearing up the ground and making life nearly impossible in the new wasteland. She goes to California in search of a better life for her and her family, but at every stage she’s denied fair pay, places to live, and almost everything she needs.

And then there’s Quinn, the hobo kid. They were kicked out of home, like many older children when the Great Depression hit, and now they ride the rails with their trusty dogs – and a sharp knife. Voiced by the amazing Melissa Hutchison (The Walking Dead) and written by Claris Cyarron, they tell the player stories of travel and life as a hobo in the worst hard times the US has ever seen.

There’s far more to these four stories, and there are twelve more characters to meet! And in addition, there’s the person who gives you your quest — the mysterious wolf. Voiced by Sting, the wolf-headed man wins a game of poker and consequently curses you to wander the land, spreading the stories you find far and wide. You’ll see him at other times, too — each time you succumb to hunger or exhaustion, or if one of your adventures leads you to death. And then one final time when you finish your task…

I hope you find what you’re looking for!