Valfaris: 6 Tips to Help You Run-and-Gun to Victory, Out Today 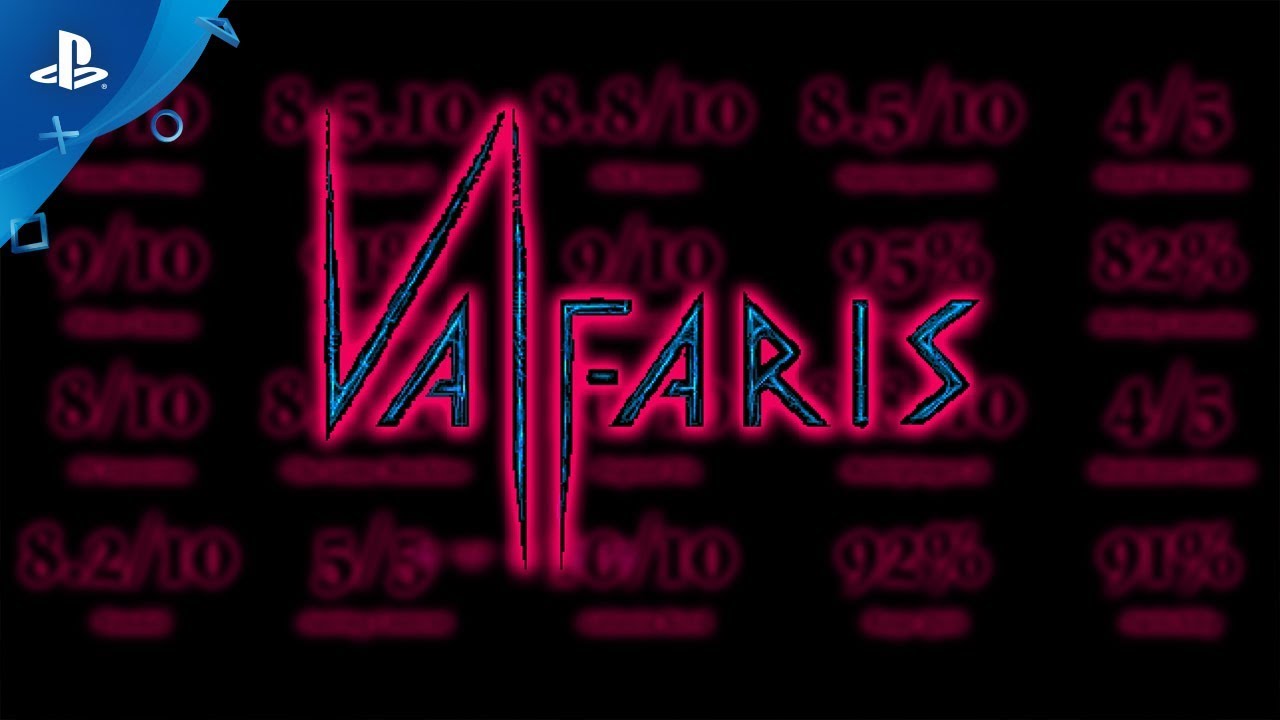 Get a head (banging) start as the heavy metal action-platformer launches on PS4.

Valfaris is an action-platformer drenched in gore and heavy metal launching on PS4 today. The hero is Therion – a long-haired space warrior on a mission to kill everything that either a) moves, or b) gets in his way. And it’s a tough game. But is it tougher than you? Only you can answer that. Either way – BRING IT ON! (but do yourself a favor and take heed of these tips first, yeah?)

1. Use Resurrection Idols to either power up or play safe

Here’s Therion standing between a Resurrection Idol (on the left) and a checkpoint:

The reward for doing this is a more powerful Therion – the more Resurrection Idols he’s carrying, the greater his Health and Energy levels are. The risk is having to respawn at the last checkpoint you activated, which may not be the nearest one and consequently requires more retracing of steps.

Resurrection Idols can also be exchanged at the end of each level for another of the game’s resources – Blood Metal. These are used to upgrade Therion’s weapons, so the more Blood Metal you have, the faster you can upgrade for more powerful tools of destruction.

Here’s Therion exchanging Resurrection Idols for Blood Metal at the end of a level. Note how the Health and Energy bars in the top-left corner shrink as the Idols are used:

How you choose to use Resurrection Idols is entirely up to you – power up or play safe?

2. Seek out those secret areas

Bit of an obvious one this, but worth a mention all the same – there are secret areas to discover around Valfaris and they are well worth hunting for. They always reward intrepid players with either a weapon, Blood Metal, Resurrection Idol, or other kind of pick-up. And there’s also a Silver Trophy to be nabbed for finding all 22 secret areas in a single playthrough.

To get you off to a good start, here are some giant arrows showing where you can find the four secret areas in Valfaris’ first level:

Landing Pad secret area #02 – drop through that gap, but beware as there’s a large enemy lurking down there:

Landing Pad secret area #03 – kill the bad doggy to open the door behind it:

Landing Pad secret area #04 – use the hanging cables to gain access to the gap in the ceiling:

With names such as ‘Bringer of Mayhem’ and ‘Hellwraith’, it’s no surprise the weapons in Valfaris are serious bits of ass-kicking kit. There are 19 different weapons spread across three different classes – Primary, Melee, and Destroyer – and all of them can be upgraded for even more extreme means of extermination.

Weapons start at Rank 1 and can be powered-up to Rank 3 using Blood Metal – a valuable resource that can be found hidden around Valfaris, collected from some downed enemies, or obtained in exchange for Resurrection Idols at the end of a level. It’s possible to upgrade weapons to Rank 4, although to do so requires a much rarer material called ‘Blood of Valfaris’ and these should really be reserved for fully upgrading your most favourite kill-toys.

As tempting as it is to spend any Blood Metal you find as quickly as possible on upgrading your weapons, it’s worth waiting until you’ve found and tried a few other weapons besides your starters. You can’t retrieve Blood Metal once it’s been spent, so you want to make sure you’re using the material on your preferred weapons.

I tend to hoard all my Blood Metal until obtaining the Envoy of Destruction, a Destroyer class rocket launcher, towards the end of the second level and then spend all of them at once upgrading it as much as possible.

4. Exploit the full power of the shield

In addition to your selected Primary, Melee, and Destroyer weapons, you also have a shield that can be used both defensively and offensively. As you’d expect, keeping the shield activated protects Therion from incoming projectiles and melee attacks, at least until its energy is fully depleted (it loses energy each time it takes a hit).

In addition to its basic function as a shield, if you activate it just before a projectile makes contact, the incoming missile or missiles become held in the shield’s stasis field. The trapped projectile/s can then be deflected back towards the enemy by deactivating the shield. This ‘shield counter-blast’ move is most definitely worth mastering (see it in action in the gif above).

And when things get up close and personal, the shield can be used not just to avoid taking damage from an incoming melee attack, but to also temporarily stun the would-be assailant, giving you an opportunity to deliver a deadly riposte.

All the weapons are a whole heap of fun to use, but it’s the super-powered Destroyer class guns that are the deadliest. However, unlike the Primary class weapons, these heavy-duty bad boys drain Energy and won’t work if there’s not enough juice to power them.

In order to keep Energy replenished and your Destroyer class weapon in business, you need to use your Melee class weapon – any enemies you slay with it release blue orbs of Energy which are absorbed by Therion. Get in the habit of constantly switching between using your Melee and Destroyer weapons – that way you’ll prevent your Energy from becoming fully depleted.

And it’s not just enemies that release Energy when whacked – lights, crates, turrets, neon pink sacs of alien goo… if it can be destroyed with a sword, then it’ll leak Energy. So, if your Destroyer’s hungry and in need of an Energy boost, whip out your blade and get busy!

6. Keep your ‘Clear Game’ save – Full Metal Mode is coming!

When you beat Valfaris – yes, you can do it! – be sure to keep the ‘Clear Game’ save file. Why? Well, there’s a New Game+ mode called ‘Full Metal Mode’ currently in development that we’ll be releasing as a free update in the not-too-distant future and it will be automatically unlocked if you’ve already completed the game.

In Full Metal Mode, all weapons, upgrades, and upgrade items are carried over, so you’ll be nicely equipped and powered-up right from the get-go. There will also be an additional Destroyer class weapon to eviscerate foes with. However, enemies and bosses will be tougher and more aggressive, and Therion will take more damage, so get ready for a challenge that’s even more metal i.e. prepare to die a lot all over again!

Valfaris is available to download now from PlayStation Store. Have fun and keep it metal!