A Look into the Original World of Marvel’s Avengers 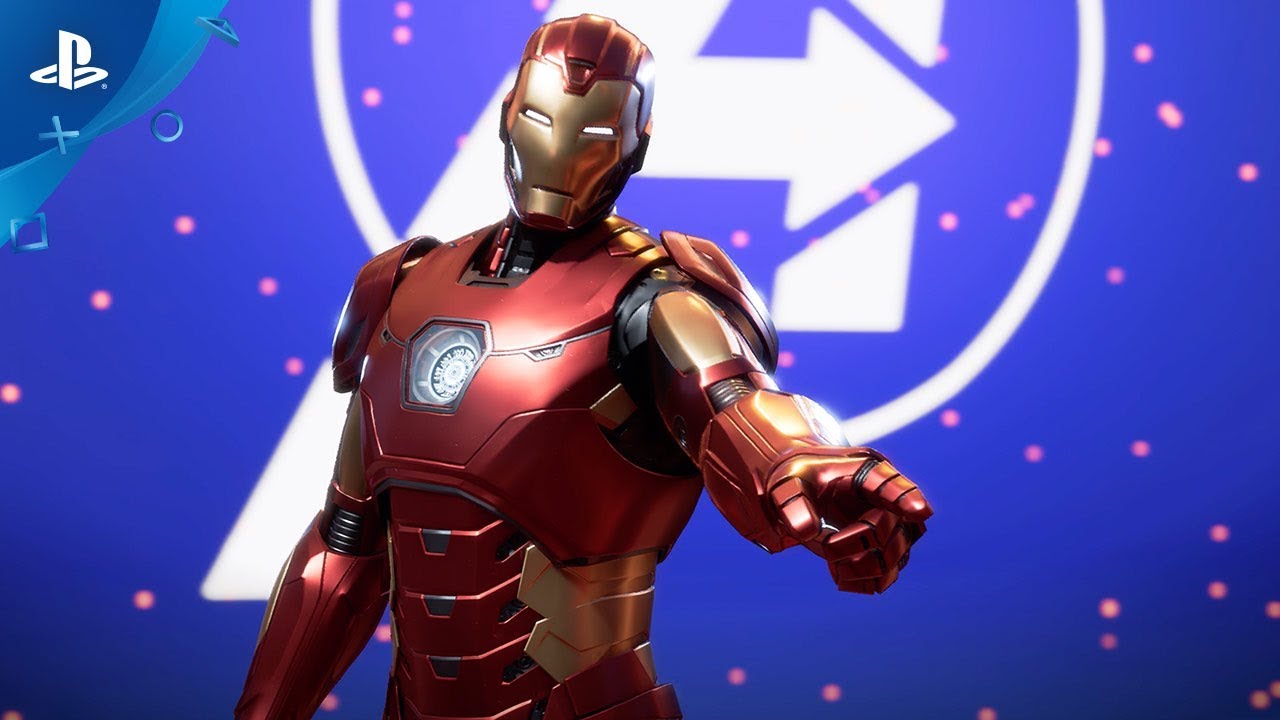 Crystal Dynamics opens up about tailoring loadouts to your playstyle, mission variety details, and more.

The Avengers are a complex group of Super Heroes, and that complexity takes center stage in the team’s upcoming original, action-adventure spectacle currently in development at Crystal Dynamics. While the super-powered ensemble is traditionally celebrated as a group of heroes, the catastrophic event that kicks off their newest journey paints them as villains.

But the responsible way to wrap your head around a larger-than-life experience like Marvel’s Avengers is to observe the facts. As such, here’s some key intel we’ve gathered on the upcoming blockbuster action game during a chat with Studio Creative Director at Crystal Dynamics, Noah Hughes. We also received a concise video that highlights exciting new details around Super Hero customization, mission variety, and the insidious AIM’s influence on society.

Asymmetrical co-op is a big focus

Not a shocker here, but the Avengers’ unique combat styles complement one another.

“We know everyone is wondering how co-op works, and we’re excited to go into more detail in early 2020,” Hughes says. “However, we can give a quick overview in the meantime! As you see in the video, there are two different types of missions: Hero Missions and Warzone Missions. Hero Missions are single-player only and are part of the overall Campaign. These Hero Missions are specific canvases to showcase each hero as you reassemble them to your growing roster. Warzone Missions can be played solo or with a group of up to four players as any Hero in your roster, allowing you to embody an Avenger within a team of Avengers! Each mission scales based on the team size and makeup.”

“While you’ll be taking control of iconic characters, player choice is important to our experience. Players can customize each of their Hero’s Gear, Skills, and choose from a diverse array of Outfits, all of which creates a personal experience. For instance, one player might play Thor as an AOE damage dealer controlling the crowd, but an ally could build him up primarily focused on melee tactics. It is critical that we deliver the true feeling of being each unique Super Hero — it’s the Avengers after all!

You can fast-track straight to multiplayer if you want

Or hey, you can head right into the co-op missions that exist outside of the campaign if you prefer, after completing the introductory “A-Day” battle. “The caveat there is that you’ll be exposed to spoilers” from the campaign, Hughes cautioned.

Your character progress will be persistent between modes

Another thoughtful touch from Crystal Dynamics. Your character’s progress will persist across different play modes, so you can jump between the campaign and co-op missions whenever you want without missing a beat. Another bonus: you and a friend can team up online, and the game will scale the difficulty to accommodate. A feat worthy of the Avengers!

There are many ways to customize your Super Hero abilities

As you gain levels, you’ll be able to purchase new abilities via skill trees. Though many of these skills will upgrade your attack power, you’ll also be making choices between different build types.

“We have a vast amount of Gear unique to each Super Hero in Marvel’s Avengers, each with its own rarity, stats, and Perks to unlock,” Hughes says. “When we say ‘play your way,’ we mean it. Players can dive deep into min-maxing their hero build through Skills and Gear. Players can switch out Gear and choose which pieces suit individual playstyles as new, better Gear is discovered or earned, allowing them to further tune their playstyle.”

“For Gear — the real powers are found by unlocking their innate Perks. Perks are unique modifiers tied to Gear that augment or enhance how each Super Hero plays — examples of Perks are the ability to unleash an AOE Burst upon taking damage or faster recharging Heroics. In addition, Branded Gear Sets, which enable more custom builds with stat bonuses are present in the game. Gear — and Skills — are a foundational part of our progression system and allow players to really flex their creativity. This, combined with the crazy number of purely cosmetic Outfits available for each Super Hero, will make everyone feel unique. What you’re seeing in the Game Overview video is pre-Alpha so it’s subject to change and evolve as we develop the game.”

New suits will be cosmetic only

The game’s detailed visual customization will allow you to unlock (or purchase) new suits and outfits as you play, but the fashion upgrades won’t affect gameplay. There will be “…no loot boxes, no pay-to-win, you’re not going to be paying money to beat the game or be better at the game,” Hughes clarified.

Outfits will be a combination of fan favorites from comics, the colorful and rich designs present in eighty plus years of Marvel history and new designs that are completely original to the game.

The growing influence of AIM…

What would a world where Super Heroes live be without insidious powers to keep in check?

“AIM, or Advanced Idea Mechanics, rises from the ashes of ‘A-Day,’ when many people were affected by the Terrigen mist from the reactor explosion. AIM feels that those affected must be cured,” Hughes says. “A growing public sentiment is shaped that Super Heroes are dangerous and if left unchecked, they could wreak more havoc than good. AIM wants to define mankind’s future with reason, with logic. They believe in science, not Super Heroes, and that this devout purity to science will make the world a safer, stronger place; which also means Super Heroes can’t be left to roam freely.

“Due to this doctrine of science, AIM has mobilized an AI force to protect the rest of us against super powered individuals while claiming to research a cure for those affected by A-Day.”

“Having 80 years of history to draw from, we’ve recreated classic AIM characters from the comic books through the Crystal Dynamics lens, such as the Keeper (our version of the iconic AIM Beekeeper), our version of the Synthoid, or the all new Monotronic Exo; this is how AIM stands toe-to-toe as humans versus Super Heroes. And this is just the start. However… AIM’s pursuit of a technocratic utopia, if left unchecked, could unleash an even greater threat to the world that only the Avengers could stop. It’s up to players to unravel the AIM conspiracy, reassemble the Avengers, and save the Earth.”

The characters are really in-depth

Any worthy Avenger has a Swiss Army knife of skills that lets them adapt mid-combat. Crystal Dynamics is creating characters with robust battle options.

“I am very much enjoying Black Widow the most right now,” says Hughes, “I love her agility and combos. Black Widow’s grapple allows her to zip around, she’s got pistols which give her really good range, and she’s got Widow’s Bite and various equipment as some of her specials…”

“Her gauntlets have special attacks — you may have seen there are a couple Heroics you can trigger through Skills players can modify or upgrade, like her trademark Widow’s Bite. She’s also got her tonfa, which are awesome, and she can also combine them into a deadly bo staff. There’s just a wide and wild range of unique skills she can put into action.”

Post-launch characters will come at no additional cost

Though Crystal Dynamics isn’t discussing the number of post-launch Super Heroes planned, Hughes clarified that sheer quantity itself isn’t the goal. “We treat each of these Heroes as wanting to be able to star in their own game… The truth is the hardest thing is deciding which Heroes to not make.”