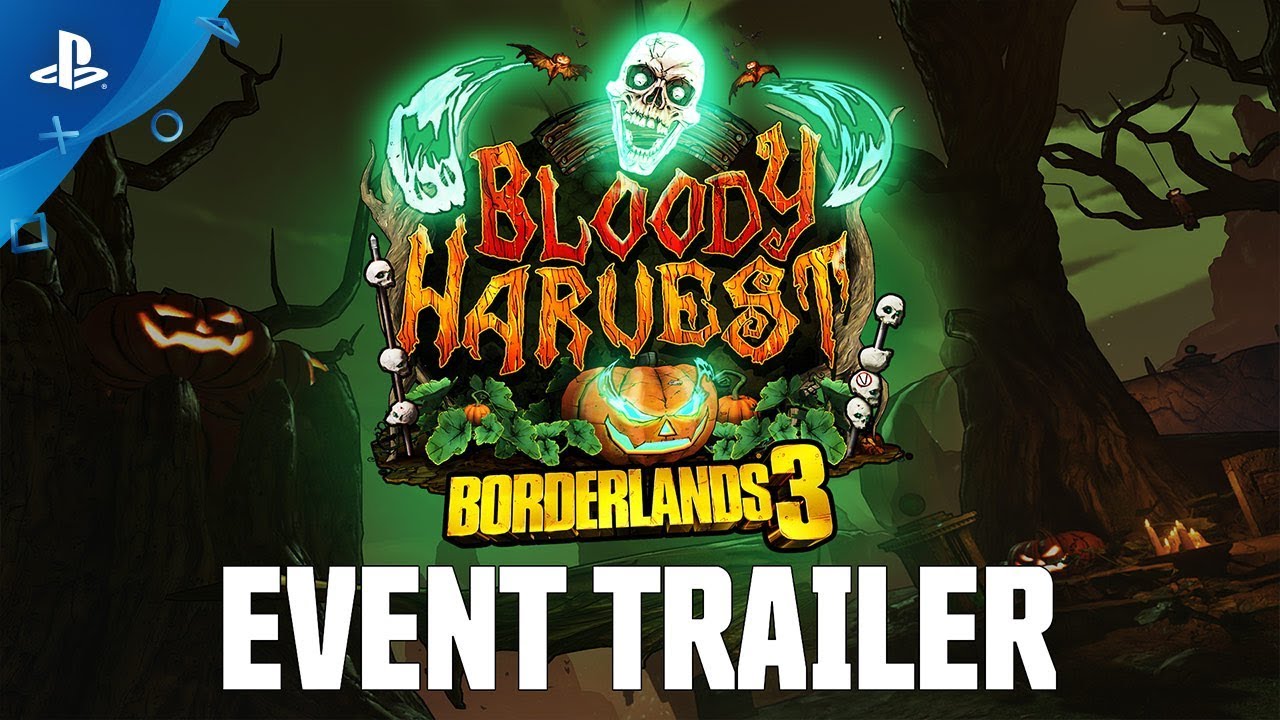 Bloody Harvest Marks Gearbox’s first foray into seasonal content, but it won’t be the last...

Hey Vault Hunters! Starting today, Bloody Harvest – Borderlands 3’s first Event with a capital “E” – is available for free to all players, and with it comes a new boss, new map, new Terror gameplay mechanic, new Legendary weapon, and more! Check out the trailer above for a quick look at what’s in store.

Now that Bloody Harvest is here, we wanted to take this opportunity to talk not just about Bloody Harvest but also about Gearbox’s execution of “Event” content as a whole, since prior to Borderlands 3, Events weren’t something Gearbox had ever done as a studio.

To start, let’s define what Events actually are. In a nutshell, Events are repeatable missions that put a twist on combat throughout the entirety of the game (in Bloody Harvest’s case, the introduction of Haunted enemies scattered through the galaxy) and eventually reward access to an Event Map and Boss. Events contain cosmetics unlockable via Event Challenges, a new set of unique gear, and Anointed weapon parts that are only available during each Event. After the Event, those items become unattainable, though any gear or cosmetics earned by players remain in their inventories.

We came up with the earliest concept of what became Events almost two years ago in December 2017. At the time, we had three primary goals:

In the very first pitch for Events, we expected players to start a new character. Events would have released bi-monthly, and we were even considering leaderboards. I’m a huge fan of games like Path of Exile, Warframe, World of Warcraft, and Diablo 3, and the way they handle post-launch content inspired me in different ways. Path of Exile has an immovable release schedule and Challenge Leagues; Warframe has incredible scheduled and reusable content; and WoW and Diablo 3 do great seasonal bits.

We needed to boil those various bits down, put our own spin on them, and turn it all into something that would work for Borderlands 3. Over time, player characters became something we wanted players to stick with, rather than encouraging players to make new ones. It turned out leaderboards don’t work without dedicated servers because it’s easy to fake/cheat your way to the top. A bimonthly release schedule is more or less untenable. Et cetera. But the things that stuck around were: limited-time loot, Event Challenges, and the idea that we could affect the entirety of Borderlands’ combat without breaking the whole damn game.

On to Phase Two

Once we had a plan in place, we then had to figure out how to bring it to life in-game. As Borderlands 3’s first post-release content, Events encountered a host of challenges due to the fact that our content would be the first to release following the launch of the game. We found solutions, but ultimately, there was one very robust piece of tech that provided the backbone of how Events work.

This part gets a bit technical, but essentially: we ended up piggy-backing off of the game’s streaming system because Jasper Foreman, the coder who wrote the Spawn System, was simultaneously able to create a major component we needed for Events. Thanks to his work, we gained the ability to affect anything that spawns or dies across the entire game. This was a huge win for design. In the end, one relatively small piece of blueprint handles the entirety of the world mechanic (i.e. what players see in the regular game with Haunted enemies in the Bloody Harvest event).

With this tech in place, we had what we needed not only for Bloody Harvest but for Events content in general. So naturally, we have plans for more Events and, more importantly, plans for branching out from holidays (though we will totally do those too). We get to be really creative about what we are adding in the future, and that’s fun – because when we have fun making stuff, players have fun. That’s how Borderlands gets made. We will eventually get back to things like Mercenary Day, but for now, enjoy Bloody Harvest and thanks for the continued support!