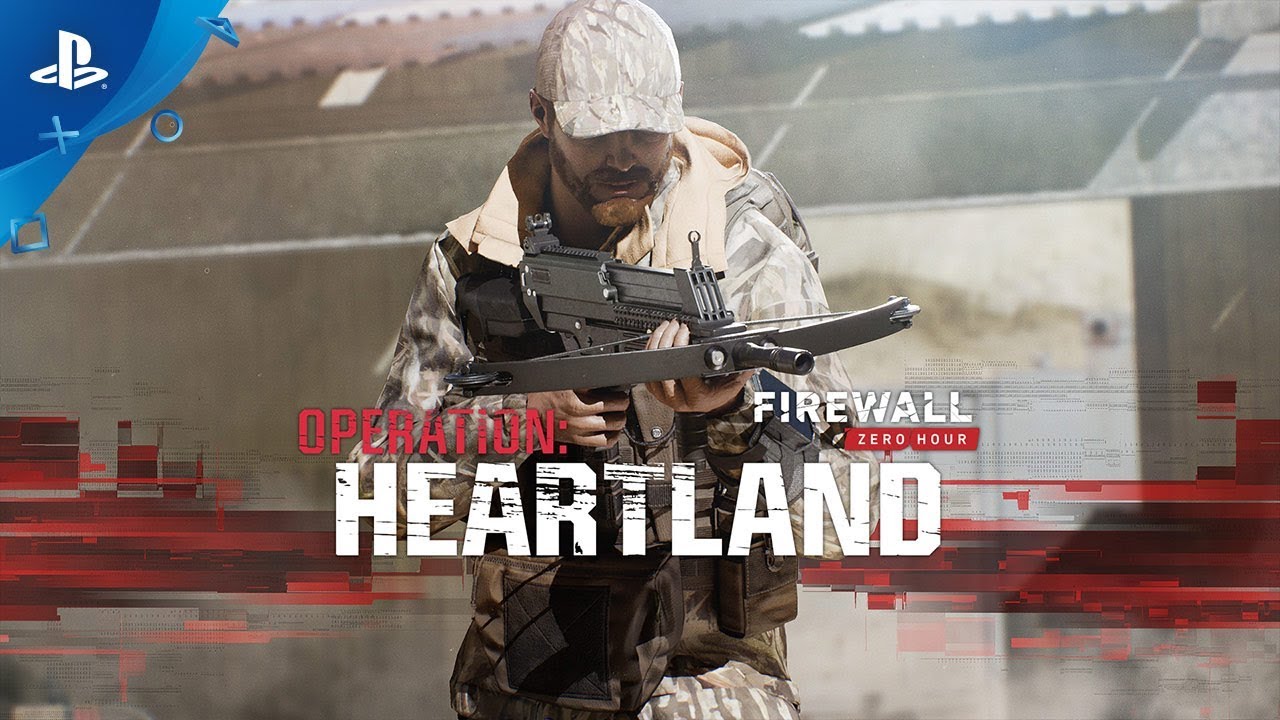 Arriving October 22, our latest Operation finally brings our Contractors to the Heartland — the land of Red, White, and Blue — the United States of America! The trailer above will give you a taste of what’s in store this season. You can never be too prepared, Contractor.

To recap last season, our Contractors were dropped into the underworld of Operation: Dark Web. Players welcomed a ton of new content added to the game, including two new maps (Newsroom and Cargo), two new Contractors** (Kane and Proxy), two new weapons (Z1 Reaper and Sten), and three new pieces of equipment (Motion Sensor, Instant Smoke, and Concussion Mine). Not too mention the vast amount of cosmetic rewards, earned by players completing weekly missions throughout the eight weeks.

With the launch of Operation: Heartland, we keep the momentum going! All players can complete this season’s Free missions to earn Free cosmetic rewards, and with an Op Pass ($9.99 USD), players unlock additional Premium and Bonus missions weekly, for additional cosmetic Rewards.

Here’s a full rundown of what’s coming in Operation: Heartland.

Operation: Heartland will have two new maps, free for all players, with the first map — Prepper — launching tomorrow. The Prepper map takes place in a doomsday prepper’s bunker network, somewhere on the edge of Arizona, and the edge of society. Keep an eye on the TV screens and conspiracy boards existing in the Prepper bunker. You never know what you might find!

Players will also find themselves immediately in this scene when loading up the game, as the Prepper bunker is the new Main Menu and Lobby environment this season. Later on this season, Operation: Heartland’s mid-season update coming November 26 will introduce another brand new free map to players, called Gauntlet. Gauntlet is a training ground located in the state of Virginia, and will be an instant favorite for fans of Firewall Zero Hour’s Shoothouse map.

This season brings two more Contractors into the fray! The two new Contractors and their Skills are accessible via the Operation: Heartland Op Pass. The first Contractor, available tomorrow, is Bear. An expert hunter and tracker, Bear grew up in the state of North Carolina, and later served his country as a marksman in an elite military division. His Skill of “Hunter” removes the red enemy chevron above his character. Players are sure to be fans of running as Bear, with his expert stealth “Hunter” Skill making him even harder for enemies to detect! Additionally, coming mid-season on November 26 is a second Contractor, Dom. Dom is our first Contractor from France, and his Skill of “Survivalist” will allow players to receive an additional downed state.

Operation: Heartland’s mid-season update will bring a new piece of lethal equipment to your arsenal: the Nerve Gas Mine. Free for all players, the Nerve Gas Mine unlocks at Level 17 and for 7300 Crypto. The Nerve Gas Mine is that perfect mix of both tactical and lethal abilities in one piece of equipment–making it a great choice for both Attackers and Defenders. After placement, the Nerve Gas Mine is activated by enemies who enter its radius. Once triggered, the mine emits a lethal cloud of gas, causing enemies to take damage over time, and eventually be killed if they stay inside the radius too long.

The TC1 Crossbow is a modern crossbow that shoots bolts, perfect for quieter take downs. The TC1 Crossbow is available Week 1. And coming Week 5 (mid-season) is the Classic Reg K8, an iconic bull-pup design that features a fully-automatic rate of fire. It’s a powerful assault rifle for medium to long distance engagements that packs a punch. Players will use both of these weapons in a variety of new Missions throughout Operation: Heartland.

There are over 24 new cosmetic Rewards are available this season. Upon completion of Missions, a variety of different trinkets, face paints, and camo skins can be equipped by players. In addition to Free Mission Rewards, Op Pass holders have access to Premium and Bonus Mission Rewards. This season also marks the first time that different colored lasers for weapons will be available as Rewards!

One of the most popular items in Firewall Zero Hour, Hack Keys, are available as a bundle with this season’s Op Pass (Op Pass + 25 Hack Keys, $29.99 USD), as well as on their own (5 Hack Keys pack, $4.99 USD). Each Hack Key allows you to instantly complete one Operational Mission. You won’t gain XP for Missions completed this way, but you’ll be instantly awarded full Crypto, in addition to the Mission Reward (cosmetics only). Hack Keys are a great option for players who don’t have as much time to play as they would like. Also, if you have any Hack Keys left over from last season (Operation: Dark Web), you can use them on Missions this season (Operation: Heartland).

Well there you have it!

We can’t wait to see what you think of this season, Operation: Heartland, and all the new content starting tomorrow. Since first launching the game in 2018, Firewall Zero Hour has undergone many updates, and we at First Contact Entertainment have been so grateful for community input, helping shape the evolution of the game. The Firewall Zero Hour community has been amazing, and we want you to keep sending us your feedback.

Let’s squad up and I’ll see you online, Contractors!