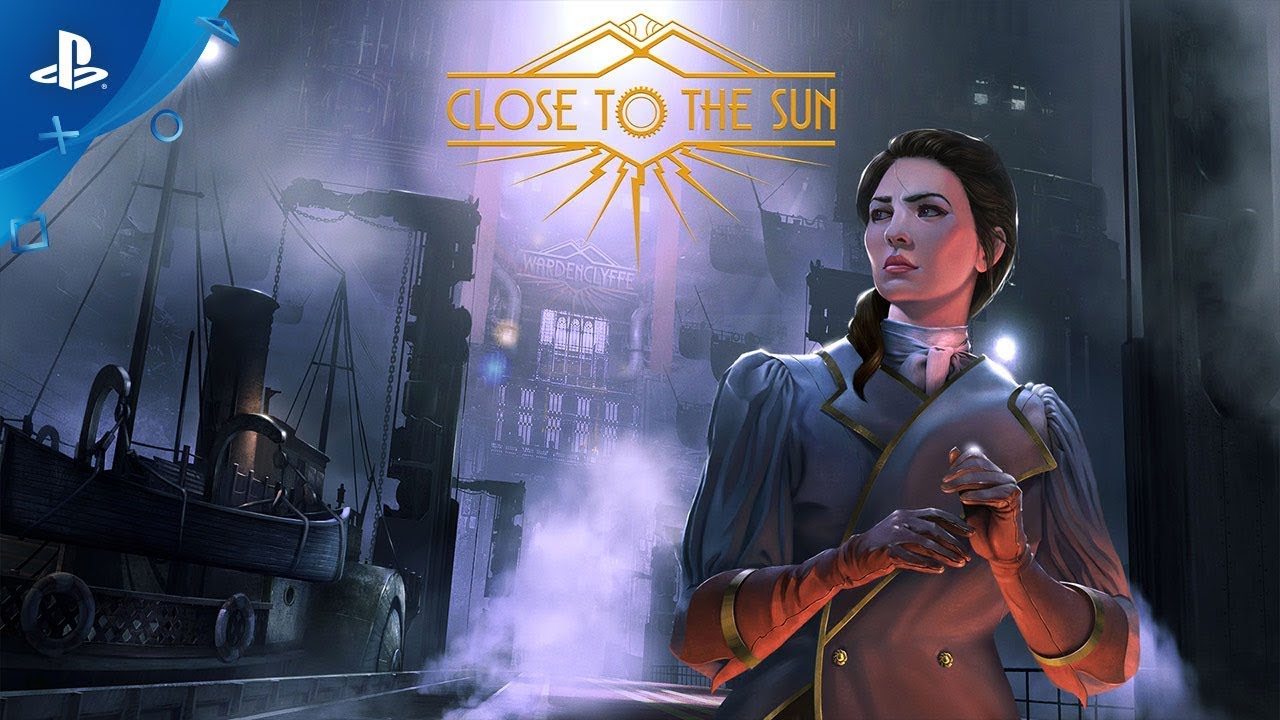 From London to the Helios - how Storm in a Teacup reimagined a city metro to run aboard an ocean liner metropolis.

Hi, my name is Roberto Semprebene. I’m Studio Manager at Storm in a Teacup and our teslapunk horror adventure game Close to the Sun is coming to PS4 on October 29.

Close to the Sun is set in an alternative reality, where the inventions of Nikola Tesla changed the world forever. During development we had a lot of chances to play with styles and technologies, anticipating how both artistic currents and scientific innovation might have developed in our world. Nikola Tesla was a genius and it’s not hard to imagine how he could have driven humanity to new heights. The Helios and everything you’ll find on board is a tribute to his personality and great mind.

One of the things we had to think carefully around was how people might get about such a huge ship, a method of transportation proving necessary in terms of lore and mechanically for both the gameplay and narrative. At the very beginning we had the idea to create a system of elevators that could move not only vertically but also horizontally — but this solution felt clumsy and lacked the grandeur we were looking for.

The railway system was probably the first method of transportation ever to be electrified (as it was moved originally by steam), this gave us the perfect tool to work with, something we could imagine within the lore of the game, it’s hard to imagine a method of transportation more industrial and grand… who ever heard of a ship with an internal railway?!

Our first reference was the London Tube, but we didn’t want to create a “normal” train, so we also took inspiration from the cableways, mixing them with the metro stations concept. This way, instead of a long row of wagons, single carts could run on an intricate system of ceiling rails. We spent a long time on the cart’s design and during the game the player has the chance to experience them from many different perspectives: inside, outside… in flames… destroyed… flying off the rails as a potential hazard… The result: very satisfying and very, very teslapunk!

The stations themselves appear frequently throughout Close to the Sun, so we wanted them to be as interesting and grand as possible. While they had to maintain their common style throughout the game, we enjoyed taking inspiration from real locations around the world — the apartments station has a more iconic look, like Grand Central Station in New York, while the Tesla Tower Station entrance is reminiscent of Paris Metropolitain.

Rose’s journey through the Helios to save her sister won’t be easy and you’ll need to rely on the metro to reach different areas and experience the breathtaking environments we’ve created for the game. The metro cart, like many other inventions on the Helios, can be very dangerous — technology is morally neutral, but it can turn into a weapon even if don’t mean for it to; sometimes our inability to use it, or our neglect, can make it into a deadly tool.

We hope you’ll join us aboard the Helios on October 29 to experience Close to the Sun!