Inside the Music of Concrete Genie, Soundtrack Out Now 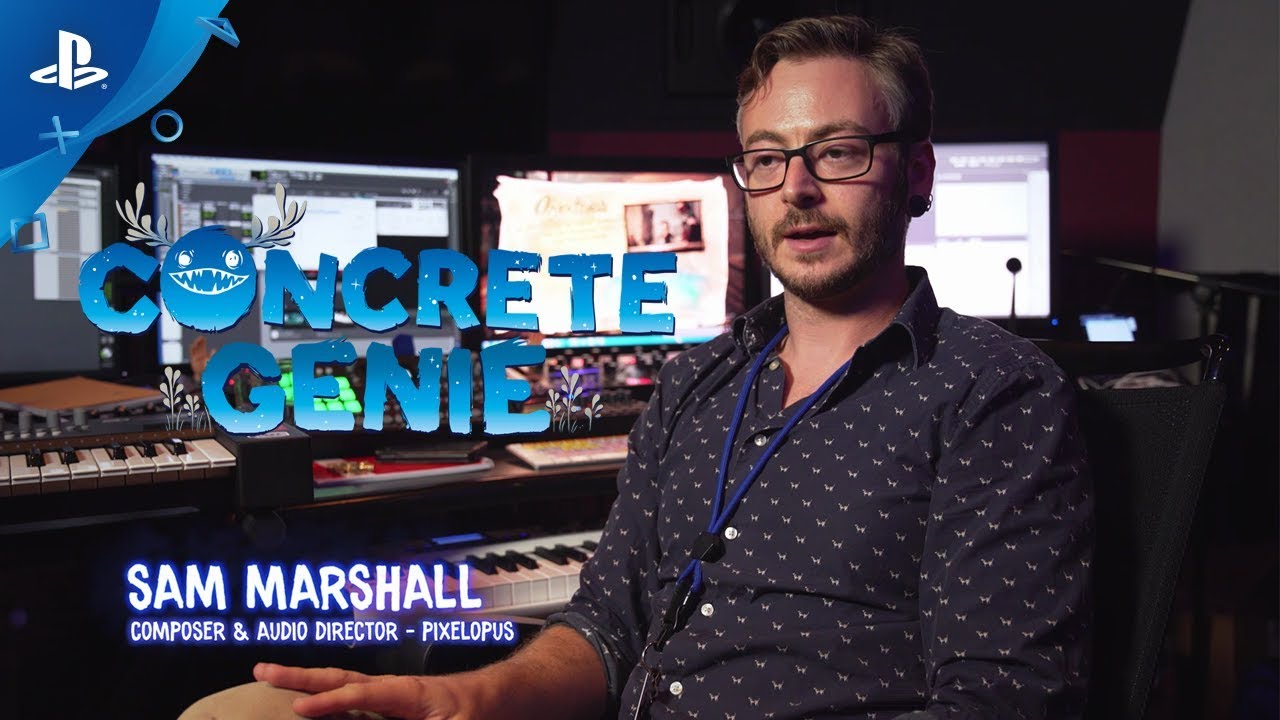 Greetings everyone! It’s your old pal Sam Marshall, Composer of the music of Concrete Genie. With Concrete Genie recently releasing on PlayStation 4, I’d like to share a few fun facts about the music in this wonderful game.

In the early days of the project, I went through a concept music phase much like the artists and designers on the Pixelopus team. After a lot of experimentation and some great discussions with the creative leads at Pixelopus, I decided to identify 3 narrative and emotional themes that I wanted to represent with the music. Childhood, Maturity and MAGIC! I then assigned each theme a specific musical instrument and used this palette to create the entire soundtrack.

Childhood – The Joy of Creativity

I thought to myself, what’s the most youthful instrument I can think of? The flute! It just screams childhood. It’s playful and fun but also very delicate and emotional. When you listen to the soundtrack see if you can notice how the flute’s role shifts throughout. At times, the flute is bright and joyful while other parts it cries out from the abyss to emote the feeling of Ash being forced to make some very important decisions.

The cello is an extremely mature instrument. It has a wide emotional range. It can be hopeful, sad, scary and heroic all in a single melody. The cello is the grounding emotional force of Concrete Genie and connects all of the deep emotional moments throughout the game. You might hear the same cello melody and have it ignite very different feelings in the soundtrack.

Our game is influenced by classic, coming-of-age 80s movies. Using analog synths was a great way to nod to these classic influences without getting toooo 80s. The warm analog synths turned out to be a great contrast to the very worldly sounds (and emotional themes) of the flute and cello. Just like the magic in our story, it is the glue that binds the whole experience together.

One last thing I want to mention is something we call The Brush Chimes. In the same way that we want everyone to feel like an artist, we also wanted to give the player the power to play music! All of our brush designs have unique musical instruments that play while you paint! The Brush Chimes will play nicely with the game’s main music as well — they’ll always play in the right key and in time with the score. They range from soft and pretty to weird and whacky! Be sure to try them all.

Were you able to notice the relationship between the instruments? We’d love to hear your thoughts below in the comments!

I hope you have a blast with Concrete Genie! You’ll definitely want to check out the Digital Deluxe version of Concrete Genie as it includes a digital soundtrack application and the amazing digital art book.