Celebrate with our biggest lineup of Outbreak Day content to date.

To say it’s been an exciting week for all of us here at Naughty Dog would be an understatement. On Tuesday, we released our brand new trailer for The Last of Us Part II, which featured all-new footage, the reveal of Joel, and confirmed that the game will be launching on June 19, 2020. As you may know, this week is important for another reason: today is Outbreak Day — our celebration of The Last of Us community that takes place every year on September 26. This marks our seventh anniversary of Outbreak Day, so we wanted to make it special. There’s a lot to cover, so let’s get straight to it!

The Last of Us Part II: Inside The Demo

Earlier this week, journalists from all over the globe had their first-ever hands-on with The Last of Us Part II. Alongside their in-depth coverage and impressions you can find online right now, we’ve released The Last of Us Part II: Inside the Demo, a special behind-the-scenes video that showcases new footage and shares more details about the story and gameplay featured in the two new demo levels. 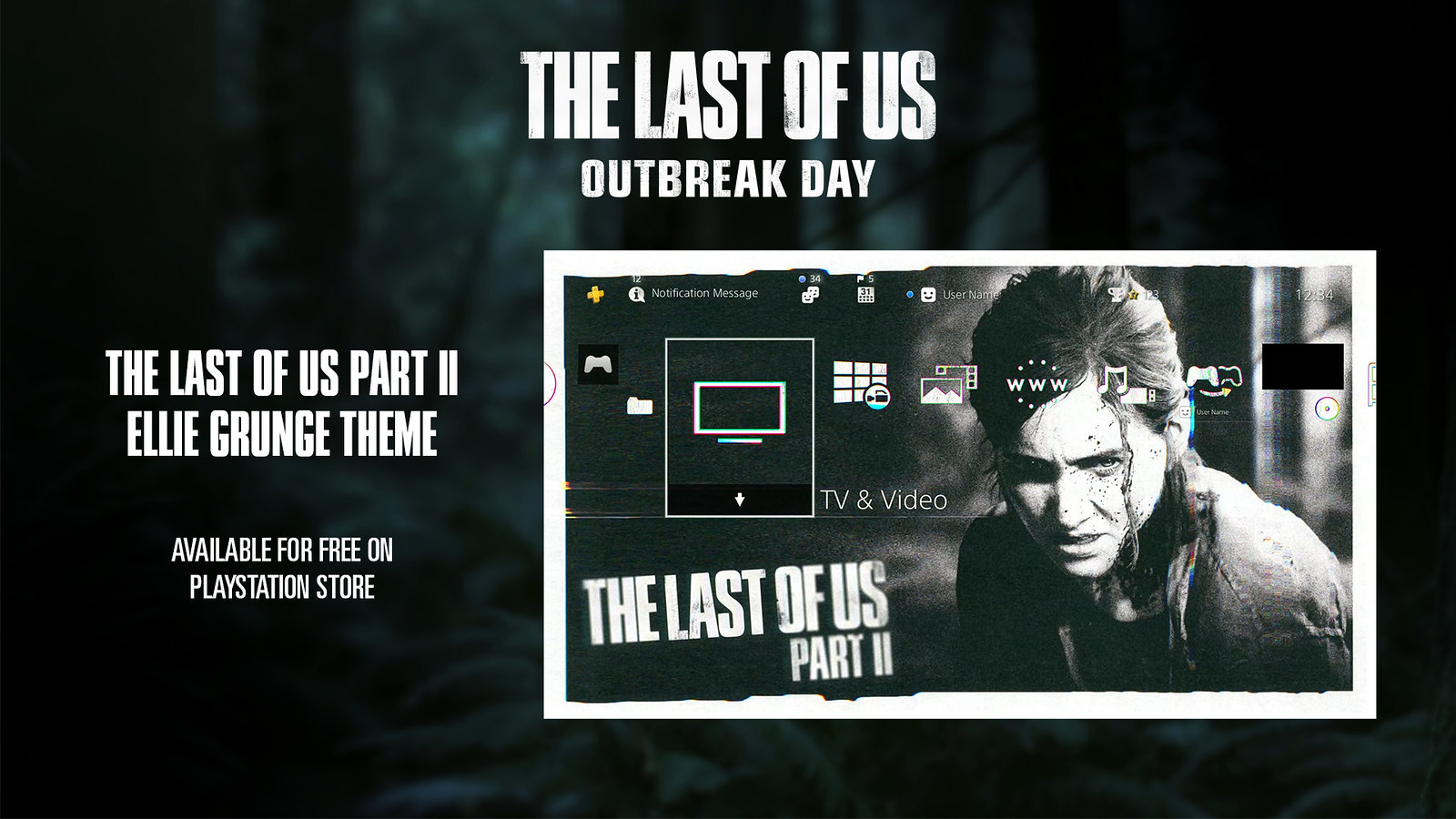 The Last of Us Part II Ellie Cosplay Guide

Since announcing The Last of Us Part II nearly three years ago, we have been floored by the enthusiasm we’ve seen from the cosplay community. Week after week, fans from all over the world have shared photos of their meticulously crafted Ellie cosplay. As a small token of our appreciation and to help aspiring cosplayers, we’ve created an extensive cosplay guide that features high-resolution renders and insights about every aspect of Ellie’s character design — from her distinctive frayed work shirt to the style of her hair. It’s available to download now via TheLastofUs.com/OutbreakDay. Be sure to share your cosplay, fan art, and other creations with us at NaughtyDog.com/ugc. 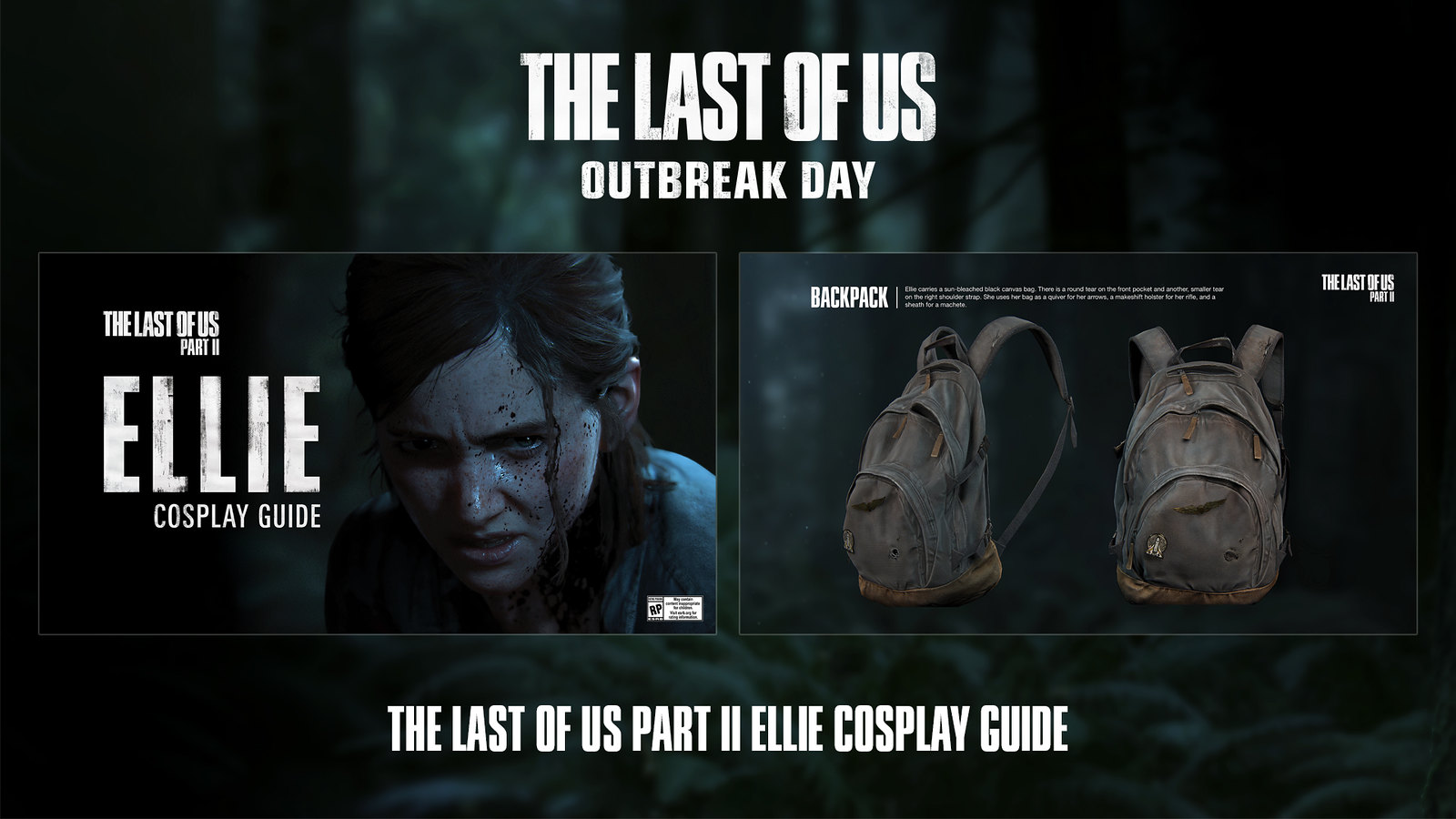 New The Last of Us Part II Gear 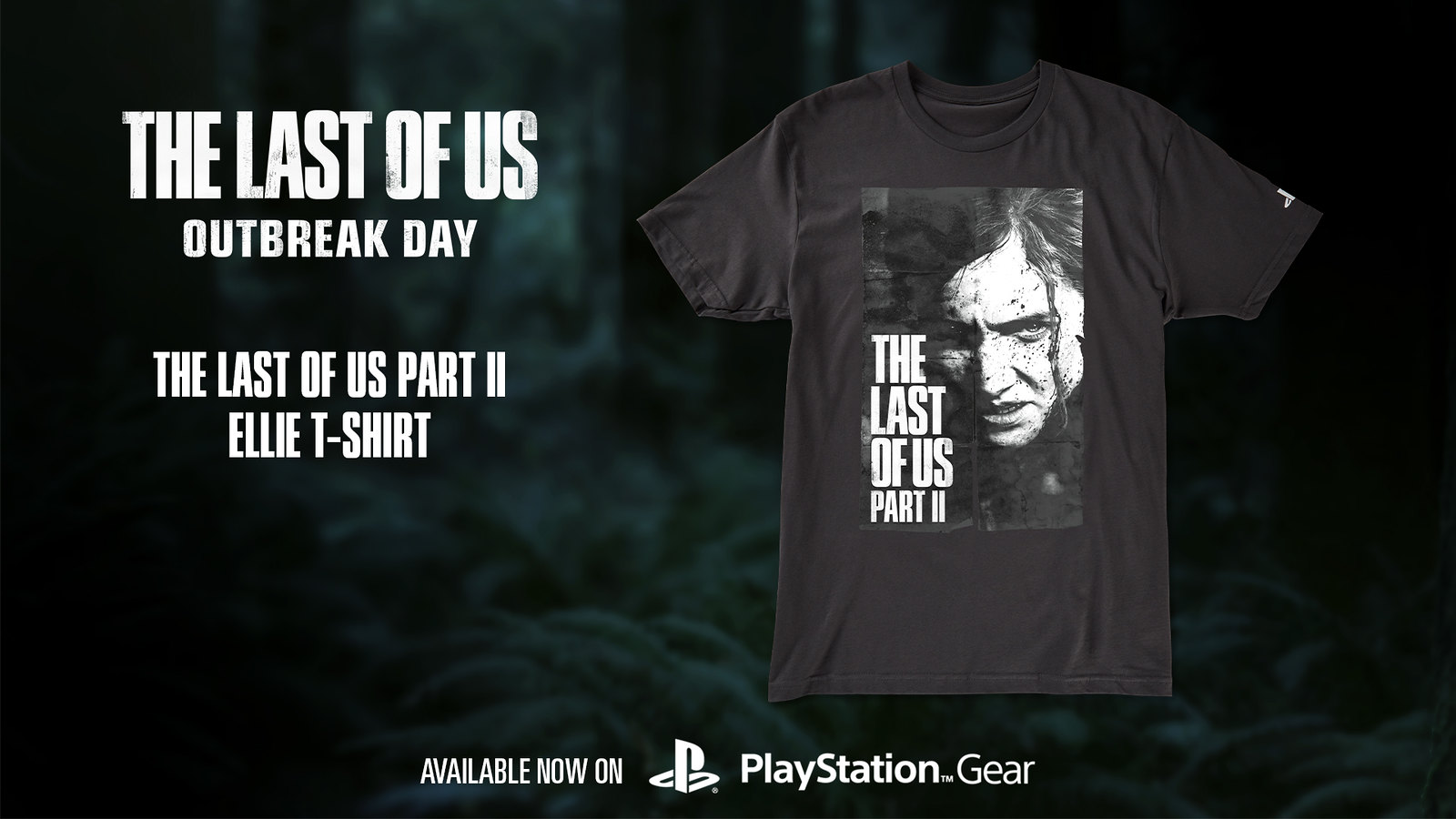 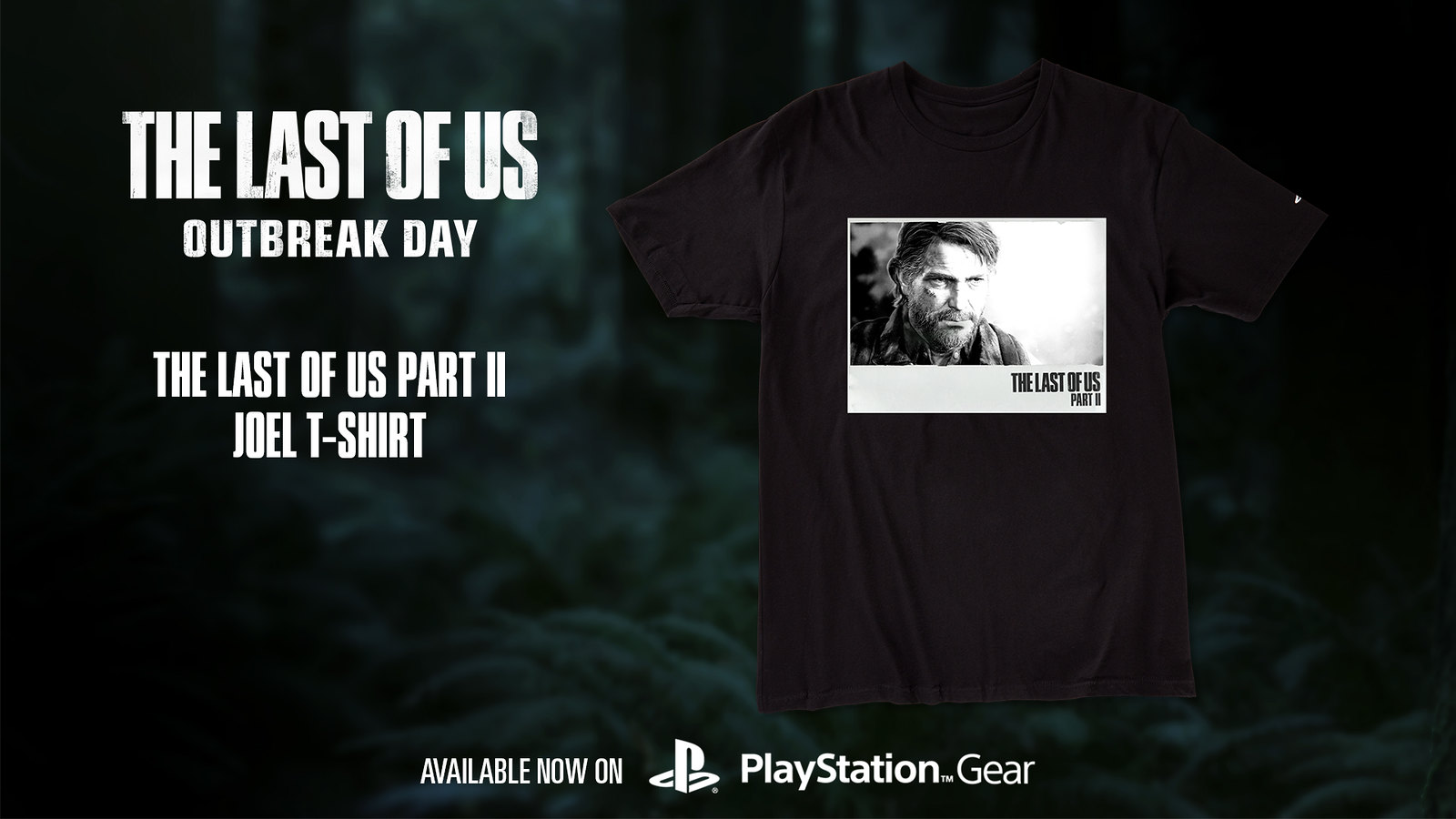 For the collectors out there, we’ve teamed up with our friends at Dark Horse to create a new limited-edition The Last of Us Part II Ellie Statue and the official art book for The Last of Us Part II. Standing at 12” tall, this premium polyresin statue was designed by our own character artists and features Ellie standing with her bow at the ready. It’s up for pre-order now via Dark Horse Direct and is expected to ship in summer 2020. 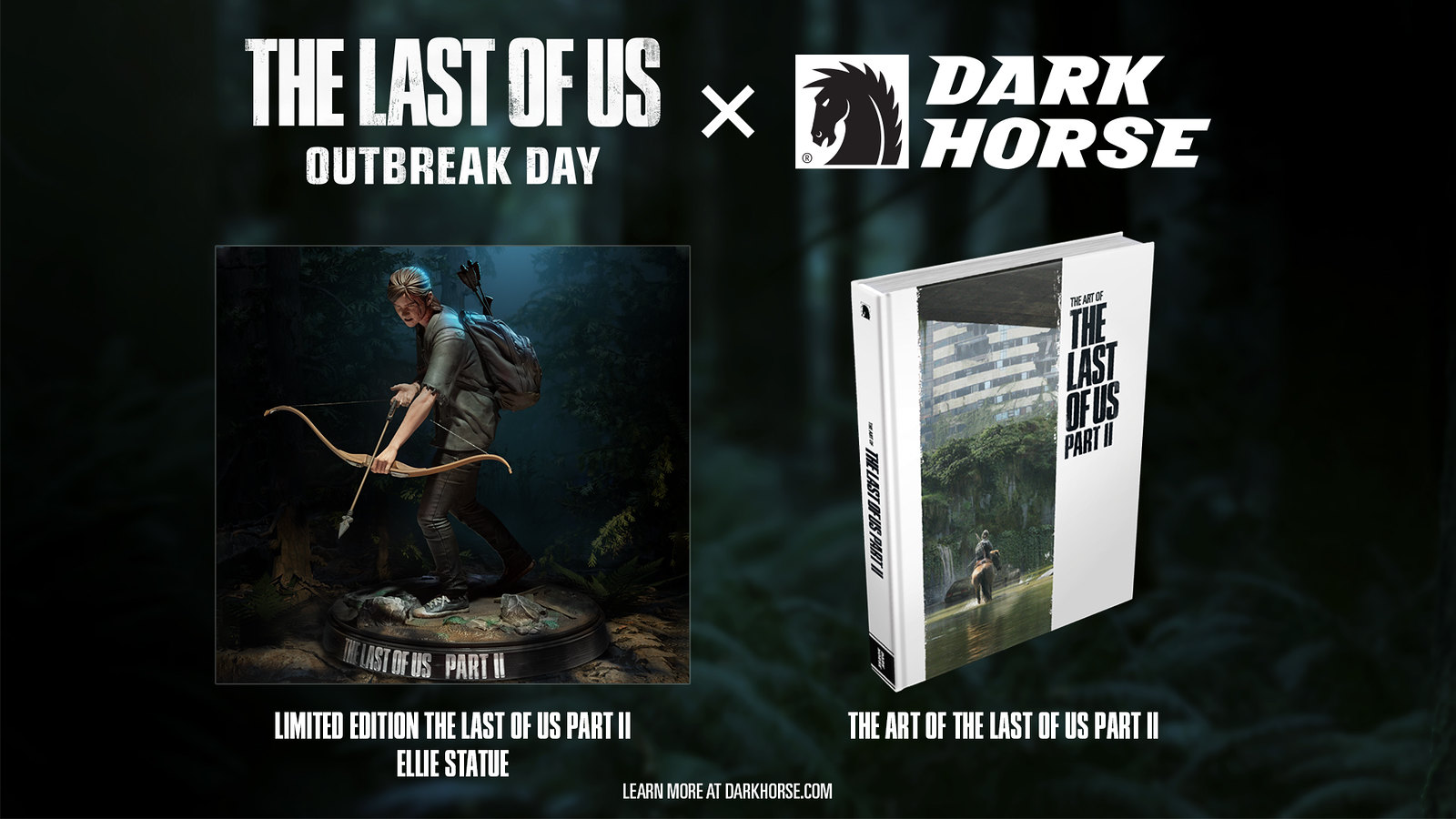 If you missed our limited-edition The Last of Us Part II Outbreak Day posters from years past, don’t worry! To coincide with The Last of Us Remastered joining the PlayStation Plus lineup for the month of October*, next week we’re kicking off a Photo Mode contest where you can enter for an opportunity to win a set of all three Outbreak Day posters, signed by the development team here at Naughty Dog. 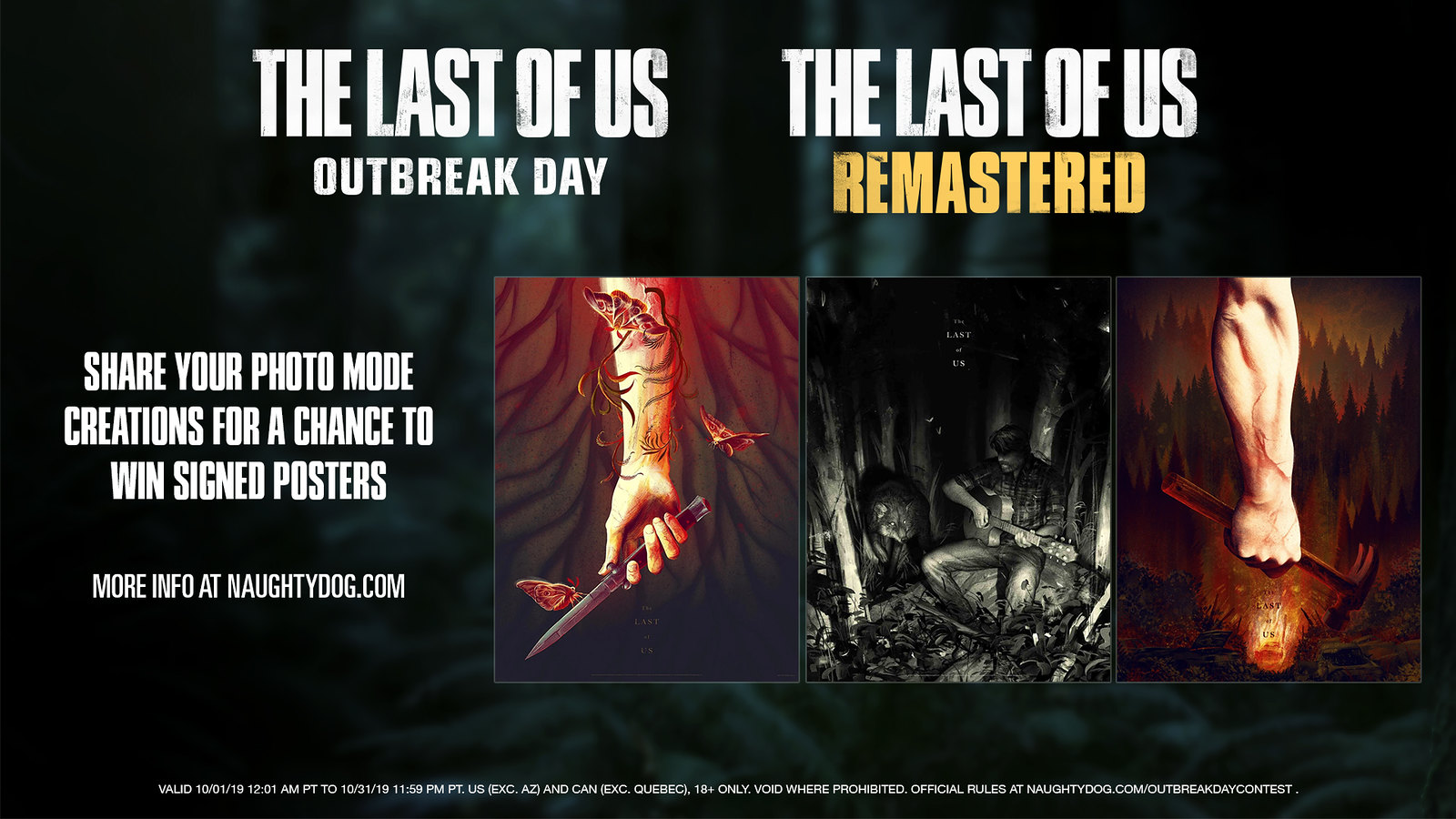 Beginning on October 1, all you have to do is fire up The Last of Us Remastered, capture your Photo Mode masterpiece, and share it with us via NaughtyDog.com/ugc and include your name, address, and date of birth for a chance to win. We’ll be selecting one winner a week every Friday from October 4 to November 1 and featuring the winners on Naughty Dog’s social media channels. The contest is open to fans who are 18 years or older and legal residents of the United States (excluding Arizona) and Canada (excluding Quebec). Void in Puerto Rico, all U.S. territories and possessions and overseas military installations and where prohibited or restricted by law.

On behalf of the entire studio, thank you for all of your passion and support for The Last of Us and helping us celebrate Outbreak Day year in and year out! For all the latest, be sure to follow us on Twitter, Facebook, and Instagram.

*The Last of Us Remastered will be available to active PS Plus members between October 1 and November 4, 2019.